Throughout Penang’s history, the rural town of Ayer Itam had been a place of refuge for George Town’s city folks whenever a calamity befalls the city: from the Penang Riots of 1867, which was essentially a large-scale triad war, to the Japanese invasion of Penang in 1941 during the onset of World War II. So, Ayer Itam functioned as a sort of “Helm’s Deep” to George Townians in the Tolkien sense.

DeView Hotel at Ayer Itam has come up with a win-win “Taste of Ayer Itam” promotion, where one can purchase hawker fare at the street-level hotel grounds, then consume your take-outs at the hotel’s roof-top, which looks out to the Kek Lok Si temple complex, the largest in South-east Asia. 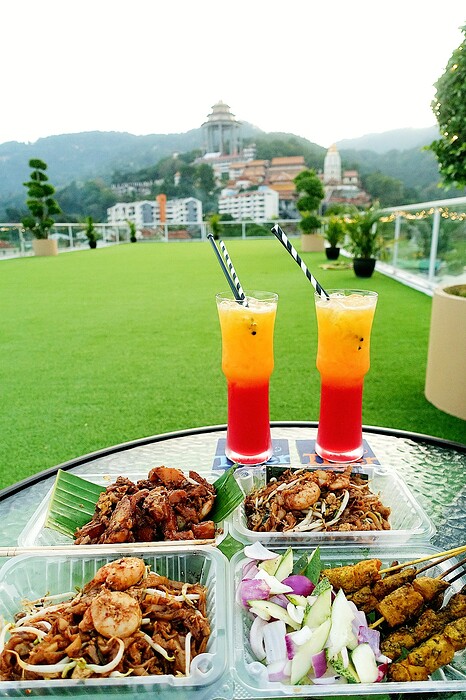 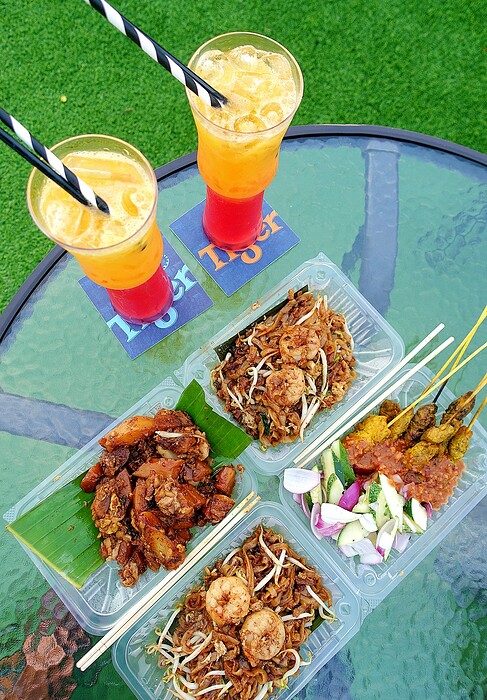 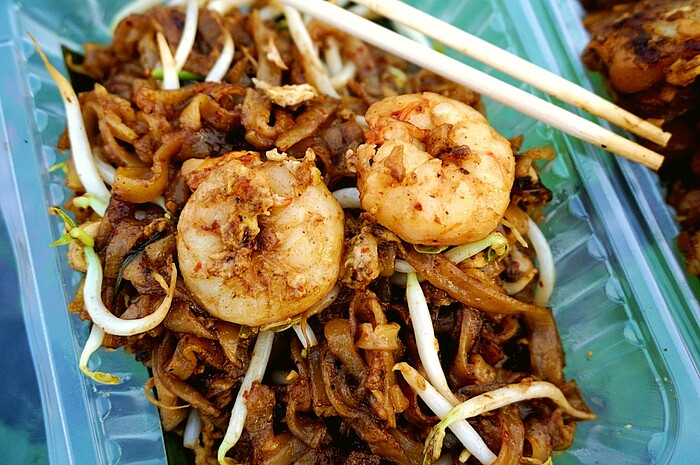 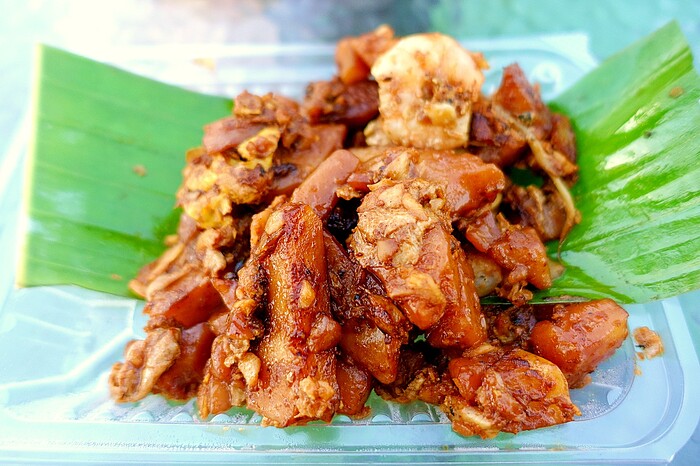 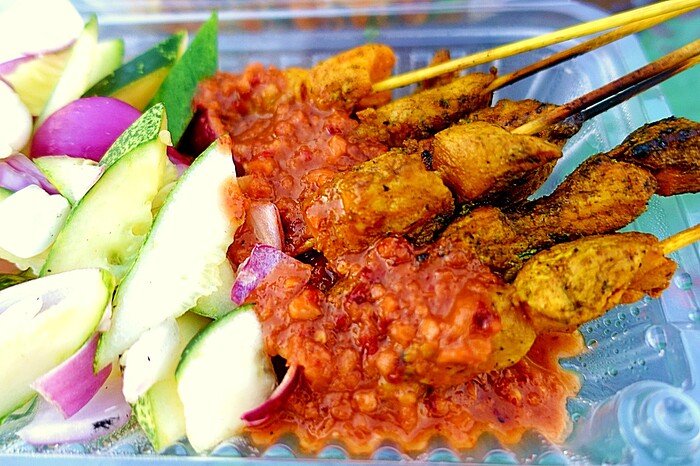 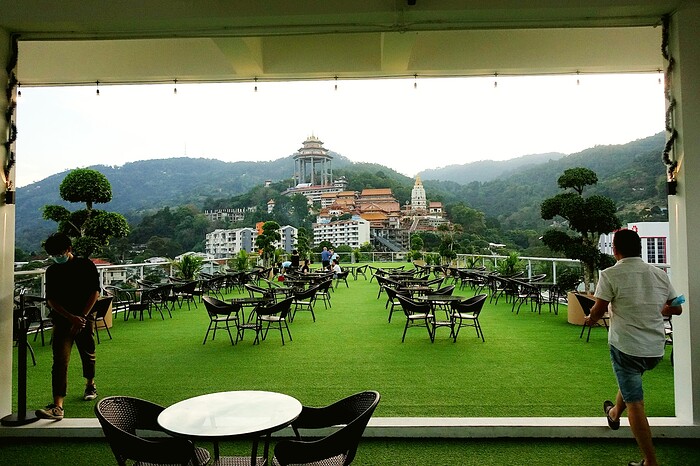 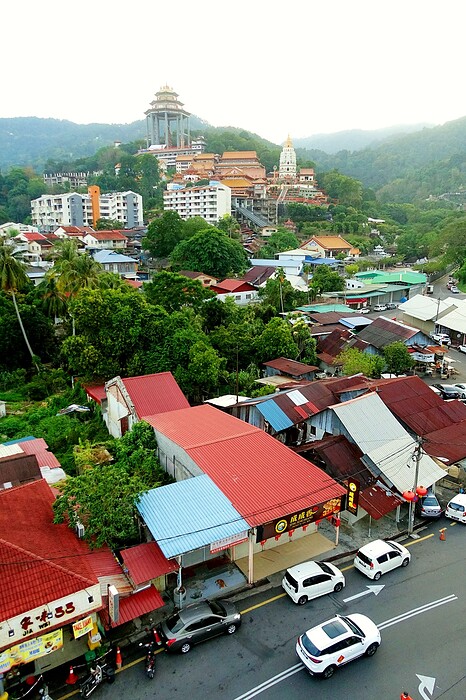 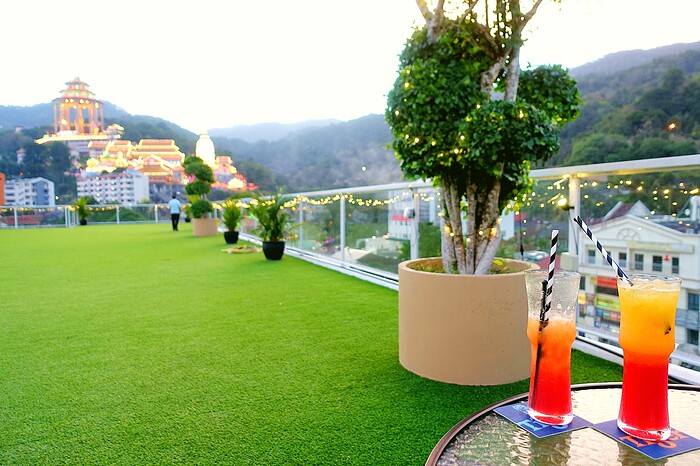 The view really became dramatic after sunset, when the temple complex’s lights came on: 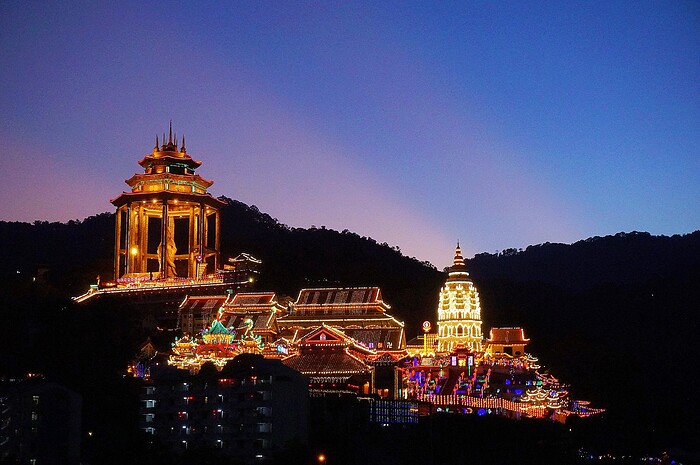 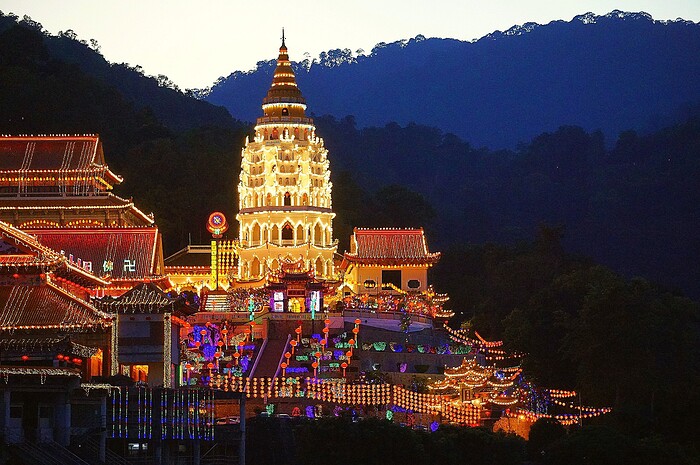 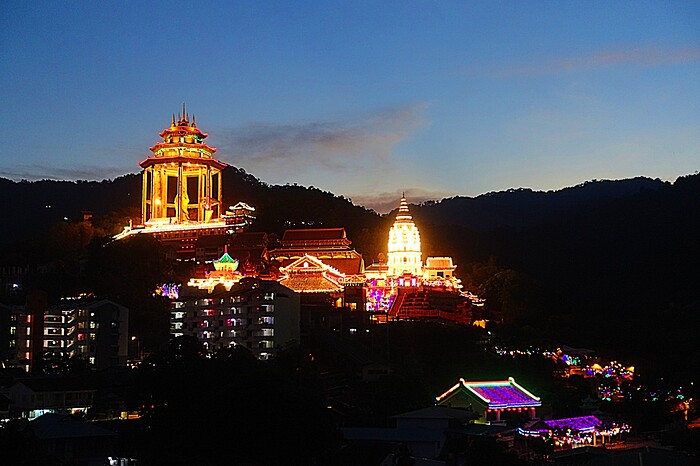 I really hope you’ll be able to make a trip out here to the Far East one day, John - I’ll be more than happy to show you around. This whole place exudes a magical atmosphere - so many well-known personalities have come to Penang and been enraptured by its mystique through the ages: from Rudyard Kipling to Somerset Maugham and Noel Coward, from Albert Einstein to Mary Pickford and Douglas Fairbanks. The island encapsulated the exoticism of the East.

I was at the Kek Lok Si Temple Complex again this evening, this time to climb the Pagoda of the Ten Thousand Buddhas. The views from each of the many windows there were stupendous - my photos do not justice at all to the beauty of the place: 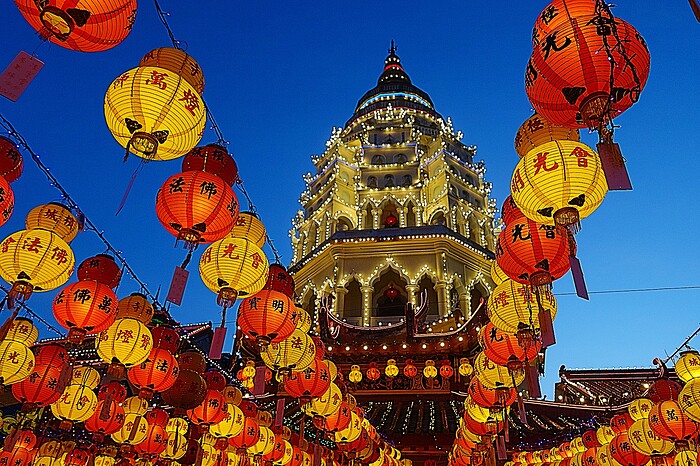 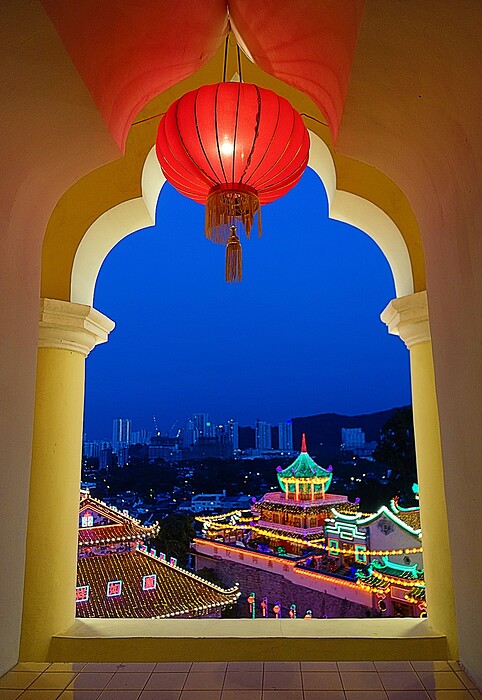 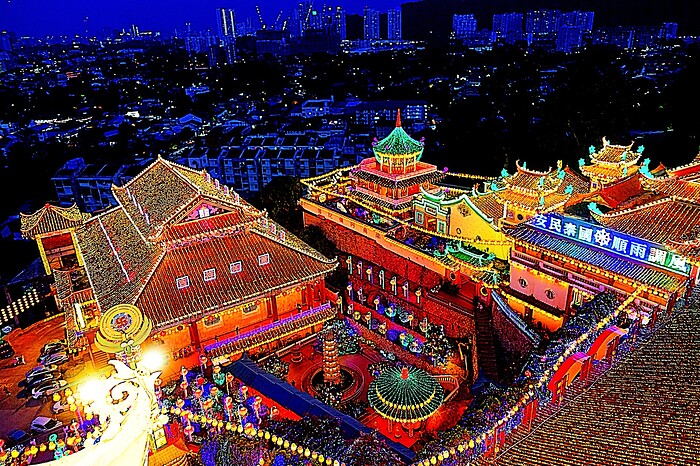 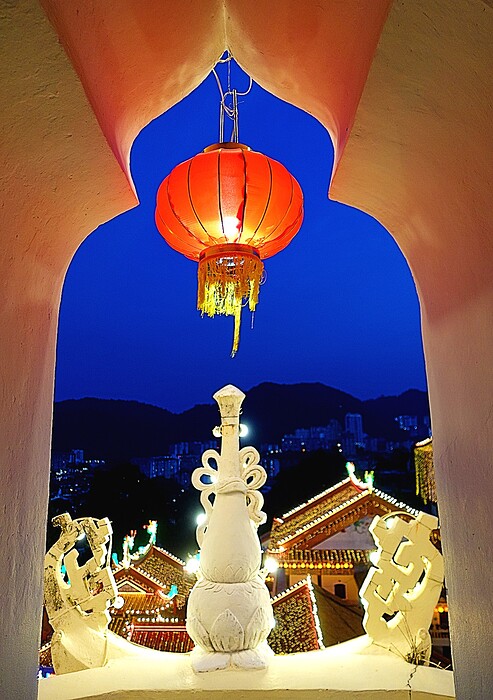 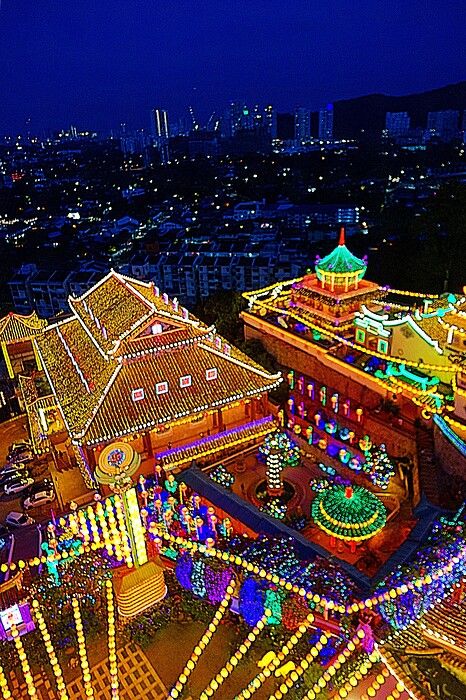 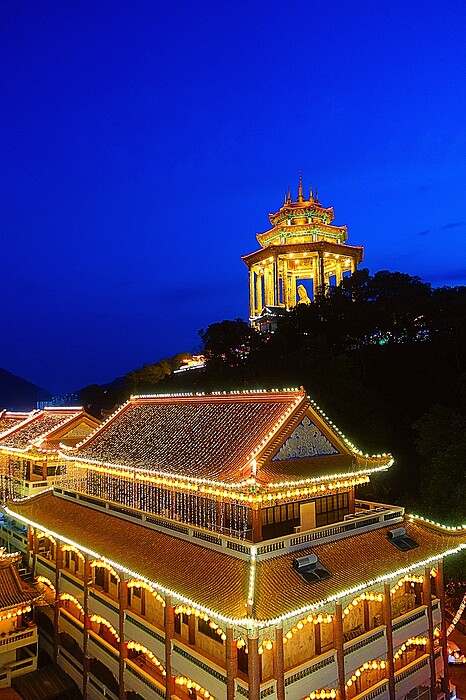 The whole temple complex is surrounded by some of the best-known hawker food places on the island. We were too caught up with taking in the sights to take a break for dinner, so I bought some roti jala (egg-net crepes with chicken curry) and kueh dadar (pandan-scented crepes filled with grated coconut-palm sugar) for a light supper at home: 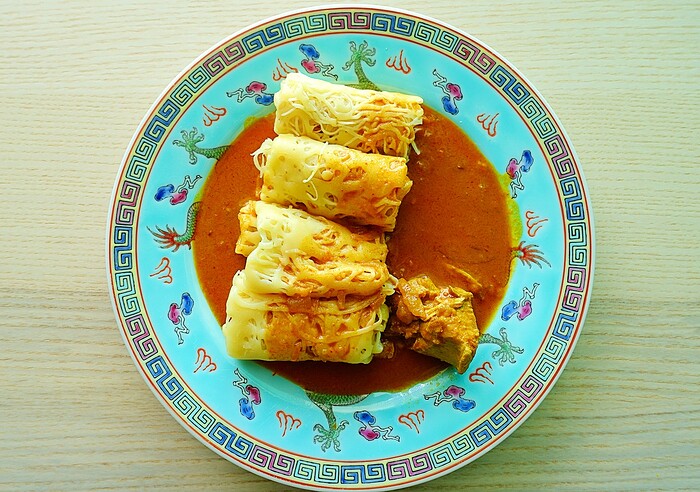 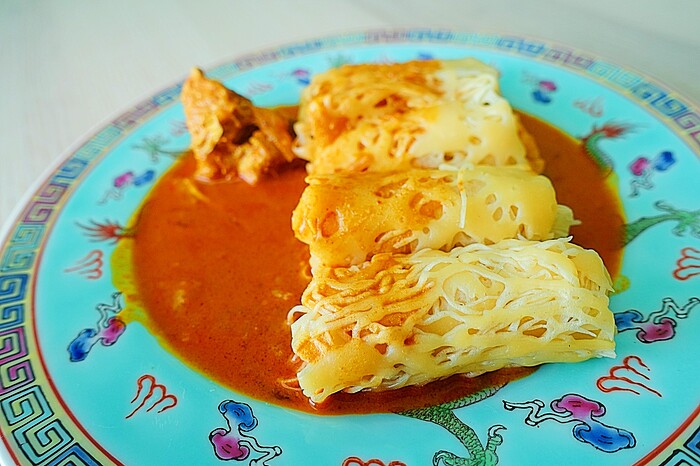 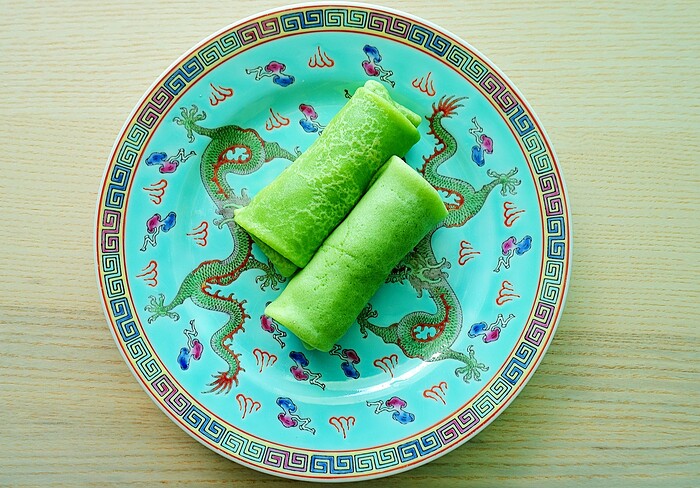 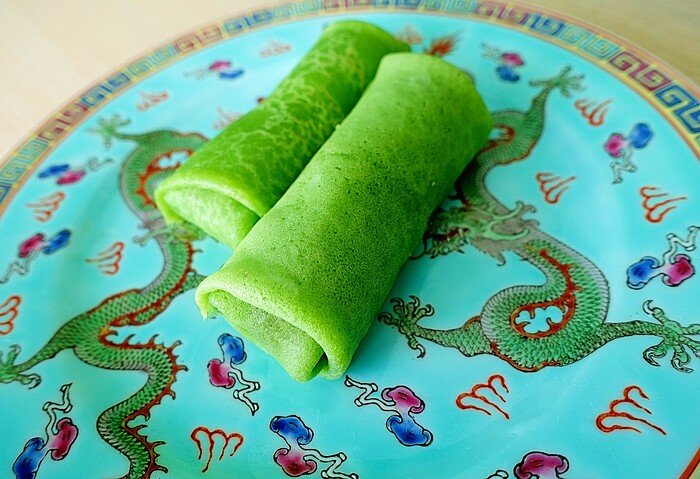 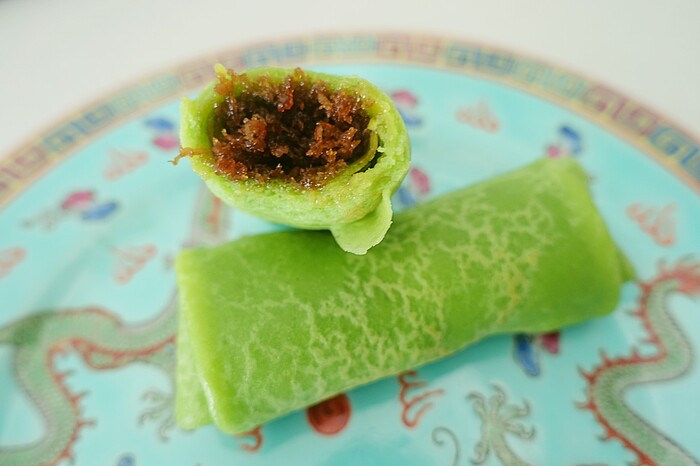 I really hope you’ll be able to make a trip out here to the Far East one day,

I hope so too, Peter.