Hai Oan is one of the last of its kind in Penang, a family-style Hainanese restaurant which harked back to the late-40s, founded after Penang’s liberation from Japanese military occupation post-World War II.

The patriarch who founded the restaurant was Cheah Sit Chuan, a fresh-off-the-boat emigre from Hainan Island, China. Hoping to build a new life in British Malaya as China was then engulfed in a civil war between Mao Tse-Tung’s Communists and Generalissimo Chiang Kai-shek’s Kuomintang, the enterprising Cheah tapped into Penang’s Hainanese culinary world, learning to cook Penang-Nyonya dishes which were to form the basis of his new restaurant’s offerings: gulai tumis, choon phneah, chicken chop, roti babi, curry Kapitan, asam prawns, etc. 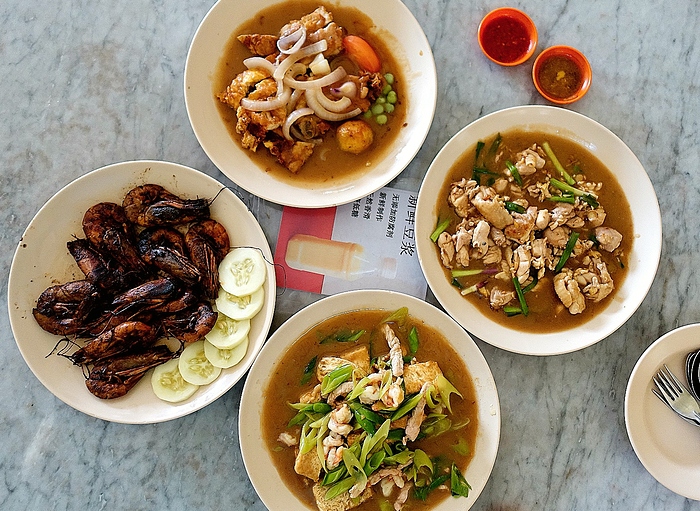 Assisted by his eldest son, Cheah Sze Pang, the elder Cheah’s Hai Oan competed with other top Hainanese eateries in the vicinity at the time: Loke Thye Kee, Kuan Loke, and Wing Look. Today, second son, Cheah Sze Phatt, runs the kitchen, whilst his sister, the friendly Cheah Soo Moi, takes orders and manages the front of the restaurant. 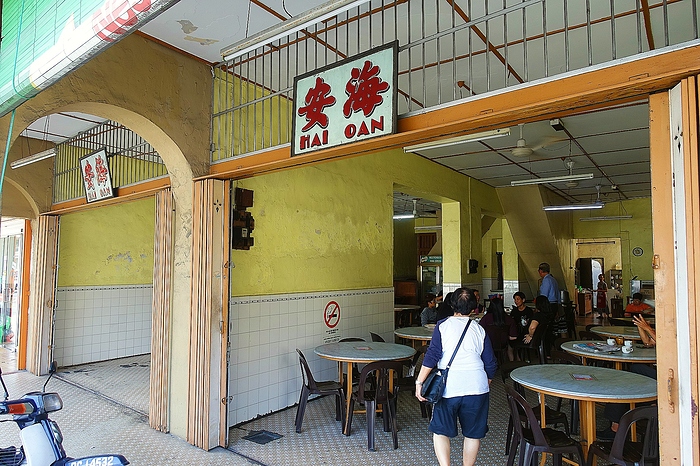 Our lunch here consisted of some Hainanese appetizers/snack items, plus cooked main dishes: 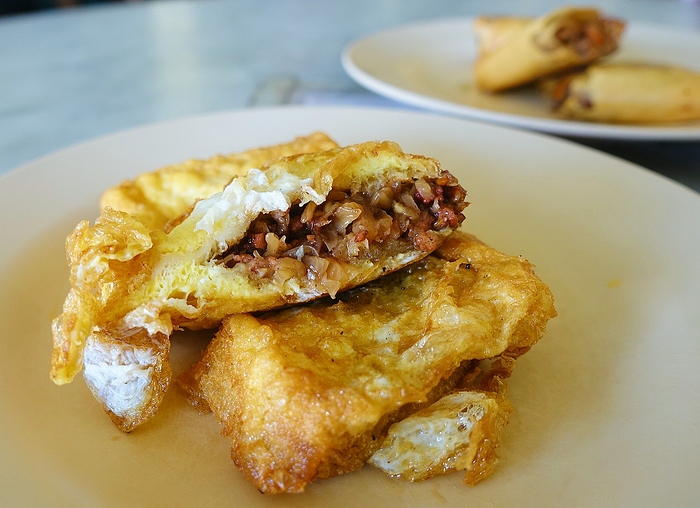 3)Asam prawns - these are shell-on prawns marinated in tamarind paste, then deep-fried. The tamarind marinade gives the prawns are “blackened” appearance, besides a deliciously addictive piquant flavour. 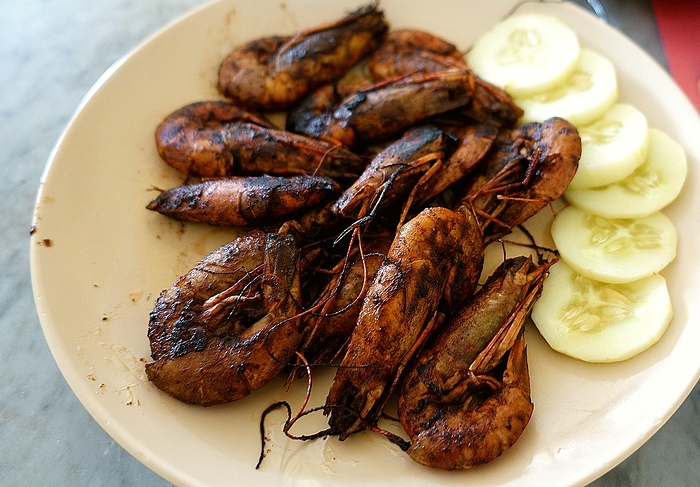 Hai Oan has a retro feel about it, and the dishes are those which one remembers from the 50s/60s era, and getting harder and harder to find in Malaysia/Singapore. 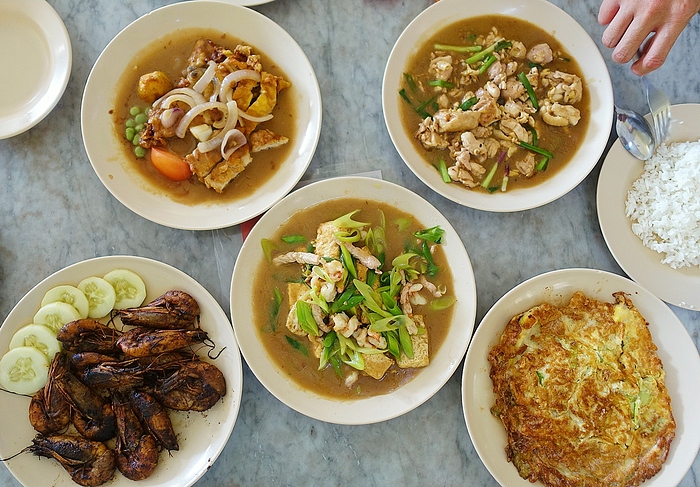 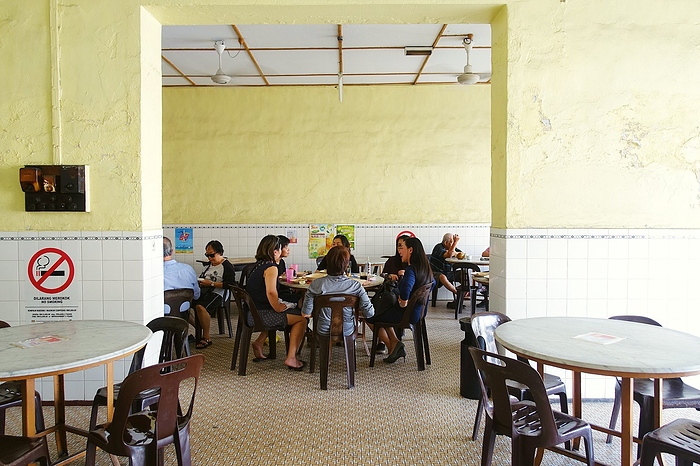 I treasure this kind of places. Don’t care for French toast but Hai Oan’s version is more my style.

Thanks for the background story. All the people who had the means to leave did manage to leave. Wonder if they “punished” the relatives left behind. But that’s another thread.

I’m not keen on the American style French toast, either. Too sweet. Whereas the entirely savoury British “eggy bread” is a fine breakfast dish, with ketchup or brown sauce.

But I doubt it beats the version here. A pork filling and Worcestershire. Fab.

Looks good too. What is the brown sauce?

What is the brown sauce?

The brand leader in the UK is HP brown sauce. Main flavourings are tomato & vinegar. 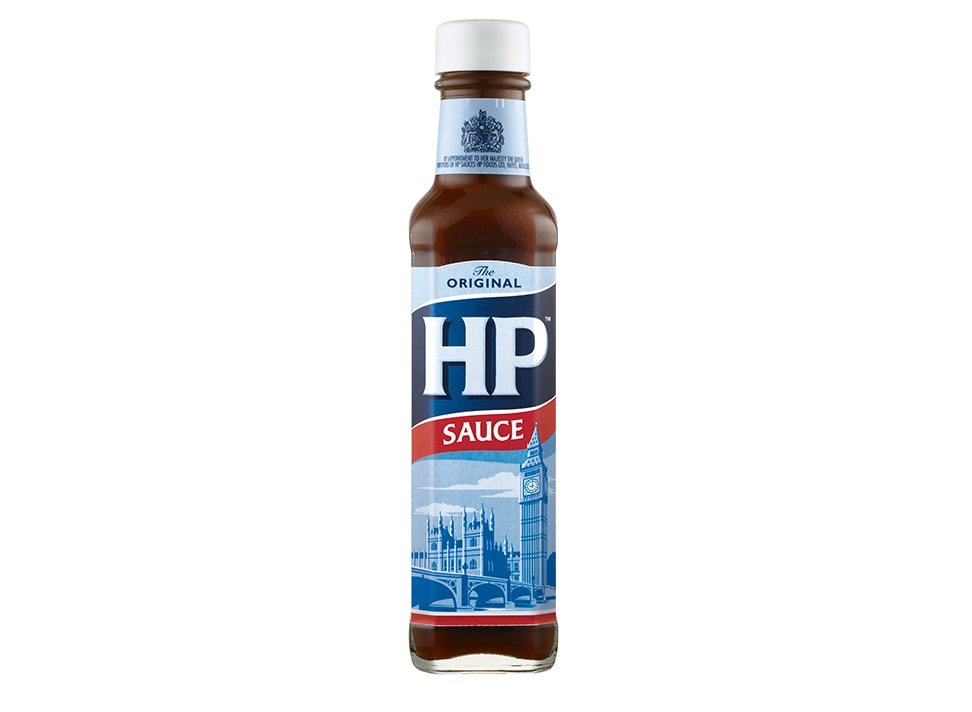 HP sauce, the original brown sauce which since 1899 has set the standard for quality. Everyone's favourite, this legendary and uniquely distinctive sauce is the result of our dedication to sourcing the highest quality ingredients and using a closely...

Ask any two Britons which sauce is best with their cooked breakfast - ketchup or brown sauce - and you will be guaranteed a lively debate.

We too are not keen on “French” toast, though the trend to call it pain perdu summons a chuckle.

What a great report. And terrific evocative photos too. Thank you, Peter for posting this.

Generally, the main vegetable we use is jicama/yam bean, but water-chestnuts or cabbage can be substitutes. One can also add finely-diced carrots or French beans to the jicama, to make for a more varied taste/texture. The seasoning would be savory, and not sweet at all.

I’ve just e-mailed to you an excerpt from this cookbook, which I think you can try: 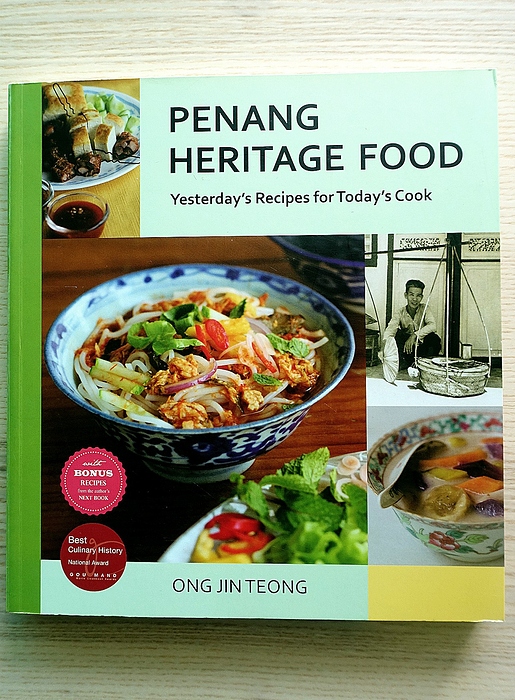 the main vegetable we use is jicama/yam bean

Thanks a lot for the excerpt, it helps!

Not too sure I can find yam bean easily, although I think it is possible. I’ll ask around.
Is yam bean common in Malaysian cuisine?

It’s also an important ingredient in fruit rojak in both Malaysia and Singapore.