Hainanese chicken rice, the Malaysian/Singaporean derivative of Wenchang chicken rice from Hainan Island, China, is one of the most popular lunch options in George Town. A dish with a 400-year-old history, the Hainanese called it “guey bui” (Penang-Hokkien: “kay pui”, Singapore-Hokkien “kuay p’ng”).

The iconic Kek Seng kopitiam (Est. 1906) on Penang Road is currently known for its popular Hainanese chicken rice stall. If one thinks the chicken rice stall, with its Thai inscriptions on its signboard, looks similar to the one at the now-defunct 𝗛𝗼𝗰𝗸 𝗦𝗲𝗼𝗻𝗴 𝗖𝗵𝗼𝗼𝗻 kopitiam opposite Komtar, that’s because it is one and the same. 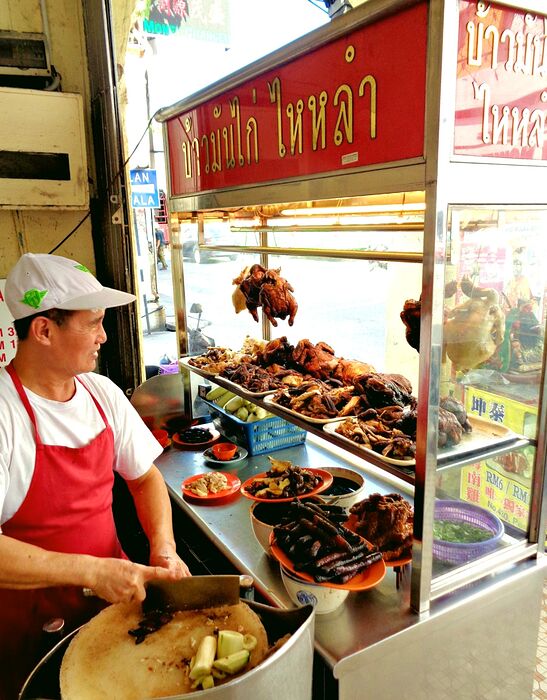 The kopitiam, then located right across the road from the new shopping hub of Komtar in the mid-80s, resulted in many Thai visitors/tourists stopping there for lunch. 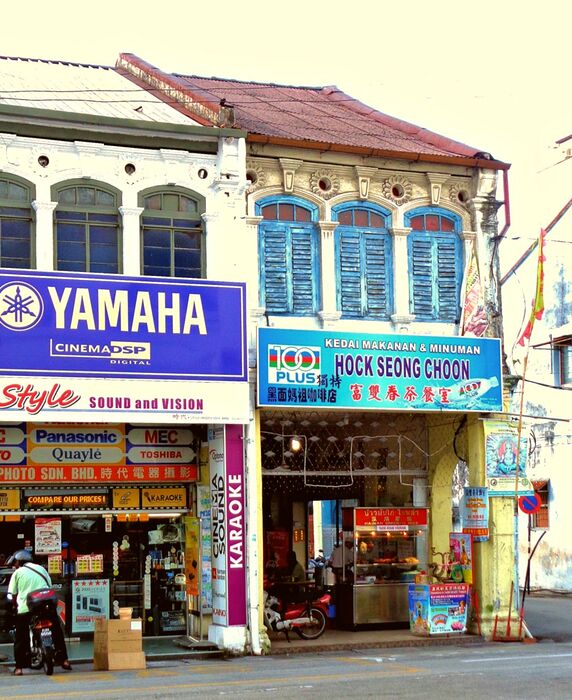 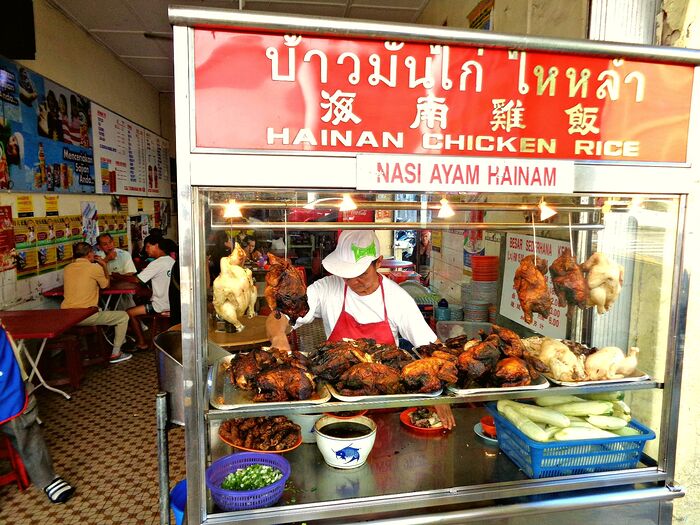 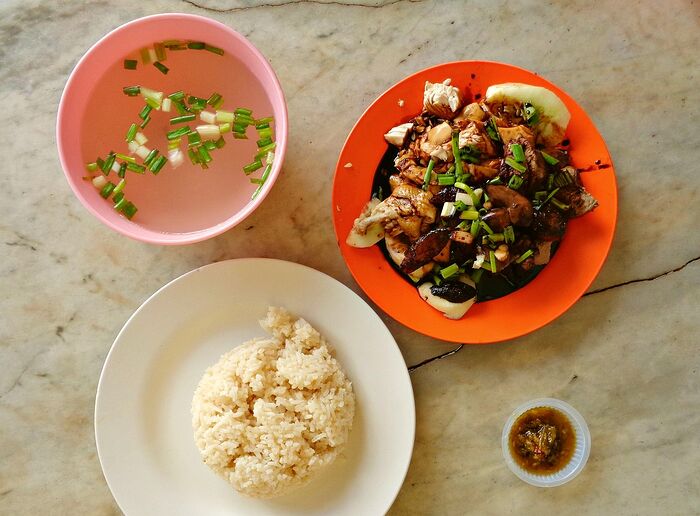 Over time, 𝗛𝗼𝗰𝗸 𝗦𝗲𝗼𝗻𝗴 𝗖𝗵𝗼𝗼𝗻 became known for its roast chicken as an accompaniment for its chicken rice. 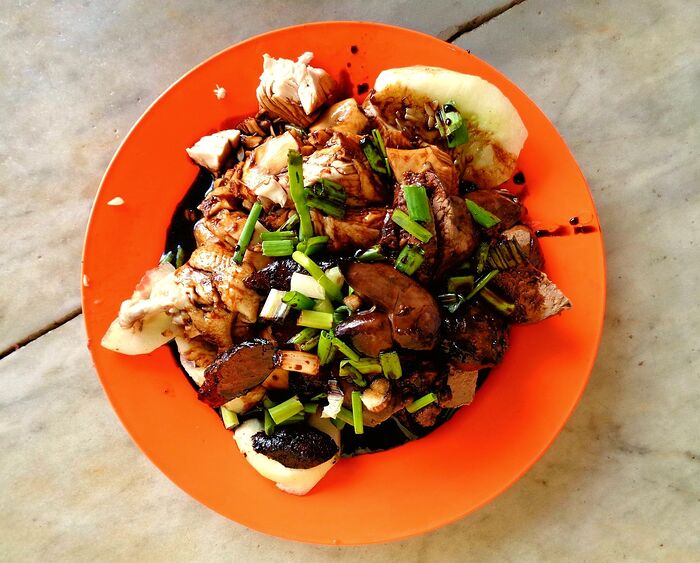 76-year-old Mr 𝙂𝙤𝙝 𝙅𝙤𝙤𝙣 𝙆𝙤𝙠 retired 3 years ago. His nephew (son of his cousin sister), 39-year-old 𝙃𝙚𝙣𝙜 𝘾𝙝𝙚𝙣𝙜 𝙆𝙤𝙤𝙞, has taken over the running of the stall, now located at Kek Seng, a couple of minutes’ walk down Penang Road from its old location. A true-blue Hainanese chef (the nephew speaks only in Hainanese with his uncle), Mr Heng reproduces his uncle’s style of chicken rice exactly: with its signature dark soy sauce dressing, and green chili (instead of red chili) dip. 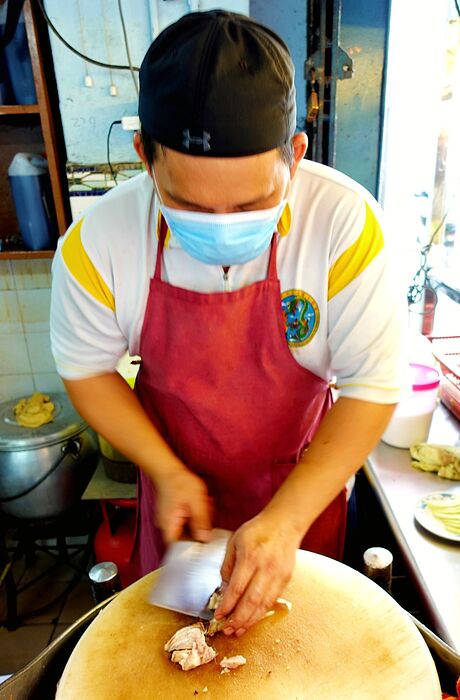 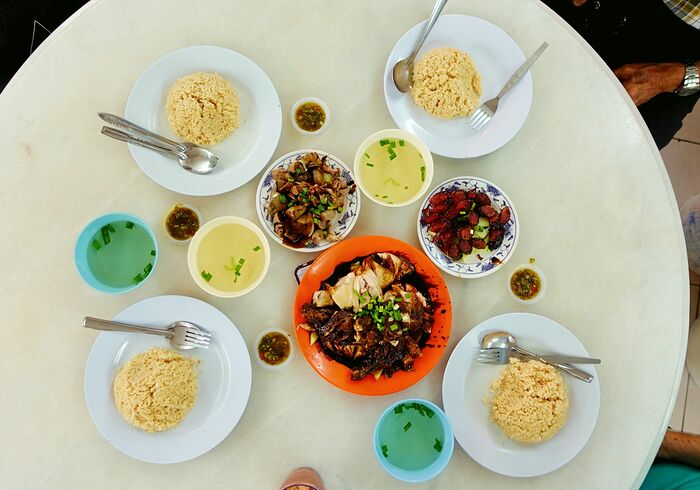 Our order of a mixture of poached and roasted chicken: 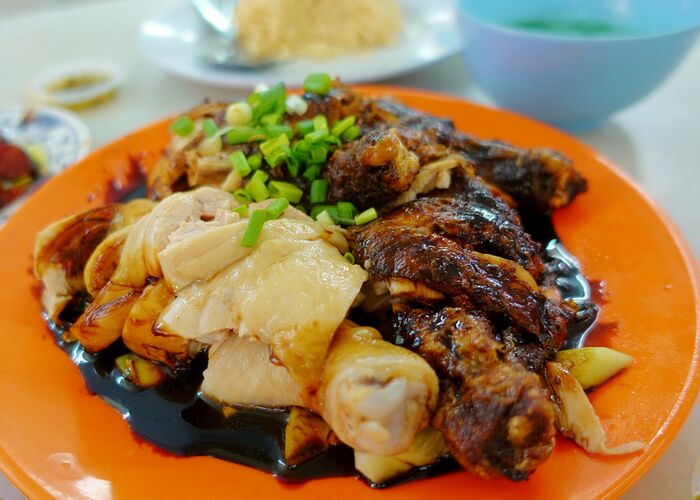 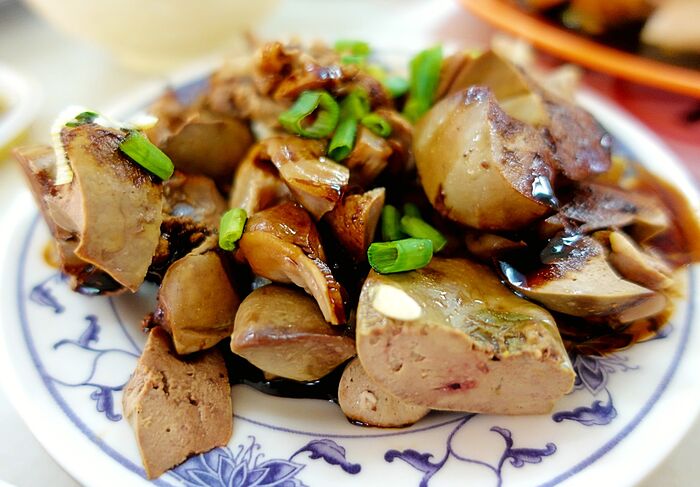 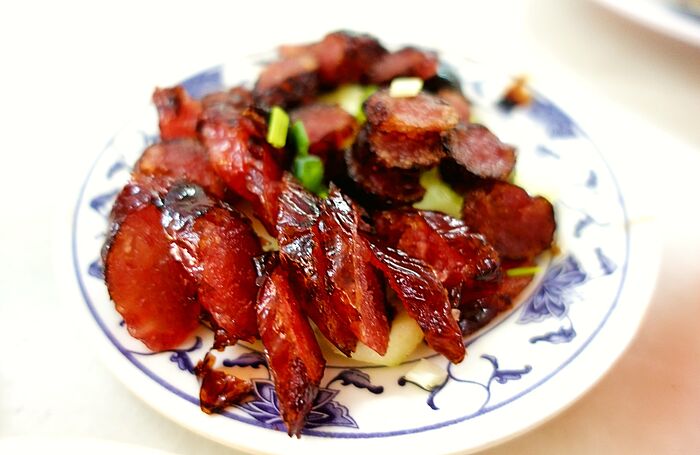 Chinese-flavoured rice - the rice grains would’ve been lightly sautéed with chicken fat, before chicken stock (flavored with ginger and scallions) were added. Pandan leaves would also be added for its fragrance, and the rice would be gently boiled till cooked. 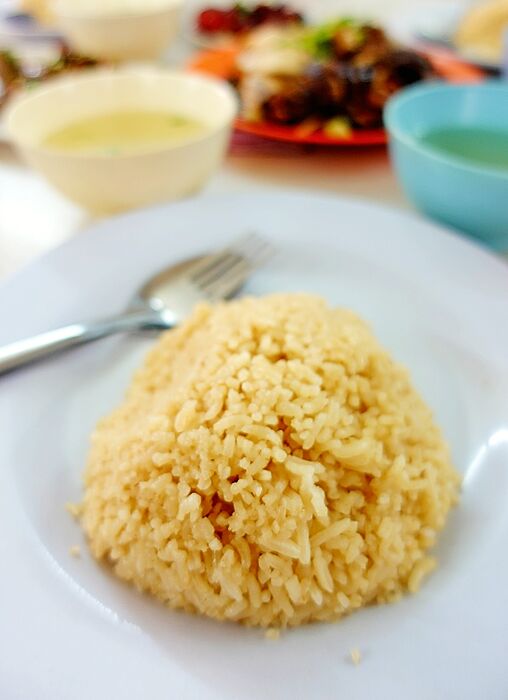 Kek Seng has that charming, old 1960s feel, with its aging booth seats. 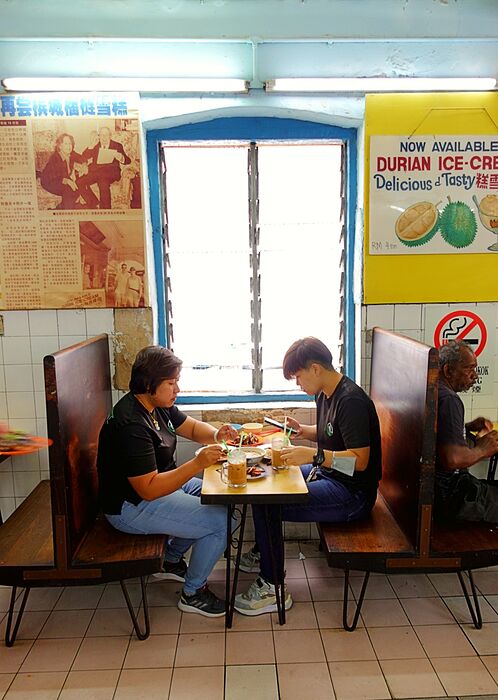 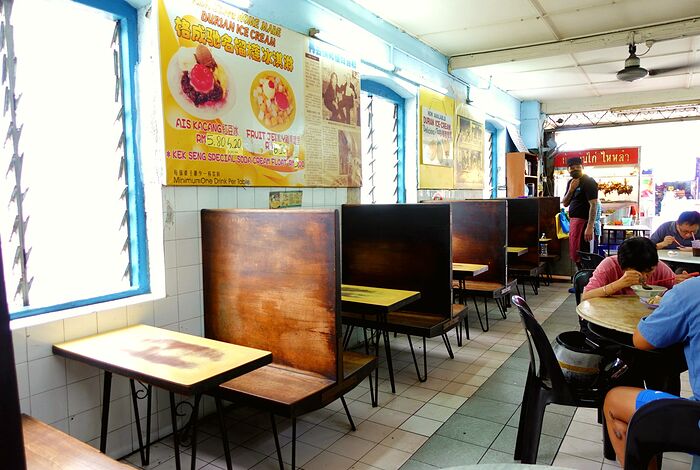