Hainanese chicken rice, our local derivative of Wenchang chicken rice from Hainan Island, is one of the most popular lunch options in George Town. A dish with a 400-year-old history, the Hainanese called it “guey bui” (Penang-Hokkien: “kay pui”). 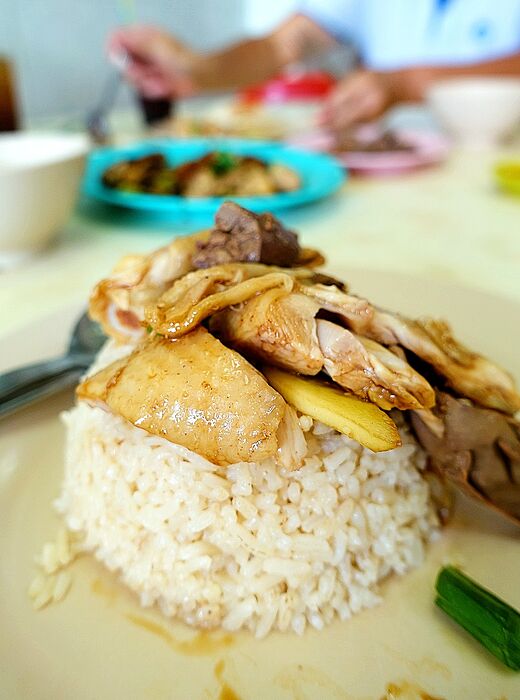 Lunch today was at one of Chulia Street’s stalwart Hainanese chicken rice spots: the eponymously-named Goh Thew Chik, founded by a Hainanese emigrant from Wenchang, Hainan Island, who came to Penang post-World War II, to escape the Chinese civil war. 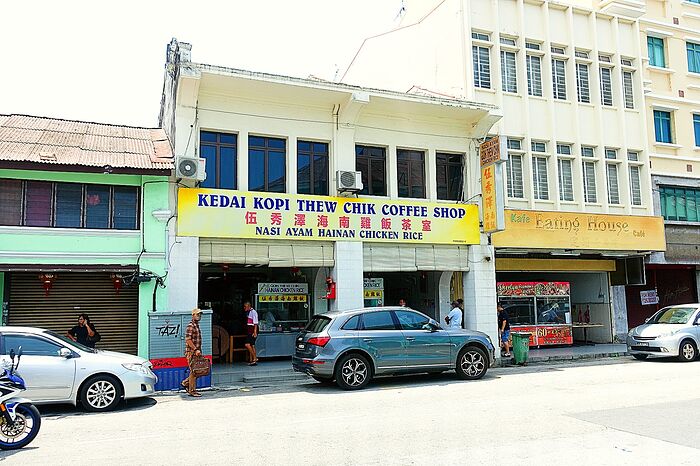 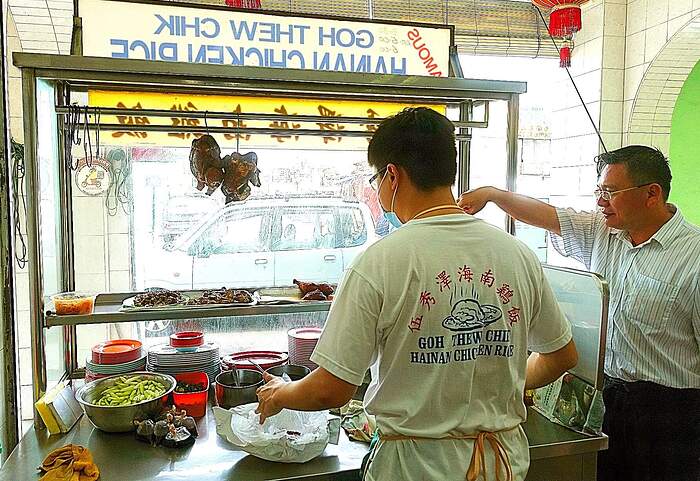 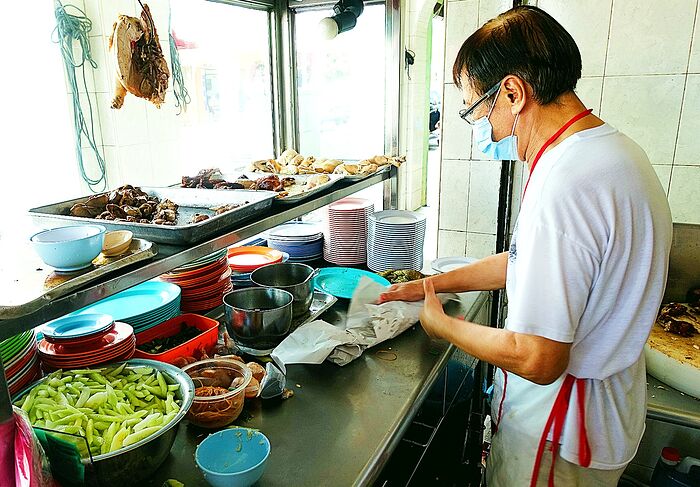 Goh Thew Chik’s close rivals are Pak Hock, still operating right across the road from it, and the now-defunct Sin Kuan Hwa (whose premises is now a pub, Rockafellas). 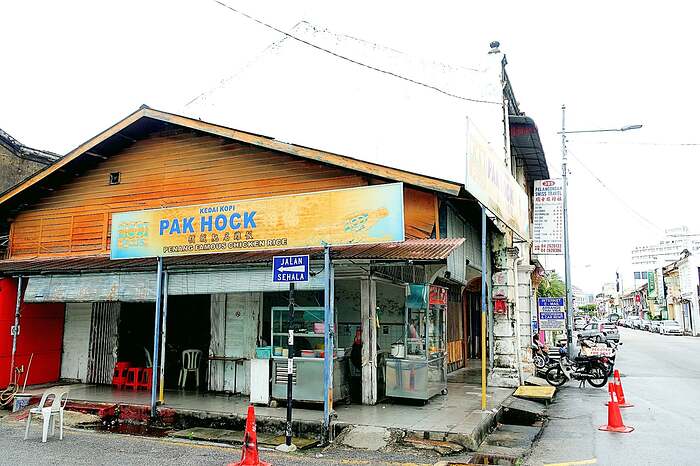 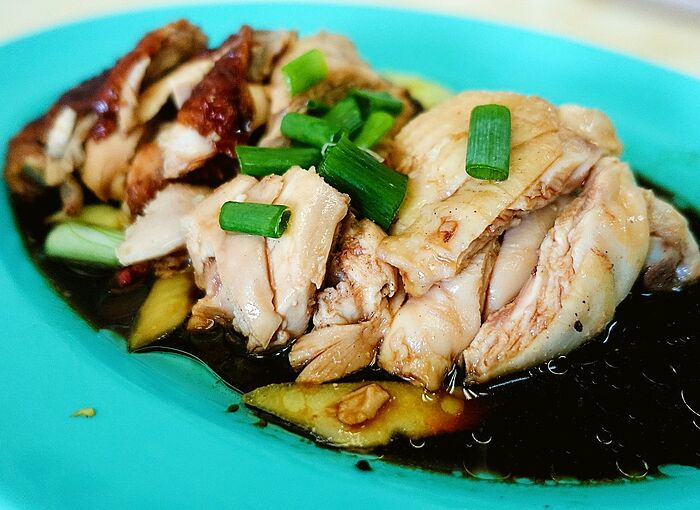 For me, poached chicken livers are a must for any proper Hainanese chicken rice meal. 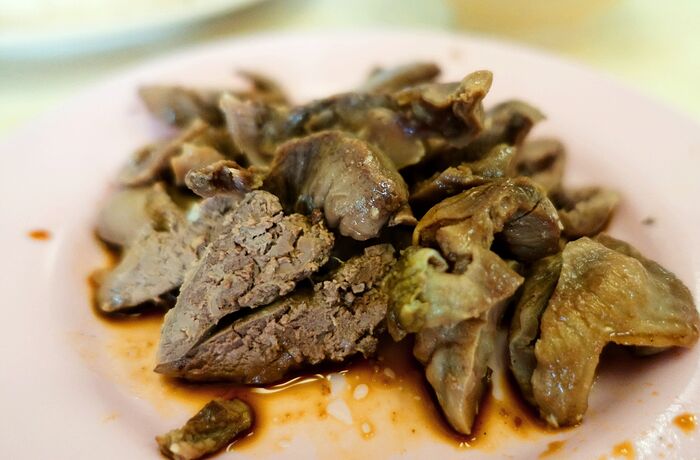 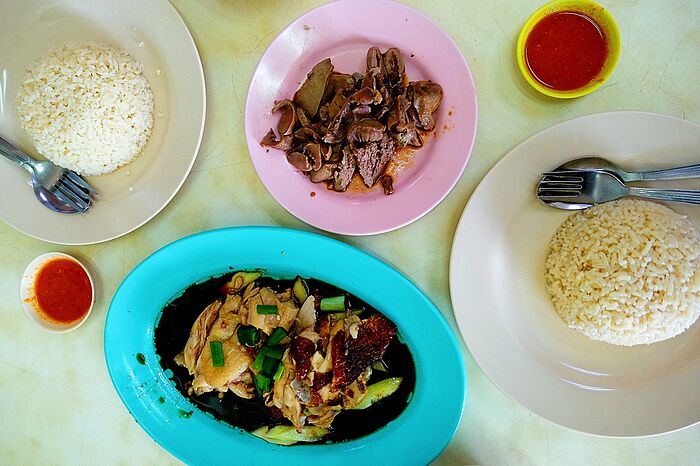 Peter - I noticed the fork and spoon. Would they be common eating items, rather than chopsticks. I know they are in Thai restaurants but a bit surprised to see them here.

Peter - I noticed the fork and spoon. Would they be common eating items, rather than chopsticks. I know they are in Thai restaurants but a bit surprised to see them here.

Yes, in fact, the practice was introduced to the local Malayan populace in the-then British-Malaya during the 19th-century by the Siamese, and has become the de rigeur method of eating rice (on plates) here ever since.

The practice of eating with fork and spoon was started by King Chulalongkorn of Siam (modern-day Thailand), who reigned from 1853 to 1910. In popular culture, the prince, Chulalongkorn, would be seen in the 1956 film version of “The King & I” as the eldest son of King Mongkut (portrayed by Yul Brynner).

Oddly, in the movie, Yul Brynner was seen eating with chopsticks - the Siamese never use chopsticks, as it’s culturally alien to them.

Using fork and spoon is the most common way of eating in Penang, and all over Malaysia, Singapore, Indonesia, etc. today. All thanks to King Chulalongkorn.

Among the Straits-born Chinese, or Baba-Nyonyas, the indigenous population of the Straits Settlements (Penang, Malacca and Singapore), the use of chopsticks is traditionally identified with ancestor worship, i.e. chopsticks in a household is often kept for the purpose of use on the altar when displaying food offerings to the spirits of our ancestors during Chinese New Year or Qing Ming. 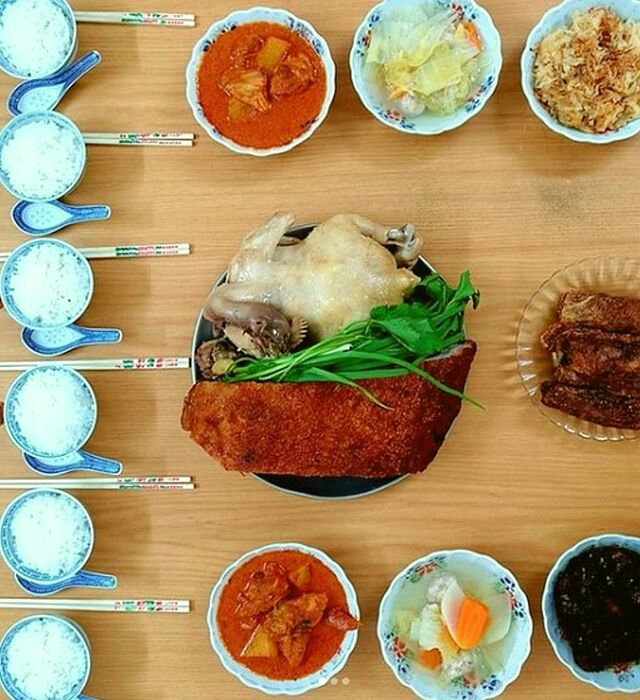 But on a daily basis, we do not use chopsticks when eating at home, only forks and spoons when having rice, served on dinner plates.

Thanks for the info, Peter.

I’m always surprised just how multi-cultural your part of the world is.

I’m always surprised just how multi-cultural your part of the world is.

That is what most people from the West realised when they moved to settle in Penang, or anywhere in Malaysia and Singapore: there is no question of anyone “trying to fit in”. Fit into what? There is no such thing as a typical Singaporean or Malaysian, you can be Chinese, Malay, Indian, Thai, Filipino or European, and still be part of our polyglot culture. There is no dominant mainstream culture.