𝗠𝘂𝗻𝘁𝗿𝗶 𝗠𝗲𝘄𝘀 was the venue for our early Christmas soiree earlier this week, as the holiday season in Penang began to gather pace. Music from Jerome Quah’s jazz trio wafted thru the air as we caught up with friends over cocktails.

Interstate borders in Malaysia are open - to the fully-vaccinated - so friends and relatives from Kuala Lumpur and elsewhere in Malaysia had been streaming into Penang, the country’s prime tourist destination. But international travel is a much more complicated affair - even Singaporean travelers still find it cumbersome to come to Penang, so we are all still “locked-down” in our city to a certain extent.

Our bunch of early Christmas revelers try to make the best of the current situation - many were caught up in earnest conversations, some had not seen each other in person for months. 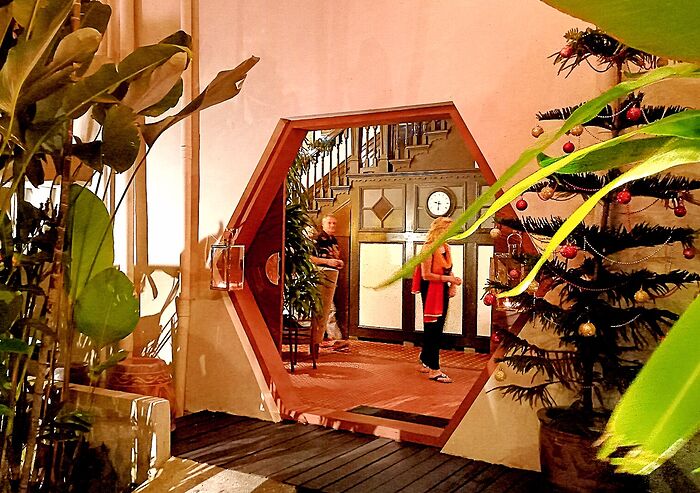 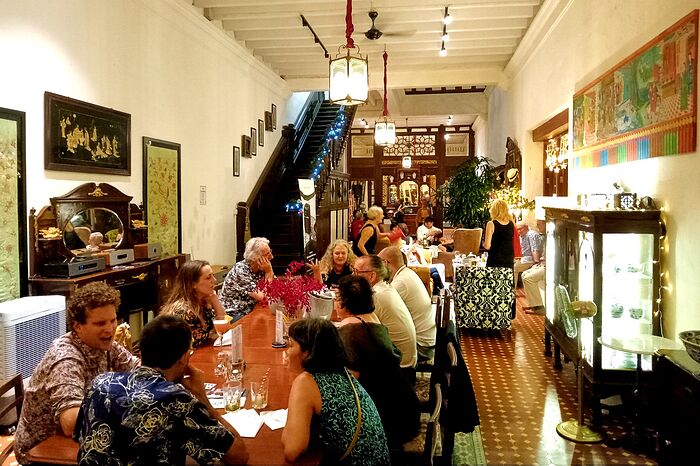 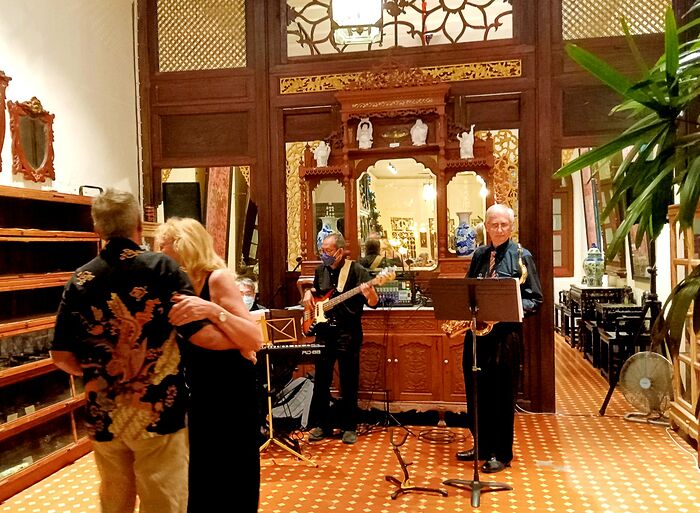 The food:
Thai fish cakes - Chef Zachary Choong is a graduate of Le Cordon Bleu Bangkok, and his personal interest in Thai cuisine was evident in the food options from him. These Thai fish cakes were made from fish-meat that had been pulverised to the point of total submission, resulting in a bouncy, almost rubbery texture much-loved by the Thais. Its akin to the Chinese-Teochew fish-balls, which I swore could bounce on the table like a tennis ball if one ever dropped one accidentally.
These lightly-spiced morsels were authentically-spiced (Thai red curry paste, finely-chopped kaffir lime leaves), fried till golden and floated on sweet chili sauce. 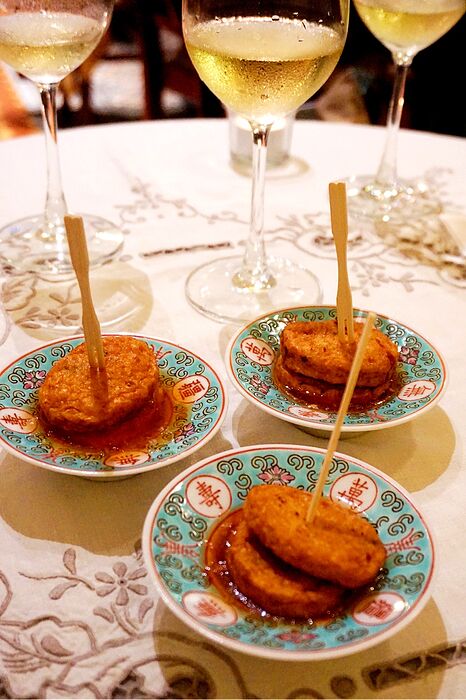 Roti Baba - a pork-less rendition of the Penang-Nyonya Roti Babi, with the pork substituted for chicken-meat and chopped shrimp meat, and shaped into florets. 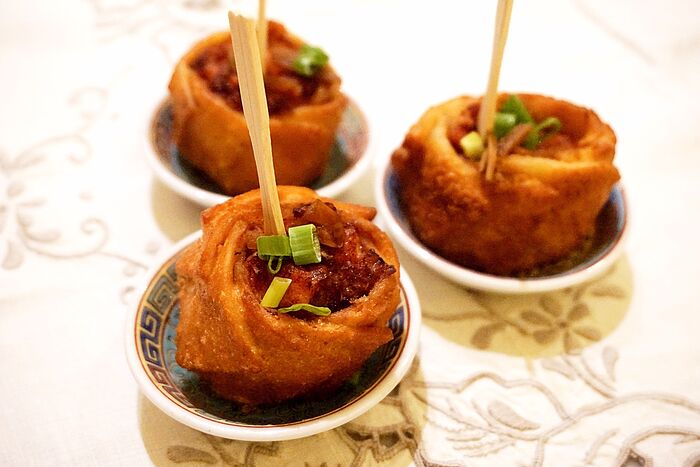 Vietnamese spring roll - only the vegetarian version was served here, but it was okay for us as one in our party was allergic to shellfish. 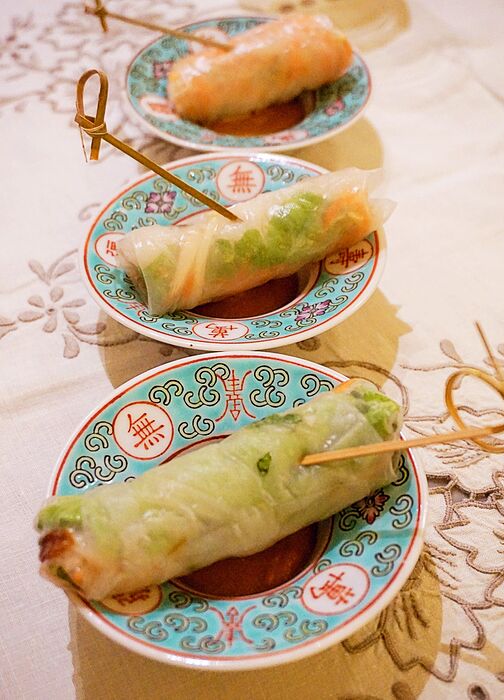 Smoked duck in pita wrap - by some sheer magic, Chef Zachary was able to make his smoked duck to taste like ham! Thick, fat slices were served in pita pockets. The garlic sauce (toum) was missing, though. 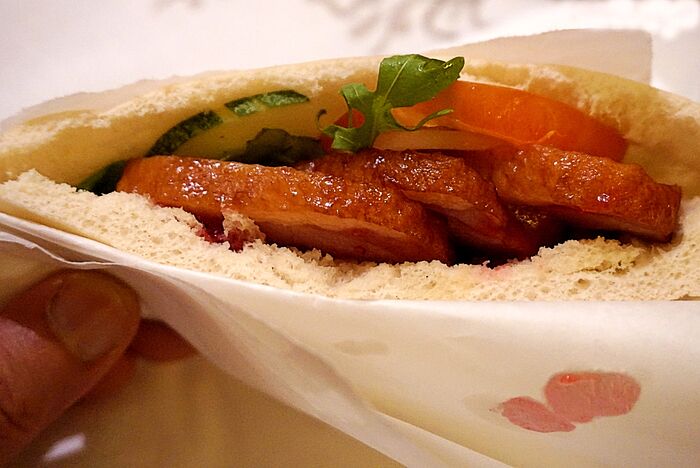 Chicken satay - these were probably the best food option for the evening: fat, moist skewers of chicken meat covered with spicy peanut sauce. 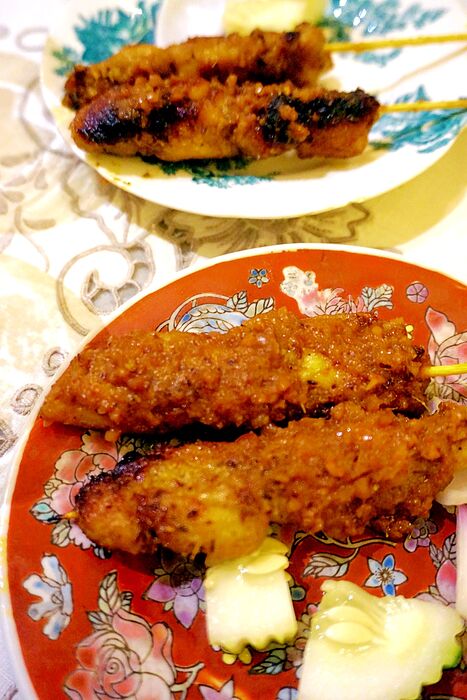 Mee Jawa - this is a classic Penang street food, elevated to become a party canape. It was a tasty interpretation, but I was too stuffed by then to really do it justice. 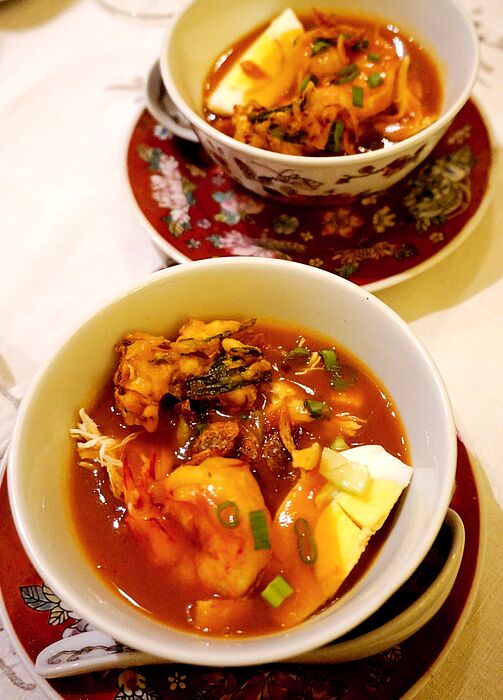 Chocolate pot au crème - deliciously rich and bitter-sweet. Served in shot glasses, I could’ve downed 6 of these at one go. 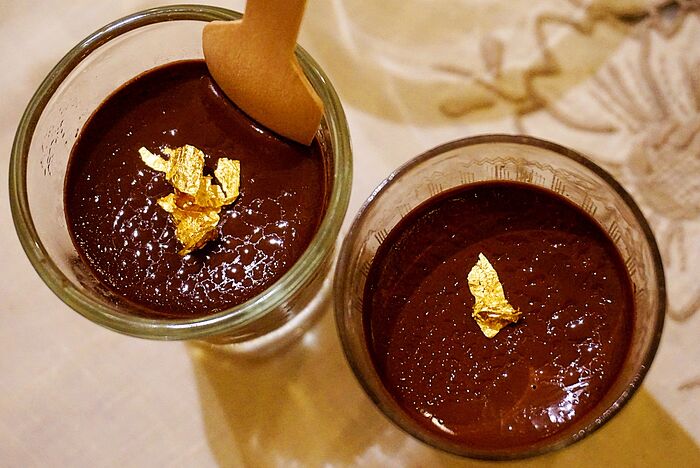 Mulled wine crème brûlée - my favourite item for the evening. Creamy custard, with a sweet, subtle kick from the mulled wine. 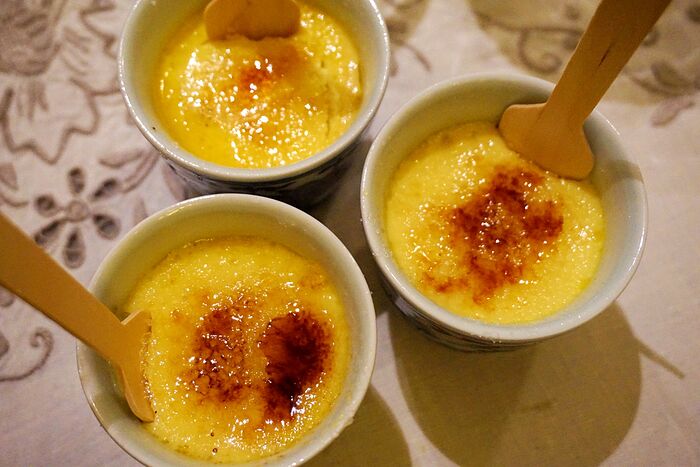 It was a great feeling to catch up with friends again - we were virtually locked down in our own homes last Christmas, so this one was a massive change for the better in many ways. 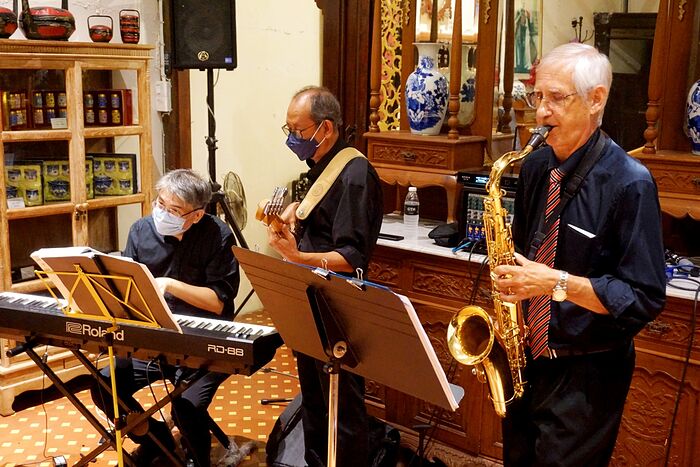 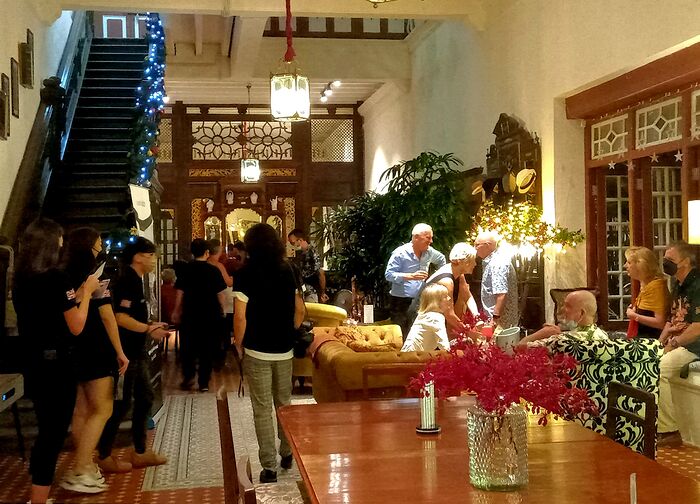 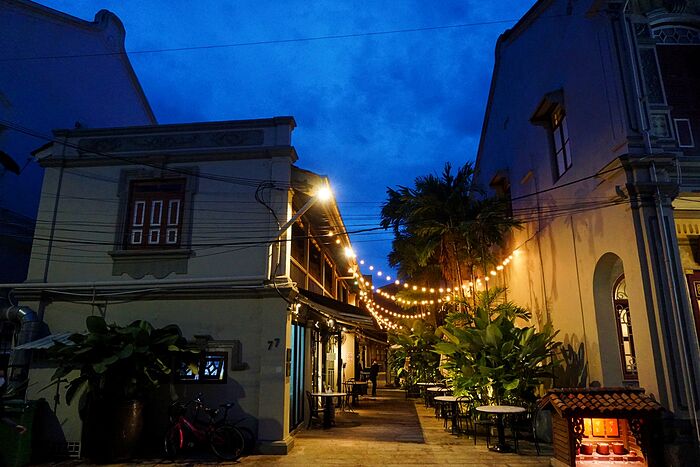