Ark tui mee suah, the Penang-Hokkien name for a rather addictive “duck drumstick & vermicelli in herbal soup”, is one of my very favorite hawker food dishes here. 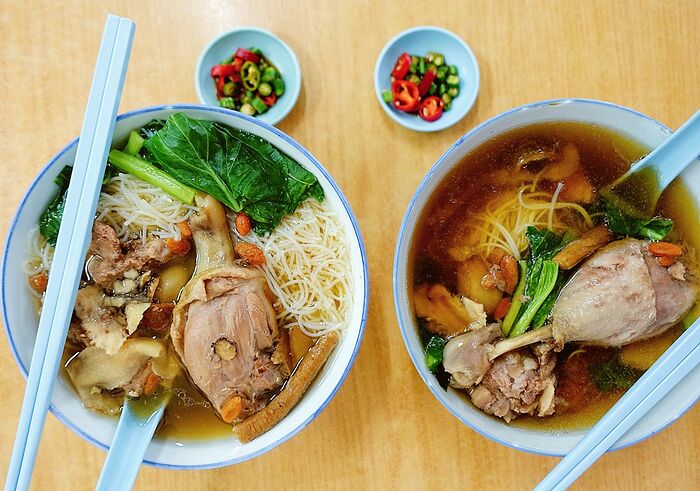 It’s a typical Penang street food dish, which I unfortunately could not find anywhere in Singapore for love or money. So, I was rather deprived of this dish until I moved to Penang back in 2017.

Ark tui mee suah utilizes the fine Fujianese vermicelli called mee suah, which is akin to Japanese somen. Before cooking, the mee suah is sold in coils, in dry form, which shatters fairly easily whilst, after par-boiling, the noodles take on a fragile, delicate texture.

Mee suah disintegrates if boiled or cooked for too long so, oftentimes, it has to be cooked separately from its broth. The par-boiled mee suah would be briefly blanched then set in a bowl, before it’s being steeped with whichever broth or gravy it will be served with. That’s how ark tui mee suah is being prepared and served. 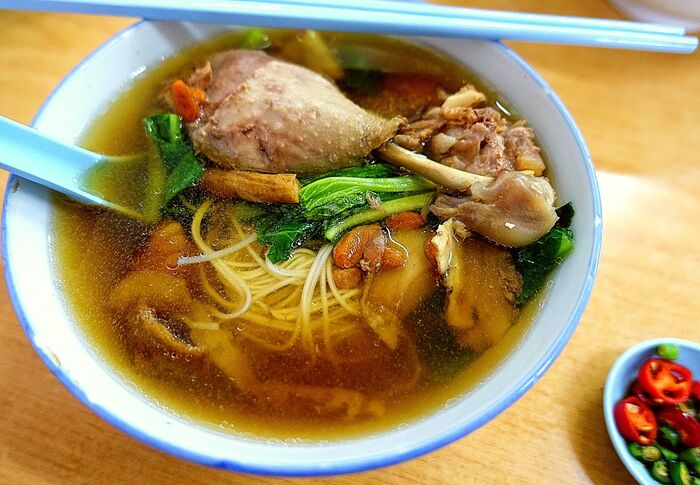 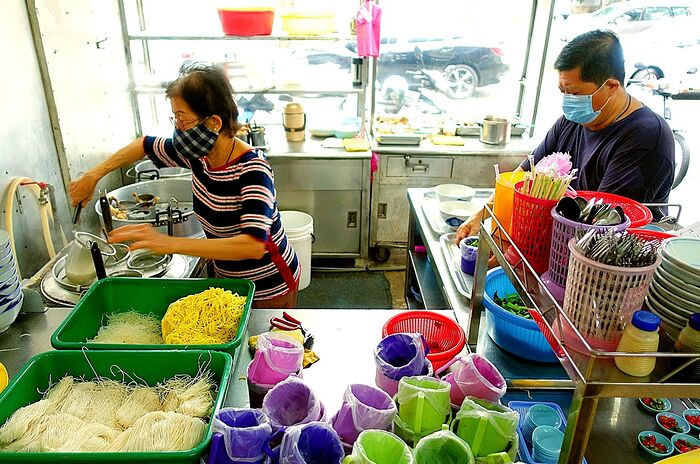 Each individual serving portion would consist of one duck drumstick, delicately coddled in herbal soup its own steaming bowl, kept hot and barely simmering in a large steamer. Upon order, the chef would assemble the dish: parboil the mee suah, blanch, drain, then put in a bowl, before adding any other garnishes like some chopped vegetables (Ah Lean uses choy sum in theirs), then add the duck drumstick and its herbal broth. 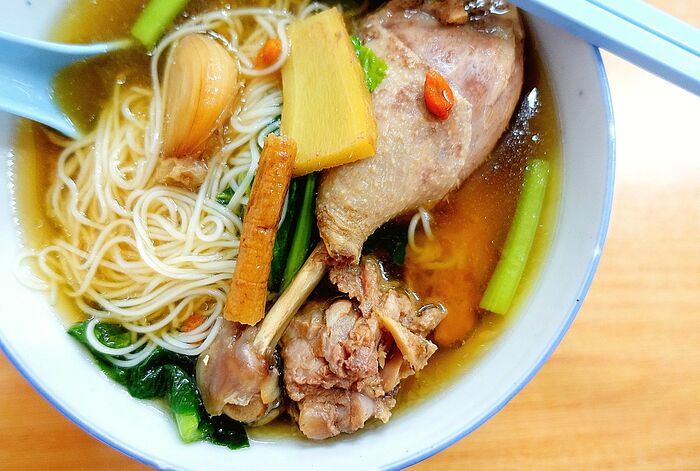 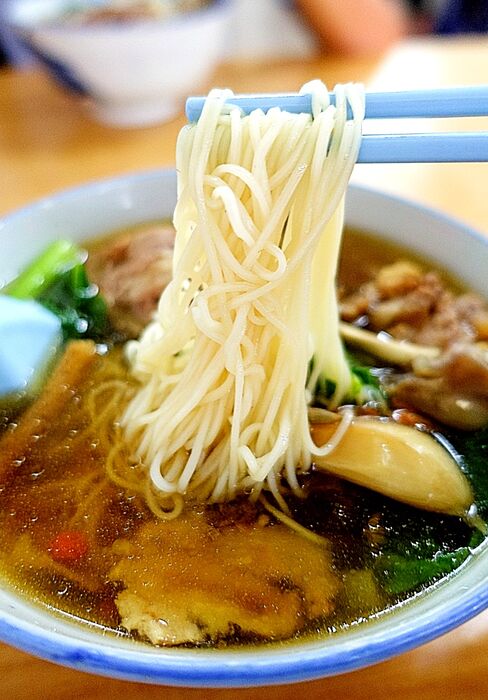 Ah Lean Duck Drumstick Noodles does very brisk business - it operates from 7.30am each morning, except for Wed, but usually sells out by 9am each day!

Besides their duck drumstick noodles, they also do a pork-rib version - same combination of herbs, but the use of pork-ribs gave the resultant broth a very pleasant, and even sweeter flavor than its duck-meat counterpart. The pork-rib version won’t sell out as fast, so latecomers would often find this option left by the time they come at 9.30am or so. 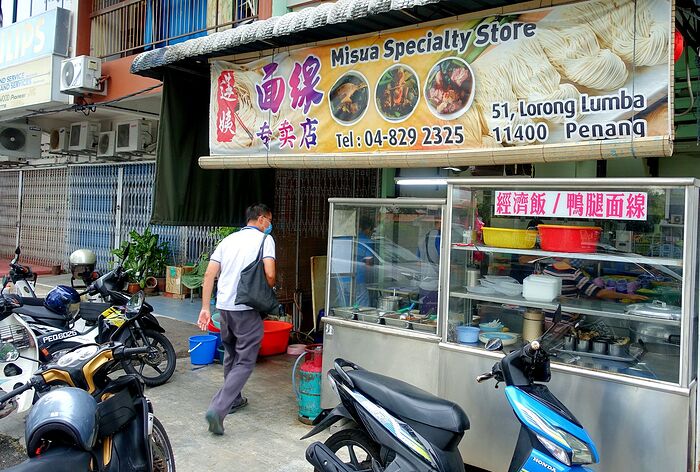 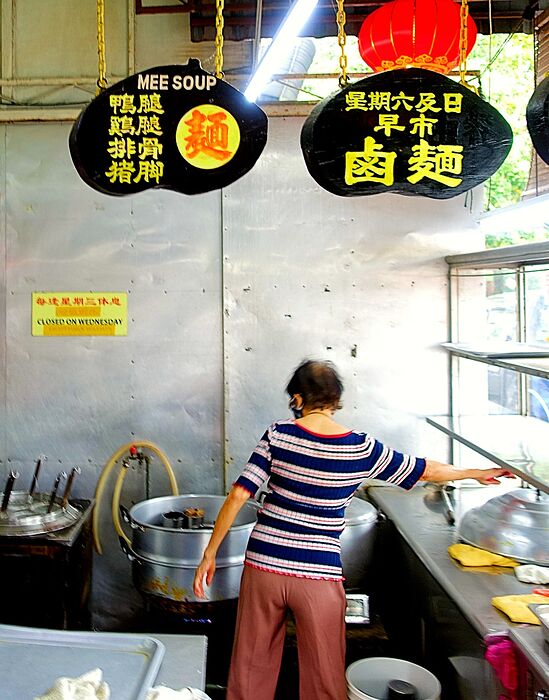