Dinner on Monday evening was at one of Gurney Drive’s mainstay eating spots: Song River Café.

Song River Café was founded back in 1948 by Mr Koay Kek Chye, and is now run by his son, Koay Jin See. Located in a pre-war residential bungalow-turned-food court, the place exuded a retro, old world atmosphere. 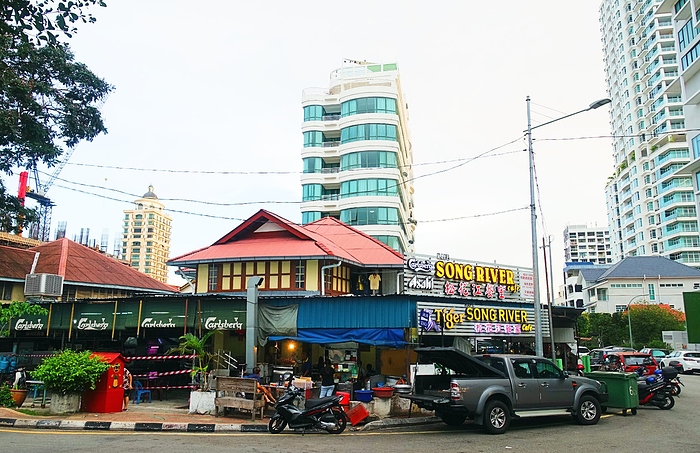 The “choo char” (cooked food) stall anchoring the food court in the evening was started by Mr Tan Weng On in 1990. He still goes around recommending dishes and noting down orders personally. 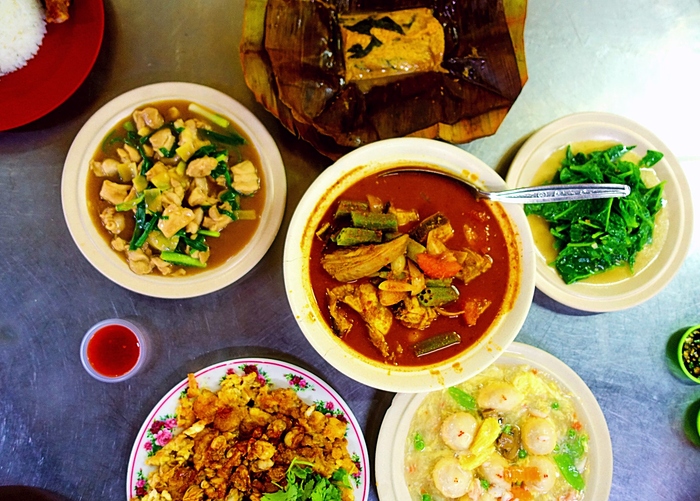 Stingray gulai tumis - this is a spicy, sweet-sour fish stew, which gets its dominant flavour from a well-tempered spice mix consisting of shallots, galangal, fresh turmeric, belacan (fermented shrimp paste) and lemongrass. Its fairly liquid, almost soup-like gravy gets its sourish tang from tamarind paste (asam Jawa). Sugar (I opted for palm sugar) and salt are added to balance out the flavours. It’s close to, yet distinctly different) from Thai tom yum, as no lime or fakir lime leaves were used. And Malaysian belacan (fermented shrimp paste) has its own distinct flavour and scent which were very different from Thai nam pla (fermented fish sauce) used for tom yum. 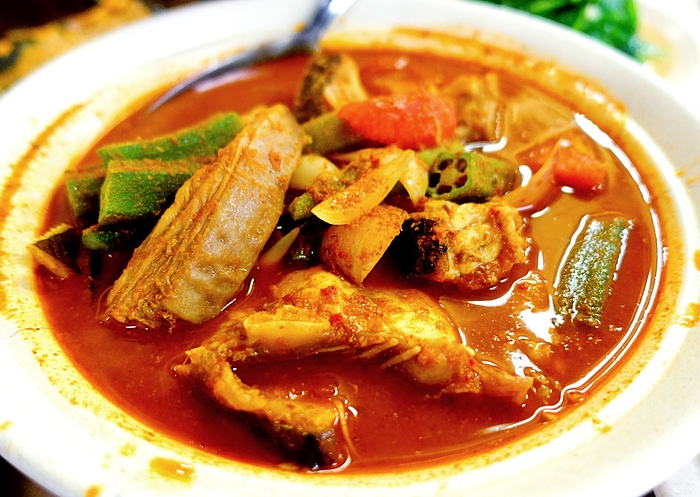 Stir-fried chicken with ginger and scallions - this is a Cantonese classic, adopted by most other regional Chinese cooking styles, as it’s so simple yet flavoursome. The dish was done quite well here, though the flavours were more subtle than I’d have preferred. 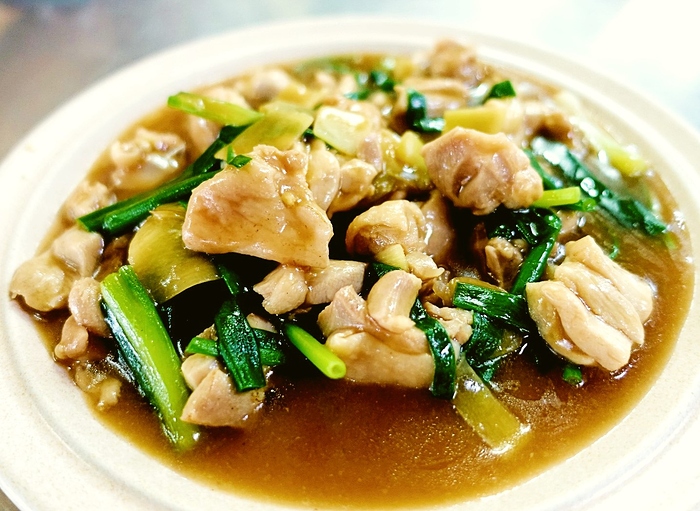 Steamed egg tofu topped with seafood mousse - this was a delicate, well put-together dish, with the soft egg tofu complemented by the sharper shrimp-fish flavours of the topping. The egg sauce was flavoursome, but lacked the traditional Shaoxing wine/ginger juice combination that I liked. 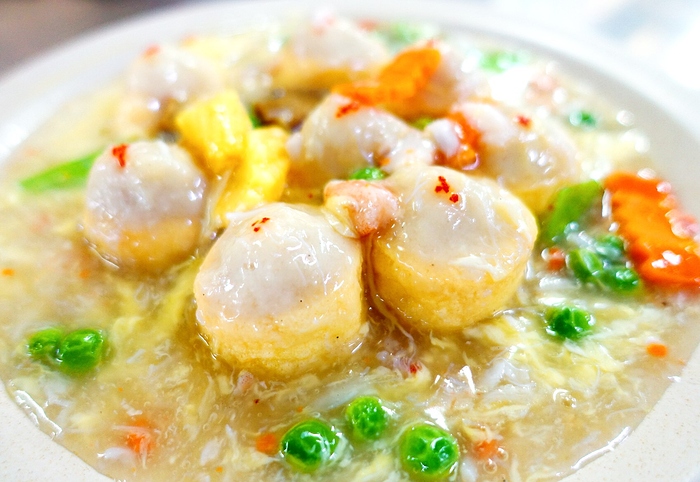 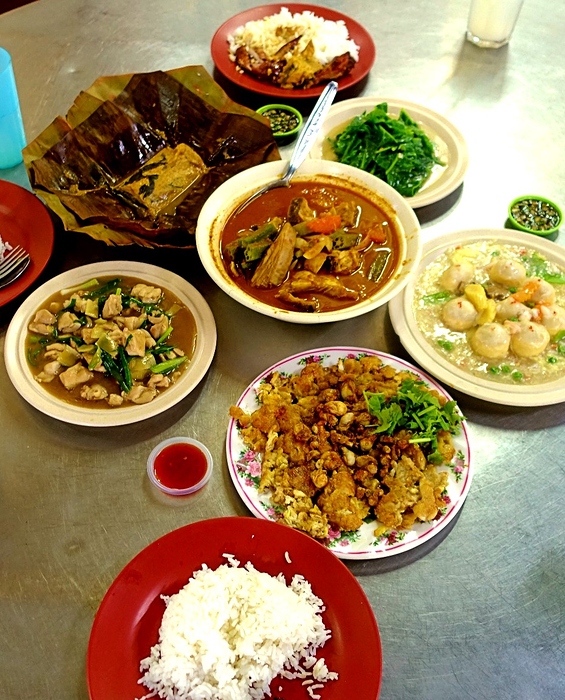 We also ordered from other stalls at the food court: the grilled chicken wings from Ah Seng which dates back to the 1970s, and are still regarded as one of the best on the island. Well-marinated, moist flavoursome chicken wings with crisp, salty-sweet caramelised skin. 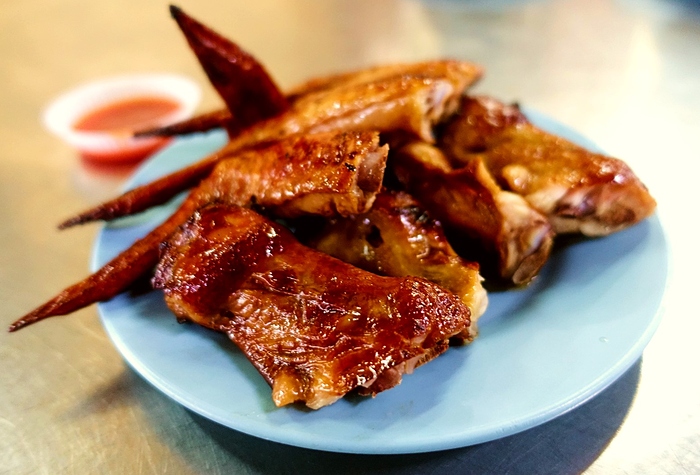 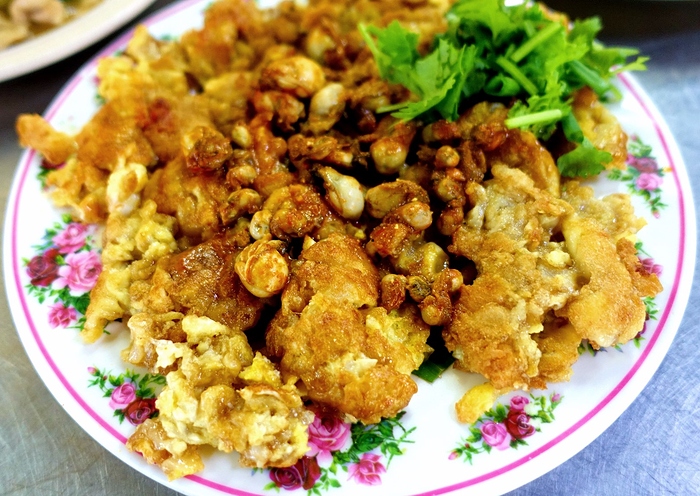 We also ordered a very spicy Penang otak-otak (spicy fish mousse wrapped in banana leaf parcels & steamed). Penang otak-otak is a close cousin to Thai hor mok and Cambodian amok. My favourite is the Penang one, as its use of wild betel leaves (Malay: daun kadok) lent the fish custard a deliciously addictive scent. 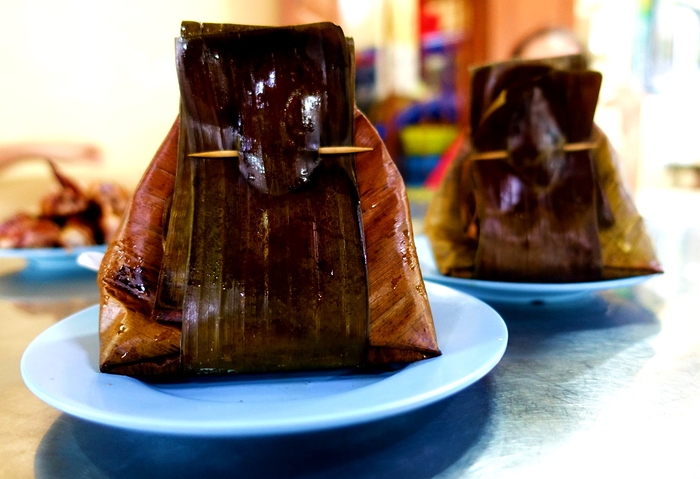 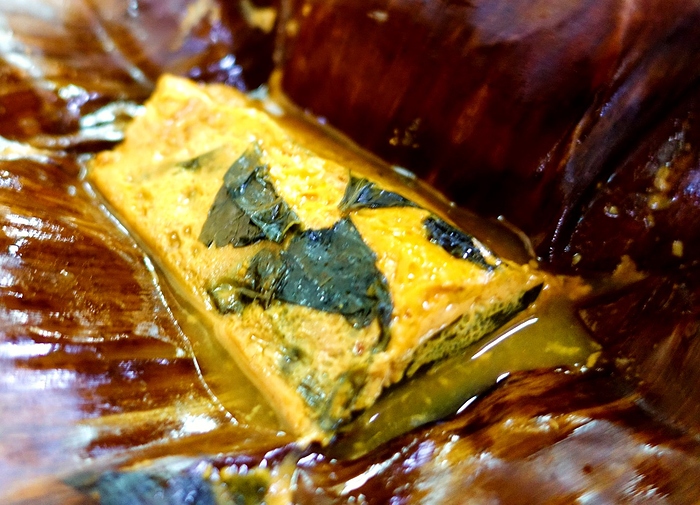 The food stalls above open at around 5.30pm. In the mornings, separate stalls within the food court will be opened, and especially popular is the bak kut teh /pork-rib soup stall at breakfast-time.

Yup! Does a lot for one’s “sanity” after the 2-month Lockdown.

Penang has not had any new COVID cases for more than 20 days now, so our state is one of those designated as a “green zone” within Malaysia. Of course, we’re under no illusions that the threat of COVID is over. Rather, this is probably just a respite, and which we’re taking full advantage of.

Must be great to be out again and able to eat in a restaurant. We’re at least a month away from that in the UK.

Wow!
Each picture looked better than the one before! I’ve never tried Malaysian cooking but will have to now as I doubt I’ll get there in the near future.

I’m so jealous of this! Getting tired of eating my own cooking here in the states.

I’ve eaten both otak-otak and amok, I remember amok much better, which were presented everyday in the meals during the Cambodian trip. The otak-otak I’ve eaten in KL was in form of a thinner long strip, but like the Penang one, it was a wrapped parcel, which was different from the Cambodian “basket” style.

Literal translation: “brains” in Malay. Maybe a reference to its soft, mushy texture.

Wow, never could have guessed that!

I remembered the first time I was at Tadich Grill in San Francisco and ordered its Hangtown Fry - it came and I was thinking, “Oh chien with bacon!”

it came and I was thinking, “Oh chien with bacon!” 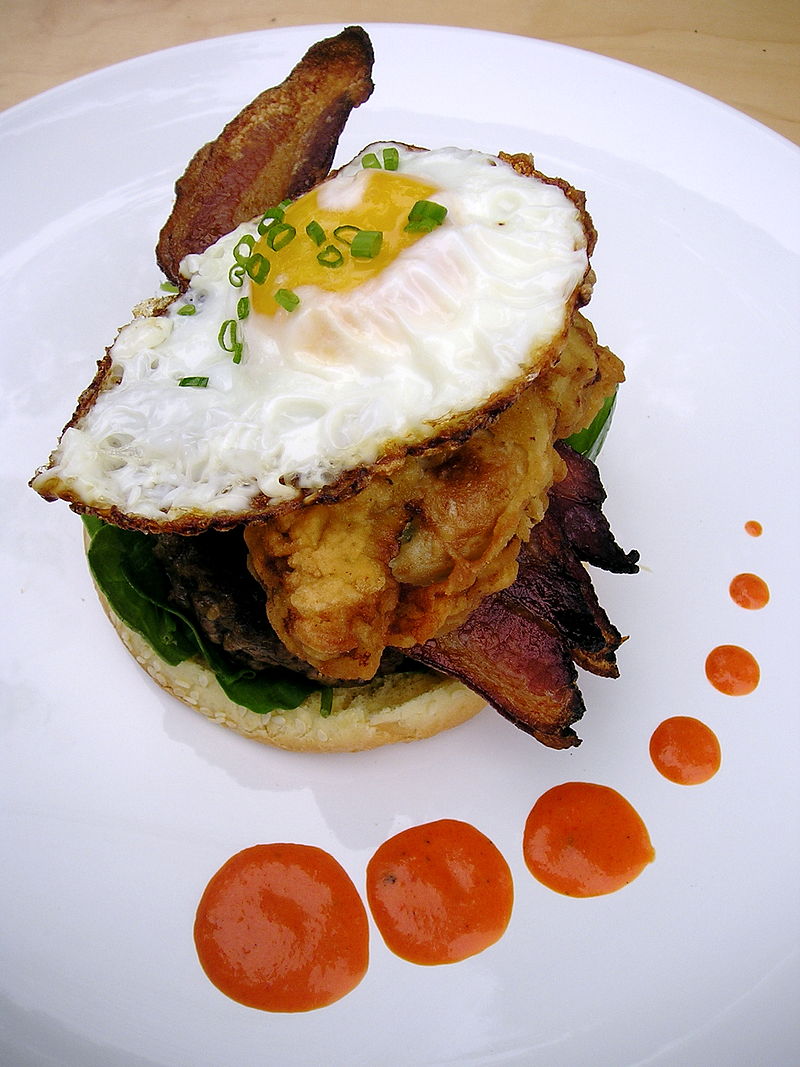 Indeed! That wiki image looks rather like a sandwich! Never tried that, but I would prefer Oh chien with scallions, bacon overwhelms the delicate flavours of oysters.

It seems in Penang, there is a version with squids and shrimps that looks equally delicious.

Indeed! That wiki image looks rather like a sandwich!

Tadich Grill’s Hangtown Fry is the version I’d always associated with the dish: 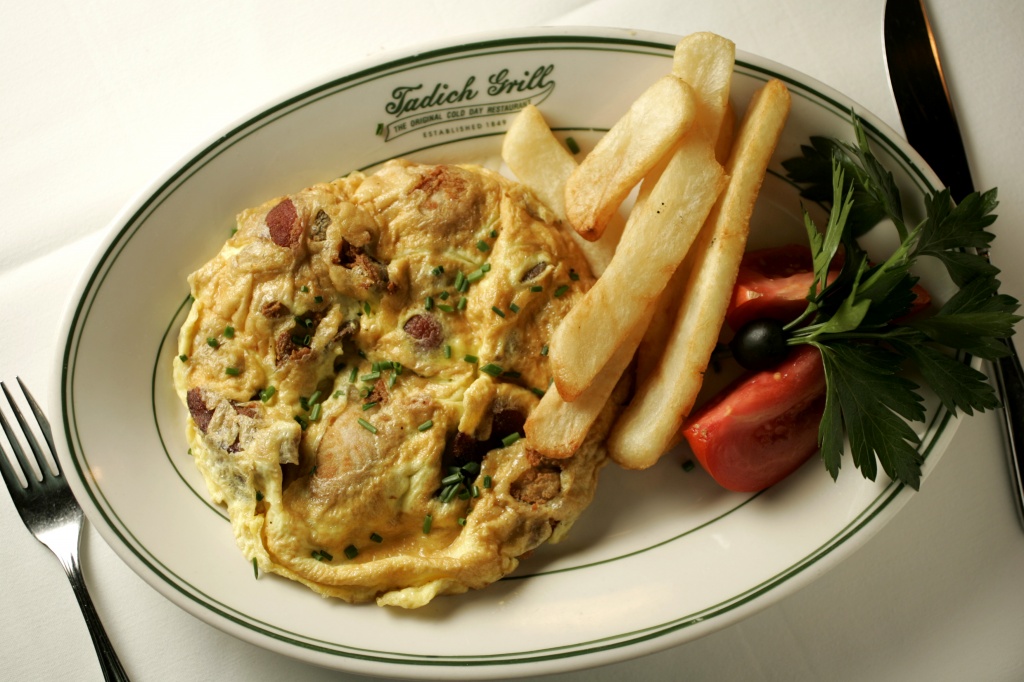 To celebrate the beginning of fall, we are christening this first week of September as Oyster Week here on Inside Scoop. We’ll explore the history of oysters in the Bay Area, as well as our favorit…