It’s been nearly 3 years since we came to Ah Chui Seafood, the casual, family-style eatery sequestered away in the foothills of Paya Terubong. 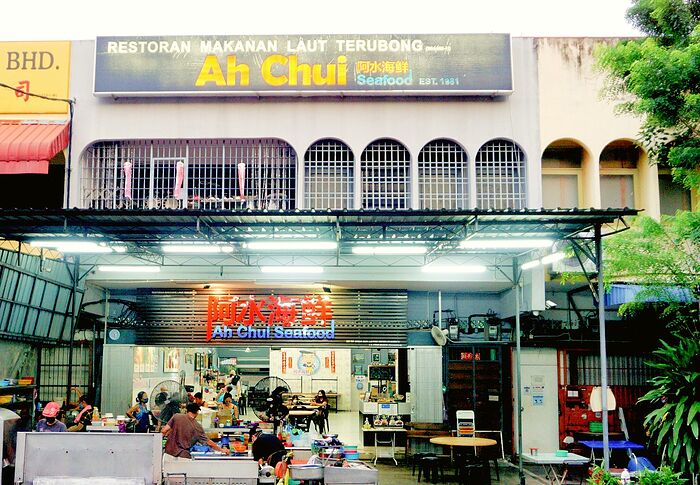 Churning out a variety of freshly-cooked dishes upon order, this kind of super-casual eatery is known as a “choo char” in Penang, In Hong Kong, the term used is “dai pai dong”, whereas in Kuala Lumpur, it’s called a “dai chow”. 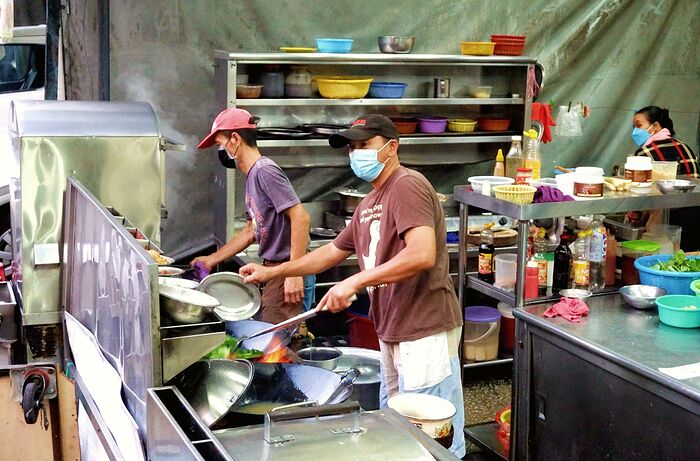 Unlike during our previous visit during pre-COVID days when it was jam-packed with diners, Ah Chui was rather quiet last night, as most Penangites are still hesitant about dining out, despite the high vaccination rates here (90% at the last count). 18 months of lockdown has had quite an impact on people’s psyche and attitudes.

What we had last night:

I’m used to the version most common in Singapore: tomatoey, not-too-spicy, slightly sweet, and streaked through with egg ribbons. You can find this type of chili crabs at almost all its top seafood restaurants: Red House, No Signboard, Palm Beach, Long Beach, Jumbo, Roland, Mattar Road, Punggol, etc.

In Malaysia, the same kind of chili crab prep can be found in Johore (which is the Malaysian state adjacent to Singapore, separated by a 1-km causeway) but not in Kuala Lumpur, where the preferred preparation method for crabs is either by steaming, or else fried “kam heong” (literally “golden fragrant”) using some spicy, strongly-flavored spices.

Penang does chili crabs which somewhat resemble the Singapore method, but the sauce tend to be more liquid, and the egg bit is missing. The gargantuan Sri Lankan crabs, most popular for cooking choli crabs in Singapore, are also not available in Malaysia, so the dish is usually cooked with either local or Indonesian crabs.

The ones here at Ah Chui are smallish crustaceans, sweet-fleshed, but far from the meaty ones I’m used to having back in Singapore. 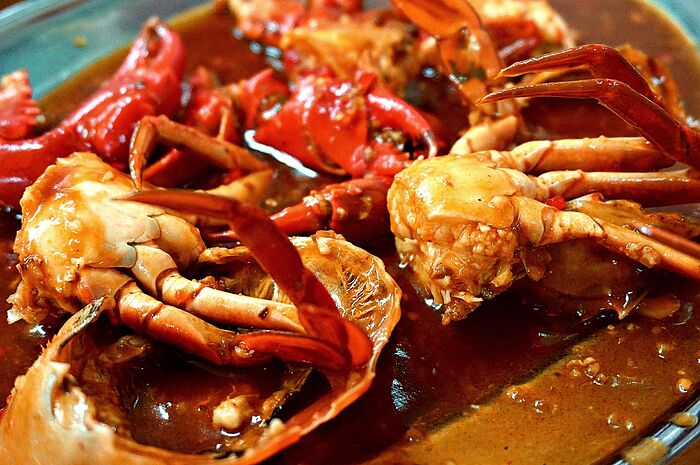 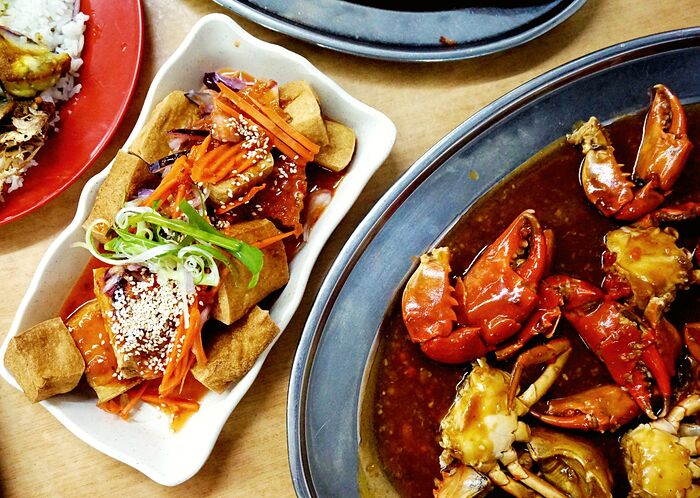 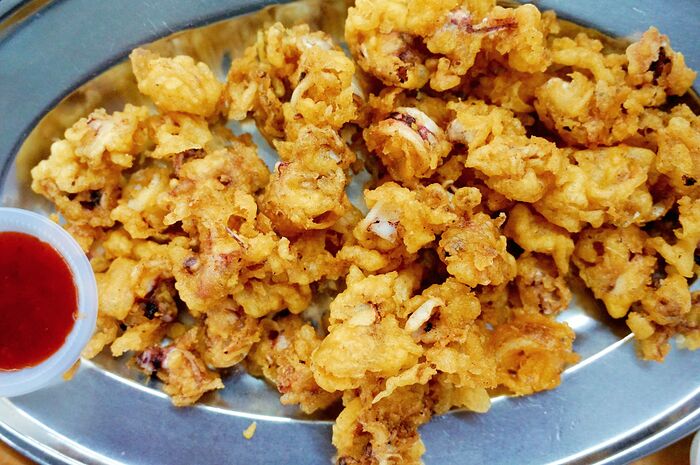 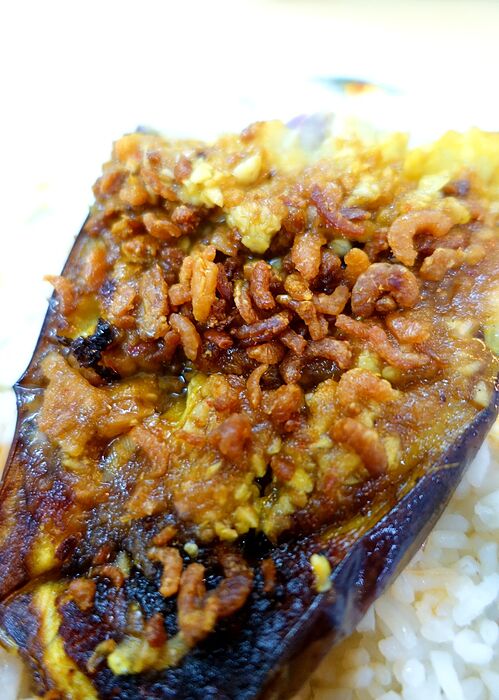 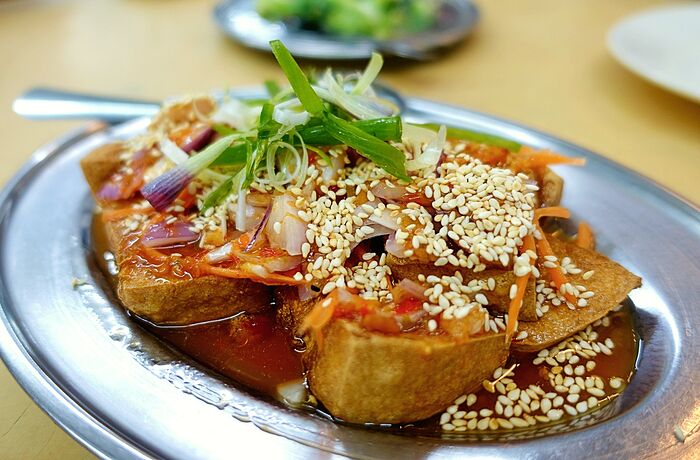 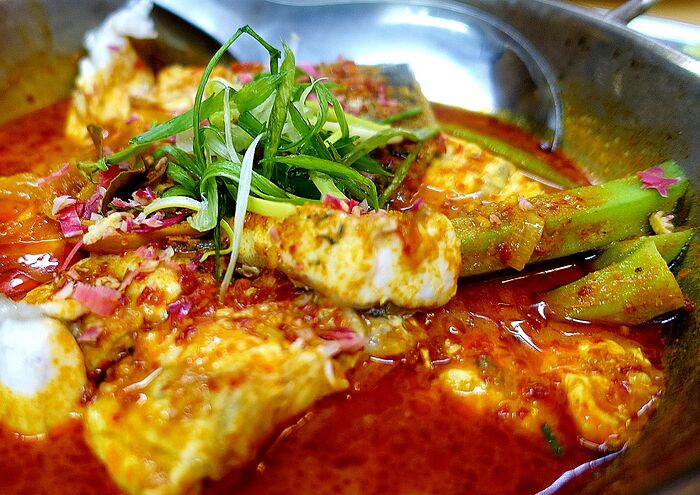 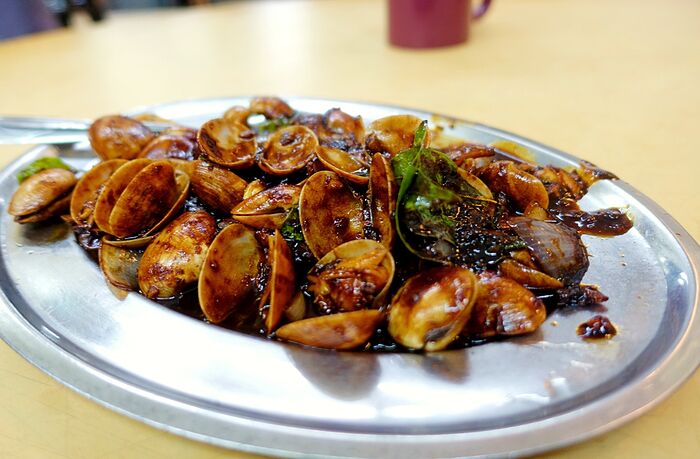 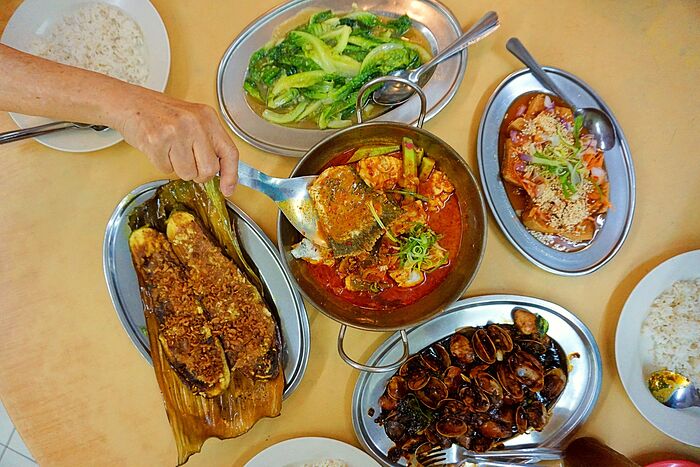 The aubergine topped with shrimps gives me an idea.

A delicacy of my region in northwest England is potted shrimps - tiny brown shrimps (the ones the colour blind French call “grey”), flavoured with mace, potted and butter drizzled over to seal it. Usually eaten cold with bread but I may have a try melting them over the aubergine (you do see the occasional menu listing for a pot of shrimps melted into pasta) 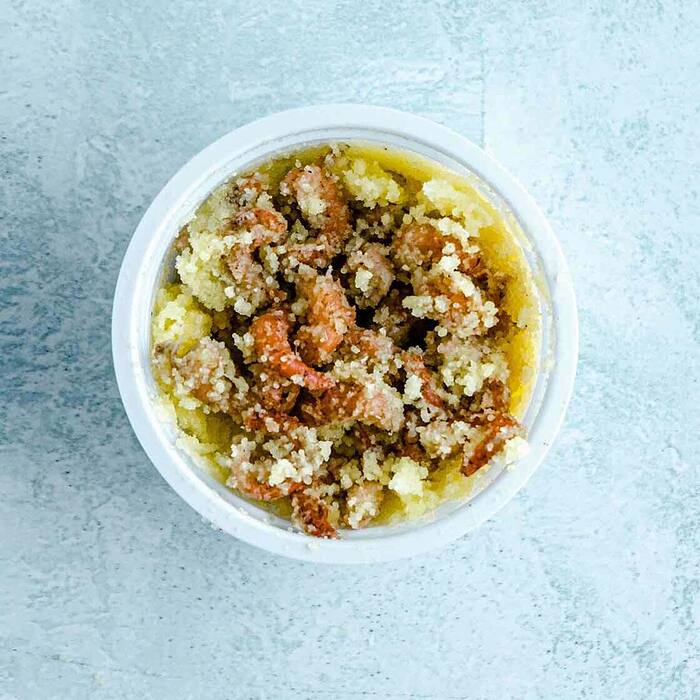 The genuine Morecambe Bay article ready to eat, in clarified butter. The traditional accompaniment is a generous pile of thinly sliced bread and…