We wanted something different for X’mas Eve dinner, so settled for Malaya Dining Room, which concocts its own so-called Anglo-Indian fusion dishes. 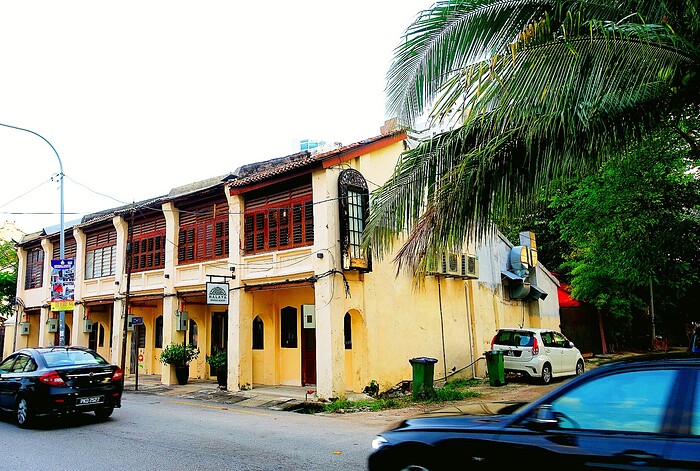 Located on Hutton Lane, Malaya Dining Room started off back at the beginning of 2019 as Hutton Grill, but switched its name to the current one later that year, despite retaining the menu concocted by its two founding chefs, Zachary Choong and Tong Yuan Shen, who were both stationed at Kebaya @ the Seven Terraces, part of the George Town Heritage and Hotels Group owned by hotelier-cultural/heritage enthusiast-philanthropist, Chris Ong. 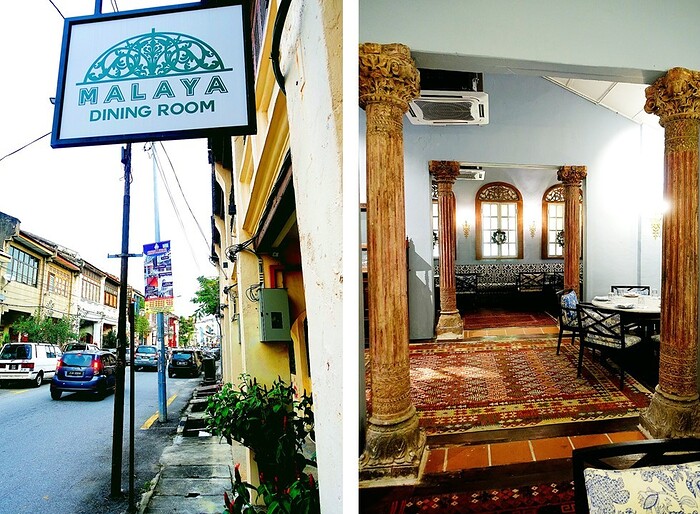 We started off with the

Appetizer platter: Smoked red snapper and Ipoh smoked duck breast, served with breadsticks and 3 dips: organic mulberry jam, fresh cheese with ulam pesto, pineapple mint jam. The meats and dips were good, but the bread-sticks, though they had the right texture and taste, were a disaster in terms of appearance - parts were blonde and looked under-baked, whilst parts were almost burnt. 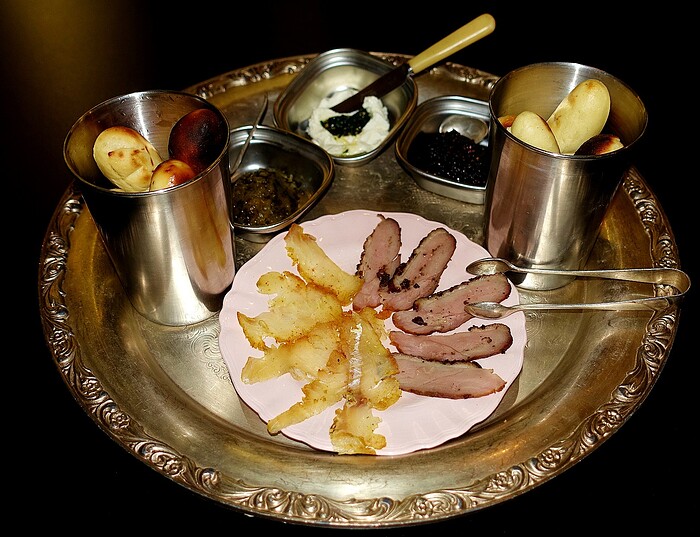 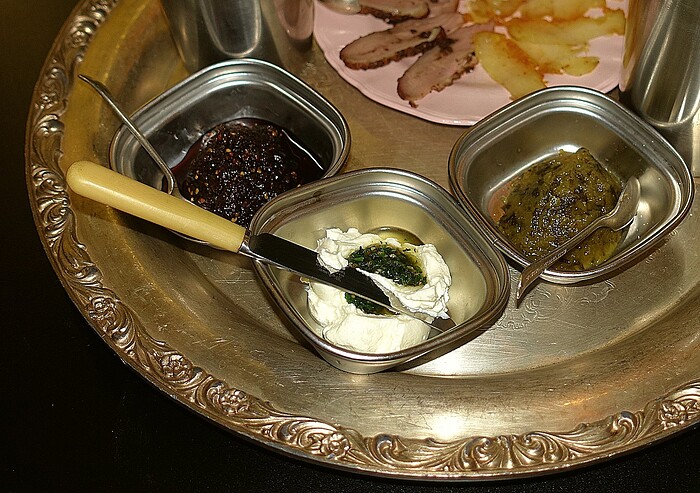 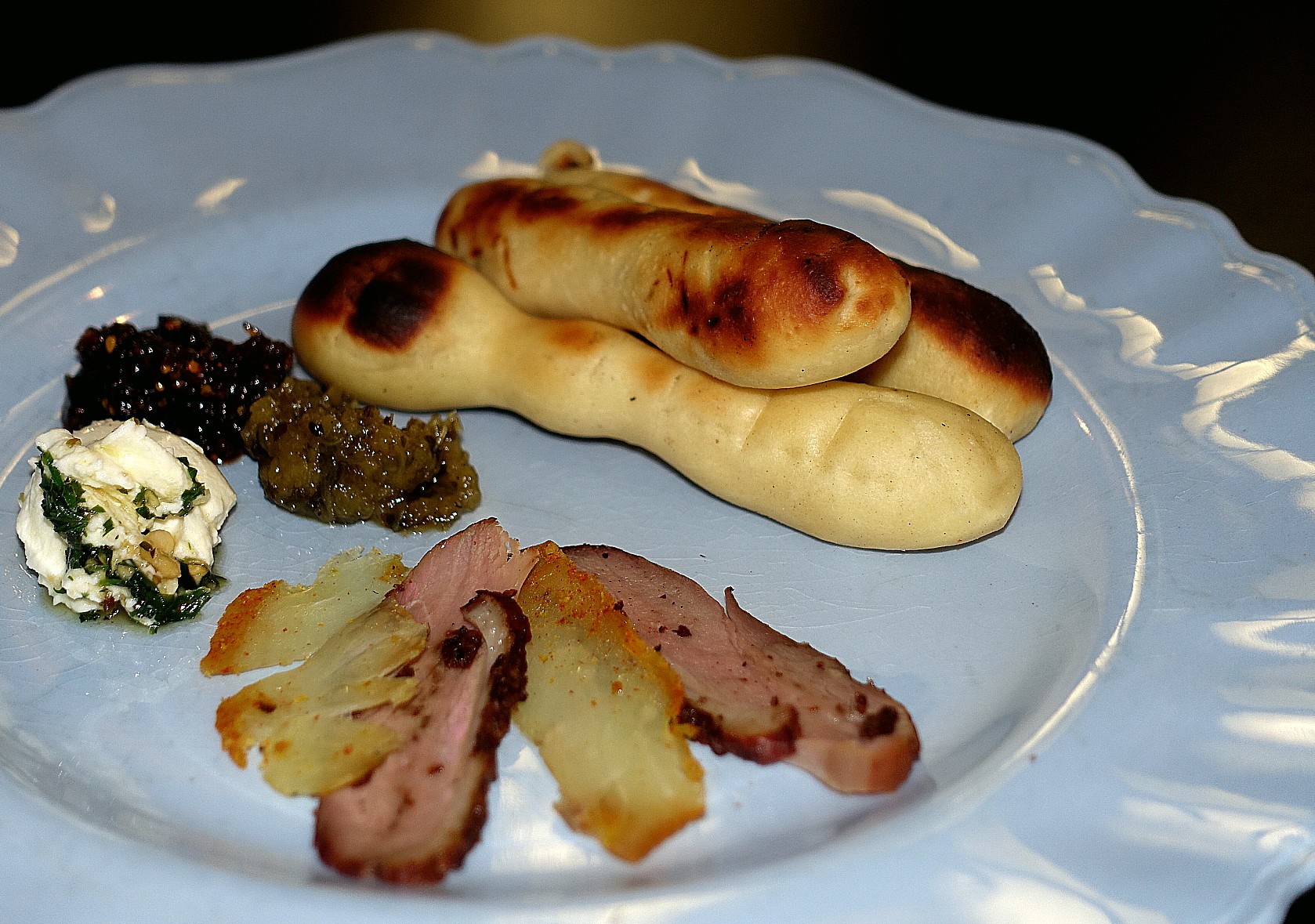 Rendang Chateaubriand Wellington - this dish was a triumph: the beef was tender and cooked perfectly a la minute, and its rendang “duxelle” was mildly-spiced, never over-powering the natural flavours of the meat. The puff pastry later was light, flaky and buttery as should be. 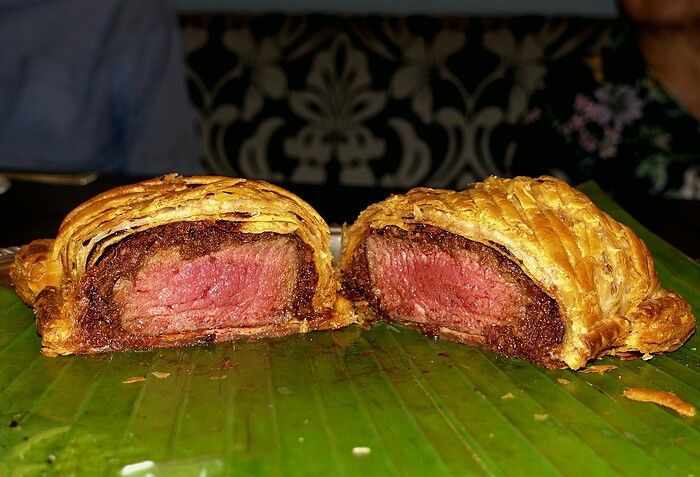 Grilled barramundi with ginger flower pesto - another well-executed main: the barramundi steak was still moist, though perhaps slightly over-cooked by a minute or so. Still, no complaints as the pesto topping, given a local slant by the inclusion of the floral, pungent ginger flower. 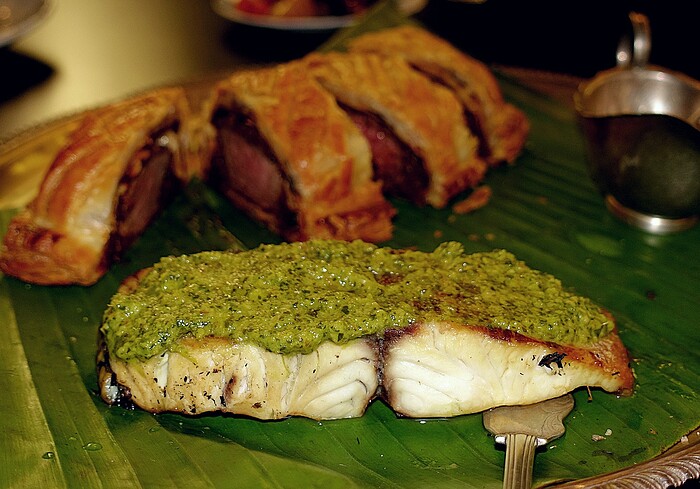 Sides: roasted beetroot, carrots and jicama; red cabbage slaw with mustard seeds, anise, raisins and mayo; and baked cauliflower with coconut cream and golden-fried shallots - the sides were not as memorable as the mains, and were the weakest components for this meal. 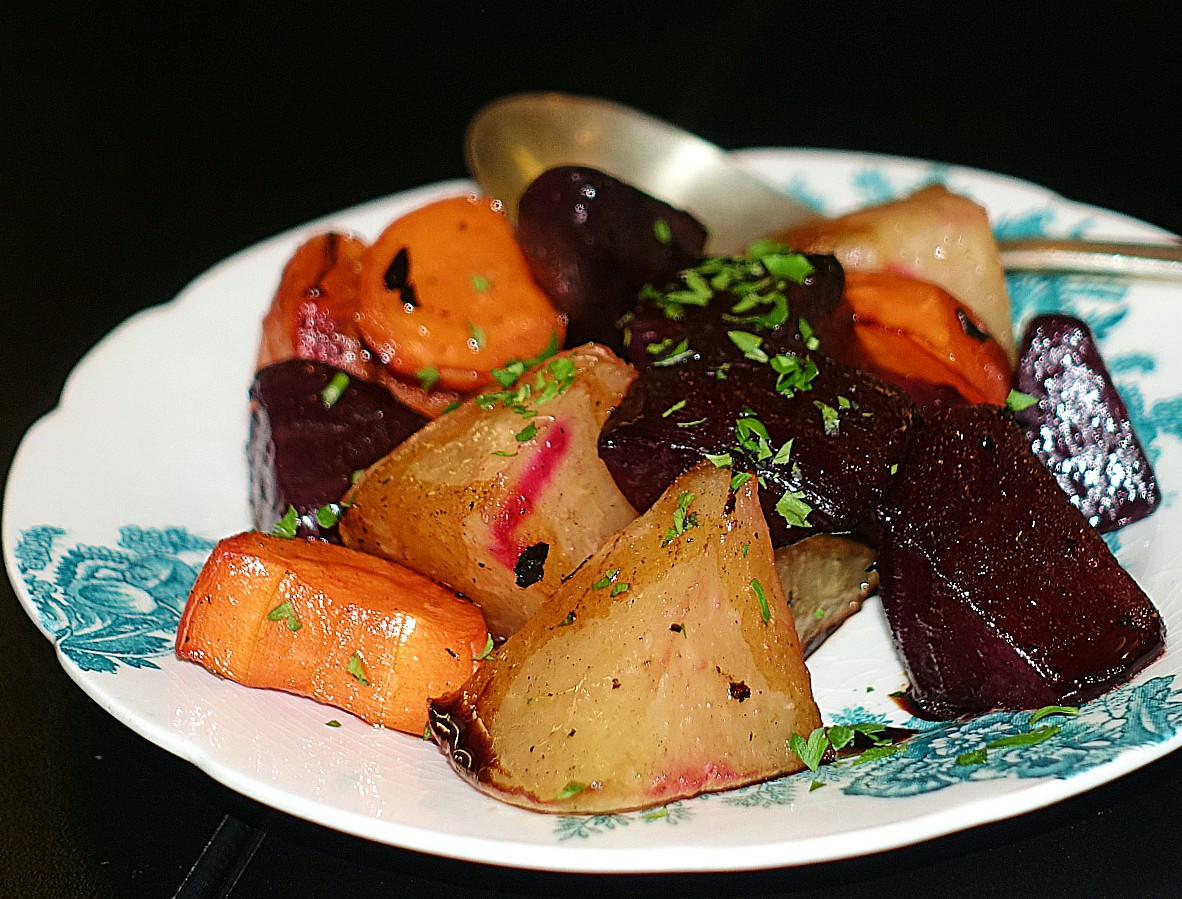 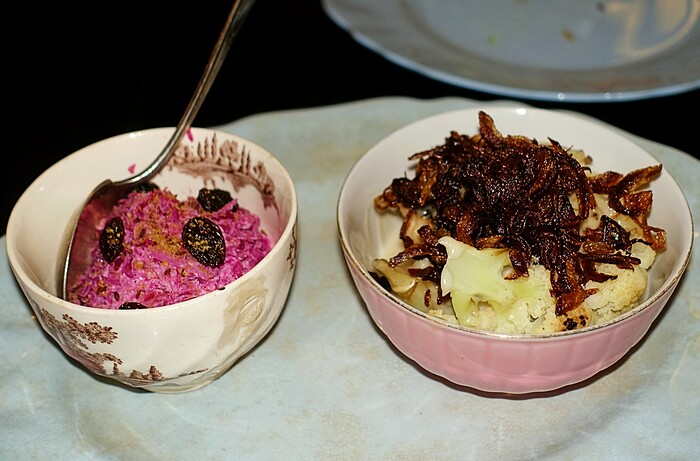 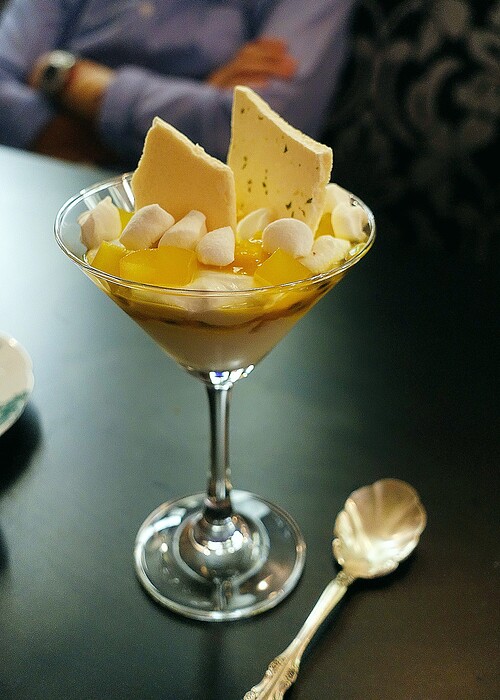 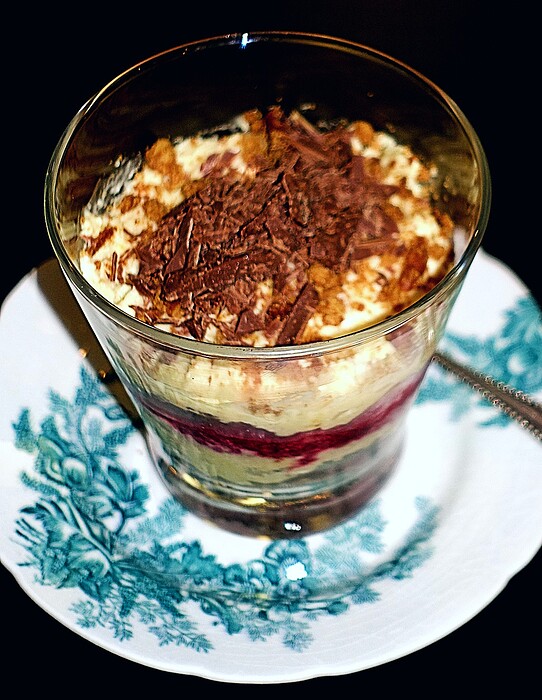 Wishing all fellow Hungry Onioners a Merry Christmas and a Happy New Year! Stay safe, everyone! 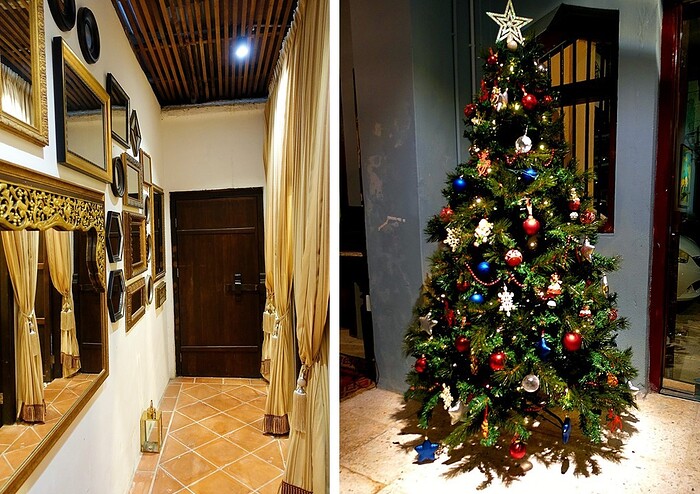 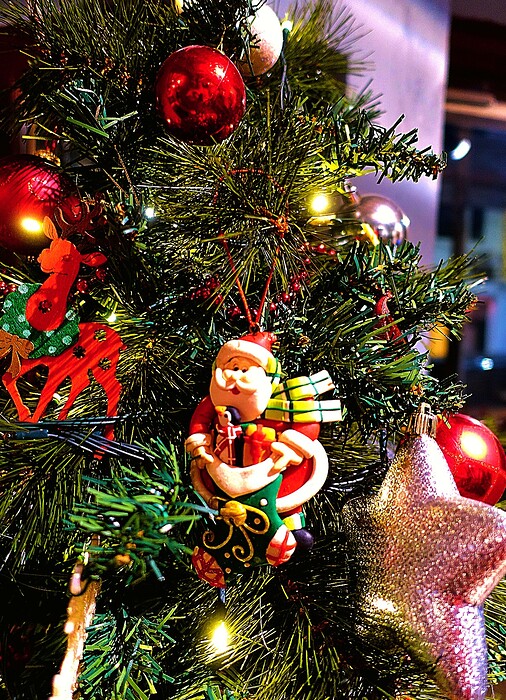 Looks bigger once you are inside. The columns look out of place, though. And it must be dark inside if you had to use flash when making photos.

We don’t do Christmas, birthdays or any event. We started our S.E. Asian backpacking adventures in December 1999 or 2000 starting with Thailand and have been spending December through January on holidays ever since. It feels strange to be sitting at home now. At least I have my health and my house.

And it must be dark inside if you had to use flash when making photos.

It was rather dim inside. The non-flash photos turned out annoyingly “yellow”. 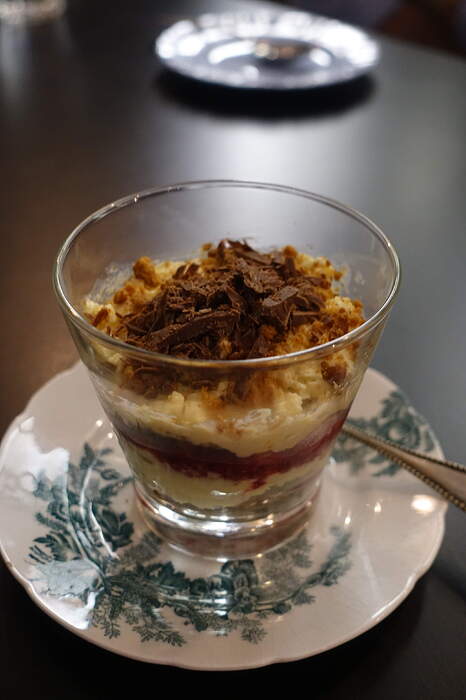 It feels strange to be sitting home now. At least I have my health and my house.

Good health is important. Have a safe holiday season, @Presunto !