Cintra Street in the heart of George Town’s old Cantonese district is named after the town of Sintra in Portugal, a nod to the Portuguese-Eurasian community that settled in Penang just after its founding by Captain Francis Light in 1786. Before World War II, the street was also known to local Chinese as “Jeepun Huay Kay” (“Japanese Back-street”) due to its proliferation of Japanese brothels. There were also Japanese camera-shops, barbers, etc. Many of these turned out to have been infiltrated by Japanese secret intelligence operatives gathering information for the eventual Japanese invasion of British Malaya and Singapore during World War II.

After the War, the Japanese were all cleared out and Cintra Street became known for its Cantonese eateries. Cafe Yee Sung Kai Chok started off as a street-side push-cart selling “yee sung kai chok” (“yee sung” being Cantonese for “raw fish”, and “kai chok” means “chicken porridge”).

The chicken porridge is rice gruel, cooked in chicken stock till the rice grains have softened and turned slightly starchy. The Cantonese liked their Cantonese porridge or congee smooth-textured and ivory-white in colours, compared to the Teochew/Chiuchow-style rice porridge which combines grainy cooked rice with seafood/fish broth, or the Hokkien rice porridge which is also long-cooked rice in water, but not to the level of starchy smoothness one sees in the Cantonese version.

For a “yee sung kai chok” meal, the hawker-chef will normally pour hot chicken porridge onto raw fish slices laid at the bottom of a bowl, causing the wafer-thin sliced fish to be cooked almost instantly.

This particular “yee sung kai chok” stall has been operating on Cintra Street since the 1950s. The hawker-chef was a brusque Cantonese man, assisted by his daughter who was known to all and sundry simply as “Ah Woon”. Ah Woon started off helping her father at the age of 7.

By the late 1960s, Ah Woon, by then a strapping woman-chef who worked silently, hardly looking at her customers’ faces, had gained a reputation for offering the tastiest porridge this side of Chinatown. She would have a huge pot of bubbling, delicious chicken-flavoured porridge and another pot of fish-flavoured porridge in front of her. Customers normally placed their orders with her sister, a loud-voiced, temperamental woman who struck fear at anyone who’d dare annoy her. Post-World War II, these two sisters were the original “Porridge Nazis” of George Town.

Upon order, southpaw Ah Woon would expertly layer thinly-sliced slivers of raw fish in bowls, to which she’d ladle over one’s choice of hot chicken or fish porridge. She would then top the porridge with handfuls of julienned ginger, finely-chopped preserved radish, raw lettuce and scallions, before drizzling on some hot garlic oil, sesame oil, light soy sauce and a shake of white pepper. The resultant dish was sheer deliciousness in a bowl like no other. 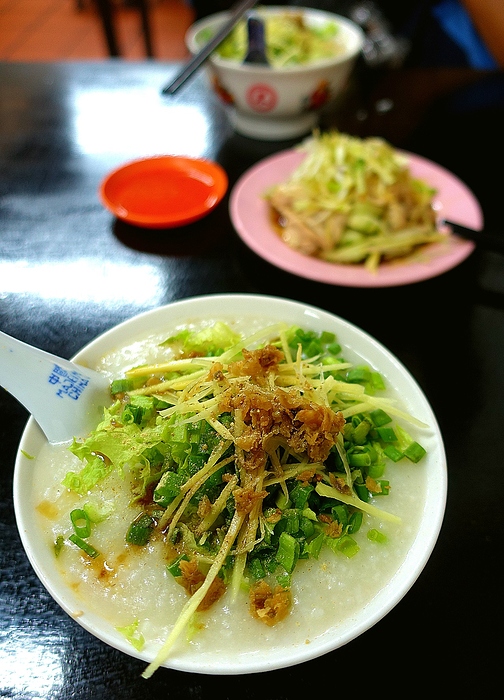 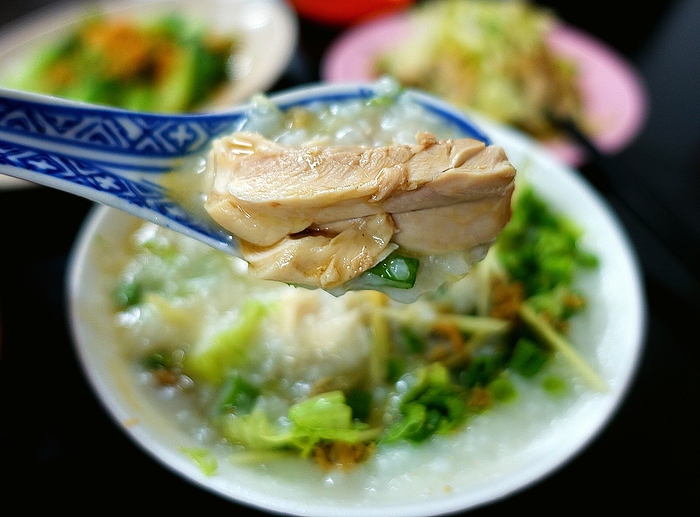 Sadly, Ah Woon passed away 5 years ago - she was only in her 60s then. Today, Ah Woon’s son, Mak Kwan Koai, 35, has taken over the running of the stall, now ensconced in their own shophouse on 33 Cintra Street, simply named Cafe Yee Sung Kai Chok. 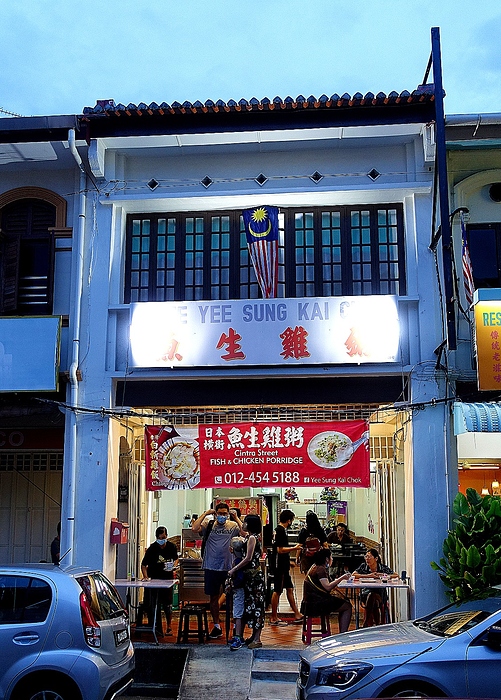 One can also order sides of poached chicken or blanched Romaine lettuce topped with sesame oil and soy sauce nowadays - all of which went perfectly with the chicken porridge. 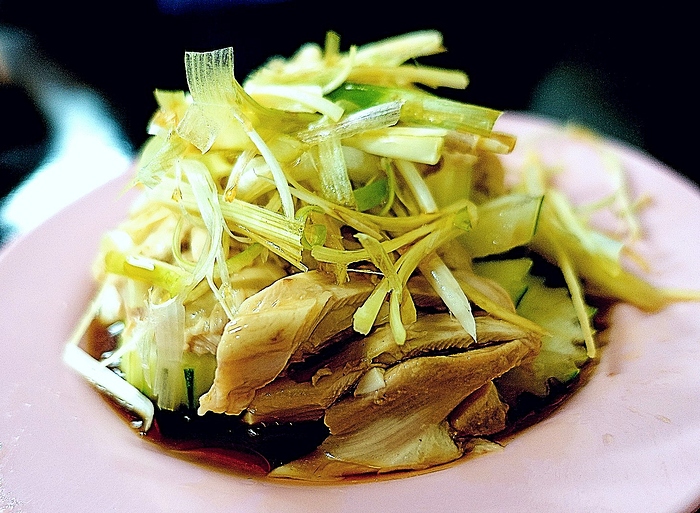 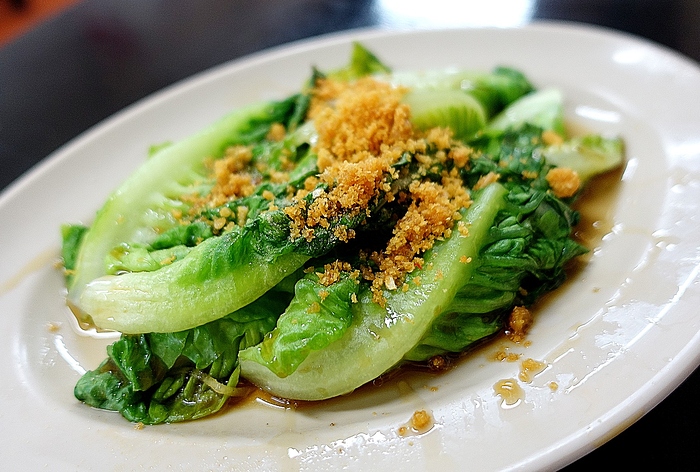 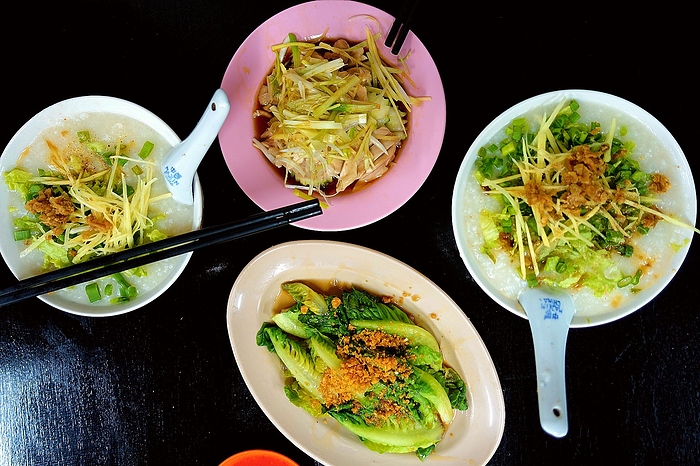 Call ahead to enquire and reserve the sashimi-like fresh wolf-herring fish slices, which can run out quickly. Mak Kwan Koai is an earnest, polite young man (35 years old) and differs markedly from his intimidating mum and aunt in terms of customer service. The old flavours are all still there, retained 100% by this third-generation of the family which started the business. 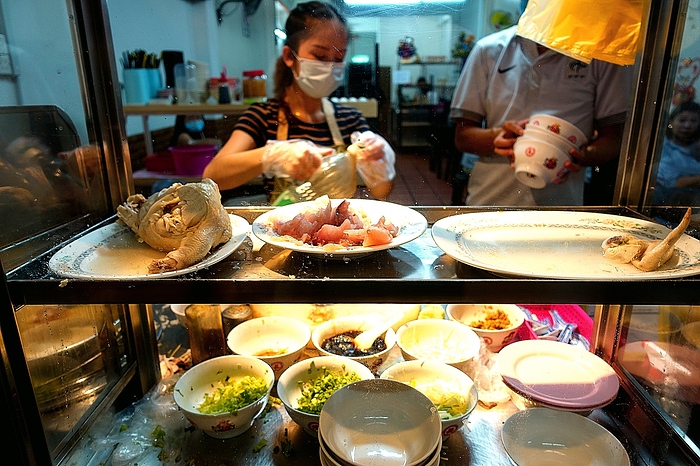 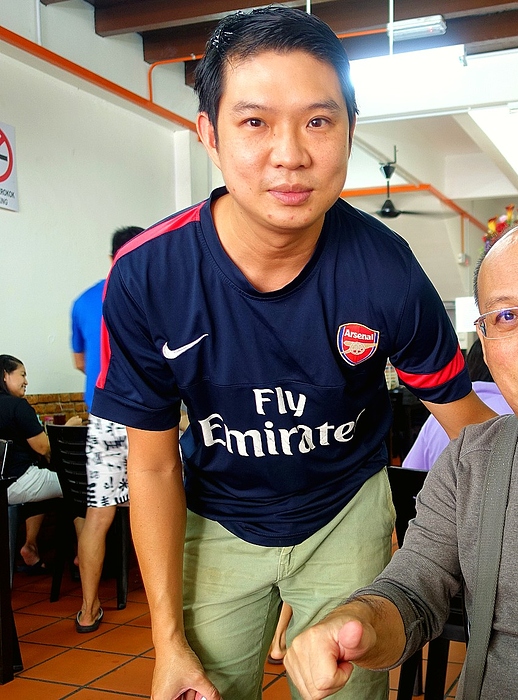 I love rice porridge every which way, with lots of ginger is a must. 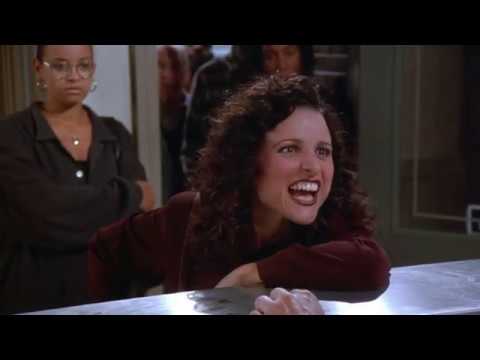 Have been watching Seinfeld over and over for maybe 2 decades now and I still find it funny.

Have been watching Seinfeld over and over for maybe 2 decades now and I still find it funny.