Swee Kong Coffeeshop at the corner of Moulmein Close and Burma Road is one of the best-known traditional coffeeshops in Penang, and certainly the best one in Pulau Tikus, which is also famous for its popular morning market and plethora of good eats. 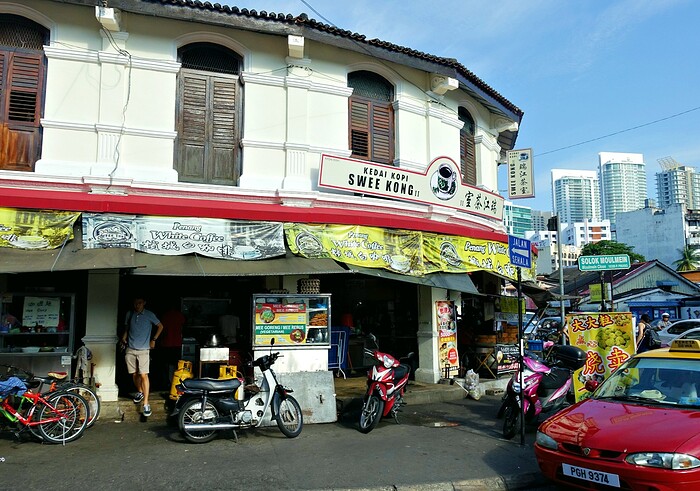 The best-known stall at Swee Kong is the Lean Huat Hokkien prawn noodle stall, but you need to come here well before 8.30am to be assured of a bowl of their steaming hot noodles. Permanent crowd there, so jostle in and shout your order. The amount of soup given is notoriously paltry compared to other Hokkien noodle stalls around town, but that merely adds to Lean Huat’s infamous reputation. Penangites refer to it as “the Hokkien mee opposite the police station”. 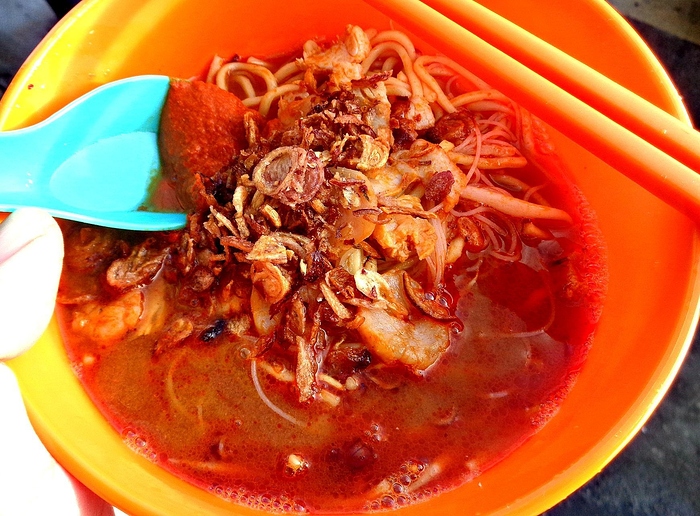 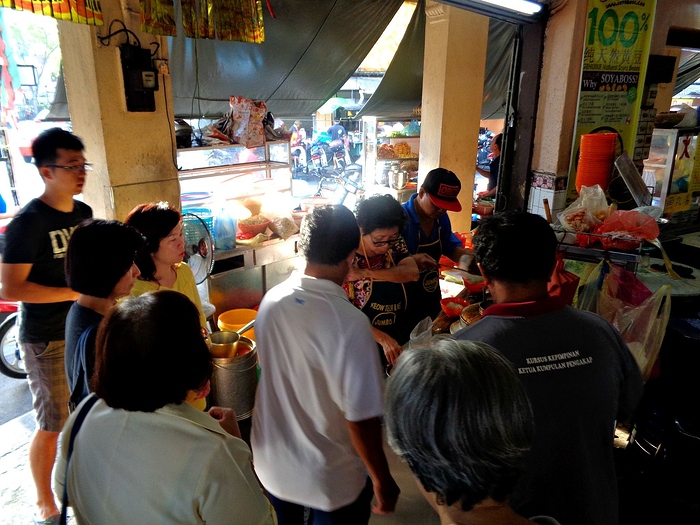 One other stall worth checking out there is the one making Indian sweet appams (crepes) using claypots. Ravindran Supramaniam and his wife, Kanchanana Devi Kalimuthu, currently run this 40-year-old stall, churning out delicious, moist, coconut-rich sweet crepes on charcoal stoves. I first tried their crepes at the 2015 World Street Food Congress in Singapore, but the crepes tasted so much better on their home turf: 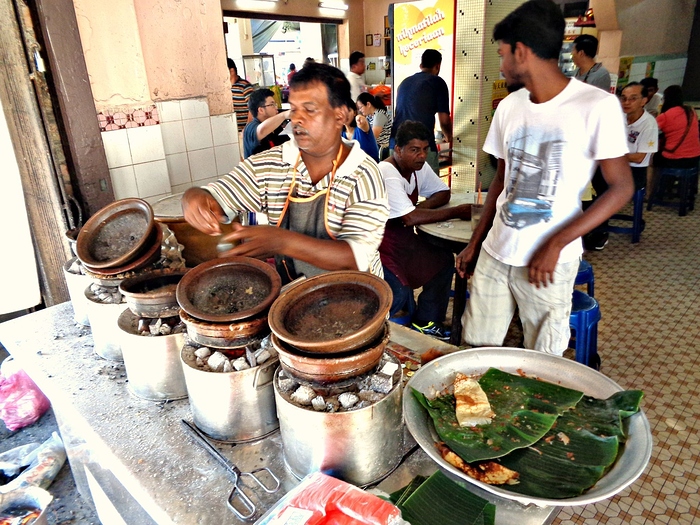 Other breakfast options at Swee Kong include Penang “char mee suah”, a variant on the “char koay teow”, using very thin rice noodles (mee suah) instead of flat rice noodles (koay teow). “Char mee suah” is also traditionally served with a dollop of sambal belacan on the side, which this stall faithfully adhered to. 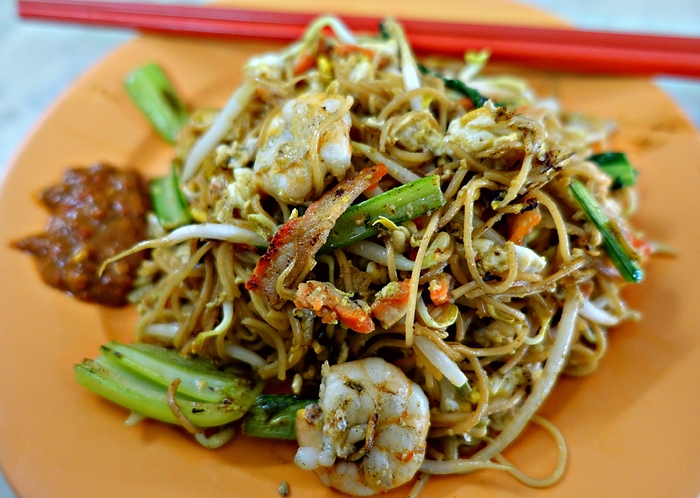 The Indian mee goreng/mee rebus stall is fairly new - perhaps half a year old - run by Mohammed Nazir bin Rawther, who used to be the assistant to Mahboob Zakaria, who runs the legendary 80-plus years-old Bangkok Lane Mee Goreng stall just across the road. I guess the master and the apprentice parted ways. We tried the mee rebus here. 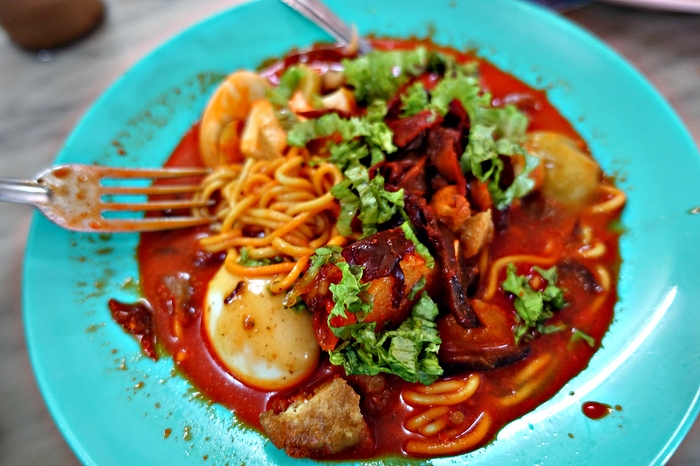 The “sar hor fun” stall churns out a respectable version of the dish - the "hor fun noodles have a deliciously-smoky wok-seared aroma, but the accompanying meat-seafood gravy was blander than expected. 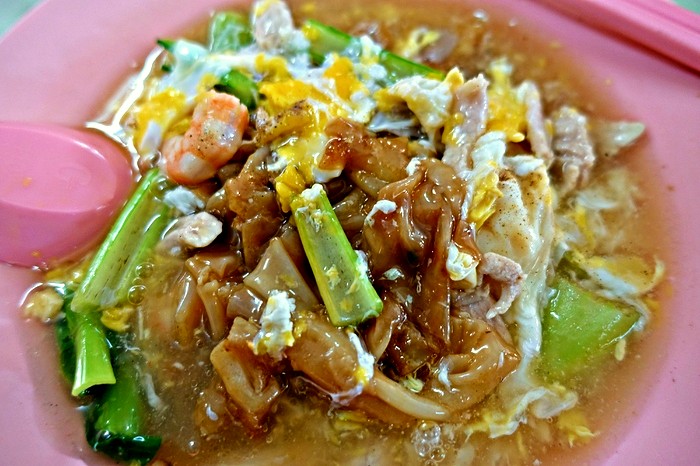 Whilst one is in Pulau Tikus, one also shouldn’t miss Penang-Nyonya dishes from Mdm Khaw’s stall in front of the market, where she purveys perhaps the best-tasting local Nyonya dishes in George Town. You can only do take-aways though, but her rendition knocks those from well-established Nyonya restaurants for dead with their home-cooked flavours. 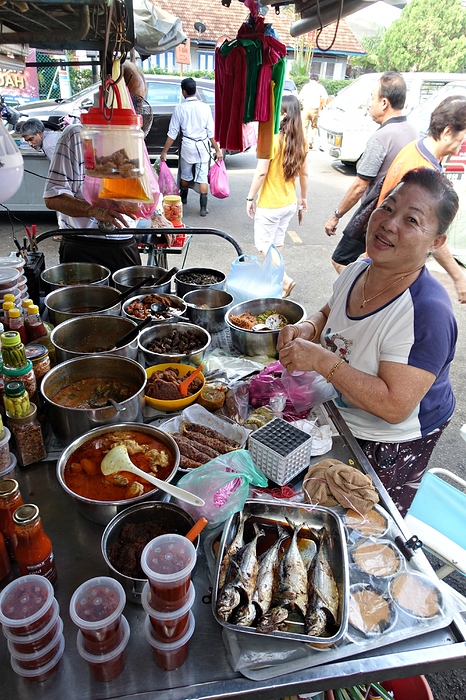 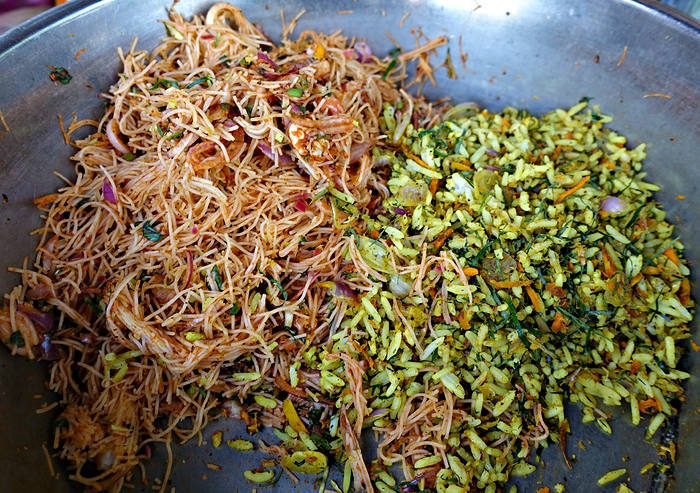 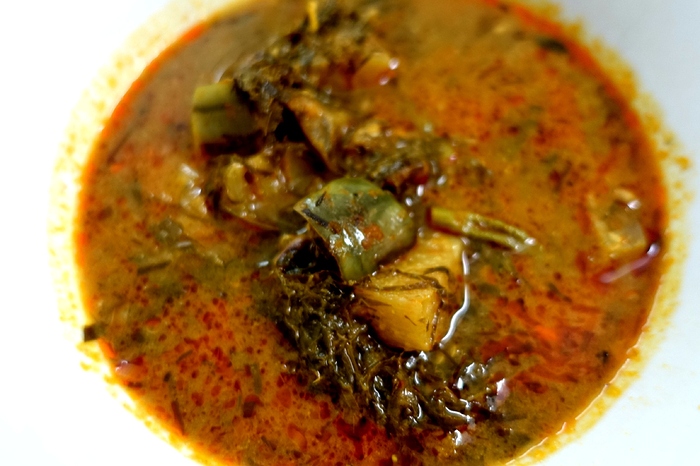 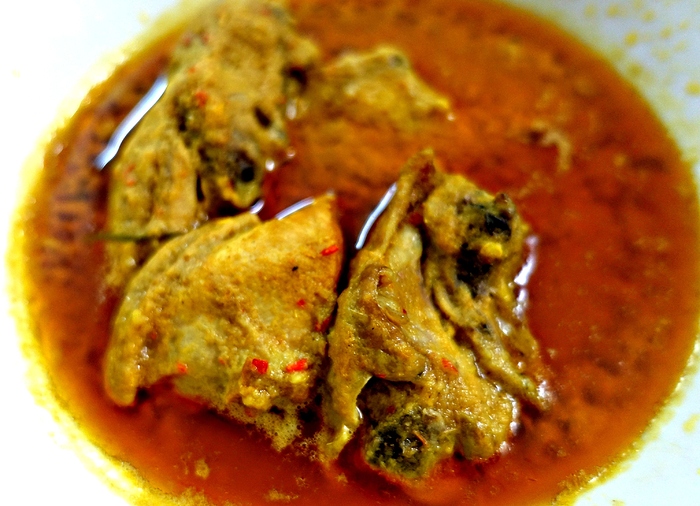 Back at Swee Kong to try the Mee Goreng stall by Mohd Nazir. 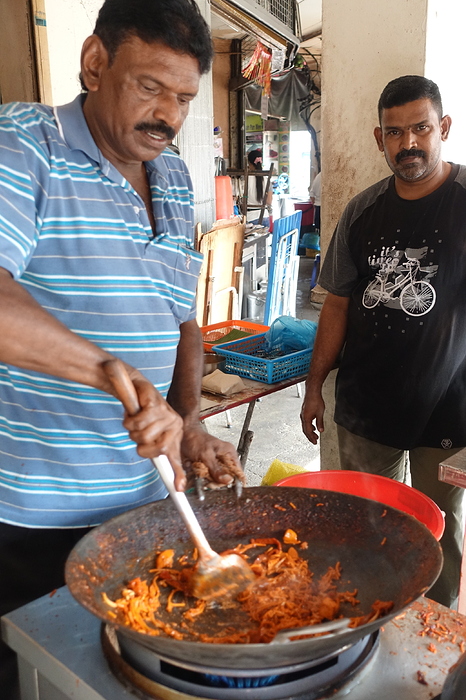 Mohd Nazir apprenticed under the legendary Mahboob Zakaria of the famous Bangkok Lane Mee Goreng at Seng Lee Coffeeshop (a Penang dining landmark) for17 years, but when the latter retired after a shoulder operation, he’d passed the management of the stall to his son. That was when Mohd Nazir decided to quit and started his own stall at Swee Kong, right across the road from Seng Lee in mid-2018.

We ordered both the mee goreng (fried noodles) and the mee rebus (braised noodles) here. Both were good. 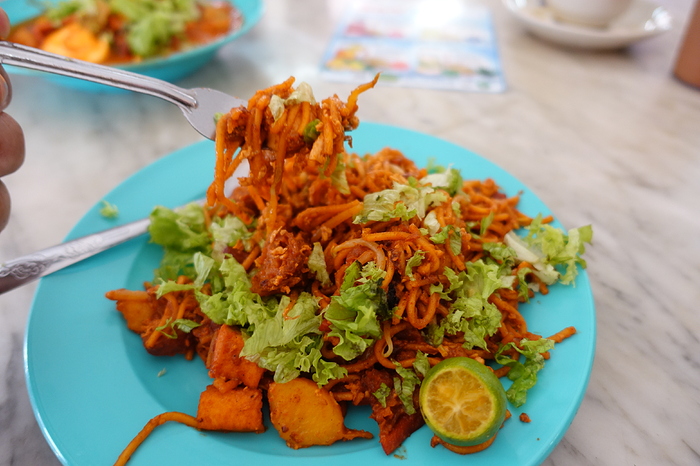 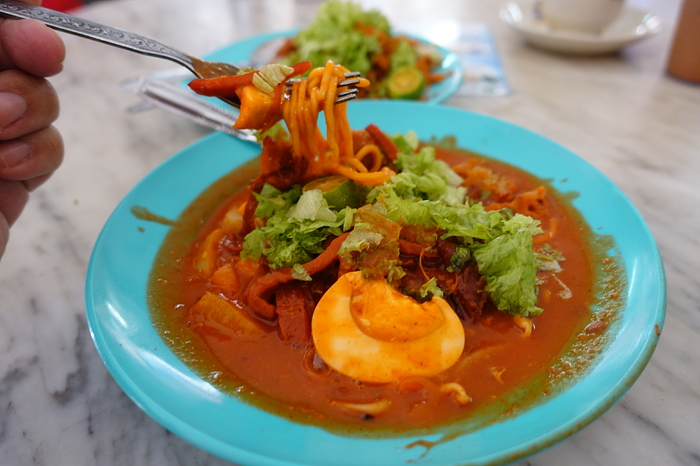 Will be in the area today and check it out…

Back to Swee Kong Coffeeshop for breakfast this morning, in bustling Pulau Tikus market which comes alive every morning. 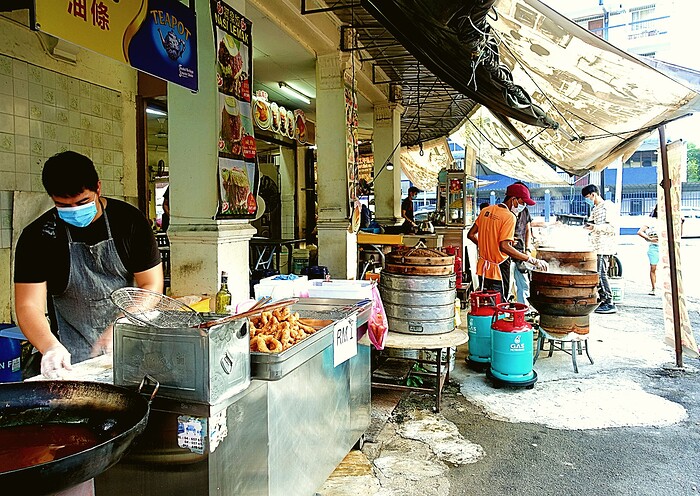 The first stall we came across was run by Mohamed Nazir bin Rawther, who was legendary mee goreng-man, Mahboob Zakaria’s second-in-command for 17 years at Bangkok Lane. Nazir now runs his own stall in Swee Kong Kopitiam. Nazir’s spicy fried noodles closely approximate the one by his mentor, Mahboob. Seeing that Mahboob has pretty much retired, and with his successors at the original Bangkok Lane spot nowhere near Nazir’s experience, perhaps it’s a better idea to come to Swee Kong instead for the “real stuff”. 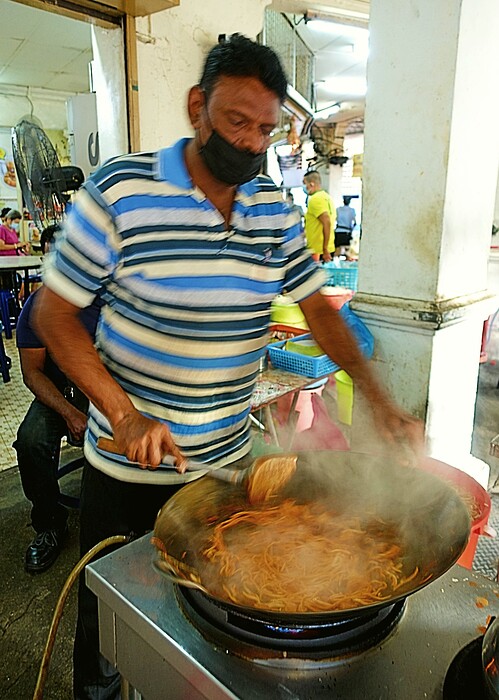 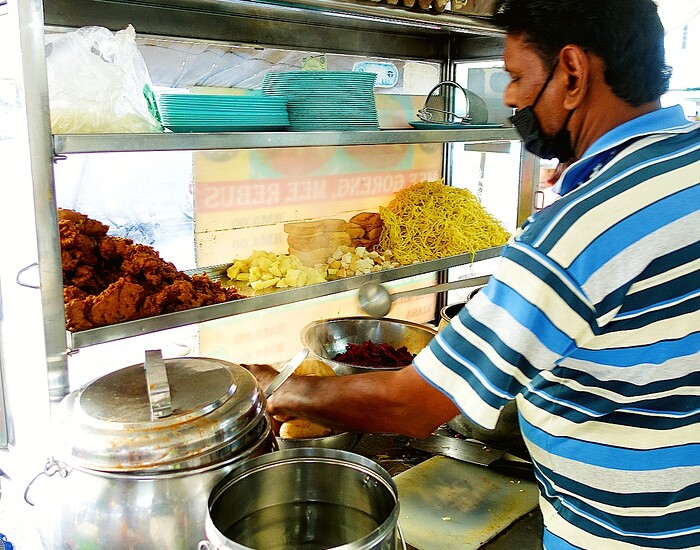 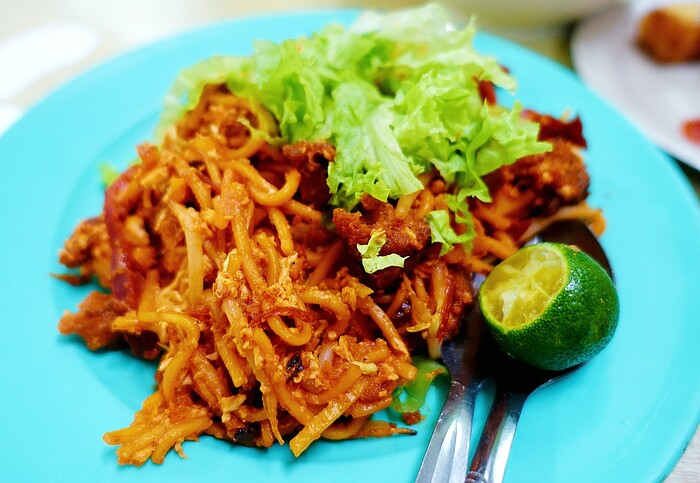 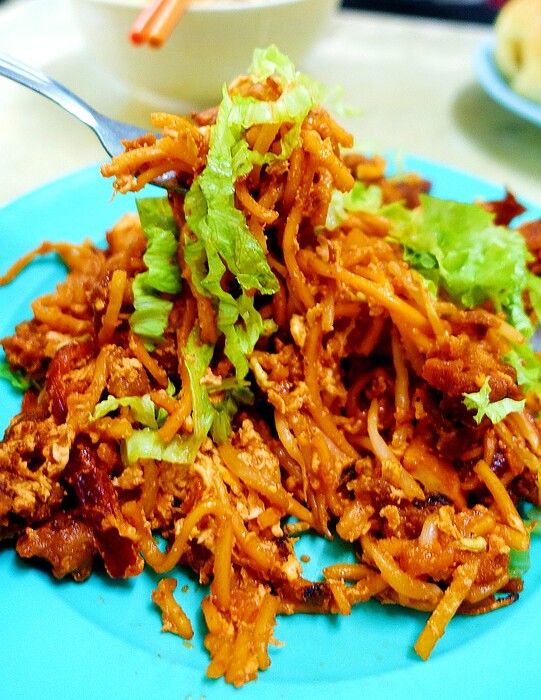 One can never come to Swee Kong and not try the Penang Hokkien prawn mee from its anchor store, Lean Huat Hokkien Mee - perhaps the best on the island. 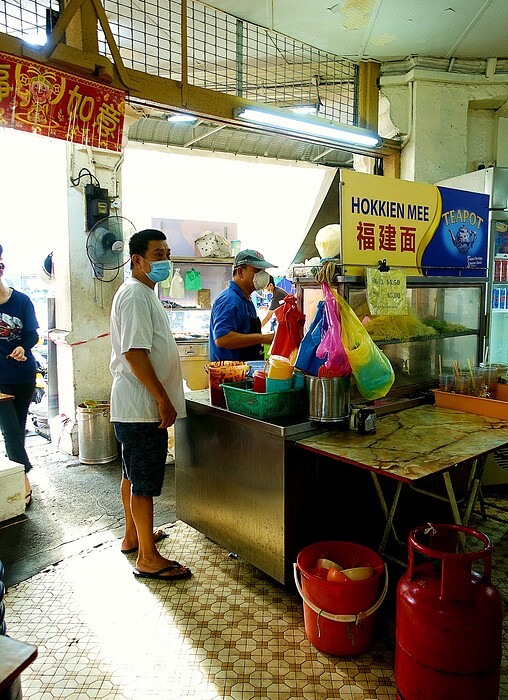 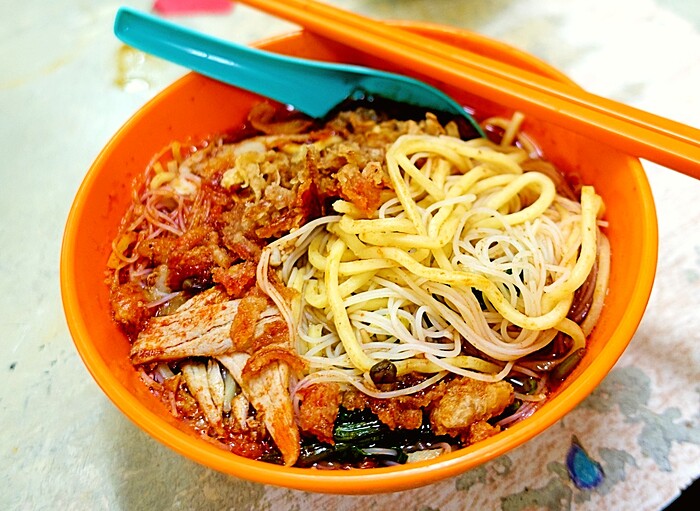 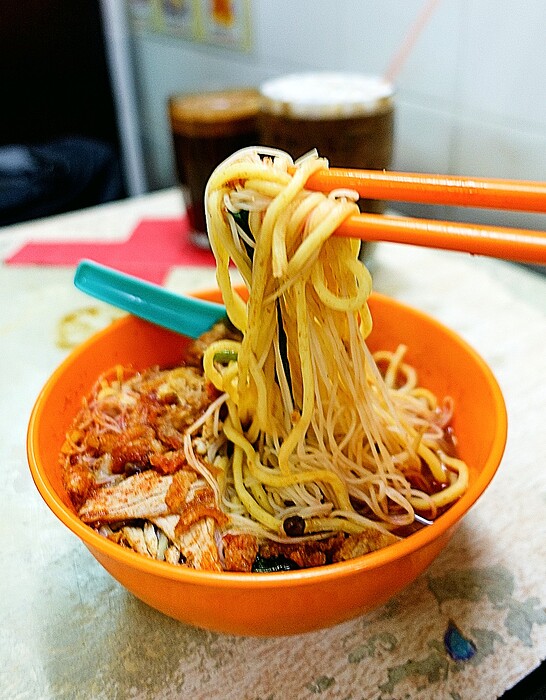 Chai tow kway: steamed rice cakes which are then pan-fried - the ones here were amazingly tasty! I’d come back here just for these. 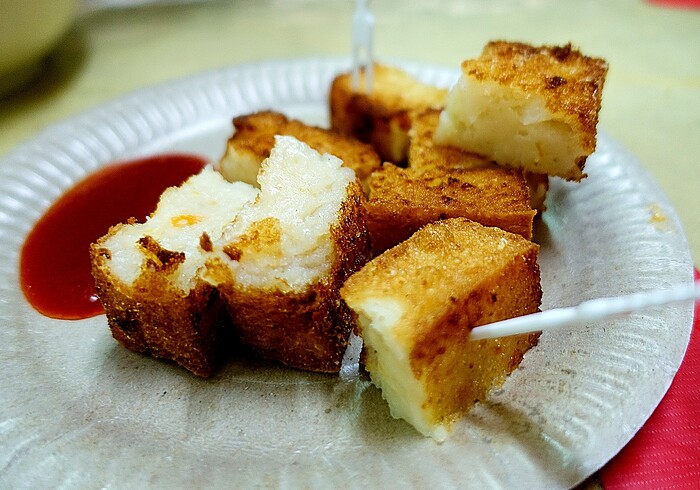 Lastly, we were at the stall selling Indian sweet appams (crepes) using claypots. Ravindran Supramaniam and his wife, Kanchanana Devi Kalimuthu, ran this 40-year-old stall, churning out delicious, moist, coconut-rich sweet crepes on charcoal stoves. I first tried their crepes at the 2015 World Street Food Congress in Singapore, but the crepes tasted so much better on their home turf. Their son now manages the stall. 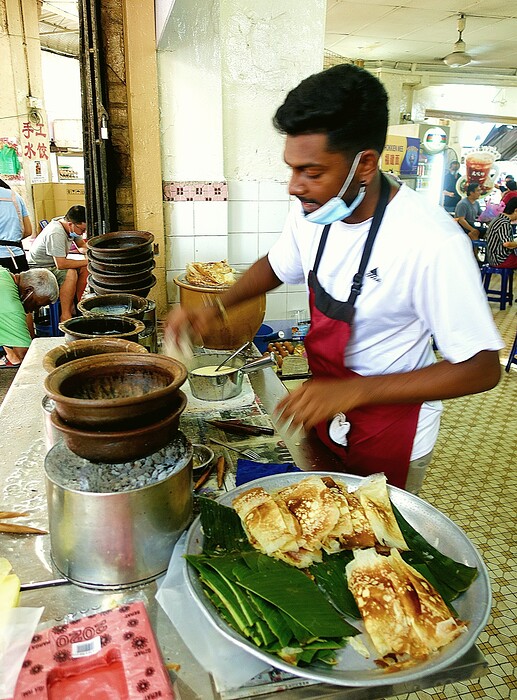 Pulau Tikus is one of Penang’s earliest neighborhoods, and people started settling here as early as 1786, when Captain Francis Light first designated Penang as a British trading post.
Pulau Tikus is where Penang’s Straits-born Chinese Baba-Nyonya community first interacted with the early Siamese and Burmese communities, who also came here in the late-18th and early-19th centuries.

This is also perhaps the birthplace of the Penang “asam laksa”, which appears to incorporate influences from both Thai “khanom jeen nam ya” and Burmese “mohinga”, all using rice noodles in a sour-spicy fish-based soup, accented by lemongrass, galangal and tamarind, festooned with a bouquet of fresh herbs. 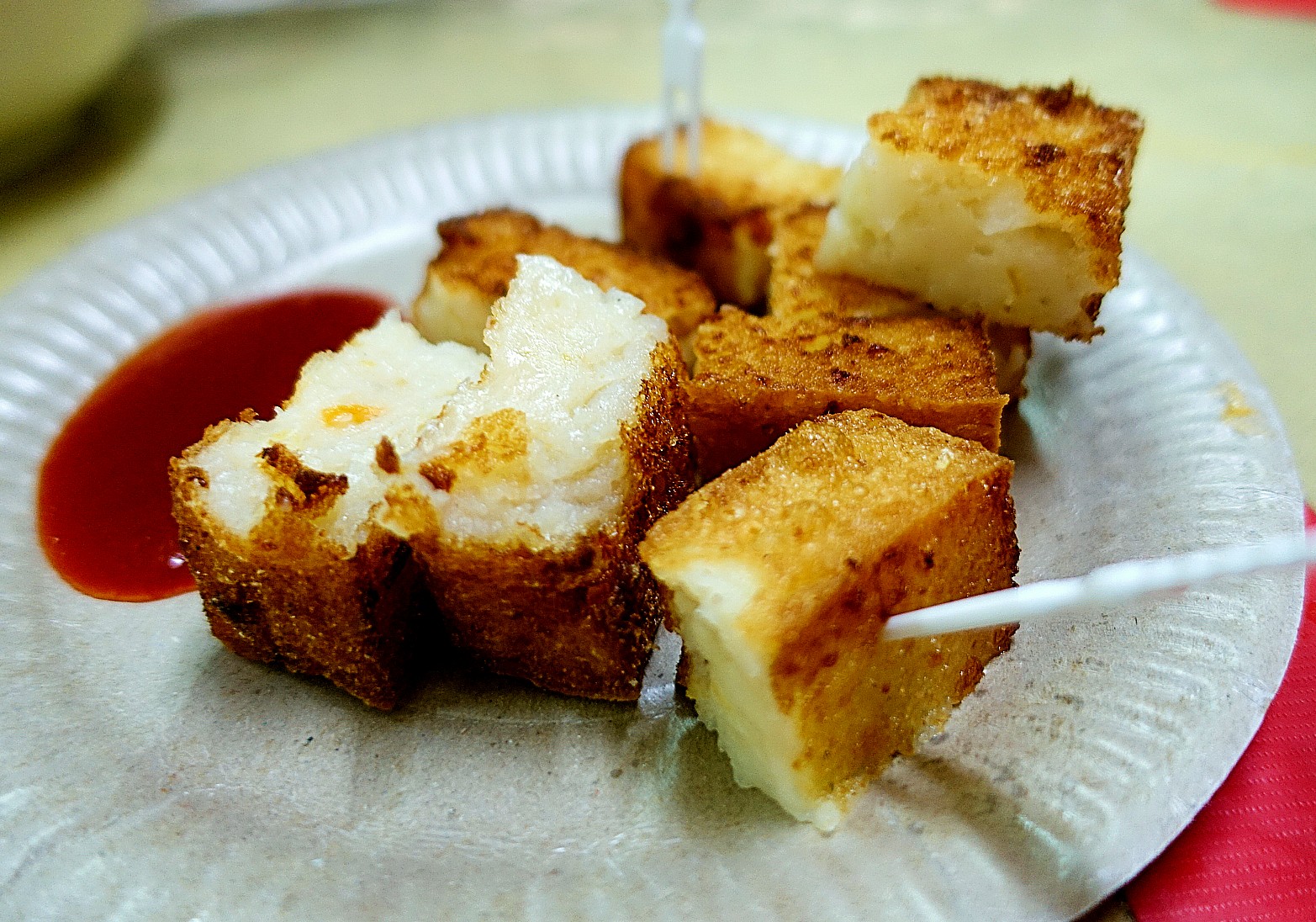 These ones were divine! Like little polenta cakes (which I also like) but tastier than any others I’d ever come across.

So funny, I had this Hokkien Mee yesterday morning! Swee Kong is one of the few kopitiams open when I take my 6:30 am walks.

Was quite nice. Less shrimpy than some of the others I’ve had here!