Good Cantonese-Chinese food, including “dim sum” can be very hard to come by in Penang, which is largely Hokkien-Chinese, and where the street food/hawker fare are heavily-influenced by its large Teochew-Chinese minority, unlike in cities of Kuala Lumpur and Ipoh which are largely Cantonese.

However, relative new kid on the block, Fu Er Dai, on Jalan Sultan Ahmad Shah (Northam Road) owned by a restaurateur from Ipoh, seems set to be the game-changer where early morning breakfast “yum cha” is concerned in Penang.

We were there last Sunday and the breakfast crowd was already packing the place by 6.30am in the morning. Traditionally, “dim sum” is a breakfast food in South China and among the Chinese diaspora in South-east Asia - most dim sum places do roaring business at the break of dawn, then close up by 10am, or else turn their kitchens over to cooking hot dishes for lunch. Fu Er Dai, however, also offers “dim sum” for lunch. 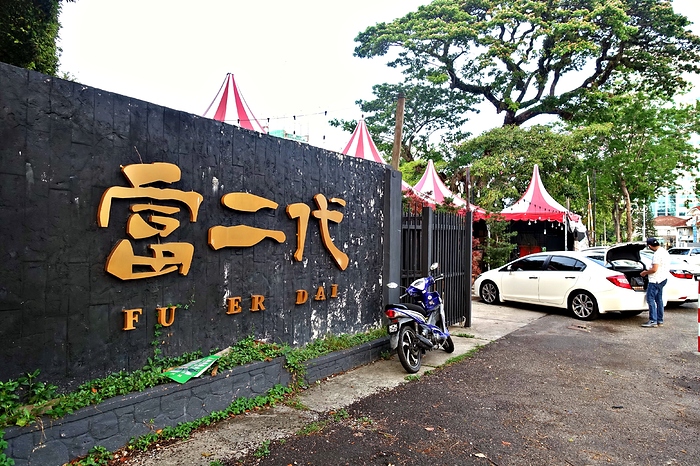 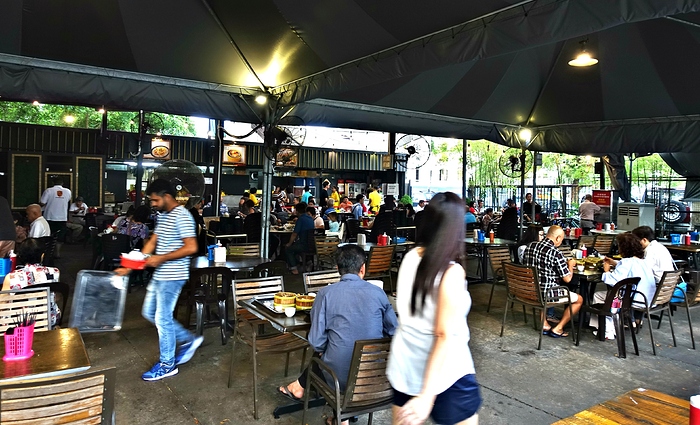 The modus operandi here is similar to that used in Foh San, Ipoh - first, procure a table. Your waitress will get your tea order, then give you a food order card. Bring that card along to the serving station, where you queue up and select your choice of dim sum items. The servers will load the hot steaming bamboo baskets onto your tray, and tick your orders onto your order card which you need to present to the cashier at the end of the meal 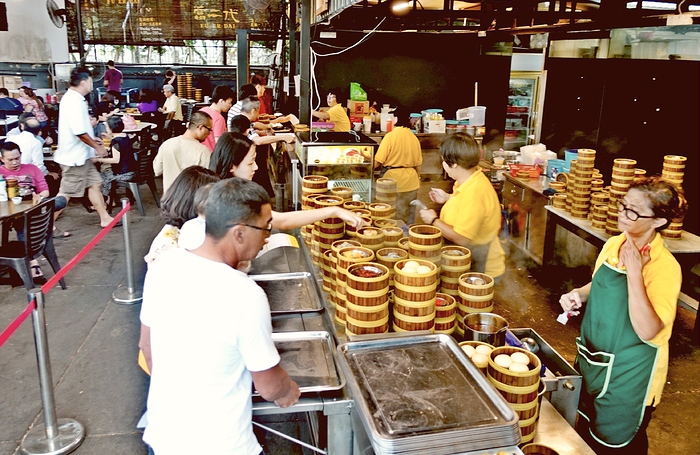 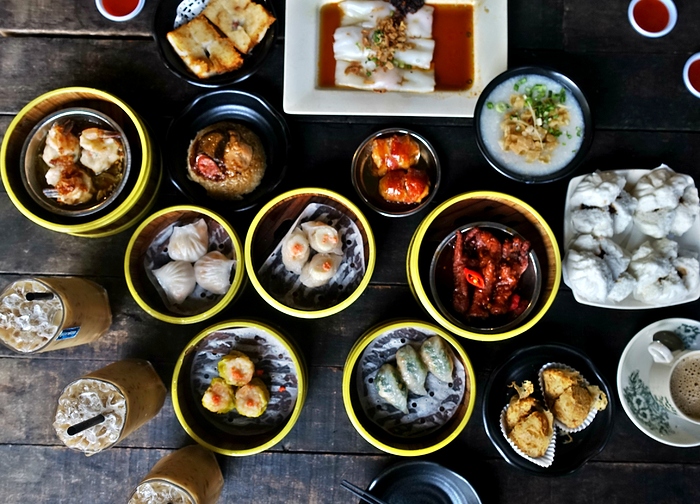 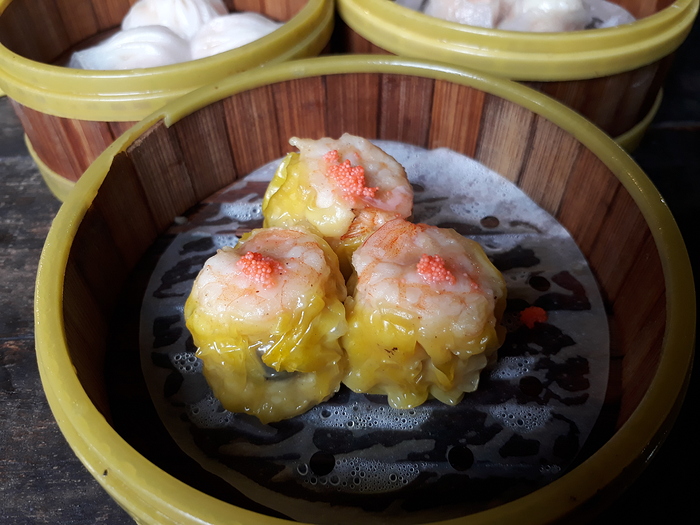 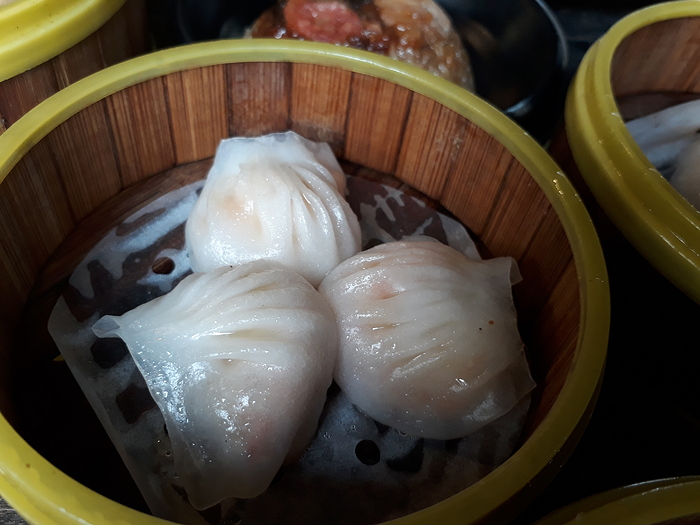 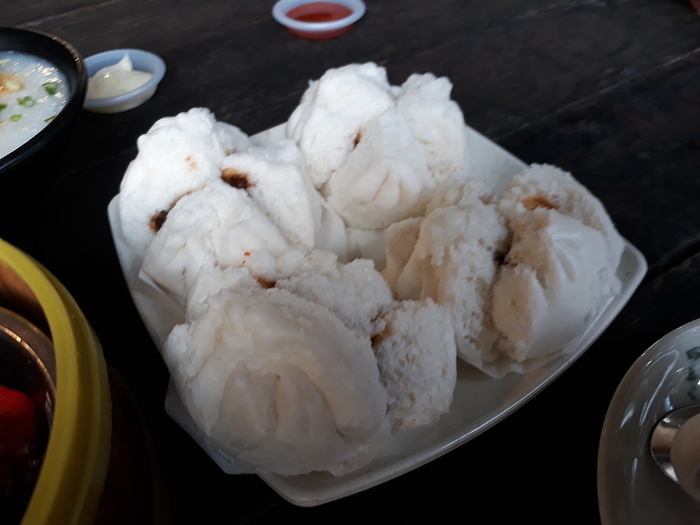 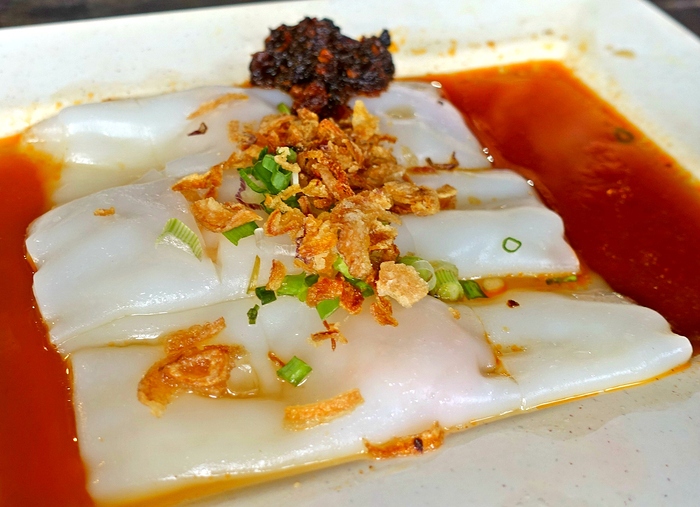 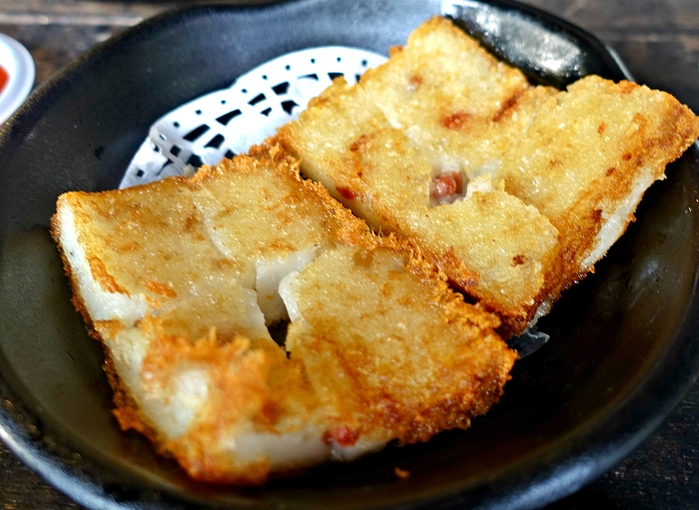 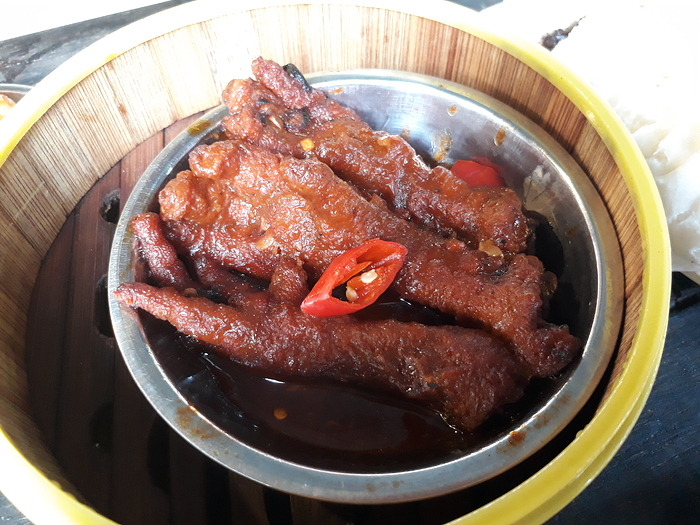 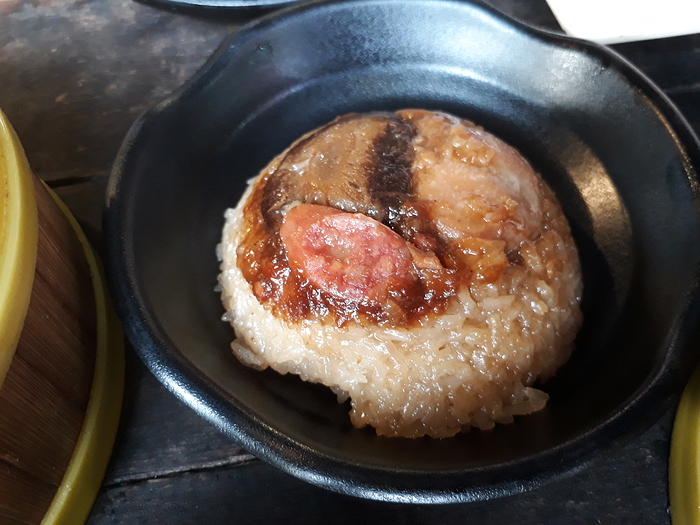 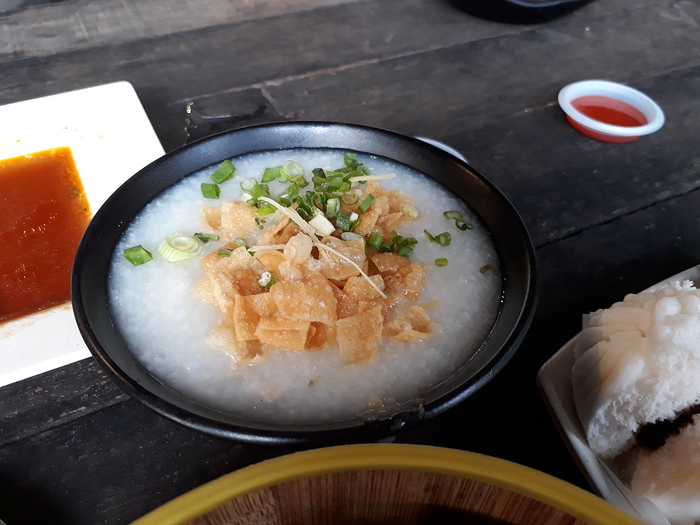 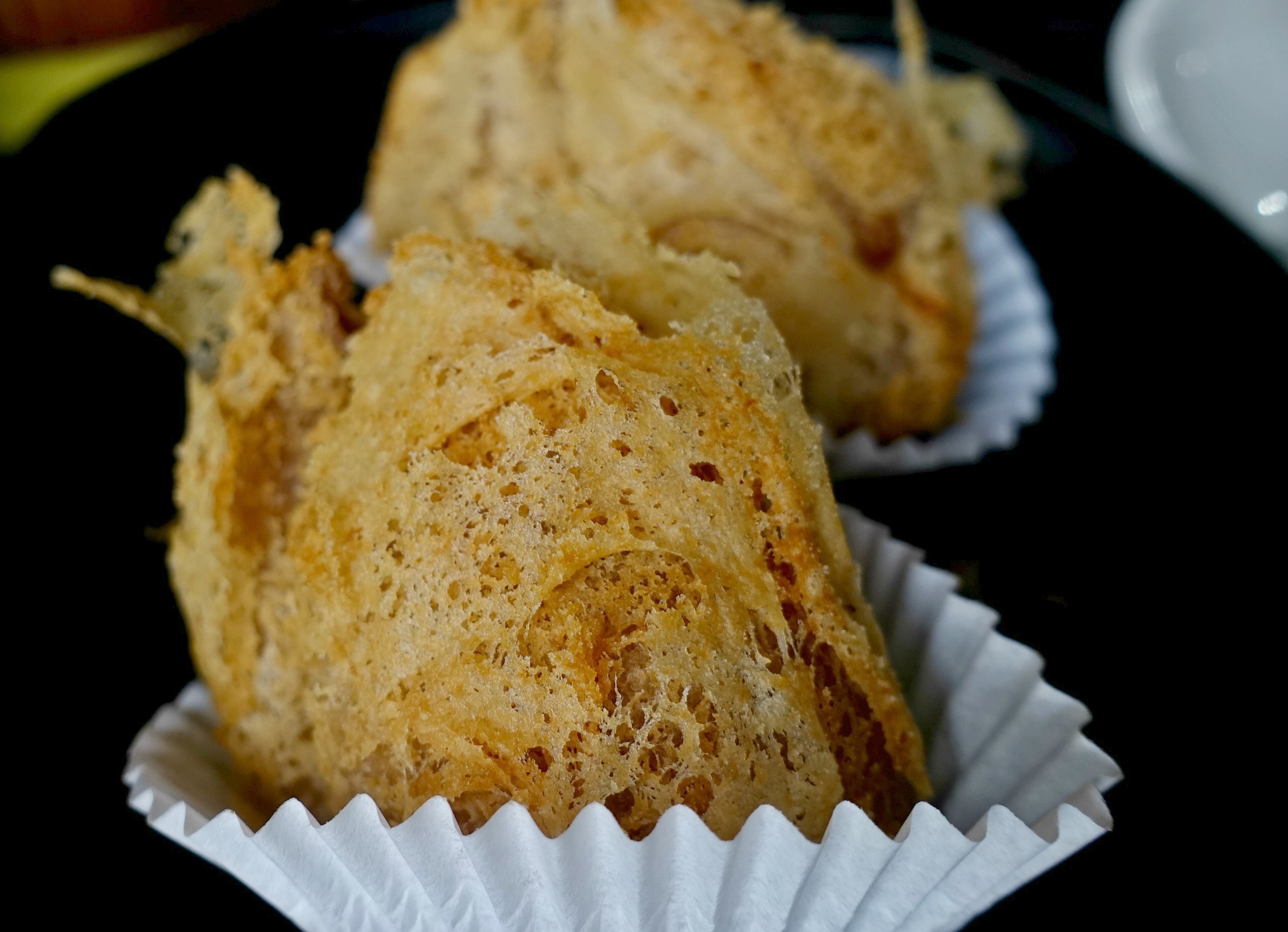 Besides the basic dim sum options above, Fu Er Dai also has some of its own variations: 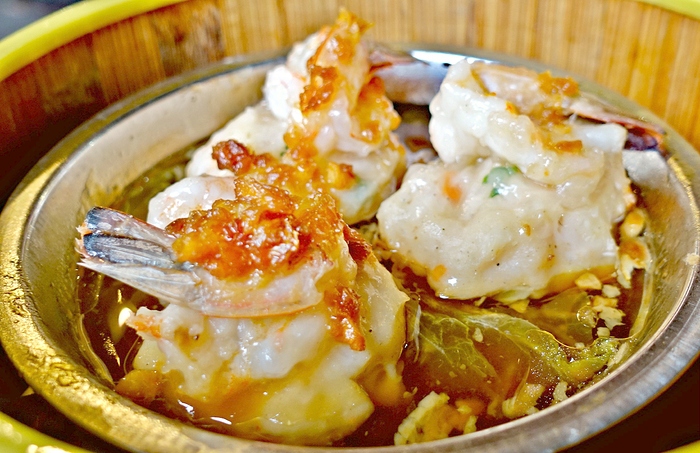 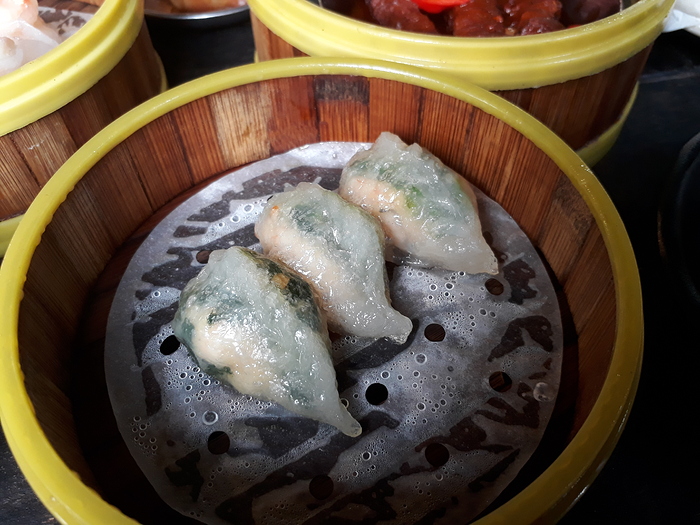 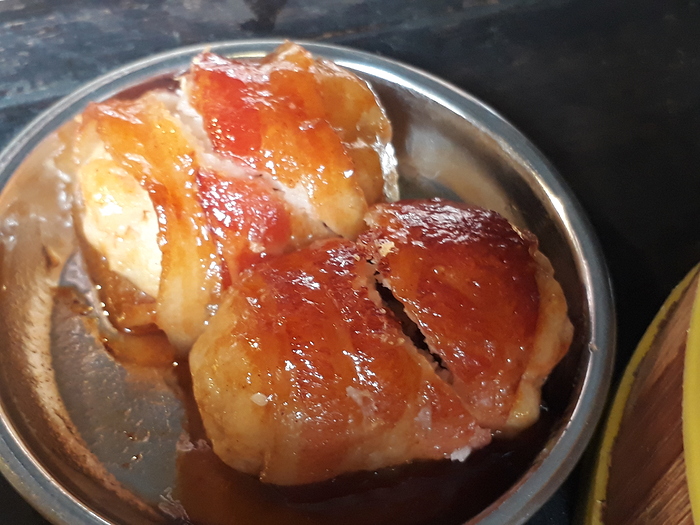 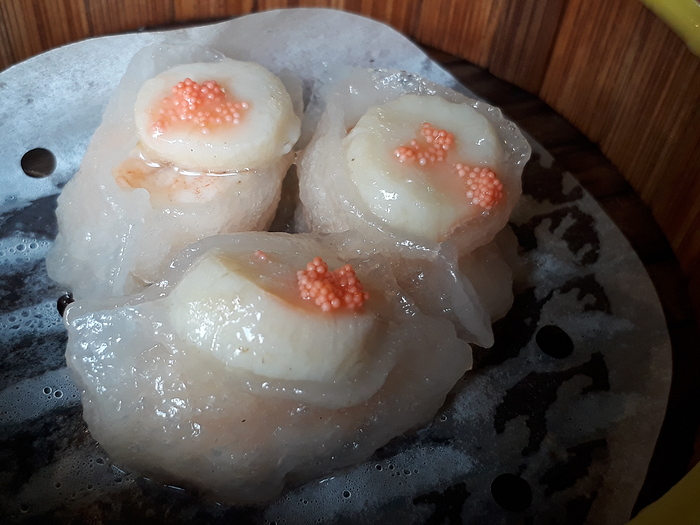 The dim sum looks authentic (with thin skin) and they have even congee. The difference seems to be quantity. Usually Cantonese dim sum like har kow, stew mai or dumplings come in 4 pieces, instead of 3 in this restaurant, and turnip cakes 3 pieces, instead of 2. Although I never understand why certain dim sum 4 or 3 or 2 pieces…(Cheong fun are always 3 pieces). I wonder the 3 pieces (instead of 4) is a Malaysian Chinese habit: they eat less or they arrive in a smaller group?

I absolutely agree with you - this wasn’t the case in Penang a decade or so ago - the dim sum people are Penang-born Cantonese and are sticklers for tradition.

But this “down-sizing” has been occurring with disturbing regularity in Penang these days - I think the main reason is actually the restaurateurs trying to get people to order more types of dim sum, hence they cut down on the number of dumplings per serving.

But this “down-sizing” has been occurring with disturbing regularity in Penang these days - I think the main reason is actually the restaurateurs trying to get people to order more types of dim sum, hence they cut down on the number of dumplings per serving.

I don’t think they change the price for selling less. LOL. It is a bit annoying for a group of 4, which is often the case, (a family of 4 or 2 couples). Maybe as clients, you should reflect this to the restaurant(s), that traditions should not be modified…

Maybe as clients, you should reflect this to the restaurant(s), that traditions should not be modified…

Not just this place, I’d been to a couple of other dim sum places in Penang and KL which have done the same. I was very annoyed initially, but have somehow wearily accepted this “new” practice as inevitable in Malaysia.