Chooi Kee Hokkien Mee stall at the Star Hotel kopitiam, on the corner of Carnarvon Street and Cheong Fatt Tze Street (formerly Hong Kong Street), is over half a century-old, and purveys one of the best versions of Penang-style Hokkien mee in George Town. 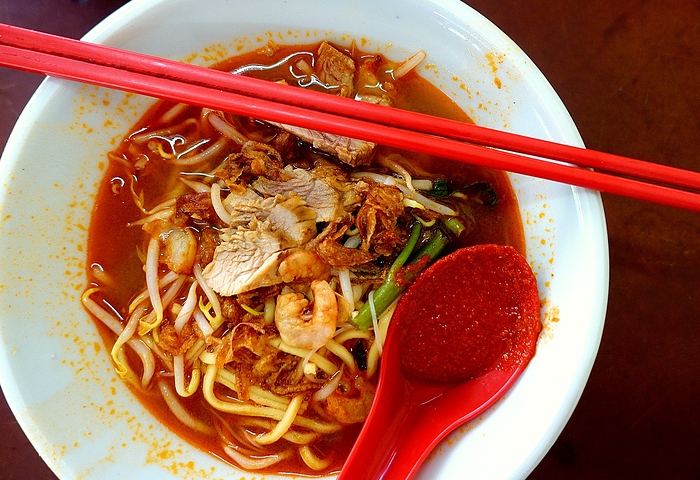 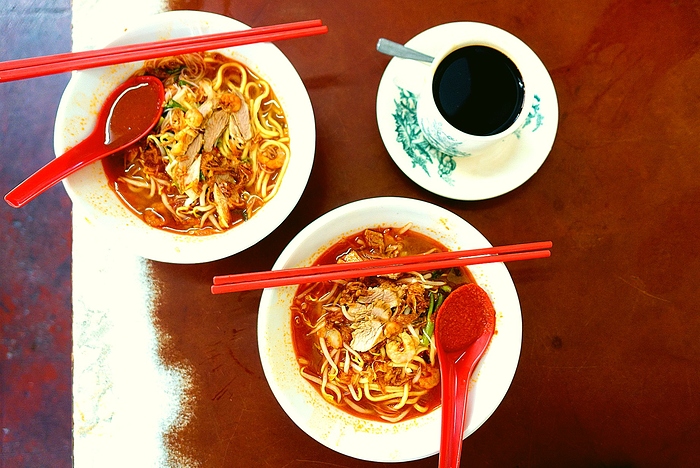 Back in Fujian, China, where this dish originated from, the red hue on the soup was obtained from slow-boiling pork bones and prawn heads for hours. The crustacean shells contributed to the reddish-orange colour of the broth. In Penang, the Hokkiens, having developed a taste for chili spice after more than 200 years here, upped the ante by adding copious amounts of blended chilis to give the dish a real kick.

Other than the broth, other components of the Penang Hokkien mee are similar to its Fujianese original (known as “spring noodles” in Fujian, and simply as “prawn noodles” in Singapore), i.e. a mix of yellow Hokkien wheat noodles and thin rice vermicelli (“bee hoon”), beansprouts and water spinach, garnished with prawns and sliver of pork, then topped with shallots and lardons. 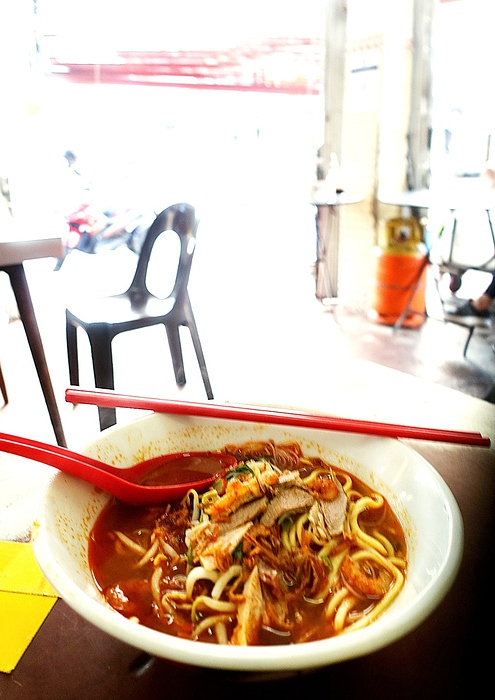 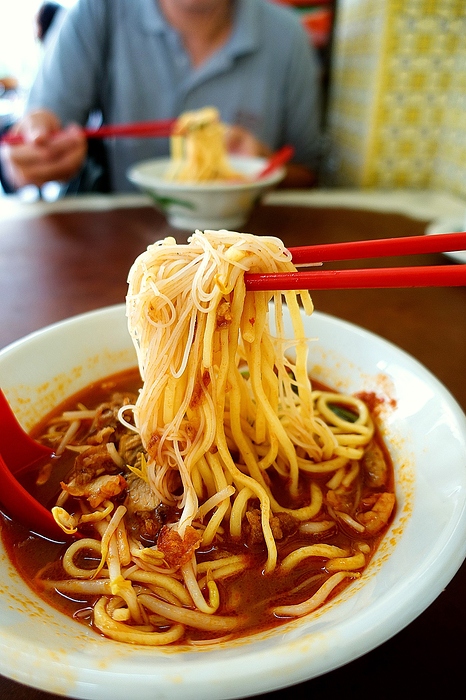 Penang-style Hokkien mee is known as prawn mee in Singapore and Kuala Lumpur: noodles in a pork-prawn broth. However, in Penang where hawker food culture is traditionally dominated by the Teochews (e.g. char koay teow, koay teow th’ng, koay chiap, etc.), the prawn mee is perhaps the only hawker food item that’s sold by the Hokkiens, hence the term “Hokkien mee” is used to describe it.

The stall-owner/chef, Mr Tan here is, ironically, a Teochew, but is so well-known, he was hired by Singapore’s Malaysia Boleh! food court chain owners (Tan Kim Leng and Tan Kim Siong of the Fei Siong Group) to show them how Penang-style Hokkien mee is prepared when the very successful food court first opened in Jurong Point, Singapore, back in 2013. He subsequently trained all the Hokkien mee chefs there. 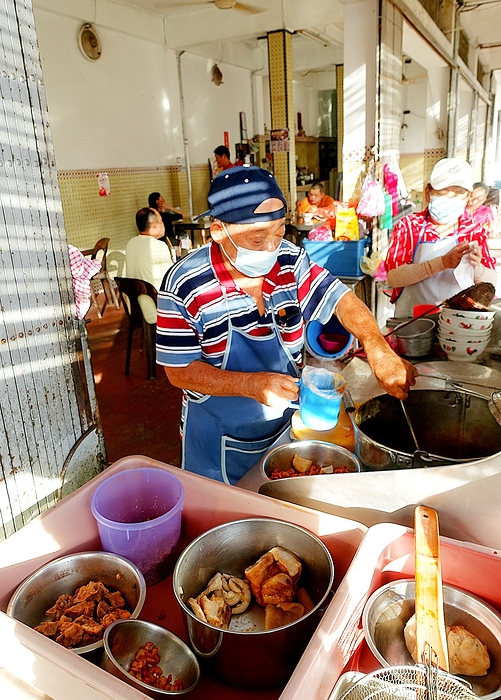 Come early, though, Mr Tan opens for business 6.30am to 9.30am (Mon to Sat. Closed on Sundays), but he’ll close earlier if everything sells out - which often happens. 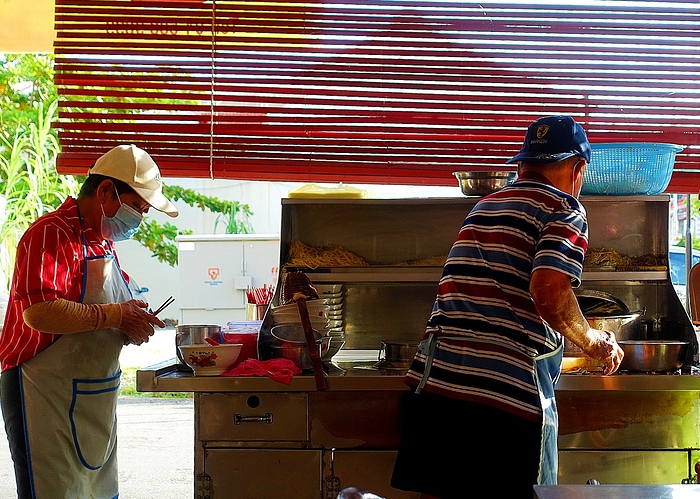 Traditional local brewed coffee is a perfect companion to the Hokkien mee, to start one’s day with. 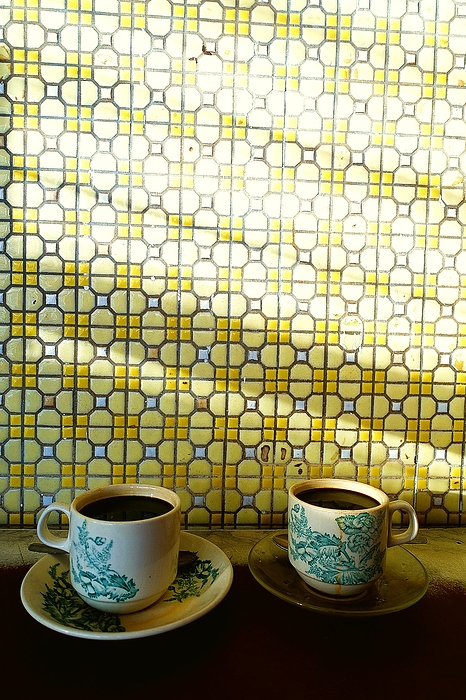 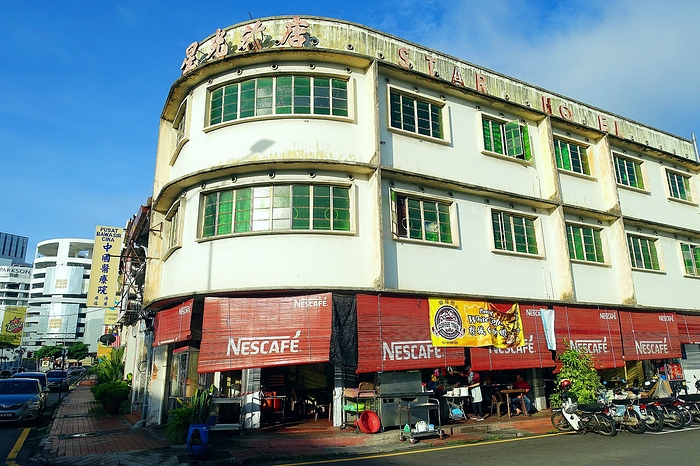 Cheong Fatt Tze Street, was originally known as Hong Kong Street, but renamed in 1992 after the Penang-Chinese philanthropist who was often called “the Rockefeller of the East”. 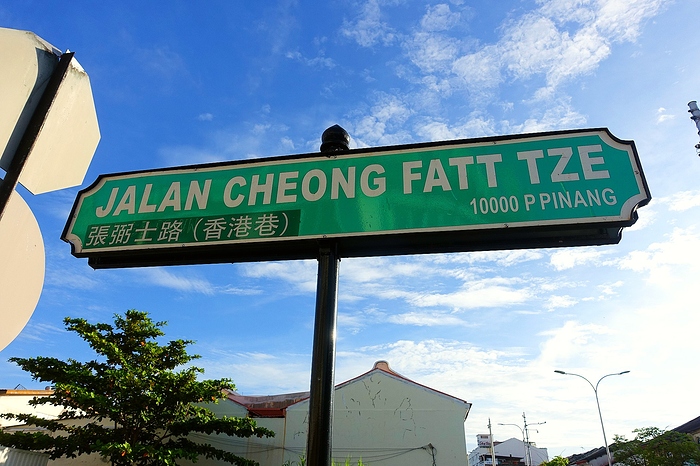 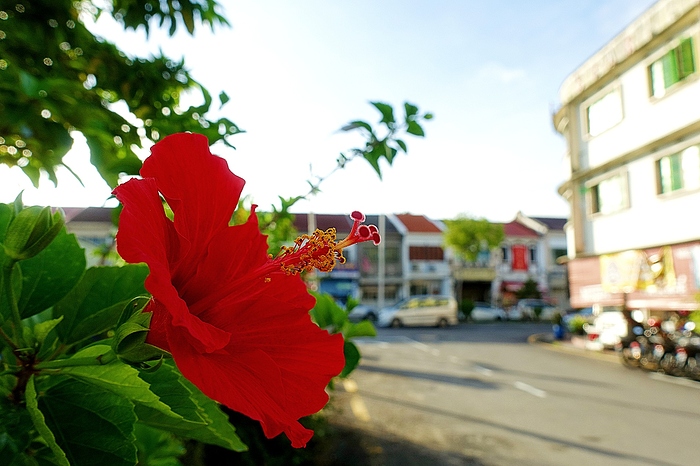 P.S. - Mr Tan’s daughter runs a Hokkien mee stall at Ho Ping coffeeshop at the corner of Penang Road and Kampung Malabar Road. Go there if you miss the original here.

Breakfast this Friday - we were back at the Star Hotel to take-out Hokkien prawn noodles from Chooi Kee Hokkien Mee. Like most of the traditional coffeeshops/kopitiams in Penang, the Star Hotel is still not open for dining-in. 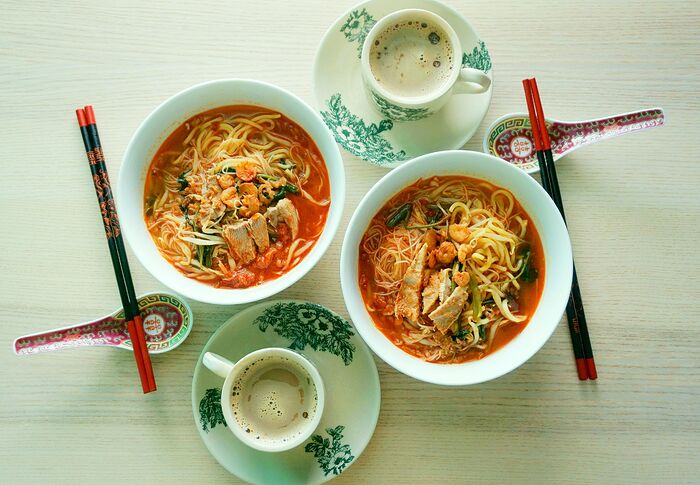 The noodles still tasted just as good after the 30-minute drive home, although we had to microwave the contents of our take-outs to get them piping hot. 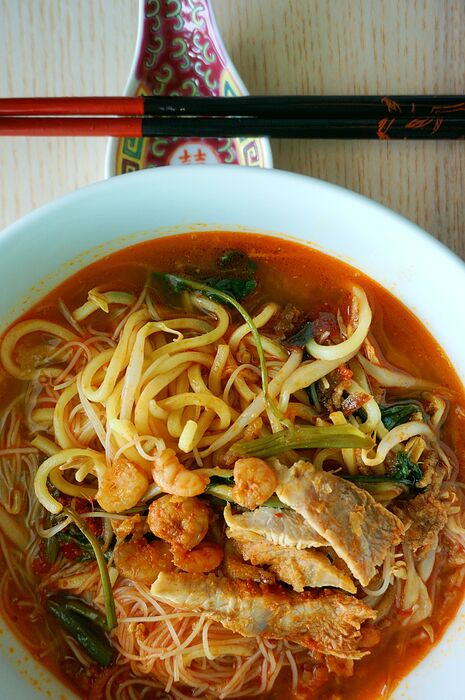 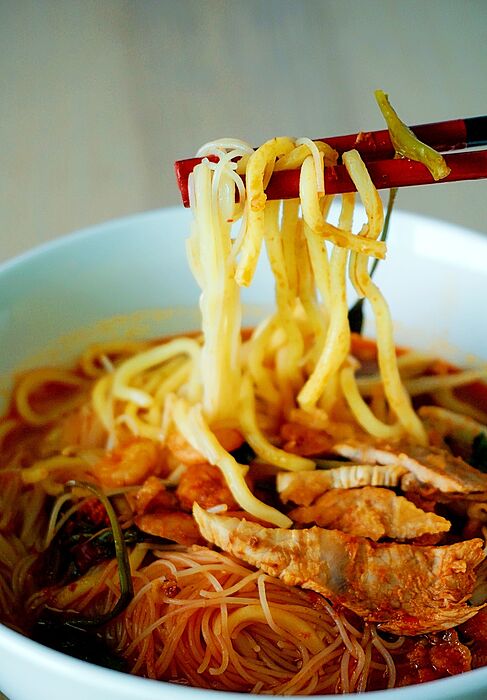 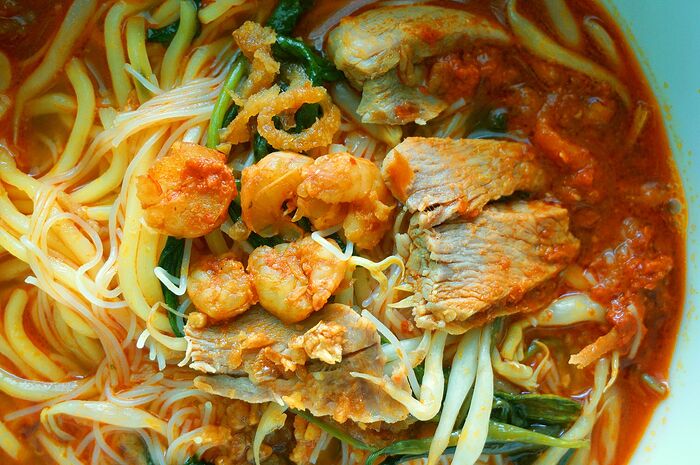 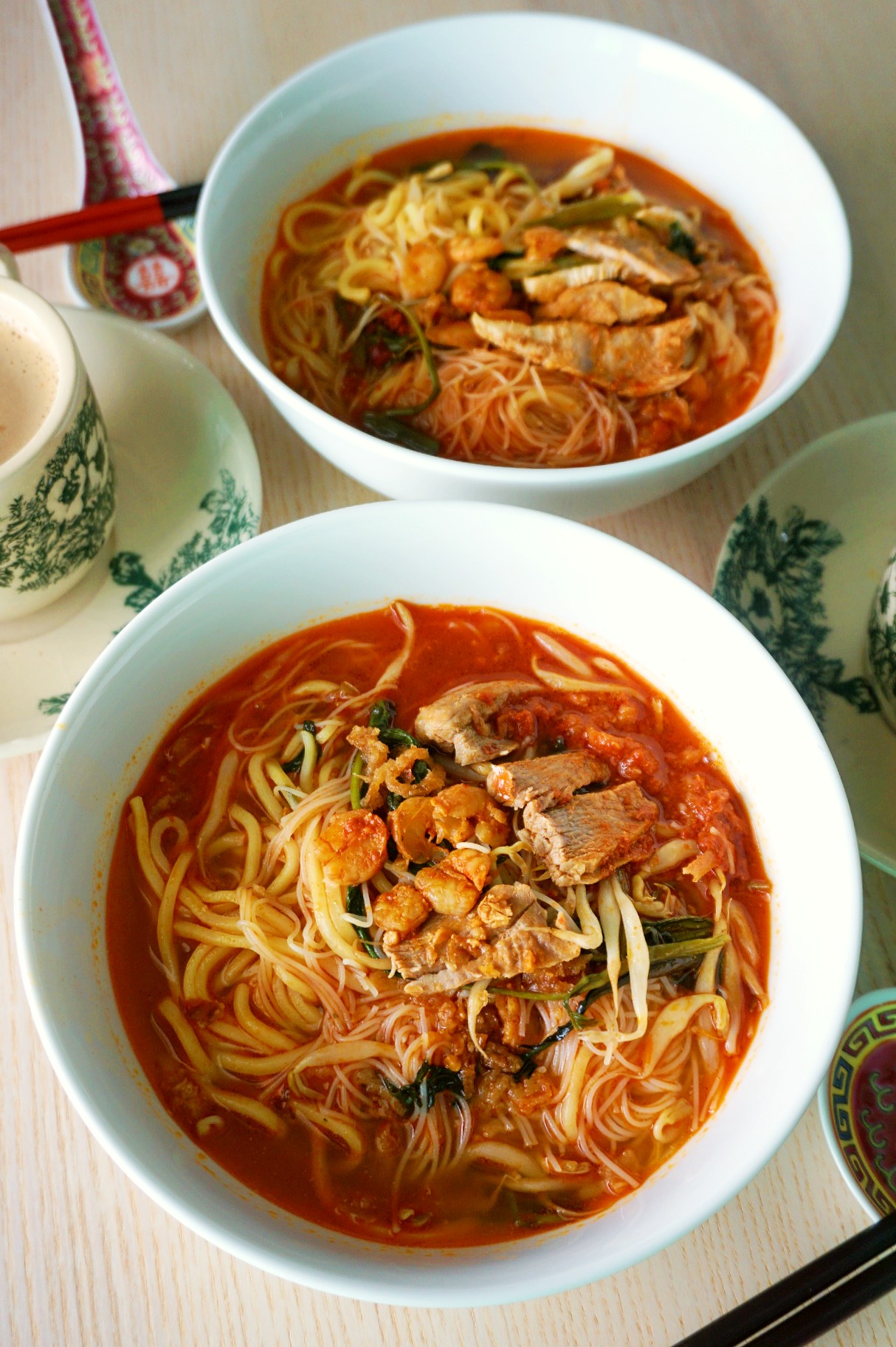 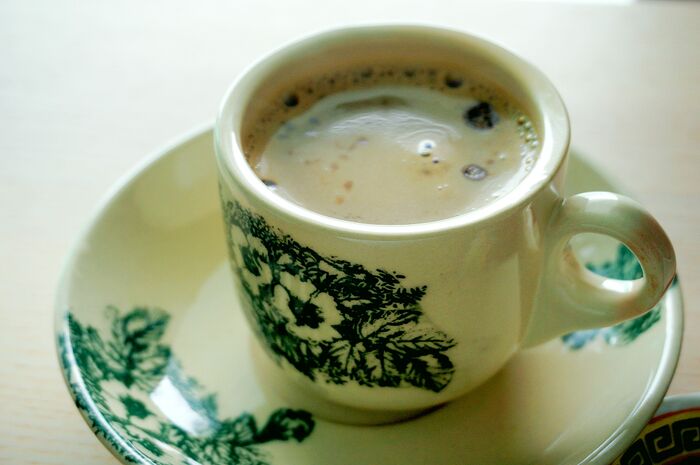