Ah Chye Chicken Porridge started its life in as a stall inside New Cathay kopitiam (traditional Chinese coffeeshop) on the intersection of Burmah Road and Tavoy Road more than 30 years ago. The stallholder-chef, Chee Thean Chye, prepared the tastiest Cantonese-style chicken porridge by cooking good quality rice grains patiently in a delicate chicken stock which he’d made from simmering whole chickens, scallions, ginger and garlic.

Chee Thean Chye, known by his nickname “Ah Chye” to his customers, would chop poached chicken into fine shreds and place them at the bottom Chinese soup bowls, into which he’d ladle his steaming hot chicken porridge, by now boiled down to a smooth, glossy ivory-white gruel of sheer deliciousness. He’d then top up the bowls with finely-julienned ginger and chopped green scallions, add some cut-up crisp-fried Chinese crullers (which would give an added textural crunch to the dish) before serving.

I’ve had Penang friends who attested that they had Ah Chye’s chicken porridge for supper almost on a daily basis (!), such was the pull that his dish had on them.

Ah Chye also offered poached chicken as a side-dish, together with chicken livers and gizzards, and blanched Chinese lettuce or other leafy greens, to accompany his chicken porridge. 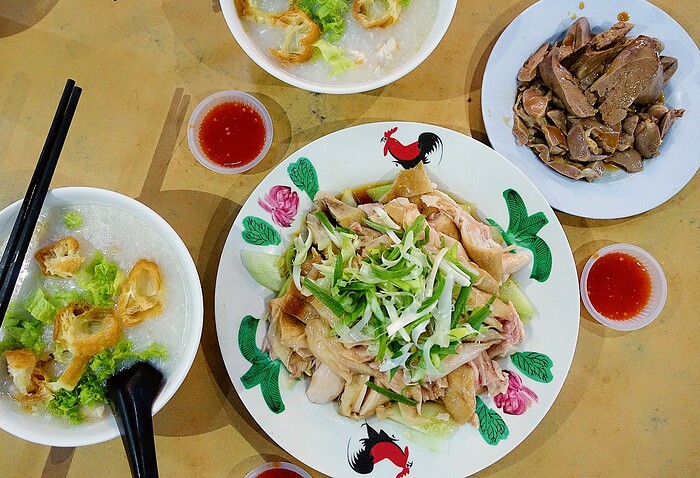 Ah Chye’s daughter, the personable Joanne Chee, has taken over the mantle from her father in recent years, after serving as an apprentice under him for nearly a decade. She now operates the stall at Sheng Yi Food Court at Cecil Street Ghaut, as the owner of New Cathay kopitiam has decided not to open for dinner anymore (main kopitiam business in Malaysia, Singapore or Thailand are largely breakfast and lunch). 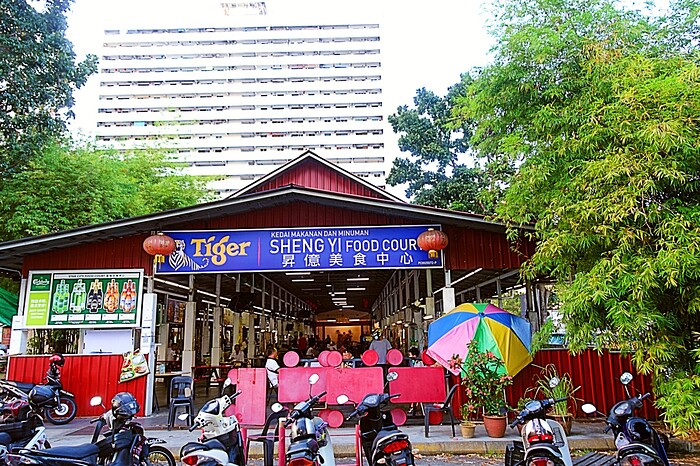 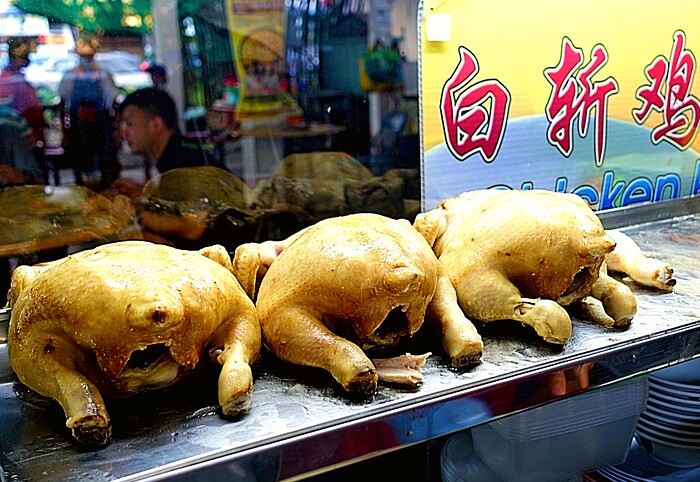 Bowls of chicken porridge, drizzled with sesame oil and given a shake of white pepper, then garnished with crisp-fried Chinese crullers/“youtiao”, before being served 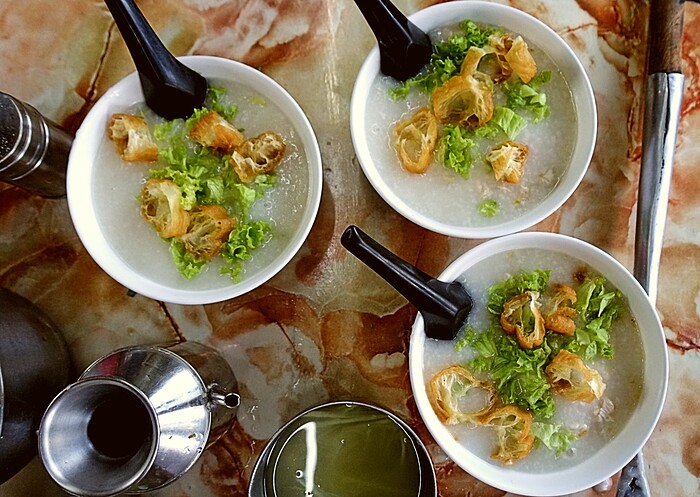 Poached chicken, when properly prepared, has silken-smooth skin and a fine, juicy texture to the meat. It’ll be drizzled with light soy sauce, sesame oil and garlic-scented oil. 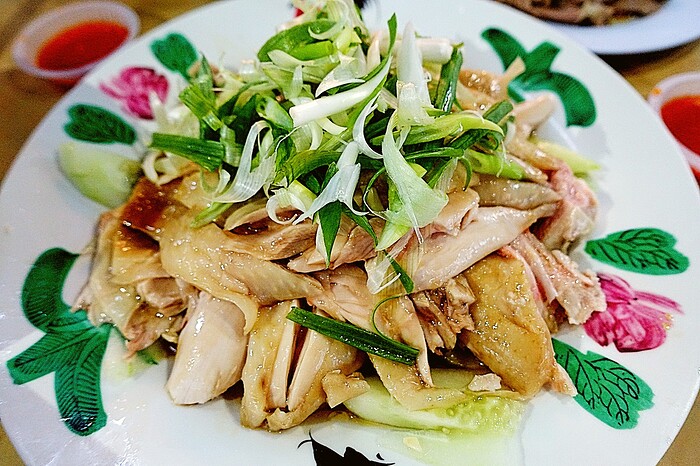 Chicken livers and gizzards - must-orders, as we find their earthy flavors irresistible, and complements the chicken and porridge perfectly. 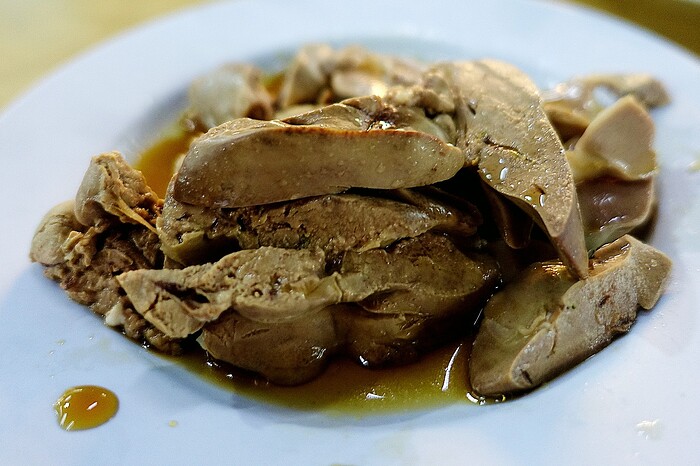 Little saucers of freshly-made chili sauce, spiked with vinegar, were provided as dips on the side. 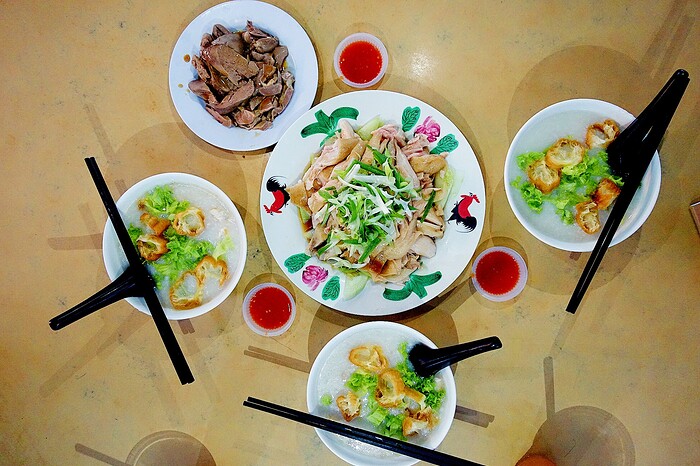 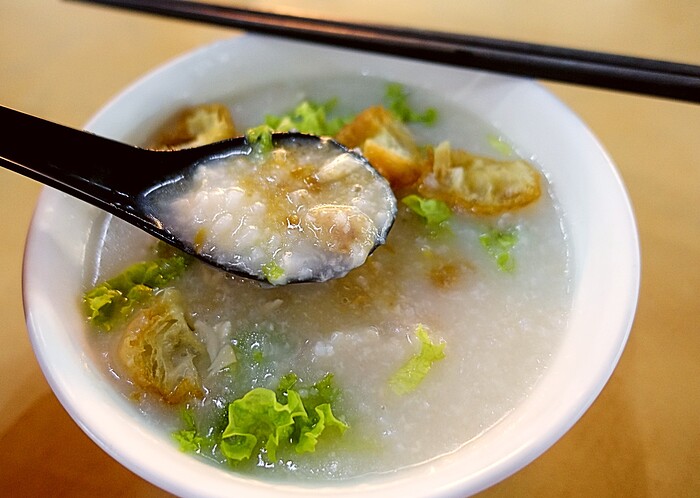 Joanne Chee, who now runs Ah Chye Chicken Porridge, taking over from her father who’s retired and stays at home. 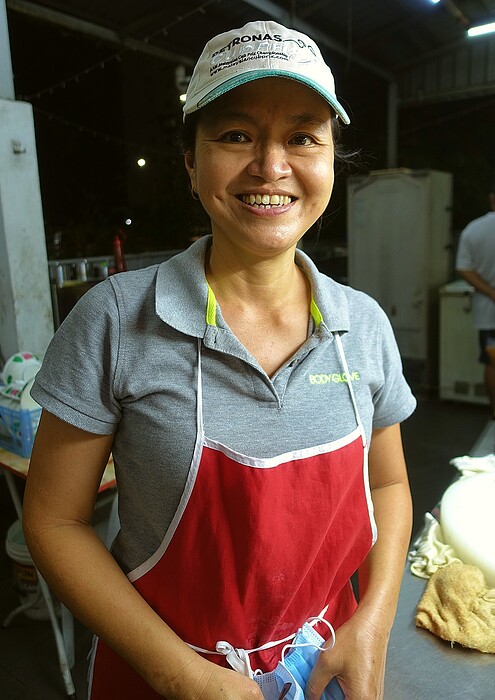 The only ways in which I enjoy eating rice:

There may be a couple more but these are the top 3.

The only ways in which I enjoy eating rice:

You will absolutely love this place, @Presunto !

Penangites have known this place for 30 years - I only got to know it yesterday! All because two friends (who happened to be the foremost Nyonya chefs in town) wanted to meet me there for a quick dinner, as they wanted me to try their ultimate “comfort food”.

I believe I would. The chicken is luscious. Most people like fried chicken but I prefer mine poached like in the photo.

Back to Ah Chye Chicken Porridge for dinner again yesterday evening - our second time there in 3 days! Very glad to have this new food find (for me, that is, since they’ve had regulars for decades) in the last days of 2020. 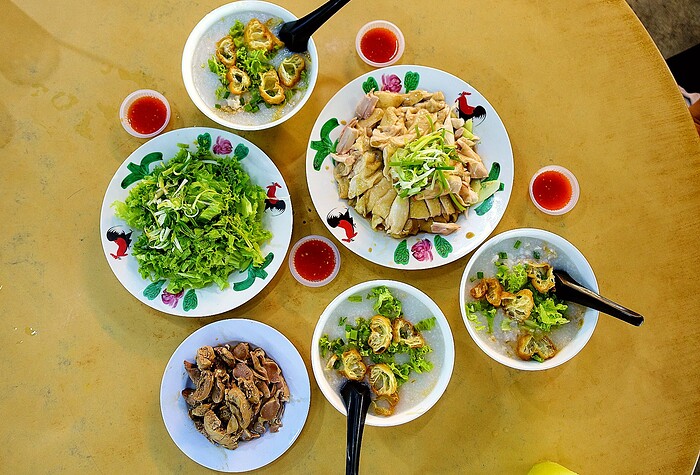 Cecil Street Ghaut is near busy MacCallum Street Ghaut, and both are actually part of the 7-Street Precinct, which is George Town’s roughest, most densely-packed neighborhood. But for good food, I guess we’re willing to go anywhere, ghetto or not. 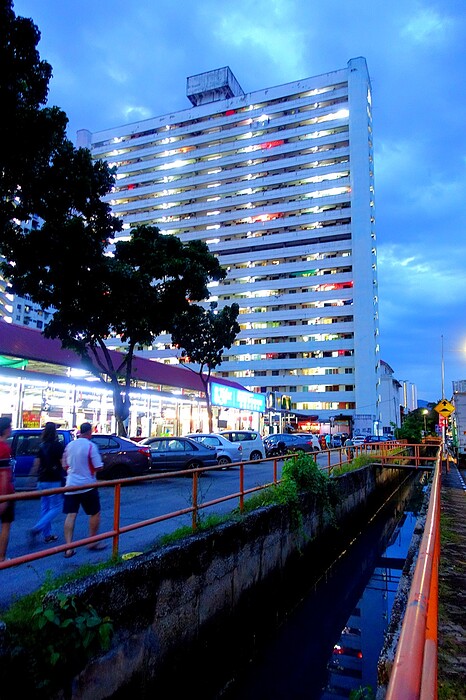 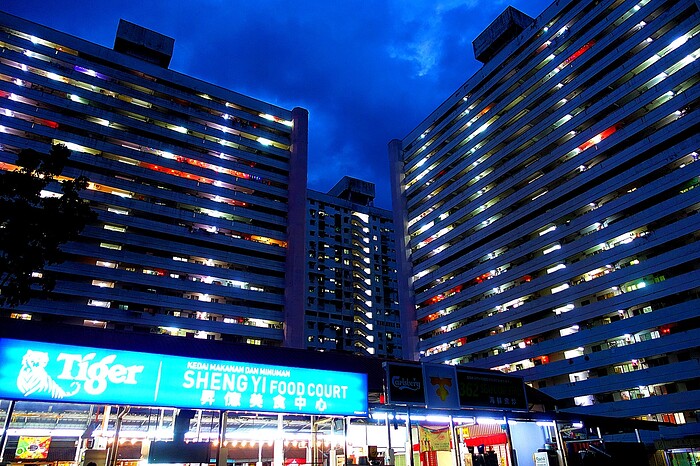 Sorry I meant to link the Google map: