This new-ish 5-month-old Indian stall at Star Hotel on the corner of Carnarvon Street and Hong Kong Street (now re-named Cheong Fatt Tze Street) unexpectedly serves simply the best Indian appam (pancake) in George Town. Fronted by the young-ish Sharilesh Subash, genial and polite, who makes the most perfect-looking thosai (Tamil for Indian dosa), roti jala (a Malaysian lacy pancake) and the fluffiest appam I’d come across in Penang. All these are served with a small portion of chicken curry. 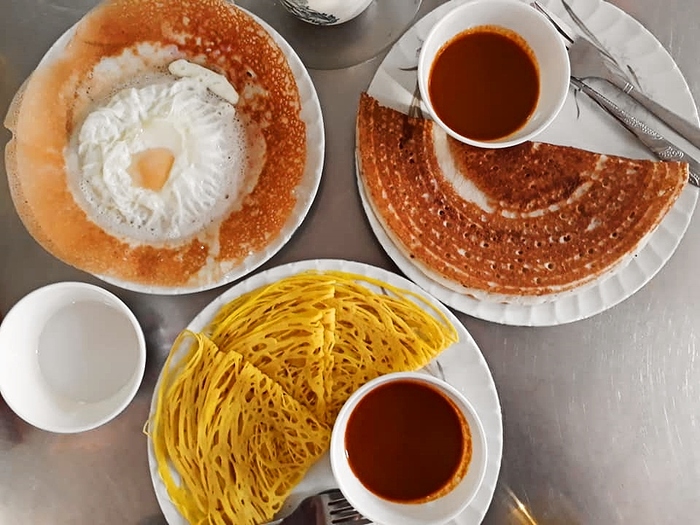 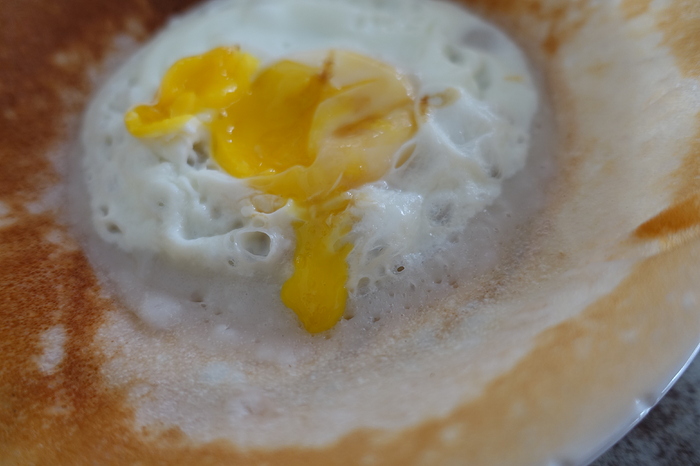 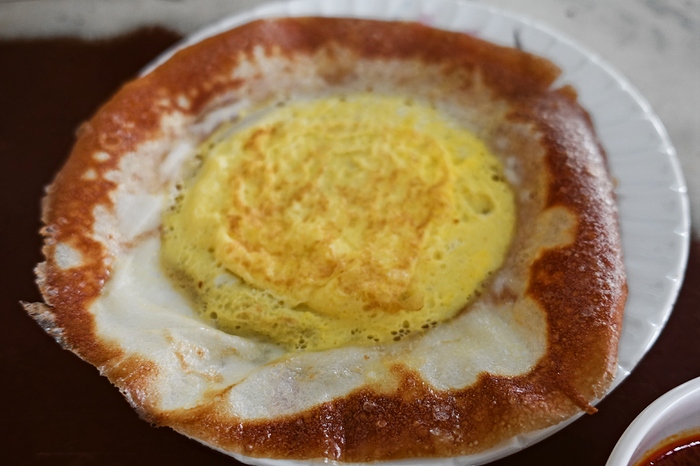 Sharilesh’s stall usually sells out by 10.30am, so one does need to come early. 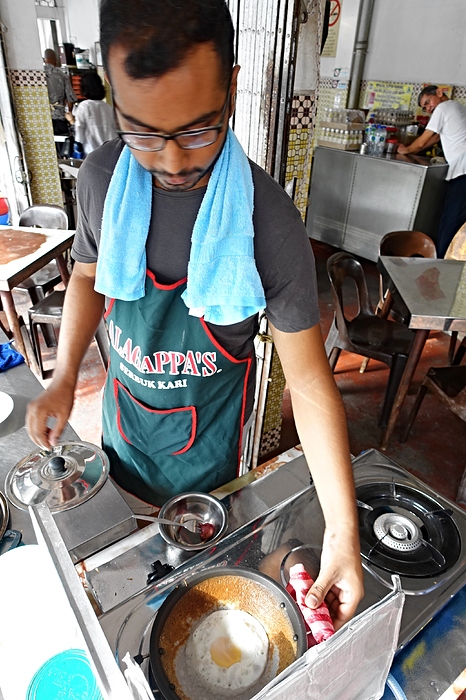 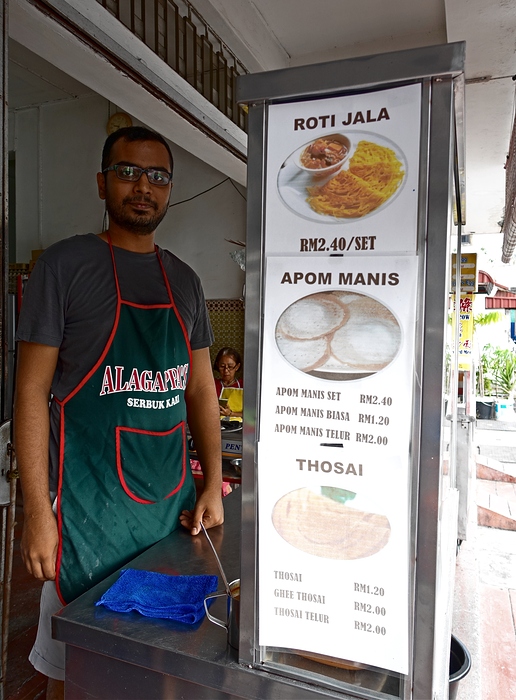 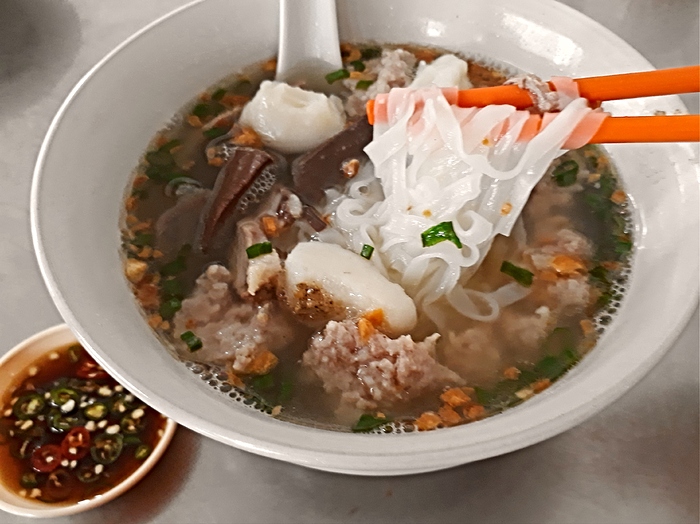 One can also opt for the “dry” koay teow version, where the flat rice noodles have been tosssed in a tasty sauce made from a concoction of light & dark soysauces, pork lard, sesame oil and other condiments, then served with a side soup containing Chaozhou-style fishballs. 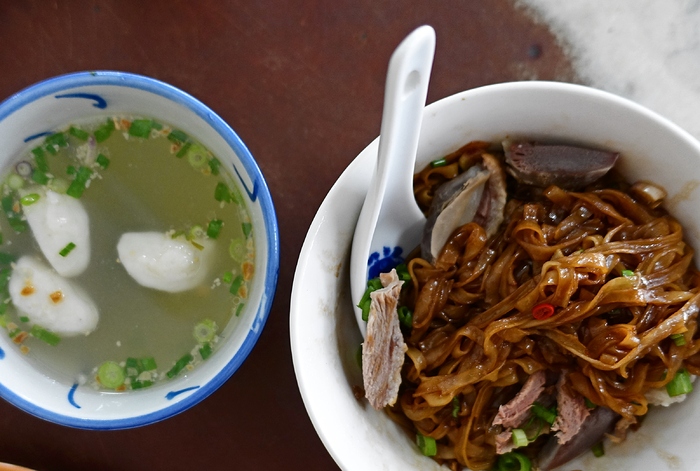 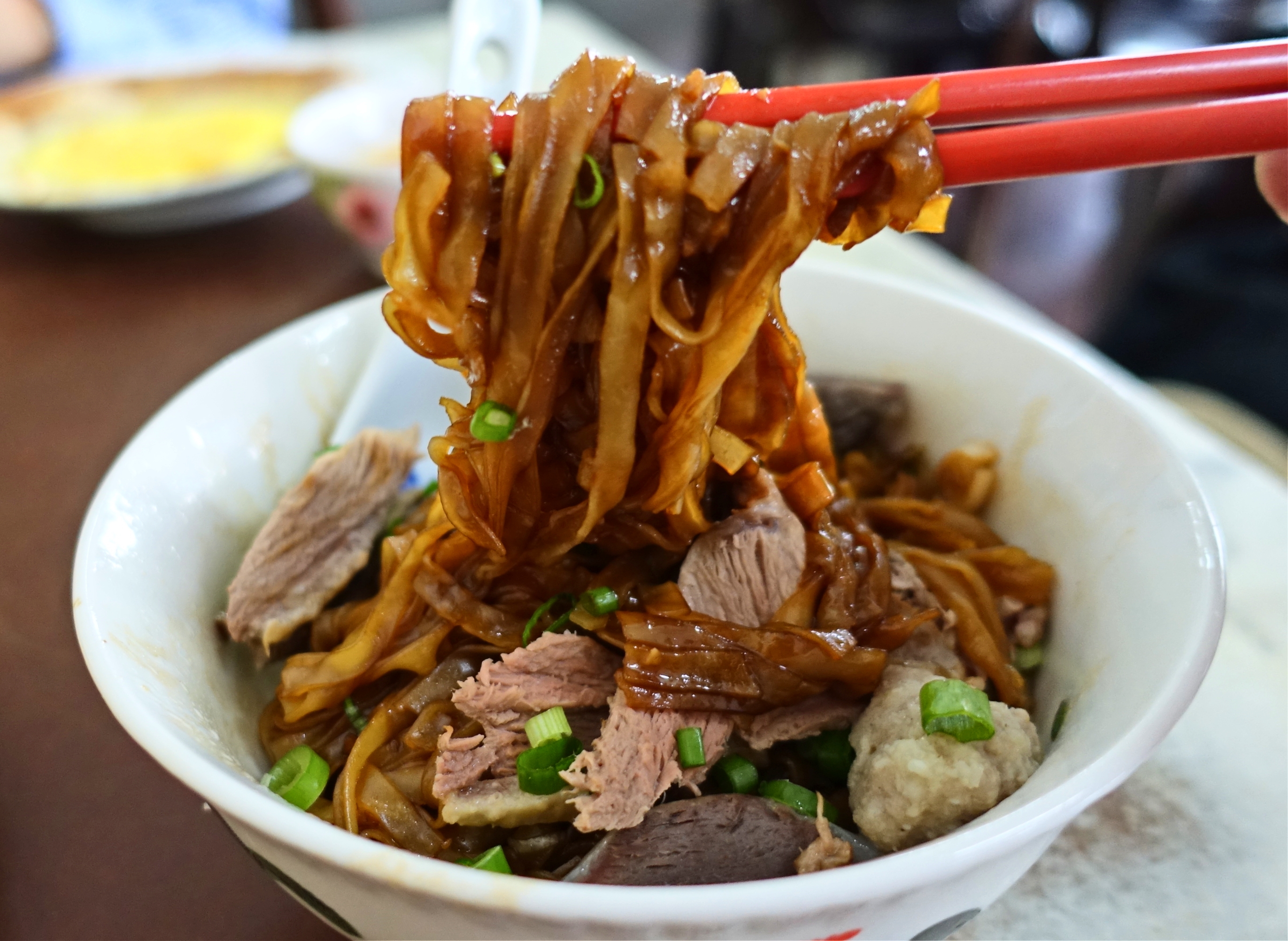 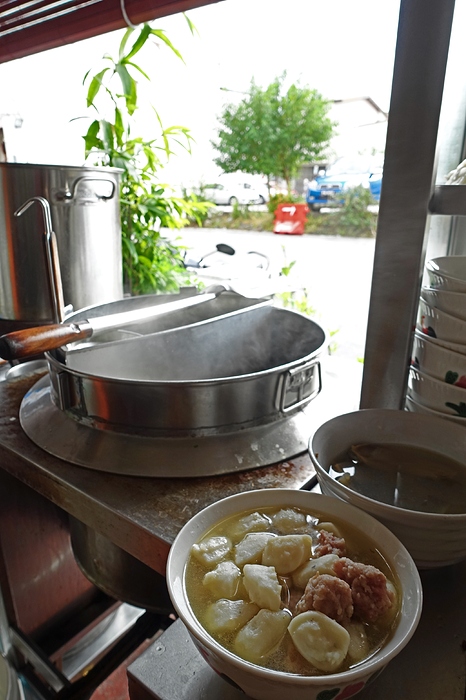 Another popular stall there is the Hokkien Mee stall, run by a temperamental chap who’s assisted by his wife who does the serving. I never got round to ask his name as his tempestous working relationship with his wife sees them squabbling throughout the time we’re there. 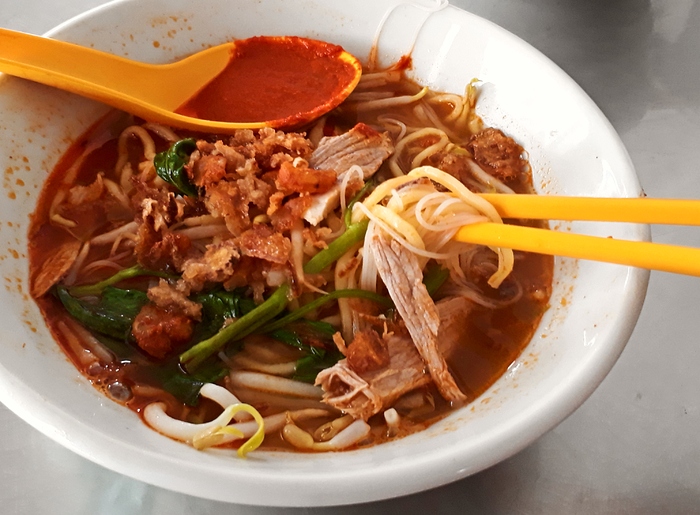 The Char Koay Teow stall also churned out a pretty respectable version of Penang’s iconic fried rice noodle dish. Opt for duck egg instead of hen’s egg to get a richer flavour. 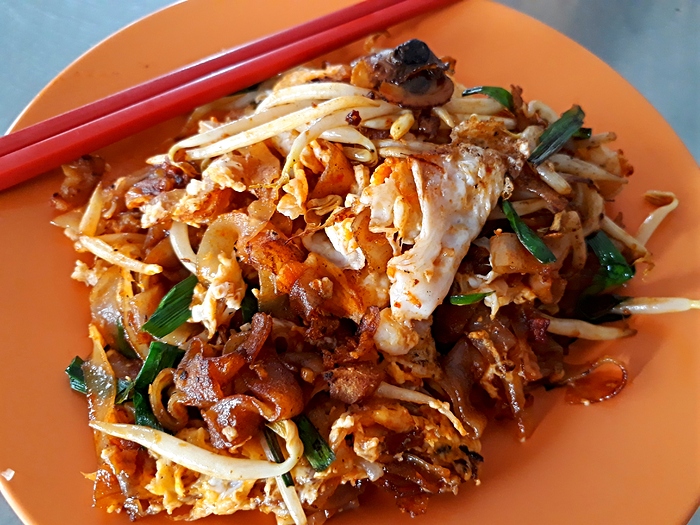 This kopitiam encapsulates what Penang’s traditional Chinese coffeeshops are like - with interesting local hawker dishes, complemented by traditional local coffee or tea. 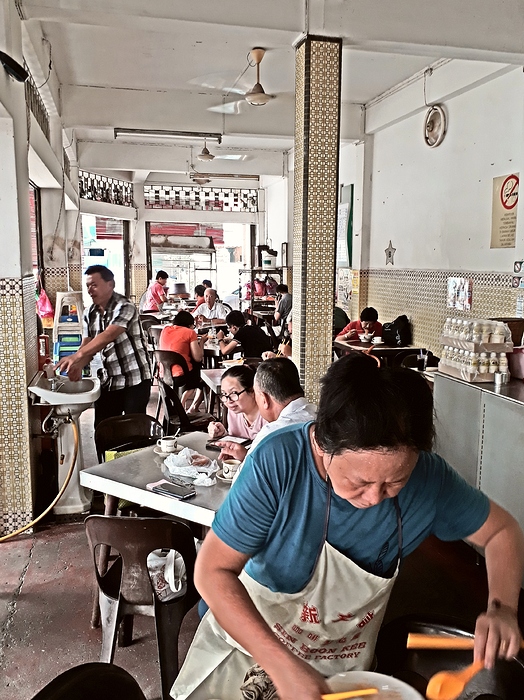 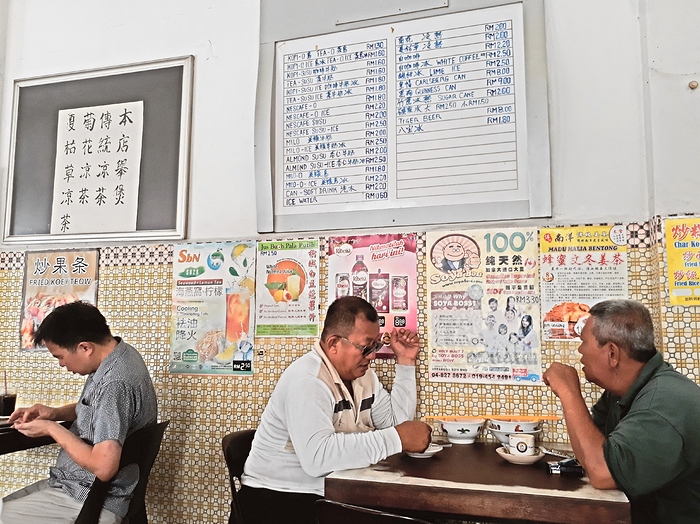 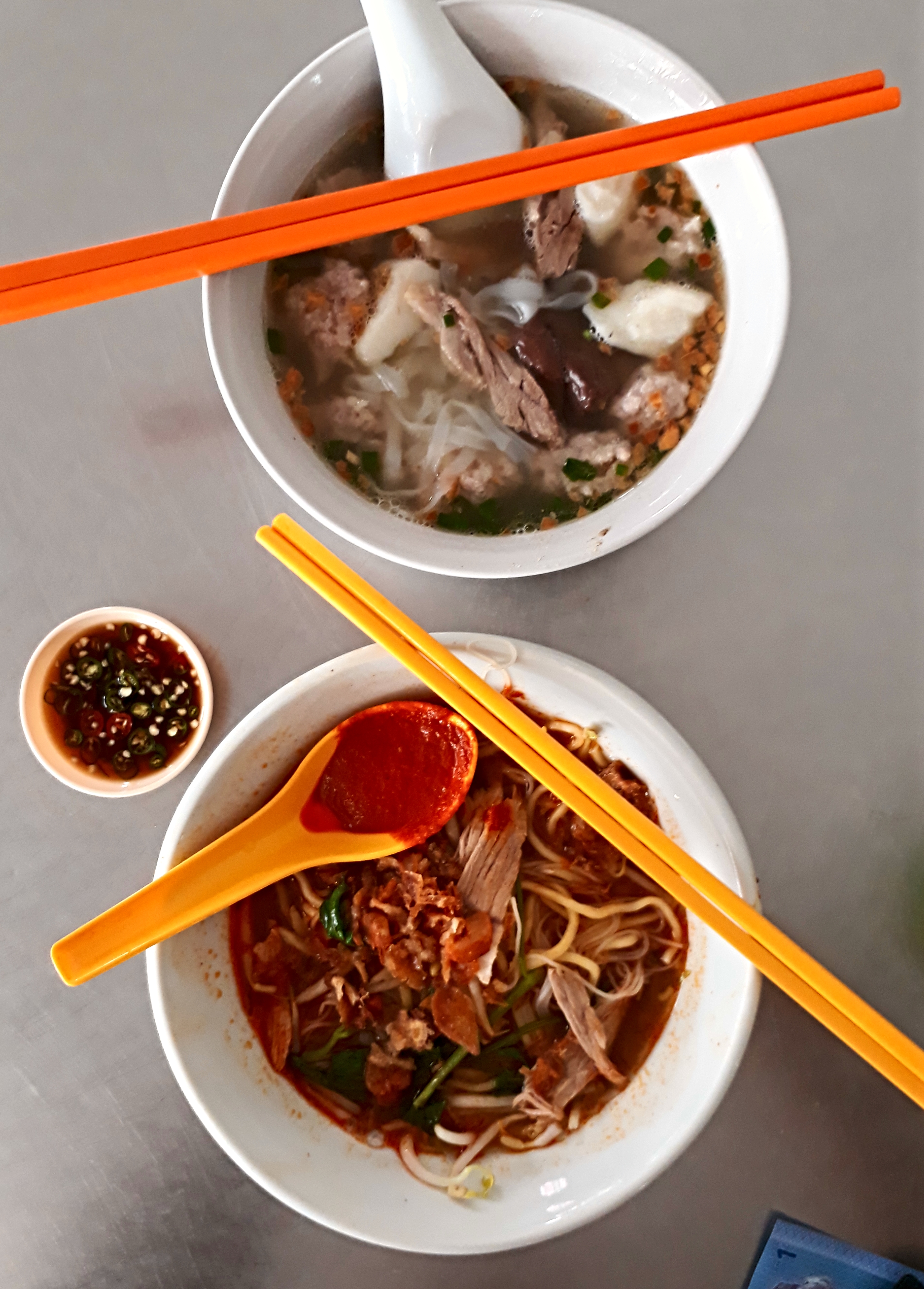 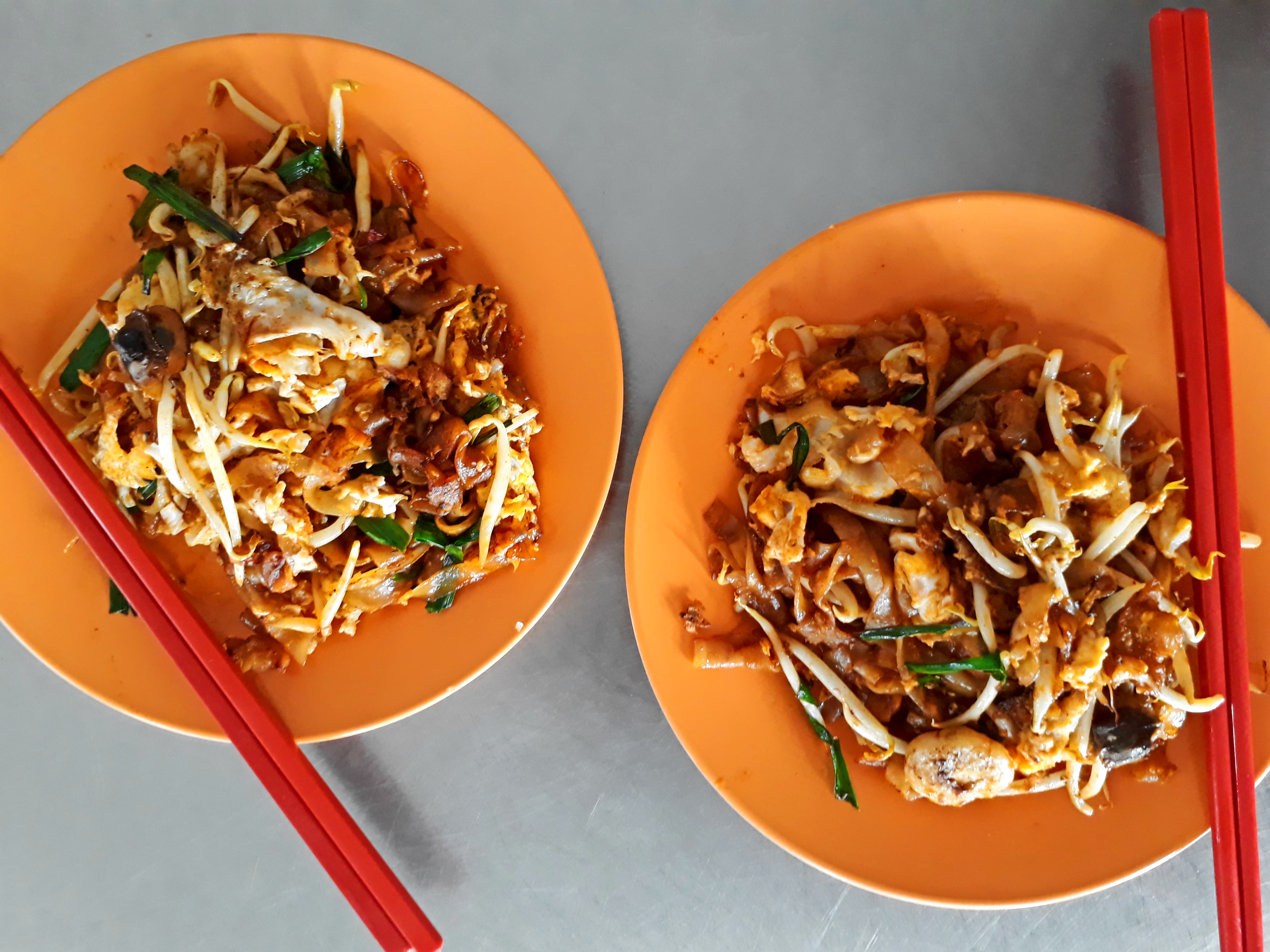 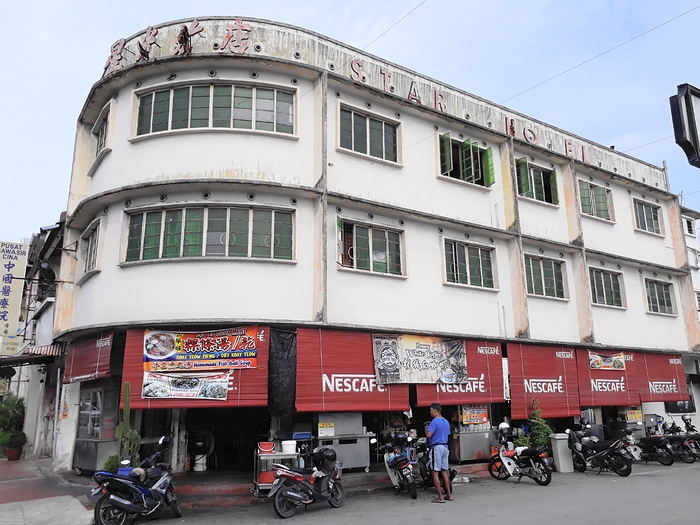