Nirvana Cafe, located under a large rain tree (Samanea saman) on Anson Road, near the junction with Johore Road, started back in 1975 as a small Indian coffee stall. It was strategically located next door to the popular Penang Buddhist Association. 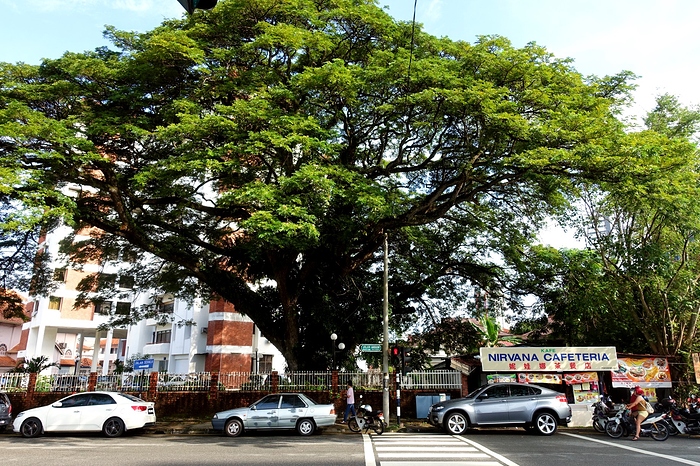 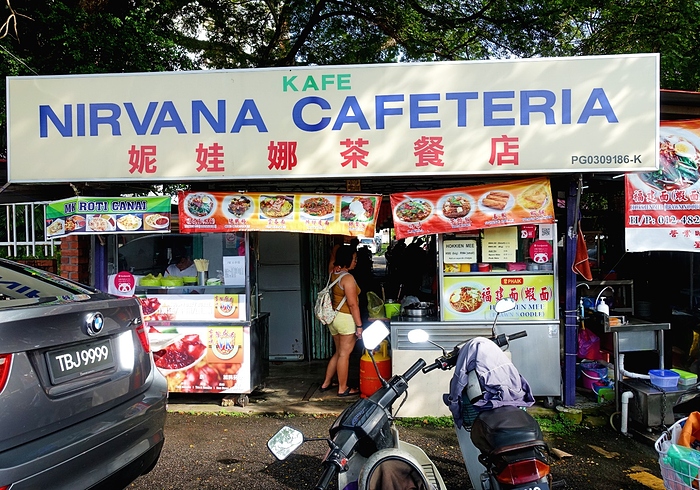 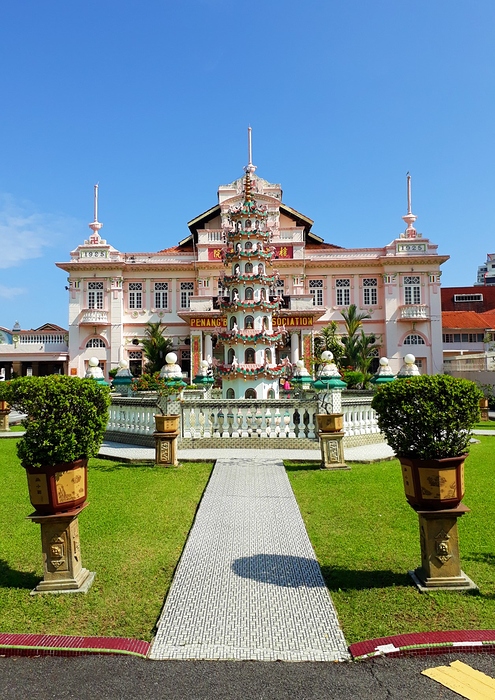 Today, Nirvana Cafe is owned by 58-year-old Madam Prabavathy, who manages the beverage section of the coffeeshop, whilst she has good stallholders providing popular Penang street food fare like Hokkien mee, wantan mee, chee cheong fun and roti canai. There is also an asam laksa and popiah stall there, which wasn’t opened last Sunday when we breakfasted there. 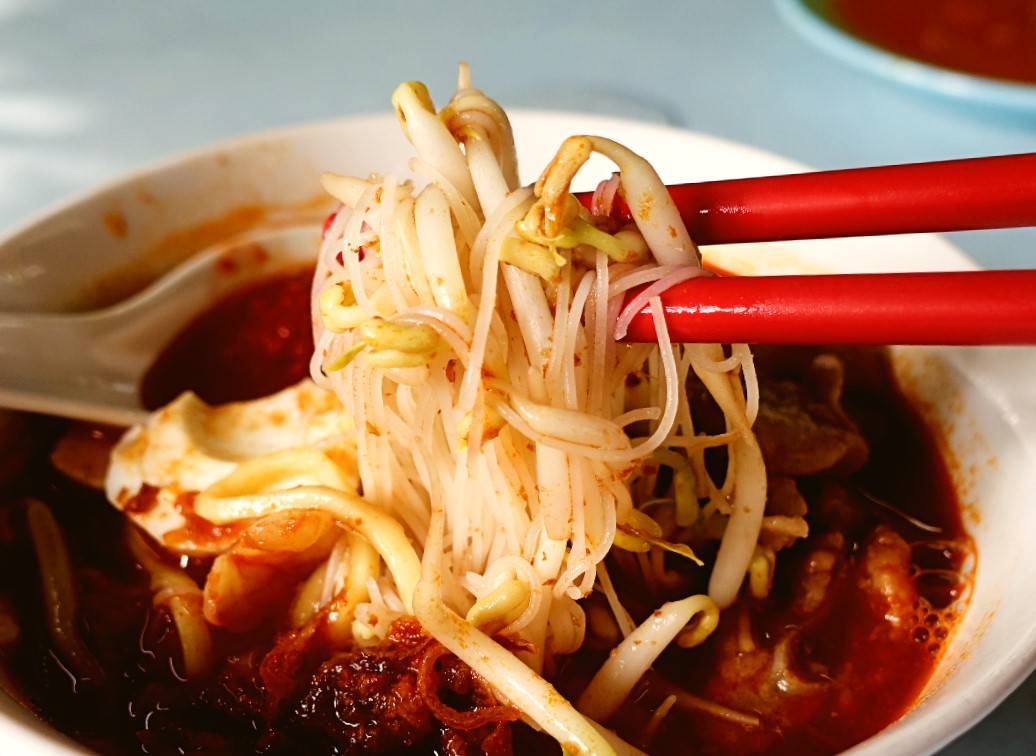 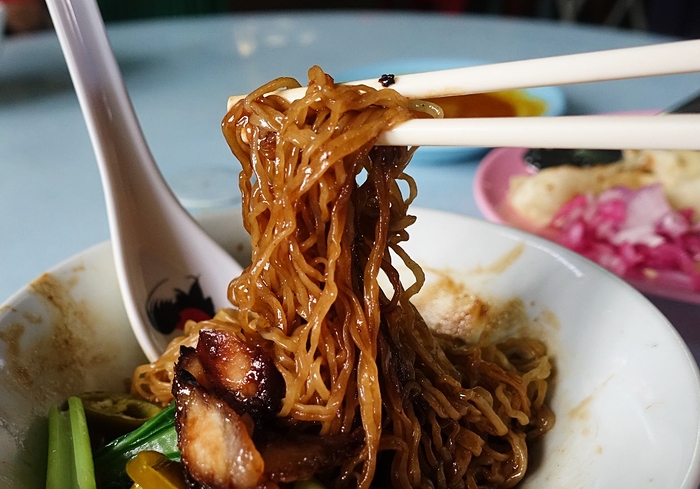 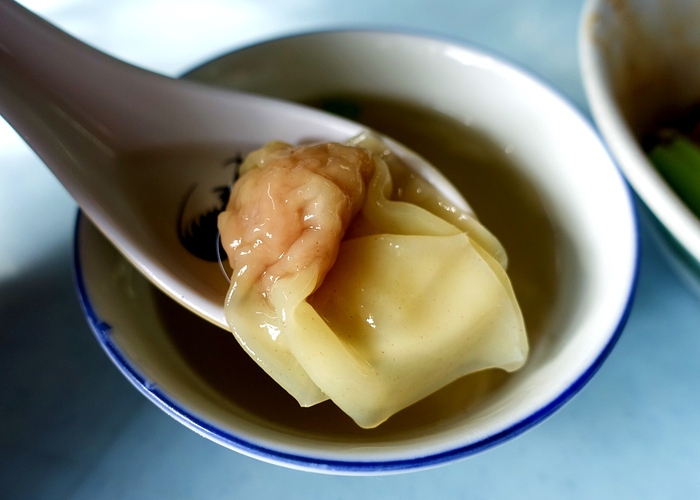 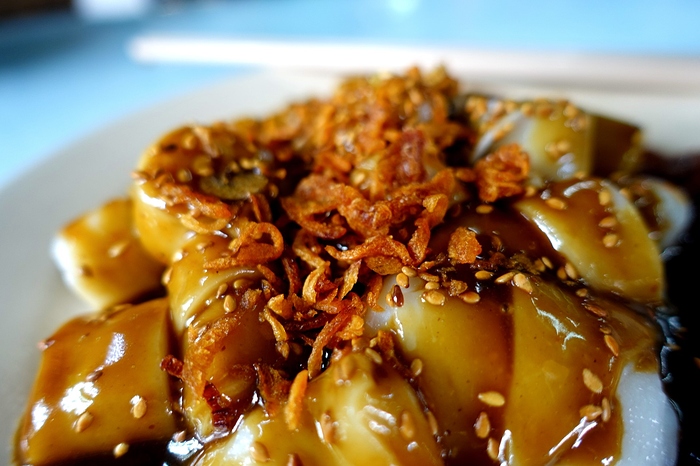 Roti tisu - a crisp flatbread, folded into a conical form, then drizzled with sweetened, condensed milk. 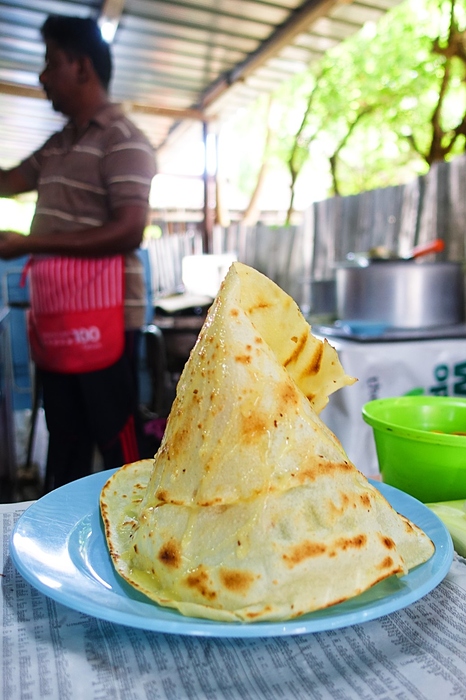 I’ll be back for more of the wantan noodles, especially the option with curried chicken and potatoes as a topping.

Only in Malaysia/Singapore, where one can get Cantonese wantan noodles paired with Indian-influenced Nyonya-style curried chicken and potatoes. Fusion cooking has been in existence in this part of the world for 500 years, ever since early Ming Dynasty men from China came here seeking their fortunes, and stayed, marrying local Malay women. Their cuisine is perhaps Singapore and Malaysia’s most definitive cooking-style, originating from when the native Malay wife combined Chinese ingredients (noodles, tofu, soy-sauce, beansprouts, etc.) with Malay spices (cumin, coriander, nutmeg, cloves, etc.). The curried wantan noodles is merely an example of this cuisine which comprised of dozens, if not hundreds, of fusion Chinese-Malay dishes. 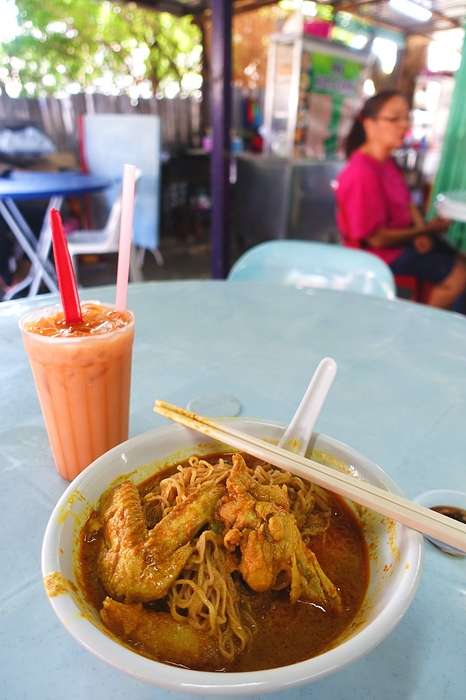 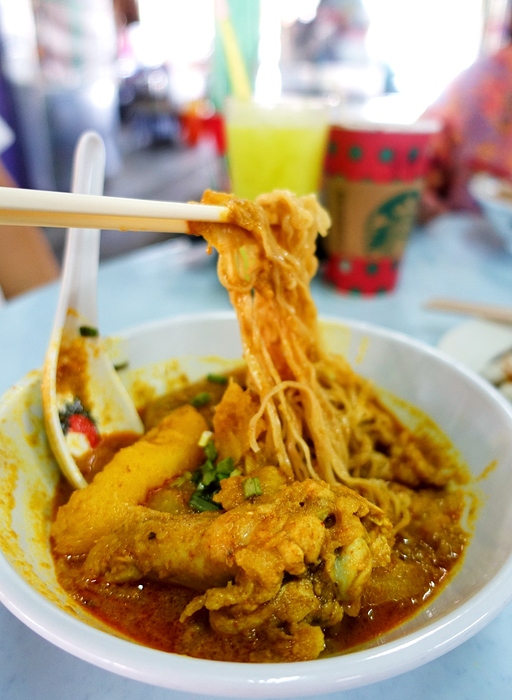 After reading @Google_Gourmet’s wonderful post on eating out in Chengdu, with the roti bom-like guo kui, I couldn’t resist ordering a couple of roti bom from the roti canai stall here. They were greasy and slightly sweet, and went fabulously well with the dhal curry. 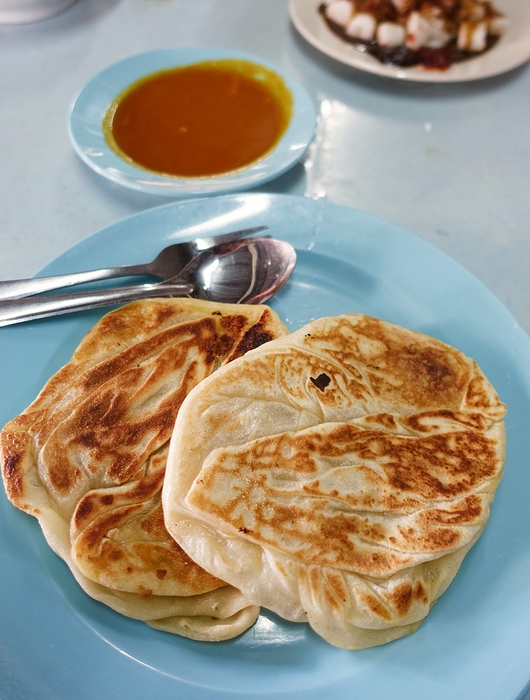