It’s an amazing feeling to be eating in an establishment where you know that even your grandfather’s grandfather had been. This is Kek Seng, one of Penang’s oldest & best-known Chinese coffeeshops. It was opened in 1906, and my first time there was as a 5-year-old in the late-60s. I remembered when, perched on a booth-seat, staring wide-eyed at the noisy crowd in the ever-busy eatery, my Grandpa who brought me there told me how he was brought there as a kid by his own grandfather. The current owners are the Tung family who’d ran the coffeeshop for the past 4 generations. But I also distinctly remembered what I had on that day - a shaved ice concoction which the Penang-Hokkiens called “ang tau s’ng” (literally “red bean ice”), nowadays better known by its Malaysian moniker “ais kacang”. Kek Seng’s rendition marries finely-shaved ice with stewed red beans, creamed corn, rose syrup and evaporated milk, topped with two scoops of ice-cream (you can specify the flavours you want), and a tiny mound of 3-layered jelly. Everyone in Penang came to Kek Seng for its “ang tau s’ng” in those days, and Kek Seng during its hey-days in the 50s till the 70s was the place to be if one yearned for good Penang hawker fare.

I was back there again yesterday afternoon, and I looked for the same booth-seat where I first sat 50 years ago. It looked very retro nowadays, worn but still comfy. 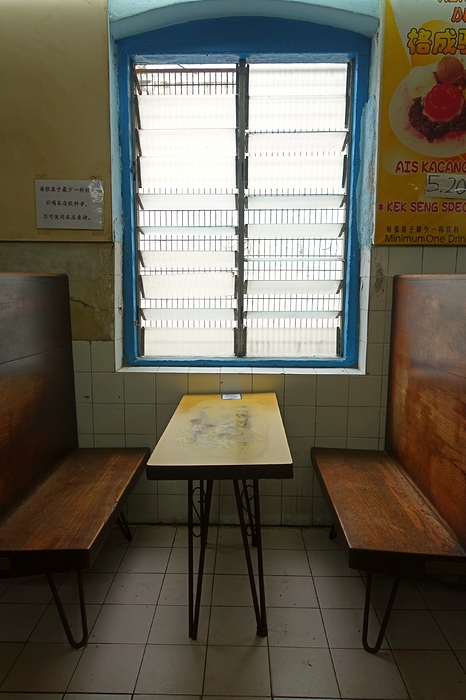 The “lor” refers to a sticky, tasty 5-spice-scented brown sauce, streaked through with egg-white ribbons, which is served as a dip for the “bak” (pork-meat). There’ll also be a separate saucer for a spicy-sweet red chili dip. Again, I was given to understand that the “lor bak” vendor is different from the one before, but the present one is just as good. 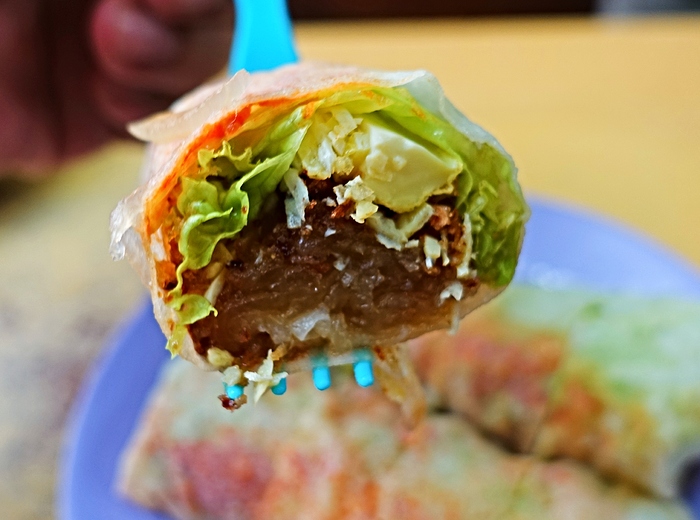 The laksa noodles will be blanched before the soup is added to it, then garnished with fresh, julienned herbs and vegetables, mainly cucumber, raw onions, pineapple, freshly-sliced red chilis, mint leaves, finished off with a generous drizzle of strong fermented prawn sauce (“hae koh”), a Penang specialty. The result was a murky, messy-looking concoction which looked like it was dredged up from some river-bed. To “asam laksa” connoisseurs, it was the stuff of dreams. 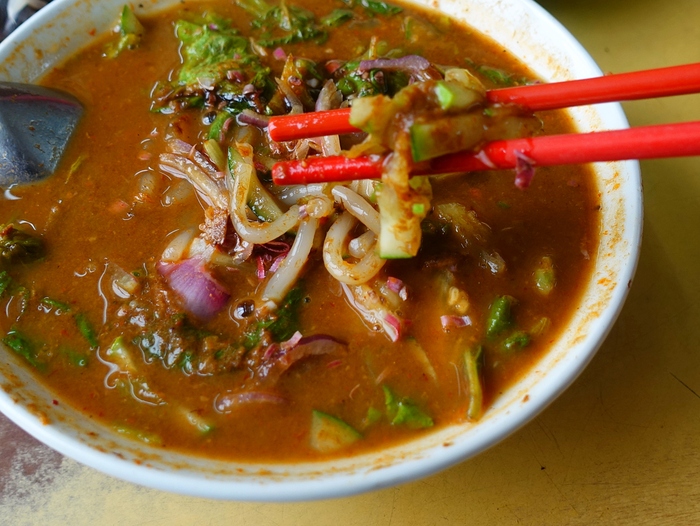 Watch the late, much-missed Anthony Bourdain enjoy his bowl of “asam laksa” in the Penang episode of “No Reservations”. He made me salivate just watching him eat. When I had my first taste of Penang “asam laksa” as a 6-year-old (my Dad had insisted on initiating me into the pleasures of the dish at an early age), I’d thought my own father was trying to poison me, as I spluttered & coughed on the pungent mix of chilis, tamarind and fermented shrimp paste.

Nowadays, I’d lap up a bowl of “asam laksa” without any reservation.

So, 113 years later, Kek Seng is still one of my go-to places for Penang hawker food. 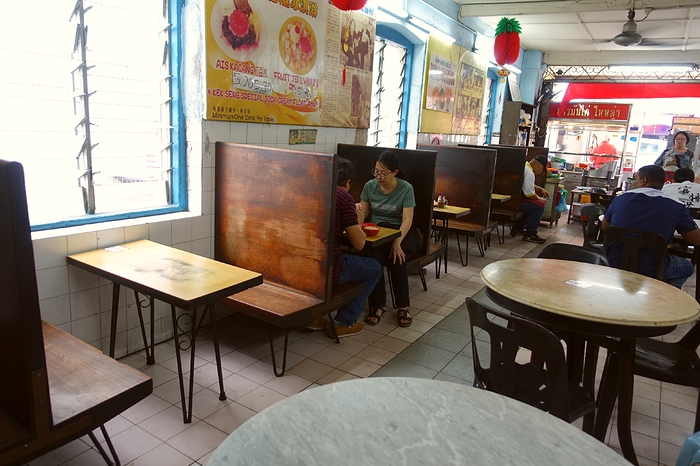 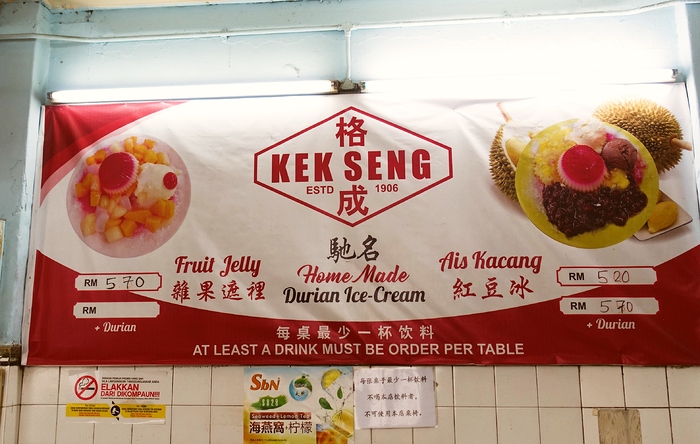 Thanks. Just reminiscing about my childhood in this old place.