Yaw’s Roast & Grill is one of the few genuine Hainanese-run dining places left in Penang. It has a pedigreed past - the Yaw family is well-known in Penang for its legacy of having started Tip Top and Top Top cake shops, both places where many Penangites in the 60s through to the 70s ordered their birthday cakes.

Tip Top Cake Shop was started in the early 1960s by Hainanese émigré, Yaw Daw Shong, who came to Penang from Hainan Island via Singapore back in 1924. He was only 14 years old then. He worked for the British at the time as a kitchen-hand/cook, before striking out on his own - first opening a stall selling sponge cakes in Jelutong after World War II. He subsequently opened the legendary Tip Top Cake Shop in Pulau Tikus in the early 1960s, offering sponge cakes covered with butter cream that was all the rage then. Business went thru the roof, and he later brought in his wife’s family, the Lims (who’re also Hainanese) as business partners. But a family squabble saw Mr Yaw leaving Tip Top in 1968 – his in-laws at the time controlled 4/5 of the share of the business, and the founder of Tip Top had to leave his baby, albeit reluctantly.

However, after a 4-year hiatus, a rejuvenated Mr Yaw decided to make a return with a new bakery – Top Top Cake Shop in 1972, intentionally located in Pulau Tikus within spitting distance of Tip Top. The offerings were pretty much the same as those at Tip Top - sponge cakes elaborately decorated with butter cream icing, chicken pies and curried mutton puffs. The family rivalry was reignited.

Mr Yaw Daw Shong passed away in 1998 at the age of 88. He left behind 4 sons and 1 daughter. His youngest son, Mr Yaw Ming Kung, 62, now carries on the family’s culinary legacy with Yaw’s Roast & Grill at 1 Gerbang Midlands. In-charge of the kitchen is Kevin Yaw, the grandson who’s now taken over the ropes. Here, he serves Hainanese-style oxtail soup, chicken and pork chops on a daily basis, chicken pies & other specials on weekends, and Hainanese-style noodle dishes on weekdays.

The dishes they serve are best described as “Hainanese-Western”, a genre unique to Malaysia and Singapore, as it originated from the Hainanese-Chinese who served in the kitchens of British households, government offices, official establishments, train stations, even army bases. The Hainanese, above all other Chinese dialect groups, had a reputation for culinary excellence, much like the Pampangueños were favoured as chefs by the Spanish in colonial Philippines.

When most of the British left Malaya after the Great Depression, and also post-World War II, many Hainanese turned to starting up their own eating establishments, leading to the many Hainanese-owned coffeeshops, bakeries and other traditional restaurants which Malaysians and Singaporeans know today.

The Hainanese kaya-butter toast, served with soft-boiled eggs, was an adaptation of the English eggs and soldiers. The Hainanese came up some hybrid dishes like chicken chop, batter-fried and served alongside potato chips and a salad, and oxtail stew or mushrooms soups, pepped up with soysauce sometimes a stick of cinnamon or some cloves.

Some of the Hainanese-Western dishes we tried here: 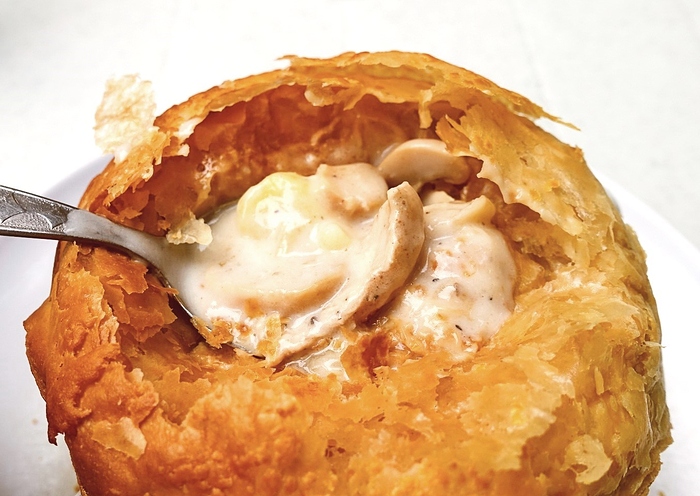 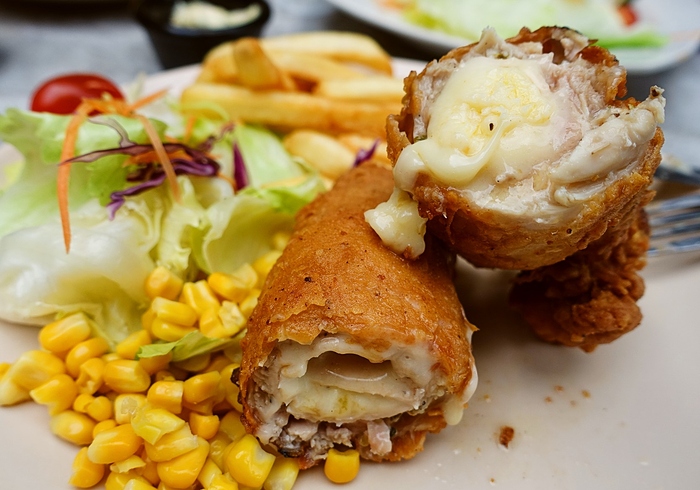 Yaw’s Roast & Grill has a lovely, idyllic garden setting. It only opens for dinner, and I’d rather go a bit early to catch a glimpse of the greenery before it gets dark. Comfort food, done very well the way Penangites (and other Malaysians & Singaporeans) remember the way it should be. 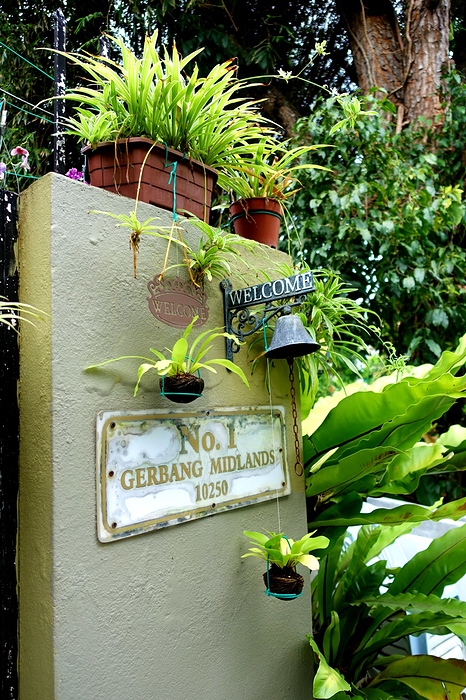 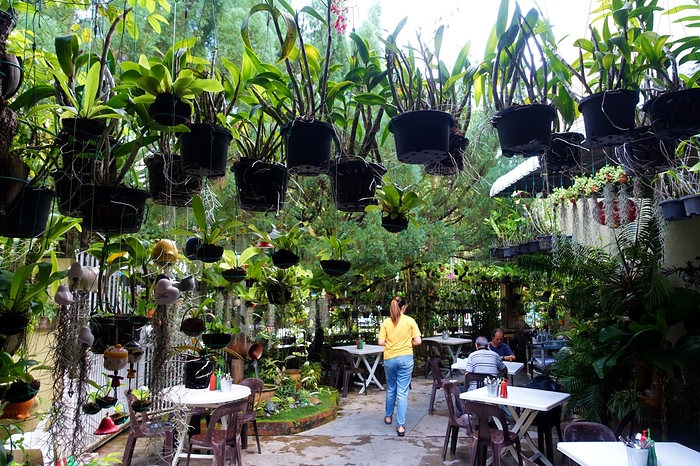 Many thanks for this one, Peter. Always enjoy the culture/history lessons.

The Hainanese chefs tend to use very mild-tasting cheeses here to cater to their local Chinese clientele’s palate.