We first got to know 70-year-old Hainanese chef, Pang Hen Kim aka Uncle Pang, when he ran a hawker stall in Seong Huat Coffeeshop on Larut Road for 7 years, until early this year, when he re-located to Double Tat Coffeeshop, a small neighborhood hangout located near the entrance to Gambier Heights condominium. 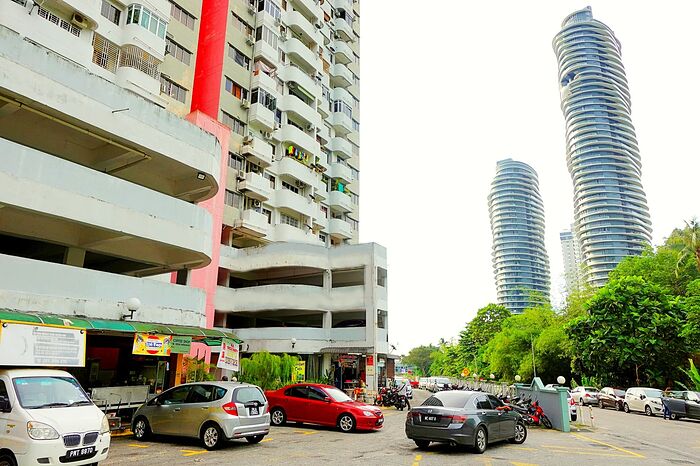 Uncle Pang is a true-blue third-generation Hainanese chef: his grandfather followed a group of youths who came to British Malaya in the 1920s from their hometown of Wanning (Hainanese: Ban Ning), Hainan island, to seek their fortune.

Helped by a Hainanese restaurant guild upon his arrival in Penang, his grandfather got a job as a kitchen-hand at Loke Thye Kee, one of Penang’s top Hainanese eateries at the time. Founded in 1919, Loke Thye Kee (which is Hainanese for “House of Happiness”) was the premier venue for George Town residents to hold birthday or engagement parties, besides being a choice match-making and dating spot for prospective couples.

Uncle Pang himself had started working very early in life: at the age of 10, he became a kitchen-hand in the mess hall of the Royal British Air Force (RAF) base in Butterworth! 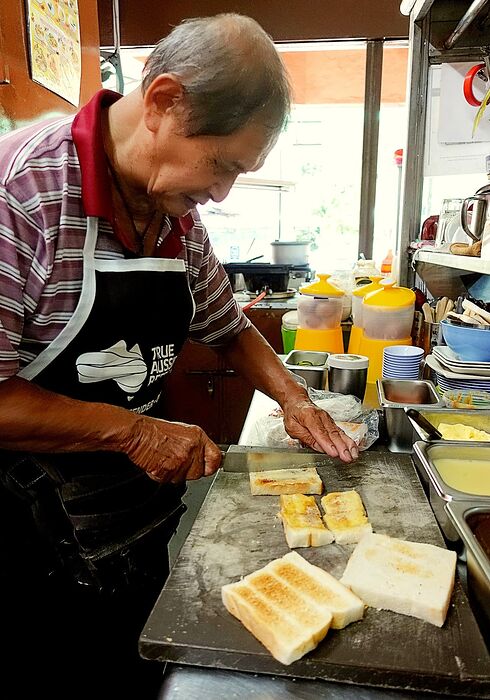 Cooking was the vocation for the Hainanese community in Malaya, and a young Pang worked his way, through the decades, from one place to another. At one point, he became a chef on-board a cruise ship and, by the late-60s, found himself working in Singapore, cooking in the kitchens of hotels like the Mandarin, Hilton and Shangri-la.

Today, Uncle Pang has decided to “take it easy”, running this little Hainanese hawker stall which offers a whole plethora of Hainanese-Western dishes, opening from 7am daily, except Sunday. Our breakfast here this morning:

Fish-and-chips - perfectly batter-fried, served with chips, and with sweet chili sauce and mayo dips on the side. 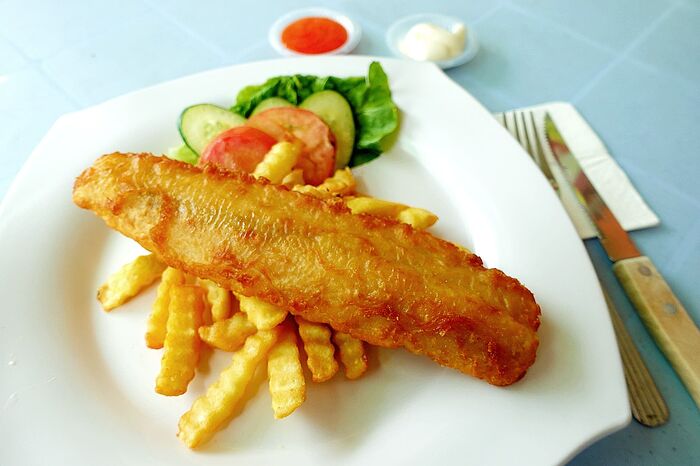 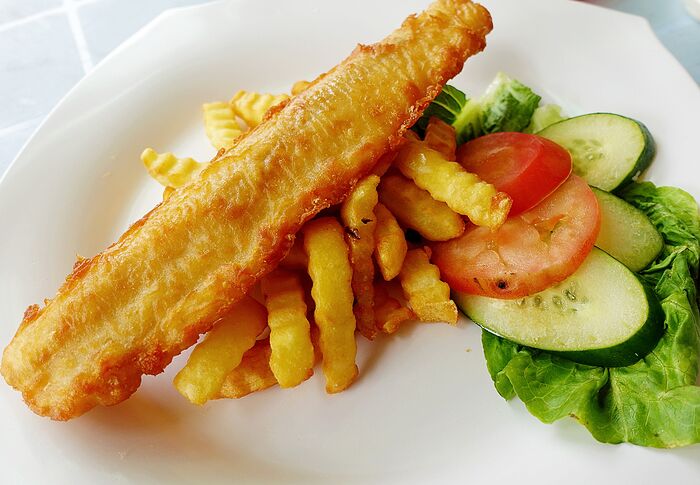 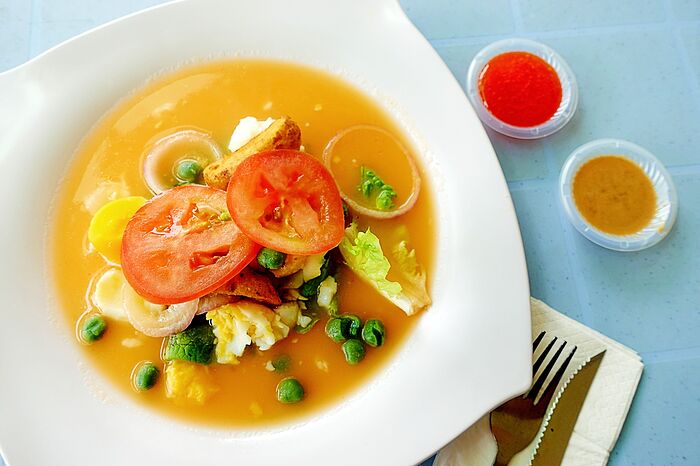 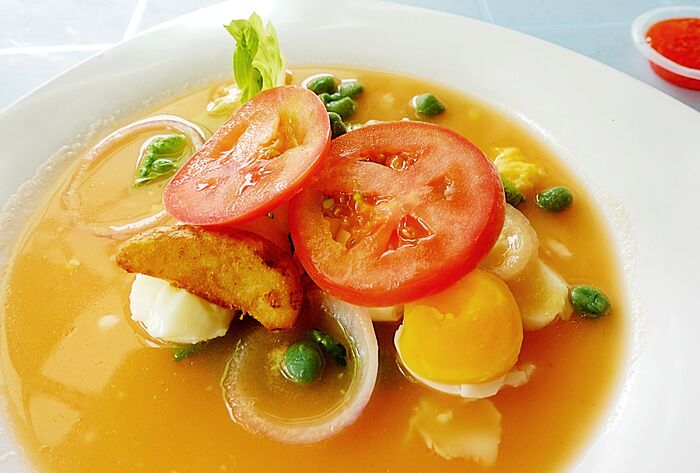 Hainanese-style chicken chop - this is a dish unique to Malaysia and Singapore: batter-fried chicken, served with potato wedges, and with a generous drench of Hainanese-style sauce, with Worcestershire sauce added in. 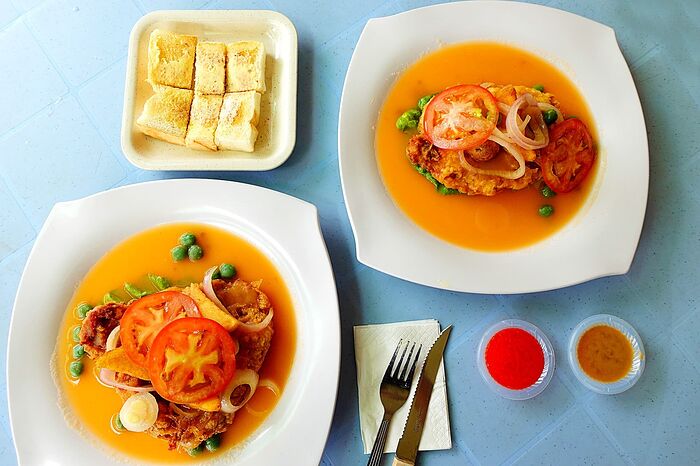 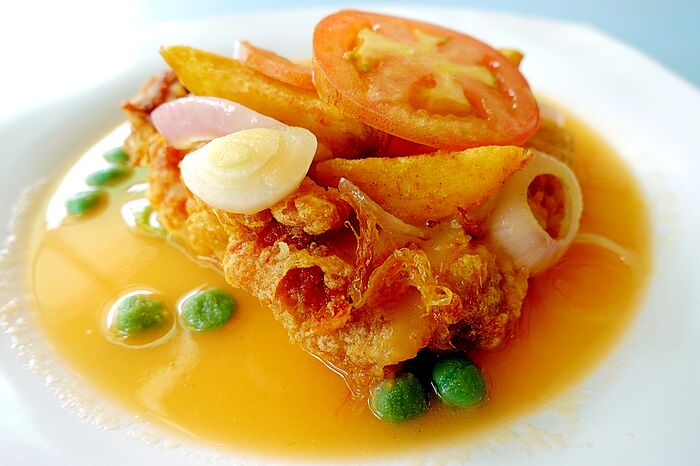 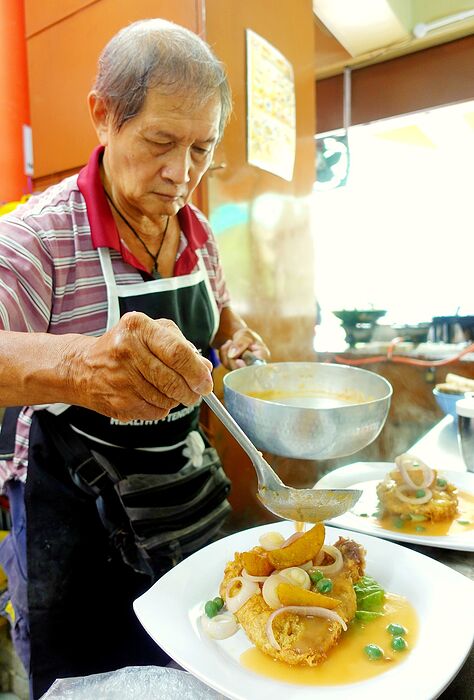 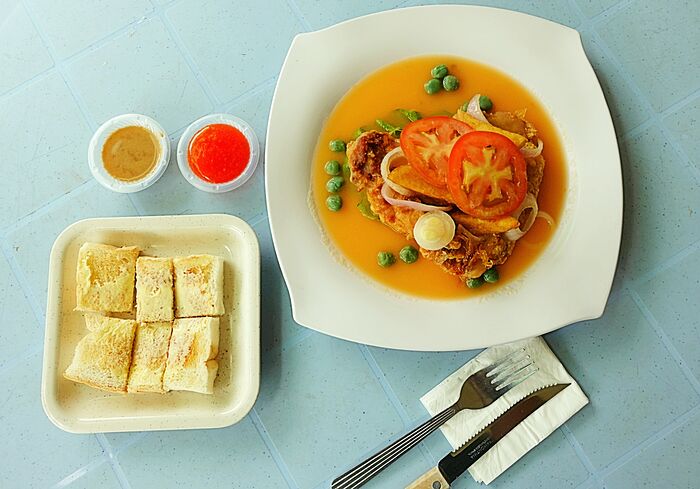 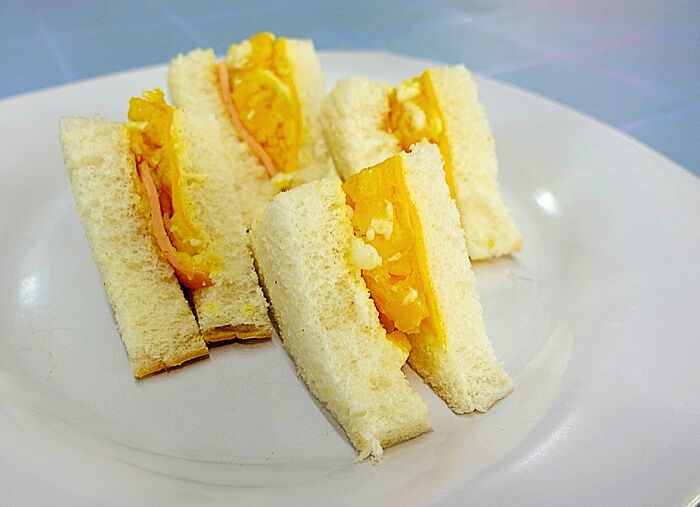 Uncle Pang’s dishes all had that retro-Hainanese feel, which older Singaporeans and Malaysians would recognize with a pang of nostalgia, in their presentation and flavours. Uncle Pang’s stall overlooks the main entrance/guardhouse of Gambier Heights condominium. 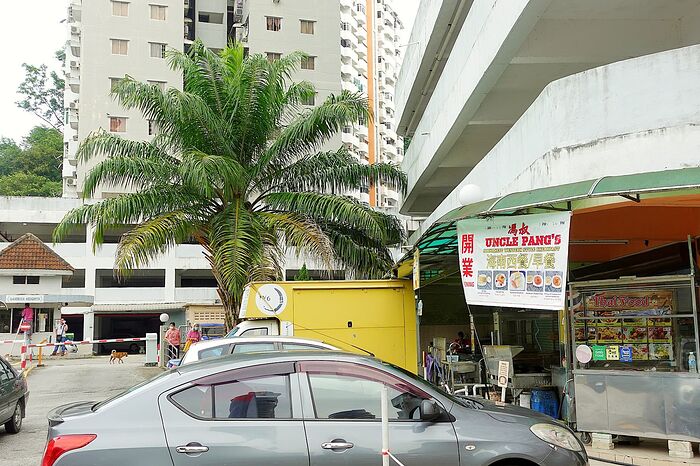 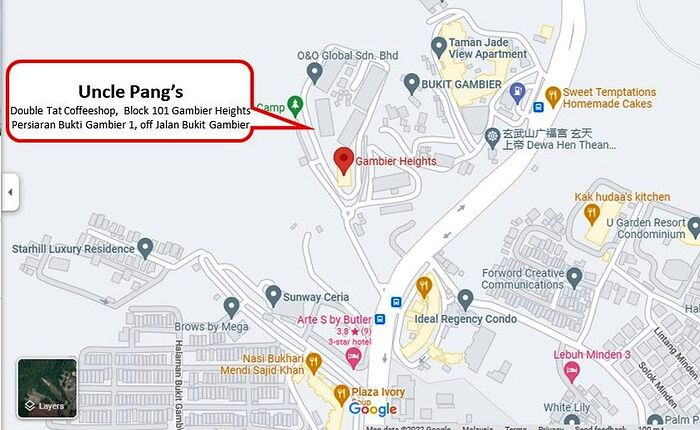 Yikes. I had something of a sharp intake of breath seeing such an icon of my own food culture - fish & chips - being served as a breakfast.

Yes, from 7am onwards no less!