One of the newer dining spots in George Town features chickens roasted in make-shift “ovens” fashioned from flower pots! These are heavy claypots, more like large Chinese urns, where heat is retained and distributed evenly, ensuring the chickens are moist yet greaseless, and meltingly-tender. 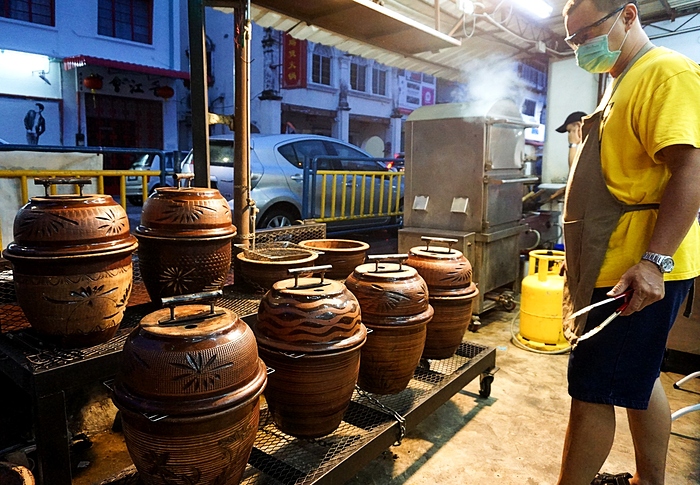 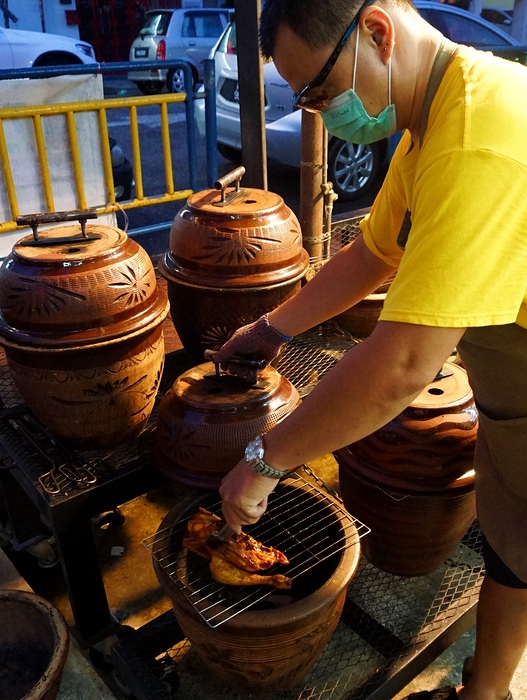 The chicken were marinated in Chinese 5-spice, turmeric, salt & pepper, before being pot-roasted. 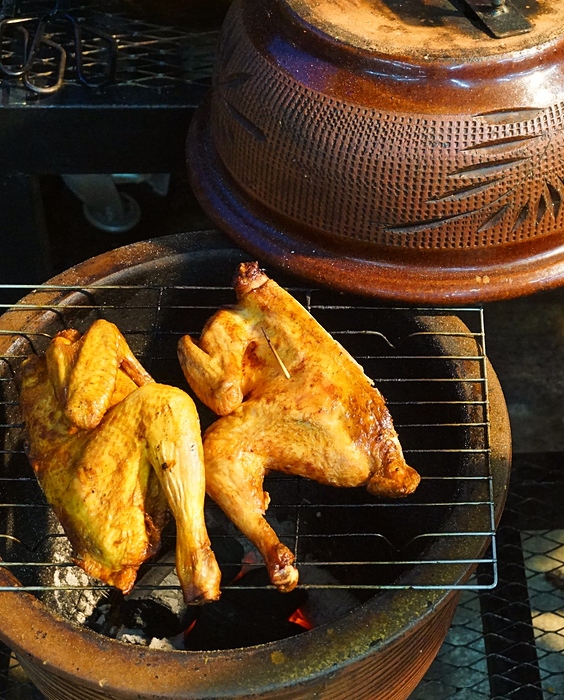 The rather popular eatery (most customers were curious first-timers, it seemed) also featured other side-dishes, besides the pot-roasted chicken, most of which seemed rather basic & rustic: 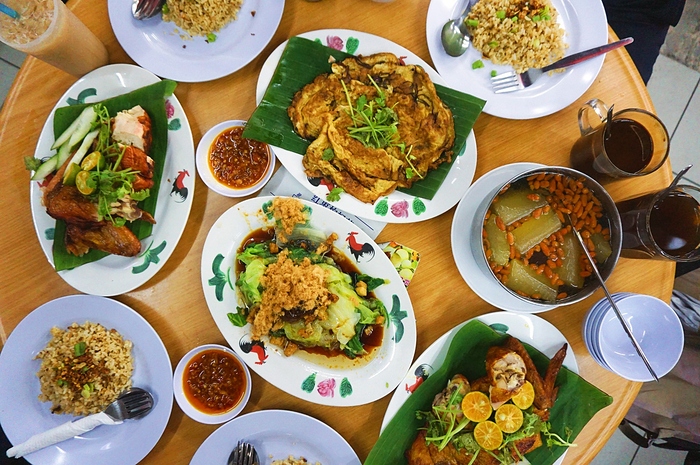 The garlicky chili dip was amazing, and really pepped up the chicken dish - don’t miss it. 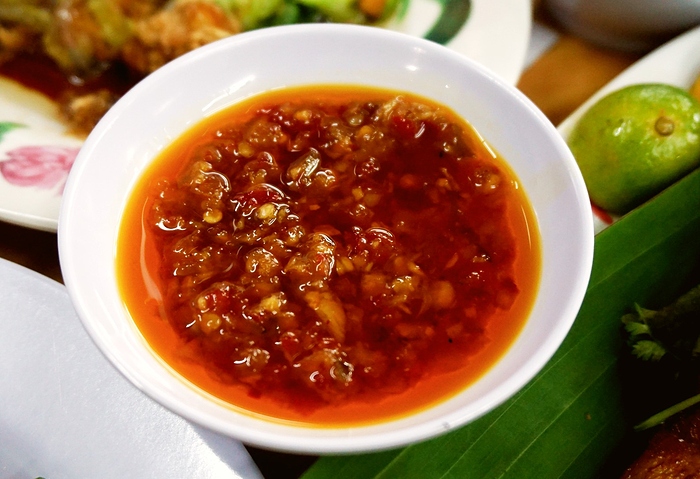 Simple home-cooked flavours here - the dishes seemed so neutral, I don’t really know which regional Chinese cuisine to categorise it under. It’s located inside Jiu Ke Kopitiam, on the corner of MacAlister Road and Madras Lane, across the road from the Penang Museum. 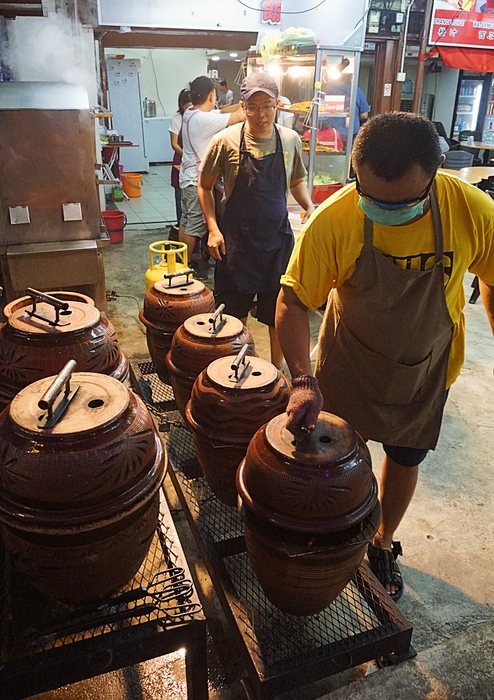 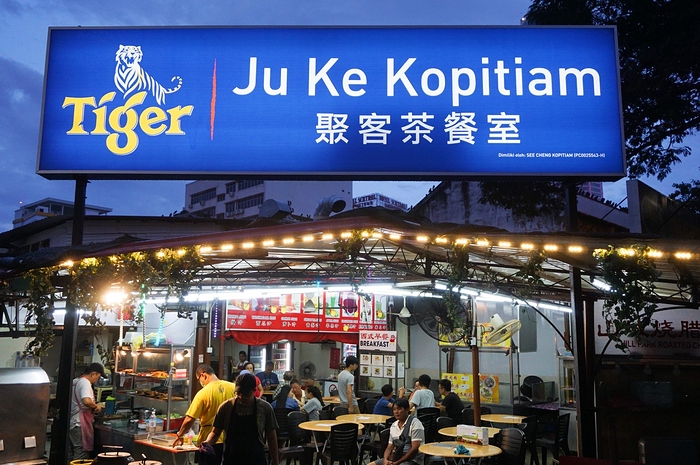 Do you have any idea the significance of the toothpick on the chicken (third photo)?

Not really. It was also removed before serving.

Then, it must be a secret code.

I’m guessing that - since there were two types of marinade used - one with 5-spice, and the other with the addition of turmeric, the toothpick could’ve been used to identify the one without turmeric (less “yellow” in the photo above).