We’re big fans of Char Kway Teow after first having the dish at Sedap in London, so had to hunt down some of the more popular spots in Penang whilst we were there. We’re no experts but after doing some research we ended up trying 5, shared here from our most to least favourite:

Arrived at 3PM before the stall owner came round the corner pushing his cart heavily loaded with noodles and beansprouts. There were already a few people camped in the coffee shop down the road which was full by 3:15. Excellent flavours from generous amount of chinese sausage (compared to others we’d had, and I miss it when it’s not there), fresh tasting plump prawns and large cockles. Cooked over charcoal. RM5.5 A close second. The whole of this dish glistened in lard, with absolutely huge prawns which were perhaps slightly better tasting than Siam road, but the charred flavour here wasn’t as good. We ordered the large (after wishing I’d ordered more at Siam Road) which was really expensive at RM13, not sure what justified the price, I guess the fact that tourists like me pay it. The first time we tried to come here (Tuesday afternoon) the stall wasn’t open. When we visited on a Friday morning, the main chef wasn’t there and his assistant was cooking, so we may not have had this at its best. The duck egg added a richness, along with 3 good sized prawns and large cockles. Wok hei could have been better, and if I’m nit picking it was perhaps a bit too salty but still very enjoyable. RM6.5 I’ve read good things about this place so I’m not sure what went on here. We had it during a chowdown with klyeoh, so maybe it was just buried by the other delights we had this evening, but this was a bit lac lustre and didn’t stand out. Maybe it was an off day or the main guy wasn’t cooking, or maybe you have to order the mantis prawn variant to get the good stuff. Came here just after touching down in Penang, mainly for our first experience of Asam Laksa and Cendol. Intended to order rojak here as I’d read it was good, but they didn’t seem to offer it, one of the vendors told me to go down the street and get it from there. The place has recently changed hands and I think it might now be connected to the cendol operation (some staff were wearing branded clothes and the bottled water was branded, although confusingly the cendol stall also seems to have a shop further down the road). Anyway, ordered the char kway teow after failing to find the rojak and it was dissapointing, give it a miss. Looking at the picture that surprises me as it looks good, but the flavours just weren’t there. Portion was also quite meagre. Siam Road’s old man, Tan Chooi Hong, 75, assisted by his son , Tan Kean Huat, 51, still rules the roost in downtown George Town where “char koay teow” is concerned. There is also a lady who cooks great “char koay teow” at Kheng Pin coffee shop (where we also get good “lor bak”), but her version is not the luxurious type like the one you got at Lorong Selamat’s Mdm Soon Suan Choo aka Lady in Red Beret. For some reason, Penangites hate her with a passion - I guess it’s because they felt her cut-throat prices were a bane. She also tend to be pretty rude, though we foreigners don’t seem to experience as much of her attitude. I liked her version quite a bit.

You’re right about the Kimberley St chap in front of Sin Guat Keong - he’s better-known for his mantis shrimp version of the “char koay teow”, rather than the standard one we ordered. His version, though, is closer to the original, traditional “char koay teow” which one gets back in Chaoshan, China, where the Teochew people originate from, and the version in China tends to be simpler, and lack the wok-seared quality we find in good Penang “char koay teow”. Photo of an old-fashioned Teochew “char koay teow” below (not Penang-style) - you can see its similarity to Sin Guat Keng’s version: 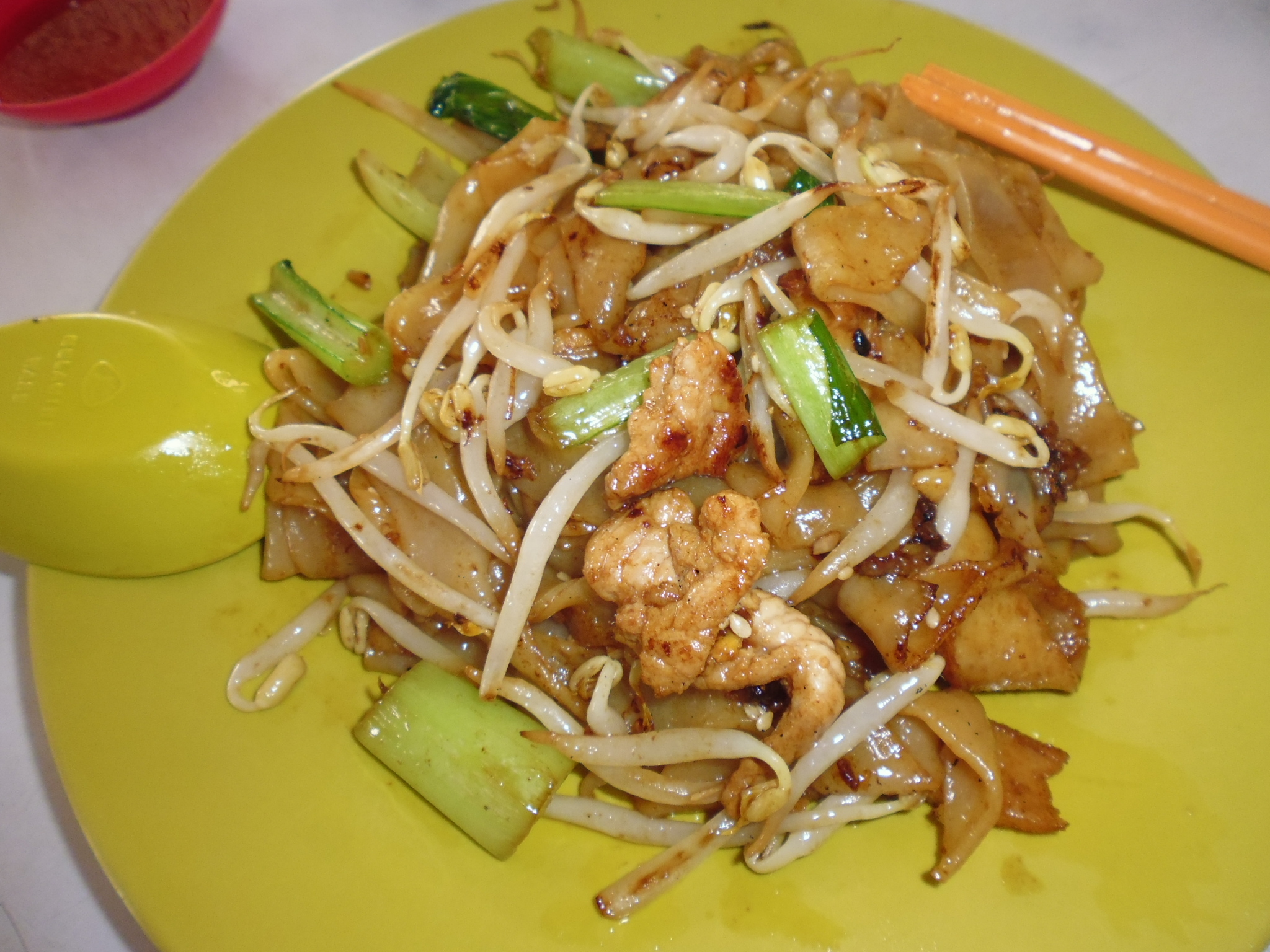 Is this the Siam road CKT?

Multi-tasks, quite efficient. Didn’t notice the assistant until the end, actually he wasn’t doing much.

Thanks for the video.

Is this the Siam road CKT?

Yes, it is. The old man is 77-year-old Tan Chooi Hong, who hardly utters a word when spoken to. His assistant is actually his 53-year-old son, Tan Kean Huat, who takes orders and serves the char koay teow to customers.

The older Tan did try to pass down his business to his son, but finicky Penangites insisted that his son’s version “was not very good”. I think they are being too hard on the younger Tan.

Poor guy, sounds like a page out of Jiro …

Do you consider his CKT the best in Penang?

Do you consider his CKT the best in Penang?

Very, very subjective when it comes to Penang hawker food - everyone seems to have their personal fave and I’m hard-pressed to find even two Penangites who can agree that the Siam Rd one is the best in town.

Personally, I ranked him behind my fave, the CKT lady at Kheng Pin coffeeshop (corner of Penang Road and Sri Bahari Road).

The CKT lady in red hat on Lorong Selamat would be next, but she hasn’t been frying for the past year or so ever since she broke her hip in a traffic accident.

The Siam Rd old man is my #3 - his version of the CKT closely approximates what the Teochew-Chinese like about the dish: lightly-done with just a touch of light soy-sauce, not too greasy with lard, and not too wok-charred (unlike what the Cantonese look for).

Dying for a CKT bang-bang in Penang

Dying for a CKT bang-bang in Penang

I can’t find authentic-tasting CKT once I get out of the island - and especially not in Ipoh (less than 100 miles away) or Kuala Lumpur (210 miles). Somehow, the different dialect group’s preferences (Cantonese in both Ipoh & KL) will get in the way, and you end up with a totally different rendition of the CKT which resembled more closely the fried flat rice noodles one finds in Hong Kong.

My old list from a couple of years back:

Penang-style "char koay teow’ is somehow very difficult to emulate outside Penang - I’d been in Kuala Lumpur for 5 years already - it’s only 350km from Penang - but genuine-tasting Penang “char koay teow” is almost impossible to find: only two places in KL did it well - a stall in Hutong foodcourt at Lot 10 in downtown KL, and Penang One, a popular eatery in Bandar Puteri Puchong on the outskirts of KL. The rest all ended up with a “KL-fied” version of the dish which is closer to the version bac… 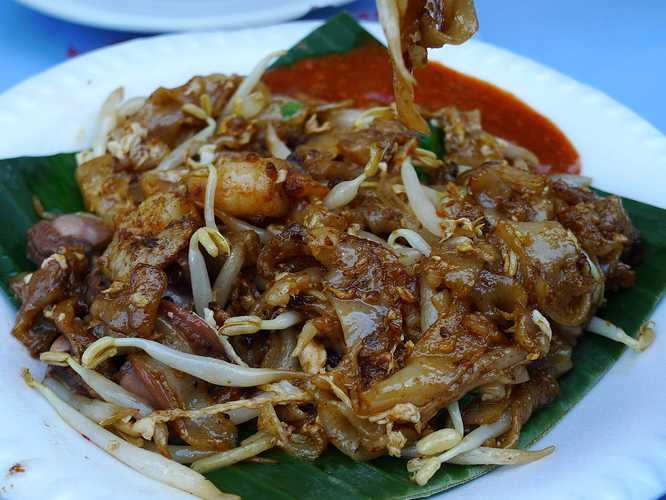 Nam Heong’s version satisfies the Cantonese palate - much greasier than what the Teochews/Chiuchows can tolerate. But there’s no beating Ipoh’s beansprouts - best in the country.

CKT vendors all have their own “secret sauce” which they add into the mix when they are frying - a blend of light soysauce (usually from their own supplier - there are 160+ artisanal soyssauce brewers in Penang alone), oyster sauce and other condiments. Their sauce will set the taste of their CKT apart from their rivals’.

Care to recommend any?

Nam Heong’s version satisfies the Cantonese palate - much greasier than what the Teochews/Chiuchows can tolerate. But there’s no beating Ipoh’s beansprouts

I guess that’s where the super strong white coffee comes in handy to offset the greasiness.

Care to recommend any?

This is my personal fave. But it’s hard to find even in Penang, not carried by the major supermarket chains (cornered by Lee Kum Kee and other big boys) - I always get it from a specialty grocery store at Cecil Street Market in Penang. 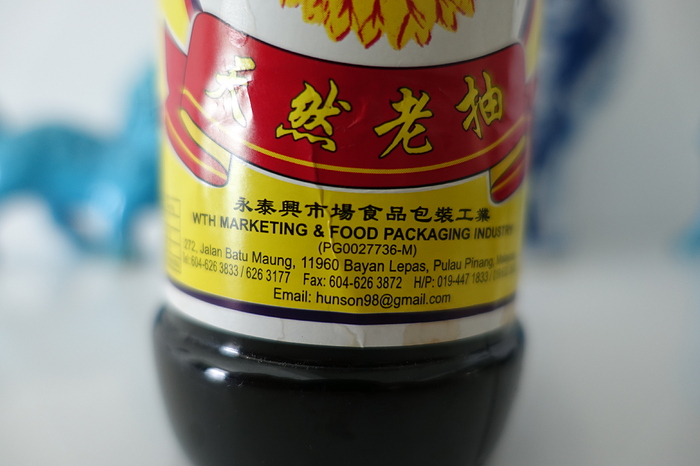 Thanks!!! Going to track it down next time I’m in Penang.

Alas, the only place I knew to get decent CKT in London (Sedap) closed a few years ago, and I’m sure it would have been a weak comparison after my trip to Penang anyway. Not sure when I’ll get back to Malaysia so I’ll just have to feast on these memories instead!

Didn’t know the beret woman hadn’t been cooking recently, must have done wonders for the goggles man’s stall down the road.

Didn’t know the beret woman hadn’t been cooking recently, must have done wonders for the goggles man’s stall down the road.

Indeed. But the social media went to town in recent months over the Siam Road CKT man - so now, CKT fans’ attention has shifted from Lorong Selamat to Siam Road!

Alas, the only place I knew to get decent CKT in London (Sedap) closed a few years ago

I wonder what happened to Mary Yeoh & Co. I must ask around when I’m in London this July (to catch the Man Booker 50 at Southbank Centre). Maybe we can also organise a chowdown among the UK-based HOers. @Harters @paprikaboy Interested?

@klyeoh I would definitely be up for that.

Say it ain’t so!!! Never got a chance to try it

*Update: The uncle will be moving to Siam Road 82 Kopitiam next month. Source: Kwong Wah Daily. Today we’ve had to endure the greatest loss of mankind. Siam Road Char Koay Teow is believed to be closed down for good. Ranked14th in the Top 50 lost at...