This wantan noodles stall is run by an elderly husband-and-wife who’d been doing it for nearly half a century - starting in what local Penangites call “Gu-kan-tang” (牛干冬) or modern-day Chulia Street. They moved to the current spot at Tai Wah Café(a traditional Chinese coffeeshop) on Argyll Road in the 1980s. 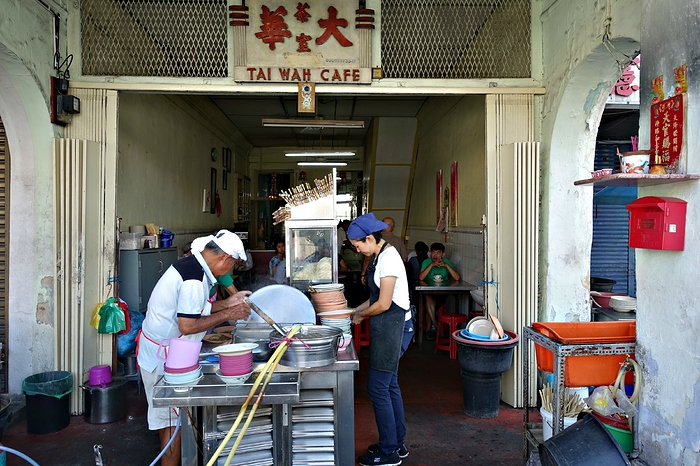 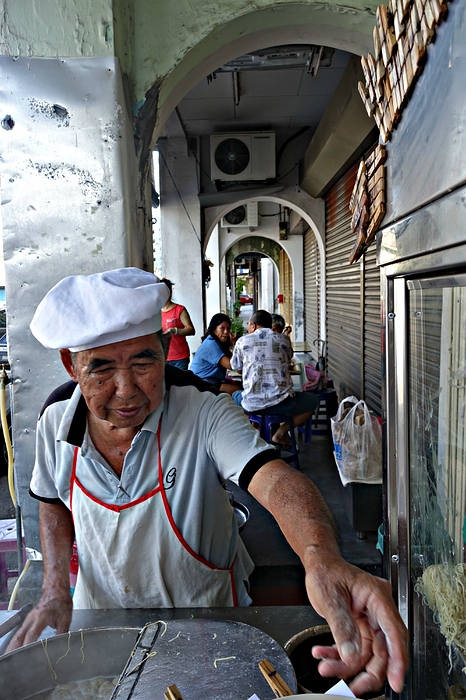 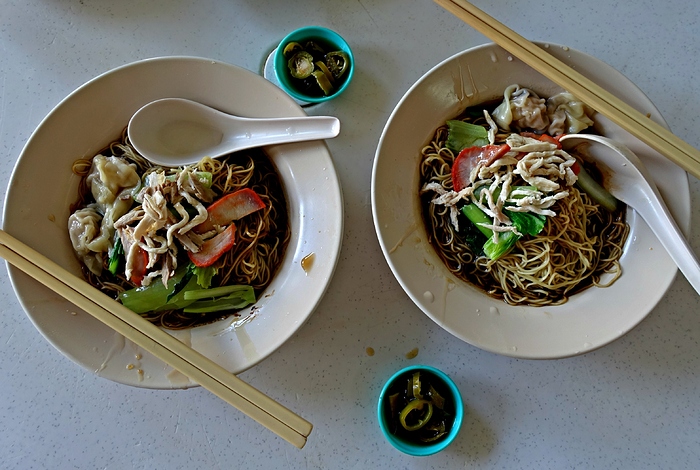 I’ve always been less than impressed with Penang or Ipoh’s wantan noodles, and felt that KL does the best rendition of Malaysian-style wantan noodles. But I’m surprised by how much I enjoyed the version here at Tai Wah - the noodles had a suppleness which I really liked. The dressing was passable - still not KL standards, but very good by Penang’s measure. The version here also included shredded chicken meat (“kai see”) besides the “char siew” and “wantan”, and that, I really like

Pickled green chillis are also served on the side, to add a stab of acidity which undercuts the rich flavour of the dish. 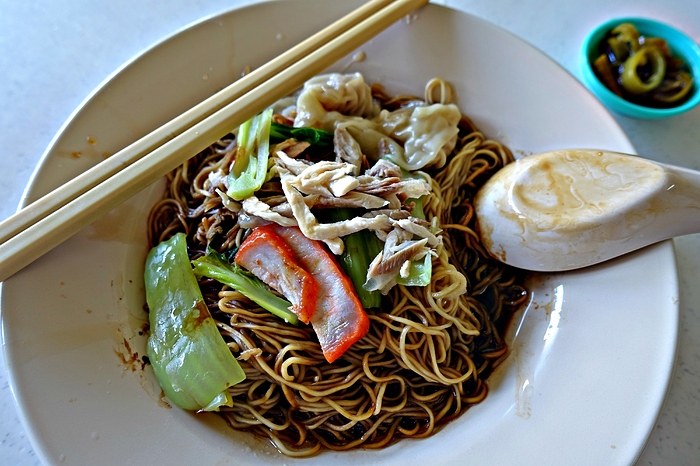 Reading your reviews and viewing your photos is, to me, like getting a nice dose of sunshine in my day. Thanks for publishing them here!

Very kind of you to say so, RedJim. For me, one of the great pleasures is to find good food and share that with like-minded enthusiasts.

The Argyll Road wantan noodle stall has moved down the road to: 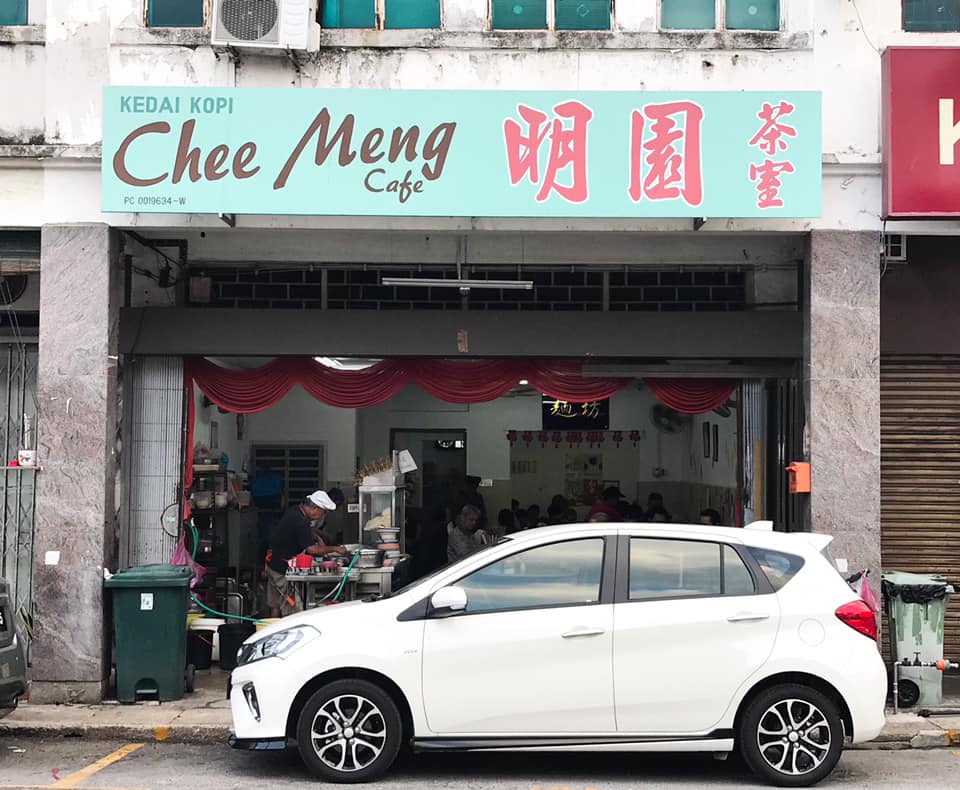 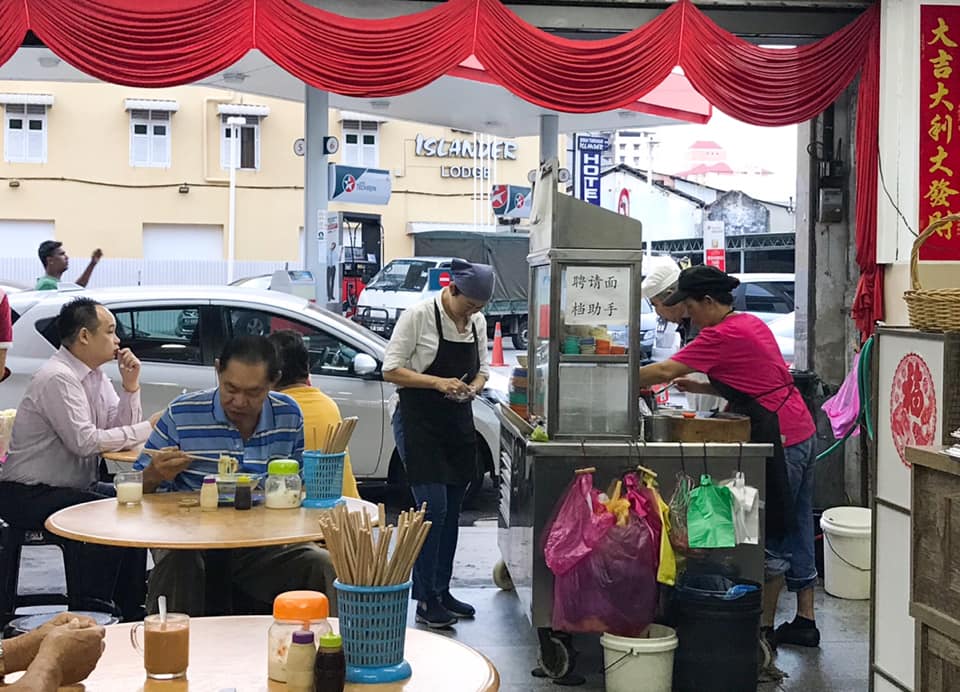 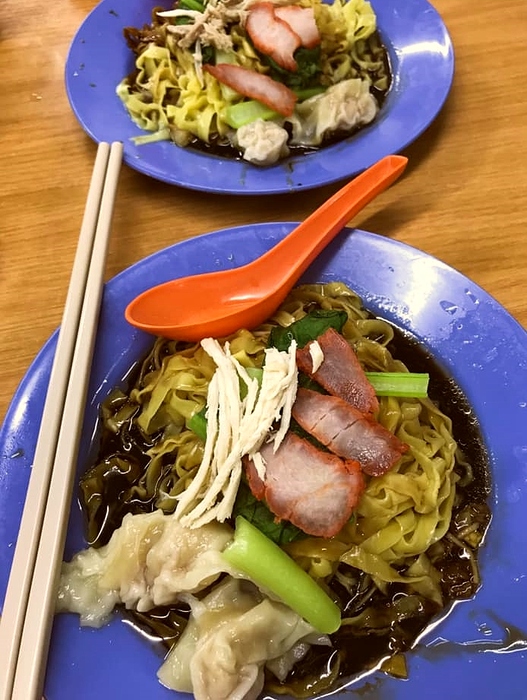