By mid-morning, Tho Yuen’s starts preparing for the lunch crowd. Its Hainanese chicken rice is still available, but its standards are a pale shadow of its former self. These days, good Hainanese chicken rice are almost impossible to come by in Penang. Kuala Lumpur has only one good spot - Loke Yun in Ampang, whereas Ipoh’s “nga choy kai” give Malaysians some semblance of good chicken rice. But for really nice, aromatic, tasty Hainanese chicken rice - the sort one finds in Penang or KL back in the 1960s/70s, one needs to go to Singapore, where the standards of Hainanese chicken rice have been on the up & up the past few decades, until the versions there knocks those from anywhere else in the world for dead.

But back to Tho Yuen, customers go there these days for its noodle dishes and, oh boy, do they come up with some very tasty options. We tried a couple today, and they were really some of the best we’d tasted in town. 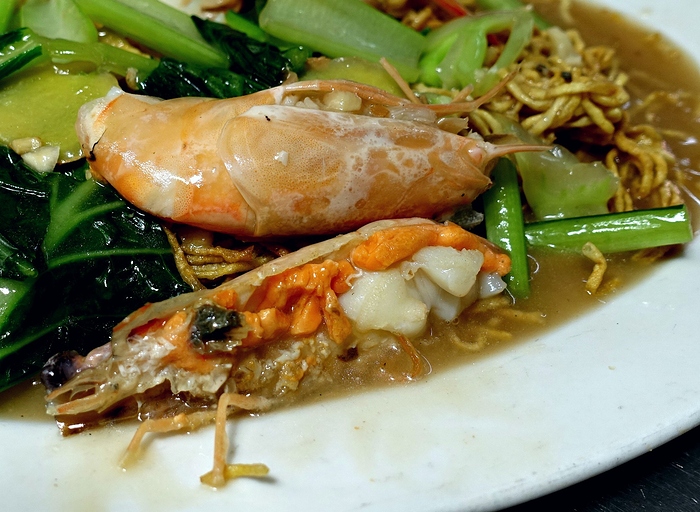