There’s Chinese food, and there is “Chinese” food. Chinese cooking has always adapted itself wherever the Chinese diaspora settled around the world, giving rise to indigenised, localised Chinese cuisine unique to that particular host country which one could never find elsewhere, think mushu pork, chop suey and chow mein in the US, Manchurian chicken and Hakka noodles in India, jajangmyeon in Korea, long soup and short soup in Australia, the Four Heavenly Kings spicy vegetable stir-fry (四大天王) in Malaysia and, in the case of the United Kingdom, the quintesssentially British-Chinese crispy aromatic duck.

Chin’s is located at Church Street Pier on Weld Quay, George Town’s waterfront where the luxury cruise ships come in to berth, and where a busy ferry service ply the waters of the Penang Channel, linking George Town to Butterworth across the waters.

Weld Quay is terribly busy during the day as it’s next to the banking district, the government offices and the courts of law. After 6pm, the place quietens down significantly as businesses close down and the office workers leave. 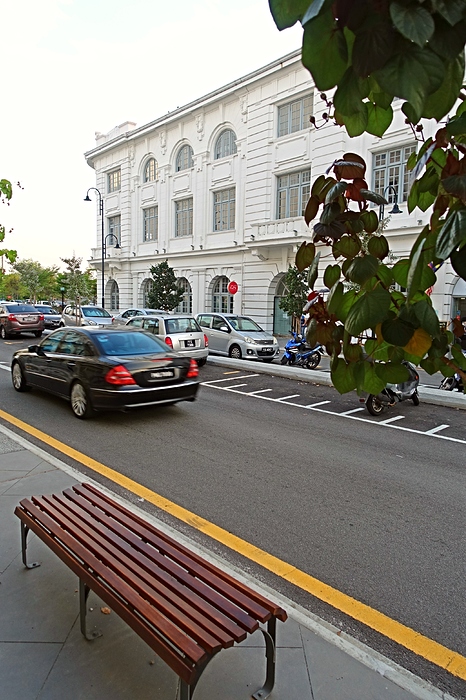 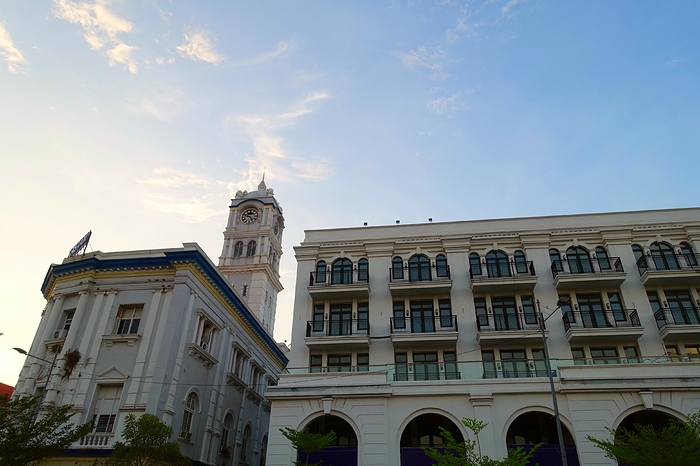 The 122-year-old Church Street Pier where Chin’s is located: 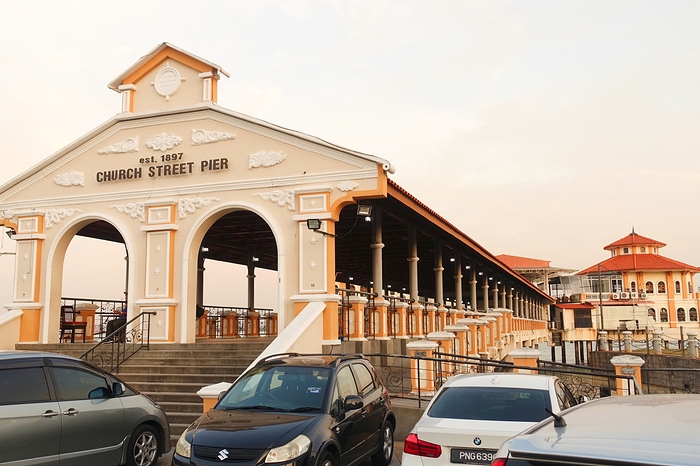 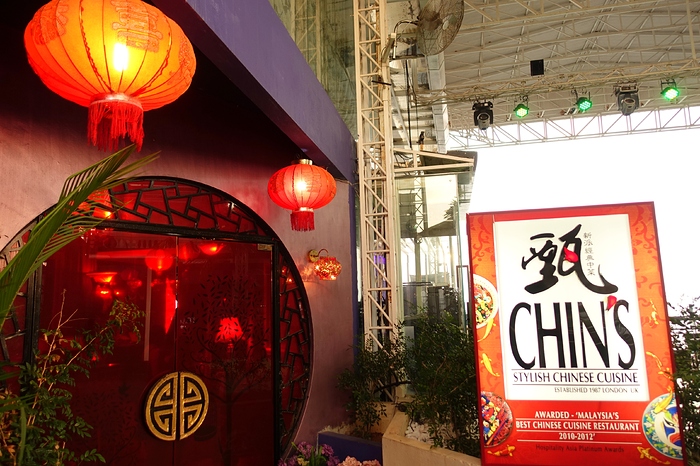 Chin’s Restaurant in the foreground, with a view of the town of Butterworth across the Penang Channel in the background. 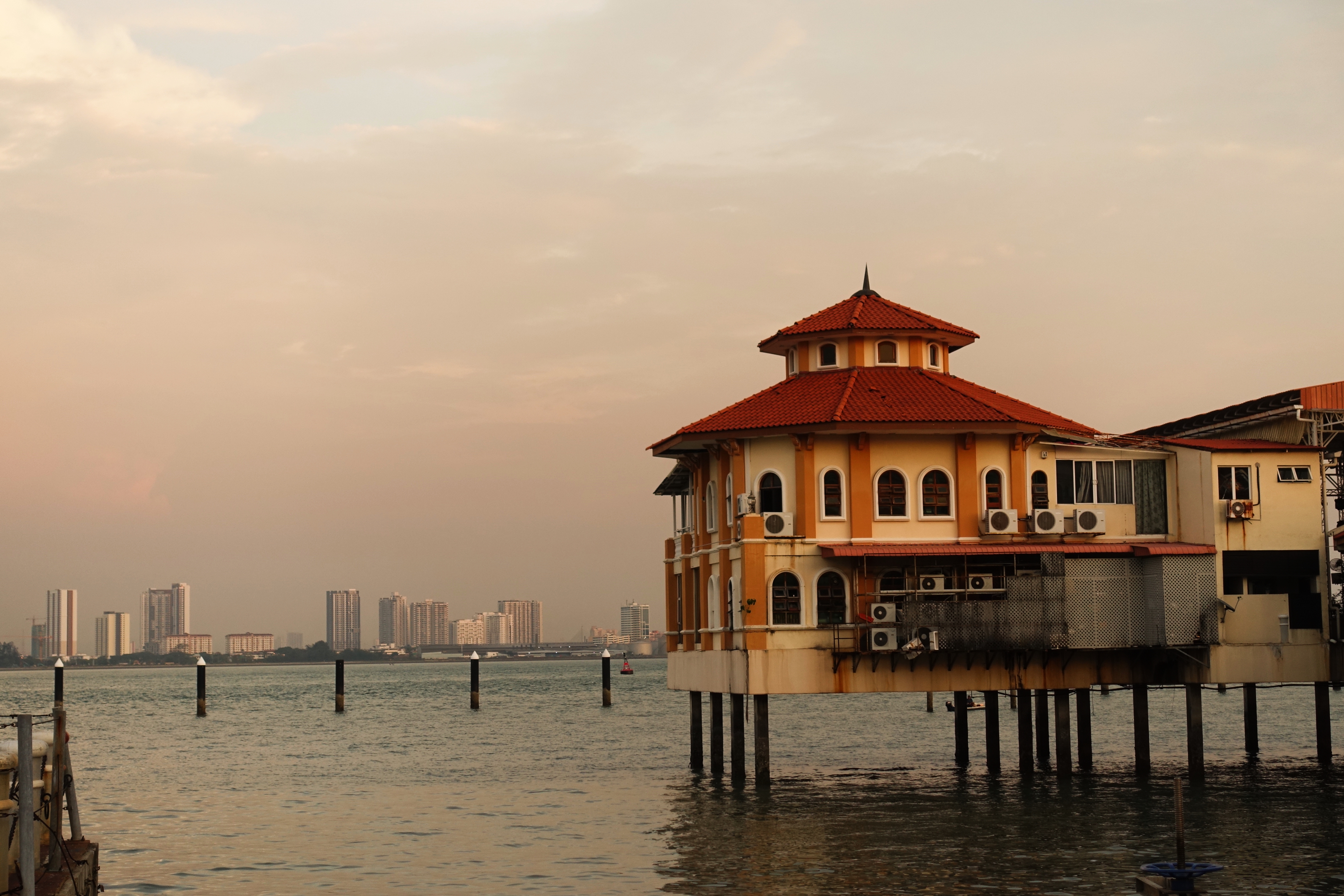 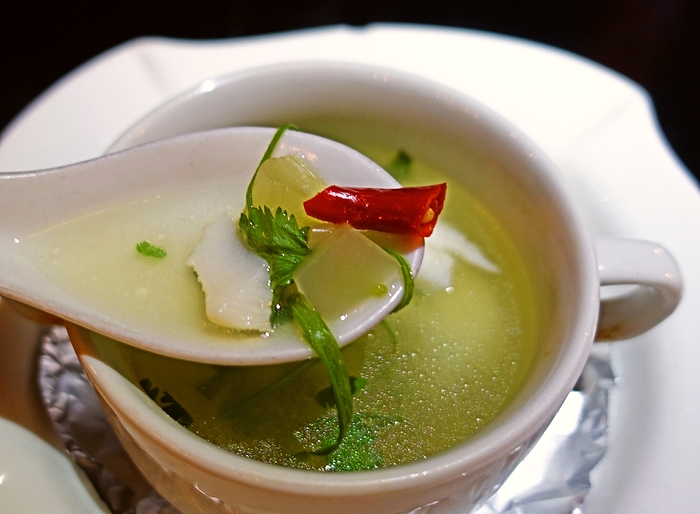 The menu then offered two options for the 3rd course, and we ordered one of each:
3a) Foie gras with laurel blossom was perfectly cooked, served atop a raft of baked green apple slices. 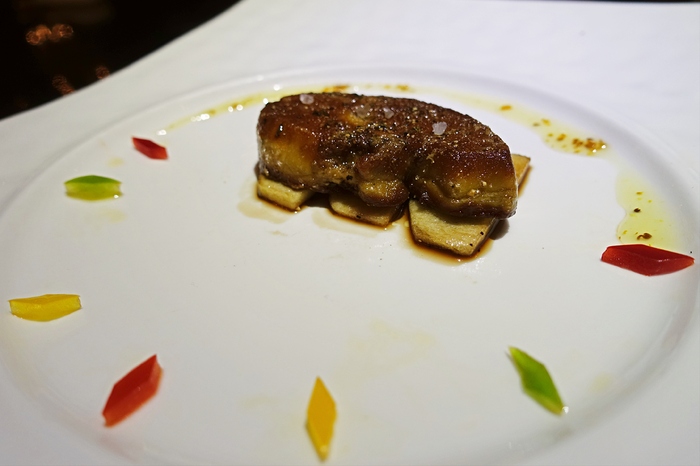 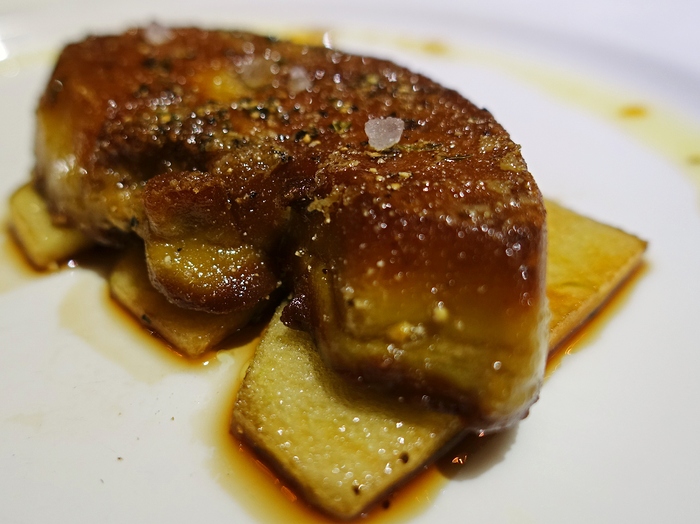 3b) Braised abalone with shitake mushroom - I love this dish, slow-cooked whole abalone (usually at least 8 hours or more to achieve that textural softness) in a thick, unctuous sauce of light soysauce and oyster sauce. 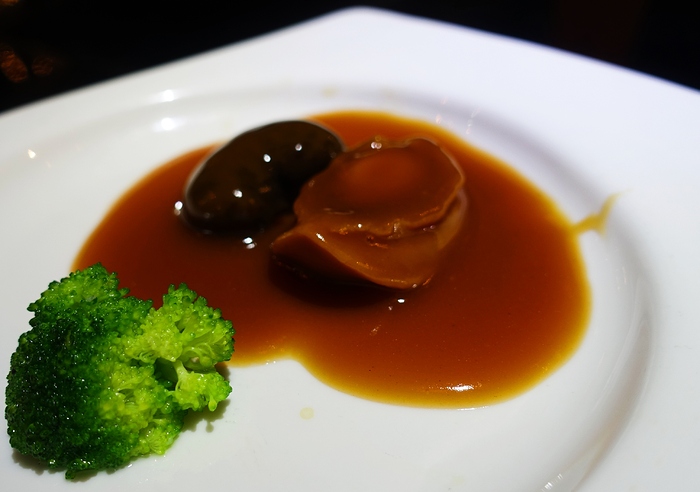 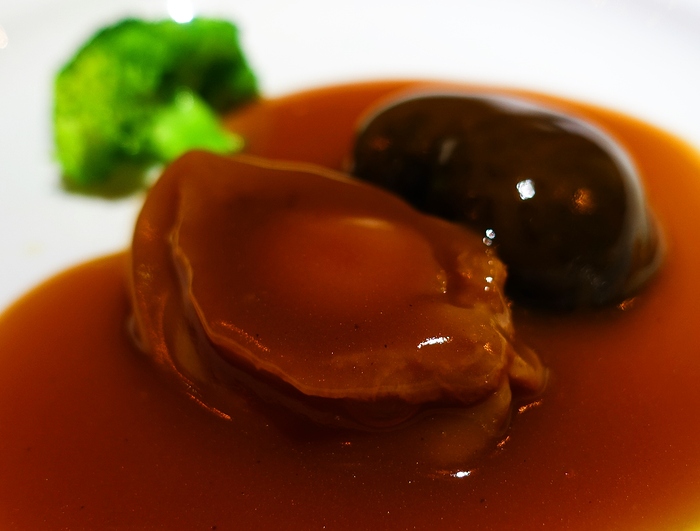 This dish is a somewhat robust send-up of a Peking duck, but instead of the Peking duck’s labourious preparation technique, the British crispy aromatic duck simply involved first steaming a marinated duck, then deep-frying it. The crispy duck then needs to be shredded (usually done tableside by the wait-staff), before being served with the usual accompaniments as for a Peking duck: small floury pancakes, hoi sin beansauce, scallions and cucumbers., which the diner will re-assemble him/herself. 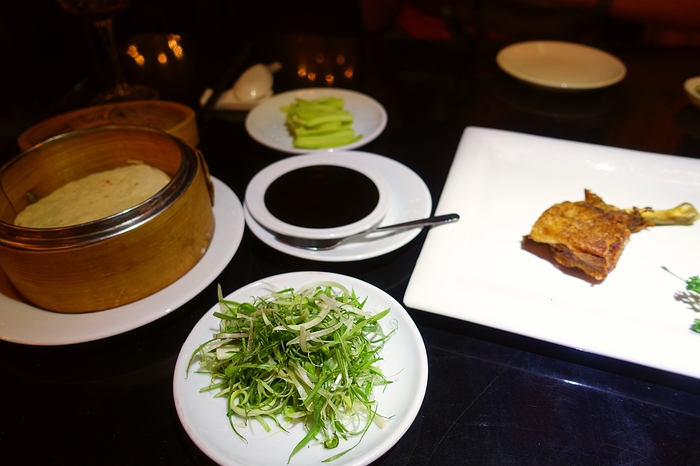 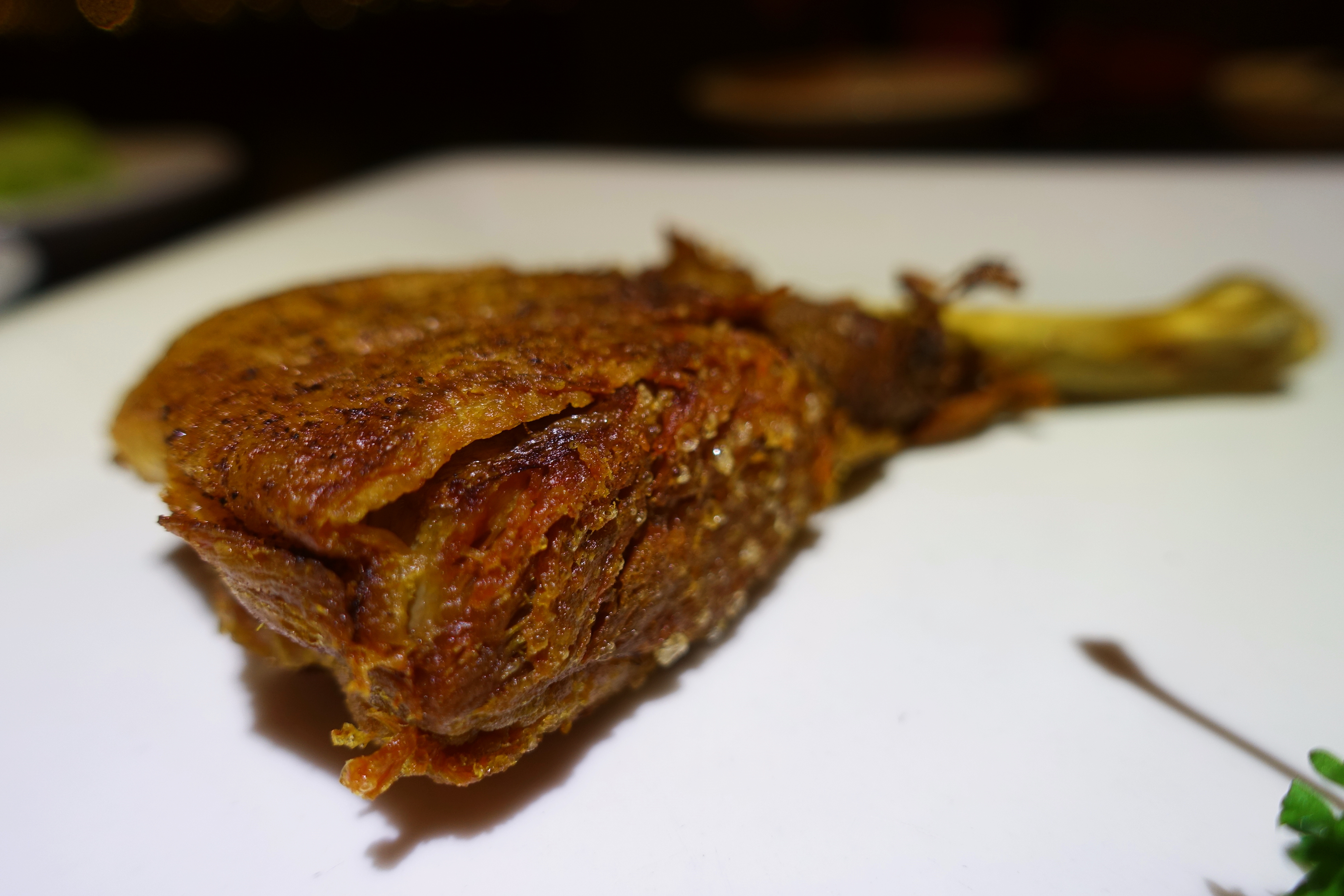 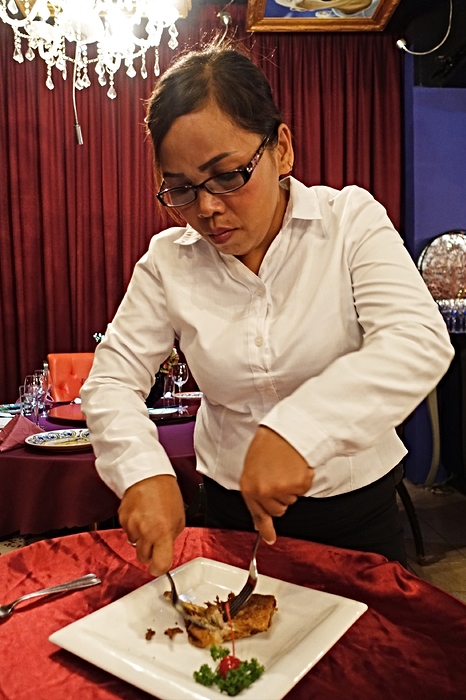 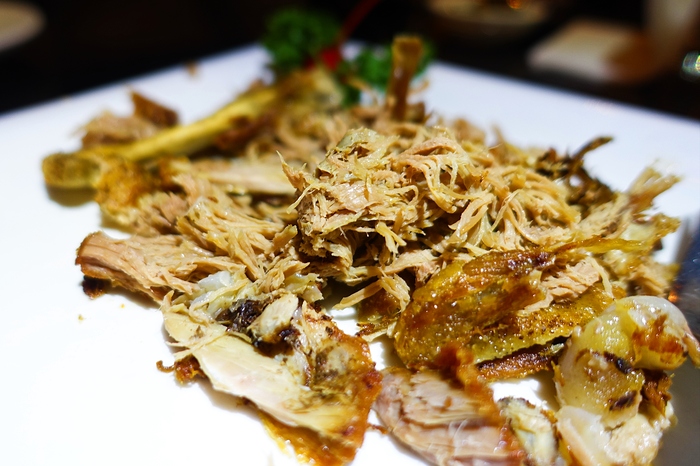 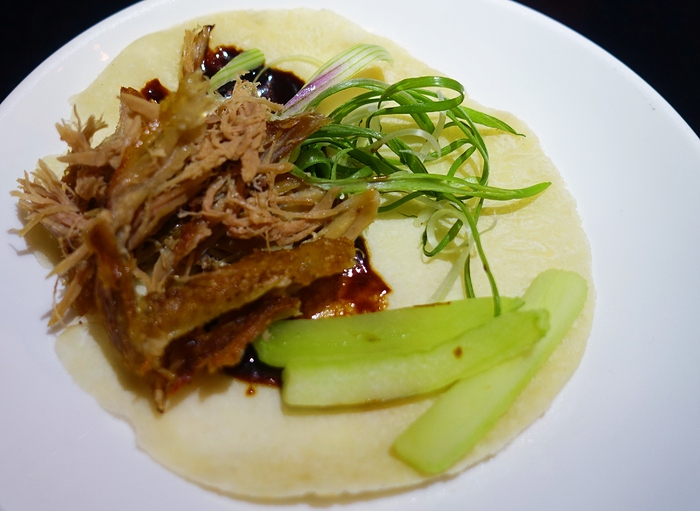 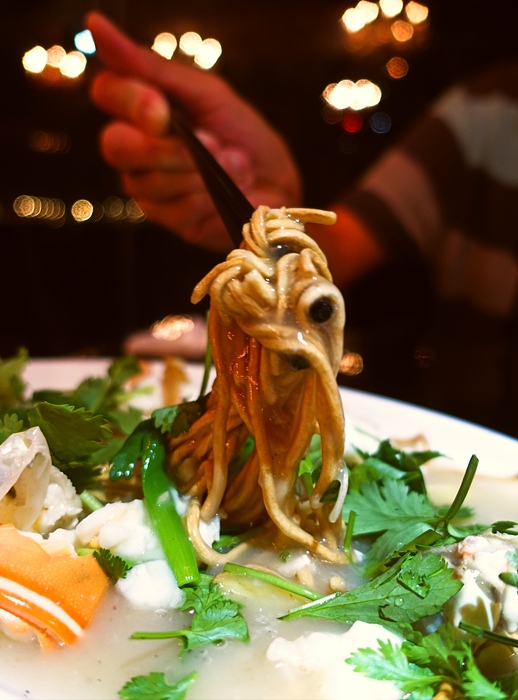 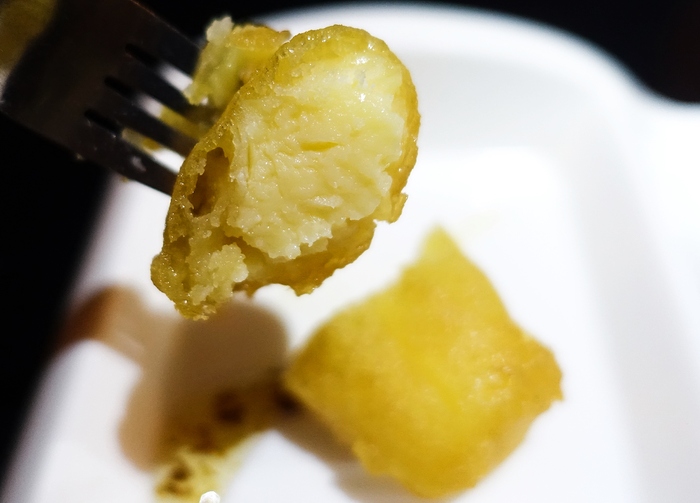 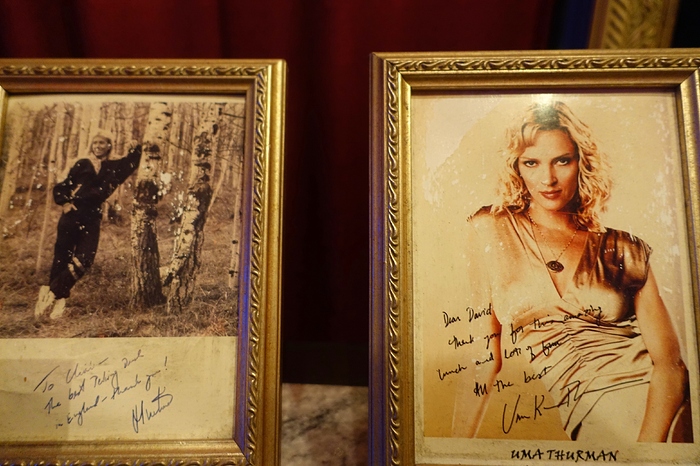 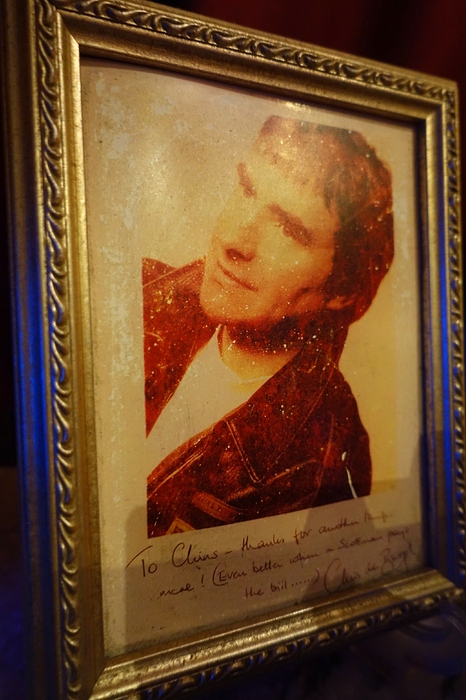 This post comes straight from “Harters Learns Something New”, Chapter 457.

I had never realised, until your post, that the crispy duck that we have in the UK was an Anglicised version. I’d always thought it was simply Peking duck by another name. I just lurrrvvve crispy duck but usually have to forego it, as Mrs H is not a lover of duck in any form.

I had never realised, until your post, that the crispy duck that we have in the UK was an Anglicised version.

Yup, the crispy aromatic duck is just about as Anglicised as chicken tikka masala .

The only resemblance it has to Peking duck are the accompaniments which come with the duck: the little pancakes to wrap the meat with, the sweet “hoi sin” bean sauce, the scallions and cucumber. But, in place of the Peking duck’s shiny, lacquer-like mahogany sheen, you get instead a brown, deep-fried duck.

The Peking duck, as it is roasted, will also have succulent meat under the skin, whereas the crispy aromatic duck has drier meat which needed to be shredded to make it more palatable. 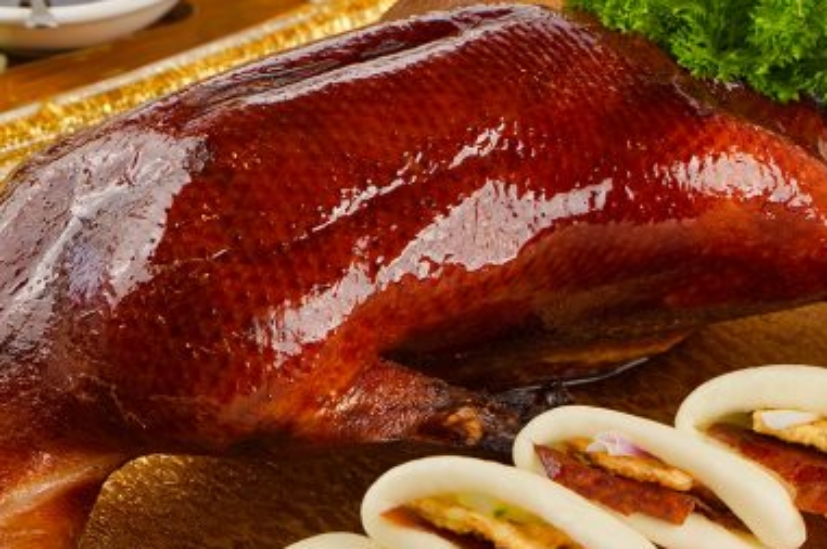 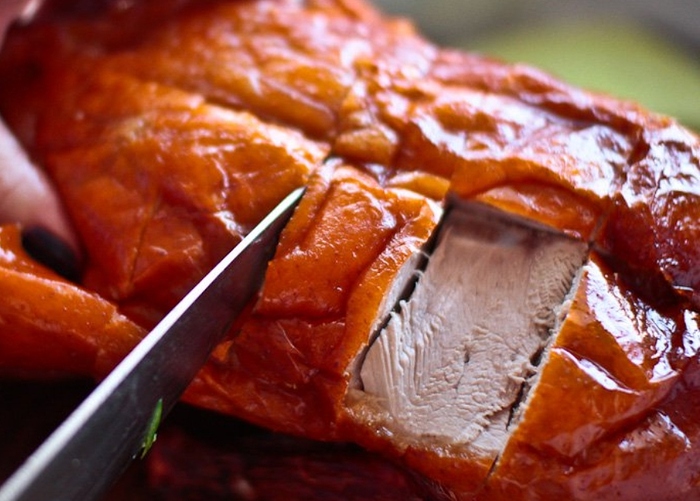 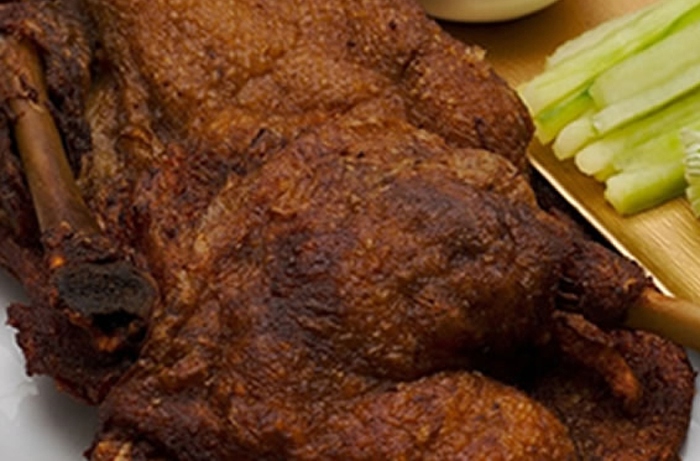 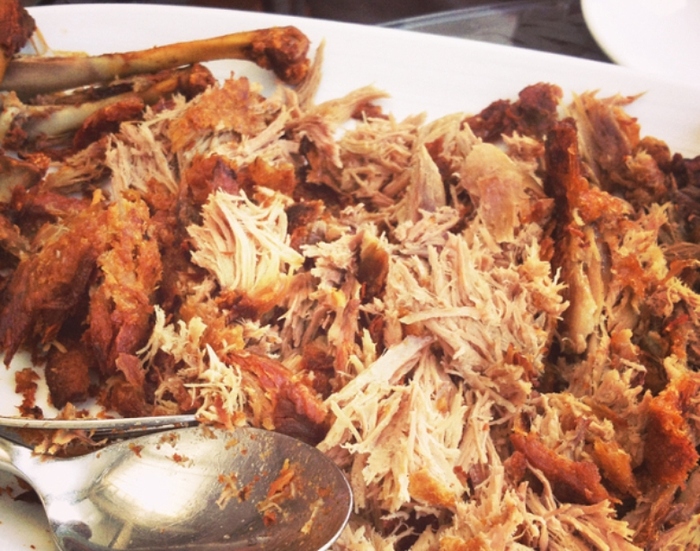 When Royal China from Queensway, London, opened a branch at the Raffles Hotel in Singapore back in 2008, it had Singaporeans all excited as it’s the first and only place in Singapore to serve London-style crispy aromatic duck! I remembered dining there on the first week it opened, just to see if they managed to replicate the dish like we remembered it in London. They did.

Who could’ve guessed something so rustic and robust could appeal to Asian diners who actually identified it as a rather exotic “British-Chinese” dish.