Chowrasta Market is located in the inner-city area of George Town, within the defined boundaries of the UNESCO World Heritage Site area. The market itself dates back to the mid-19th century, and was initially a mainly Indian market, hence the name, which originated from the Hindi “chowk”. However, the Chinese moved in since the early 20th century, and the market today has a mixed Chinese-Tamil Indian feel to it. Chinese butcher shops, many selling pigs and pork products line Kuala Kangsar Road, whilst Tamil-Indian butchers, many Muslims selling mutton or beef, would be in main Chowrasta Market building bounded by Kuala Kangsar Rad, Chowrasta Road and Tamil Lane. 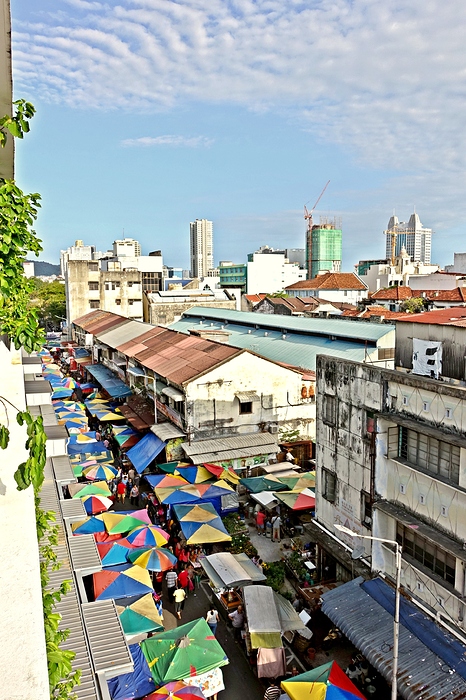 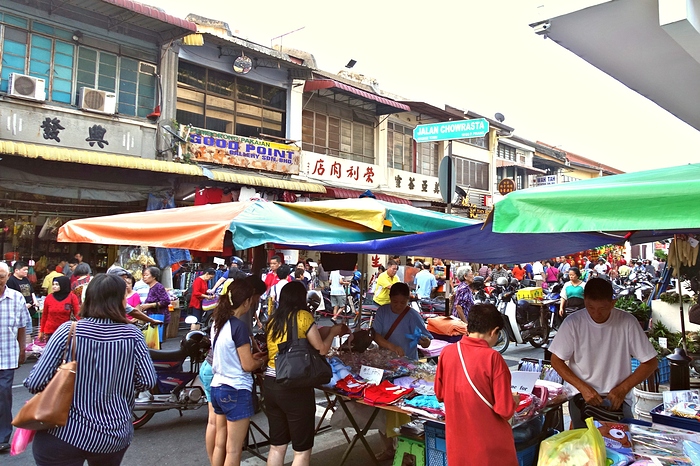 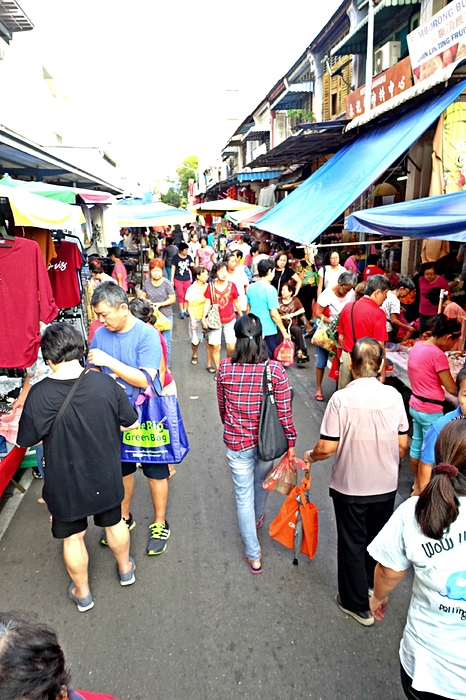 Chowrasta Market is at its busiest on the early mornings, and business tapers off towards noon. We were at Chowrasta Market two days ago, to catch the crowds doing last-minute shopping for the Chinese New Year. 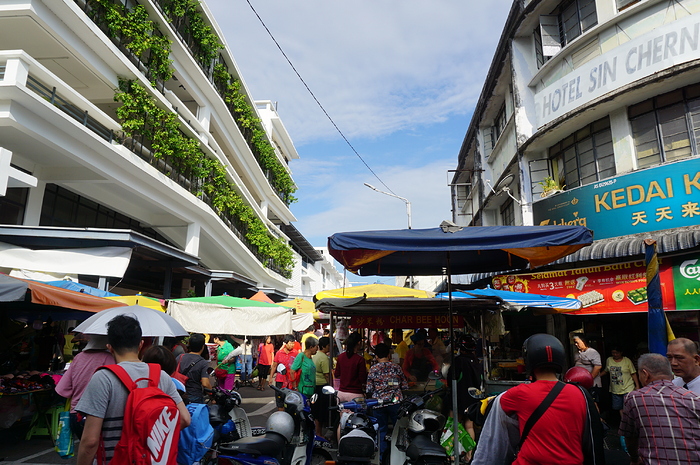 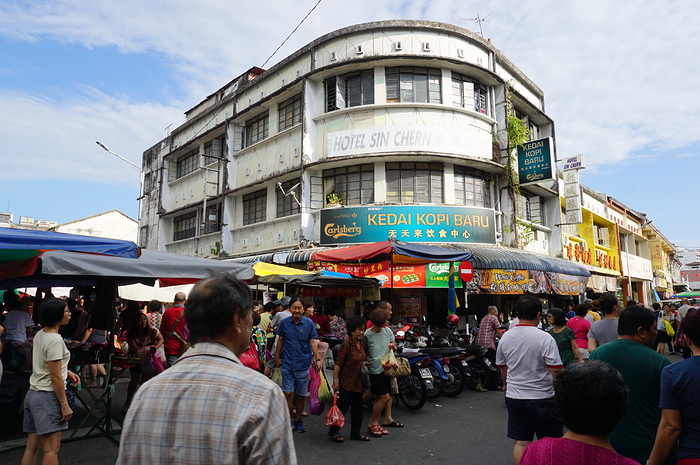 Loads of stuff the Chinese look for in their New Year shopping: 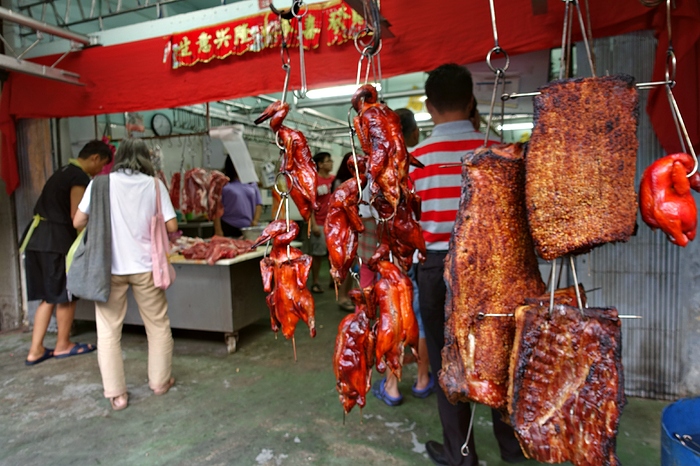 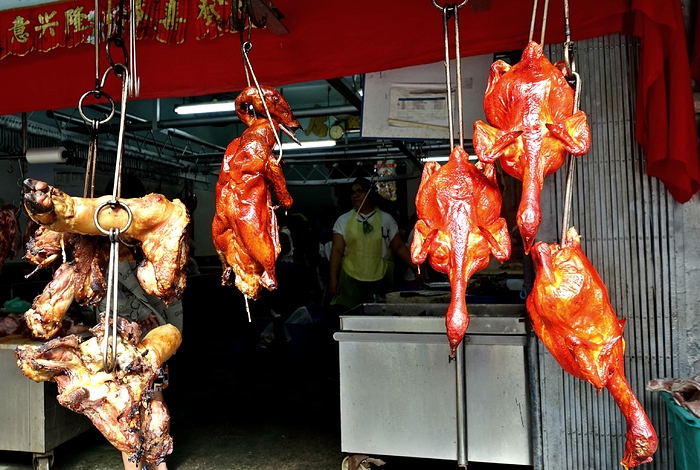 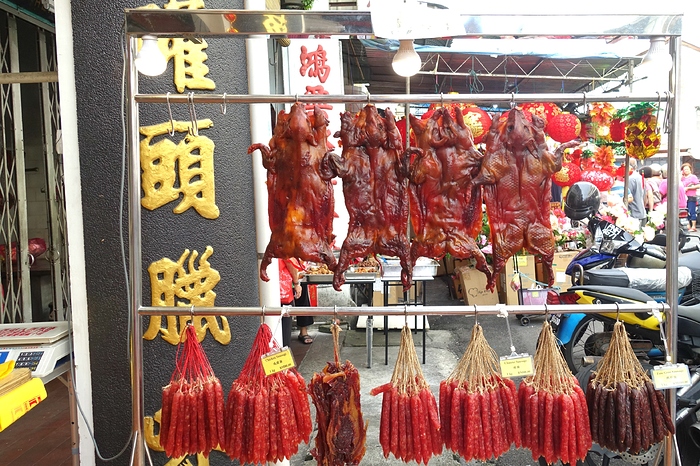 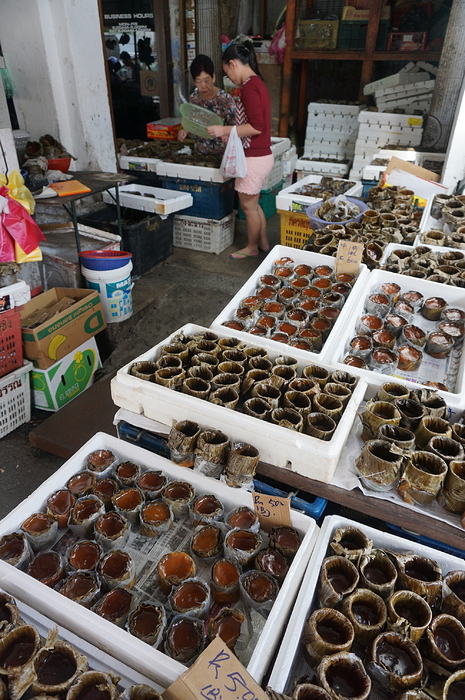 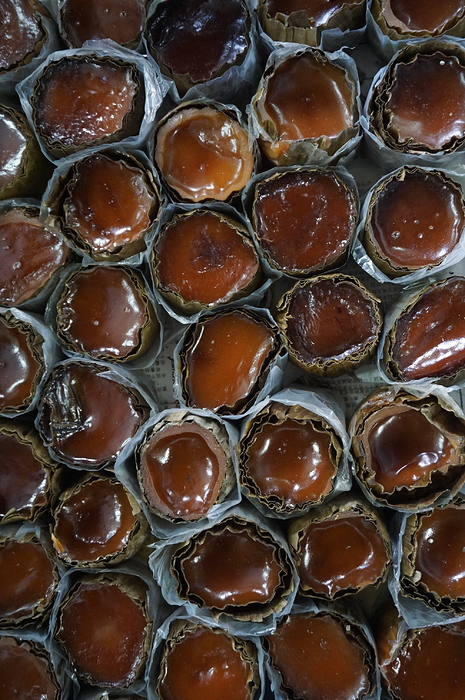 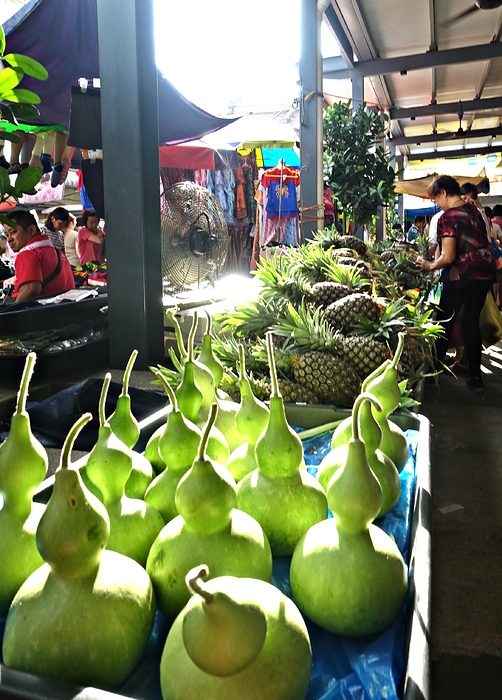 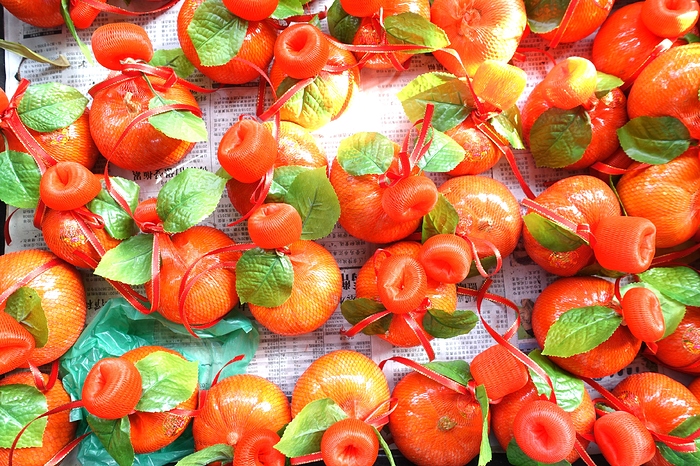 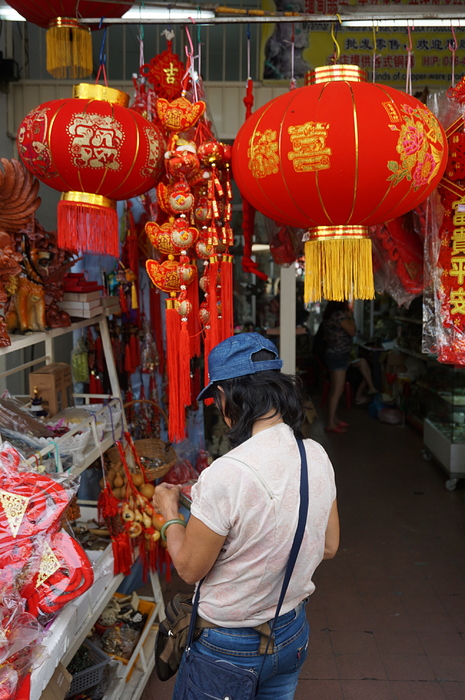 Chowrasta is always a good spot for breakfast. Some of the items we opted for: 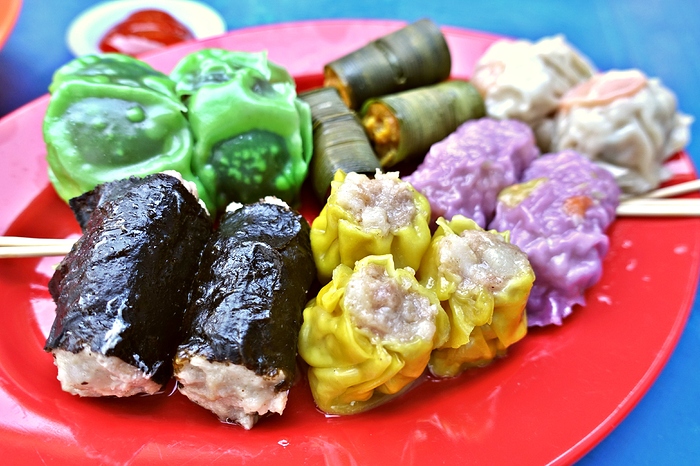 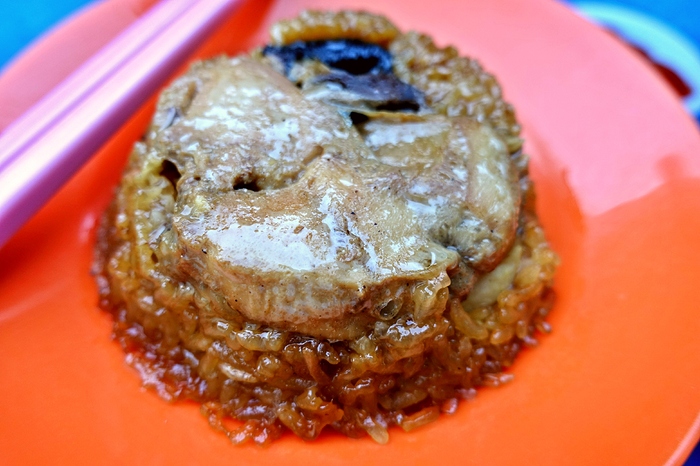 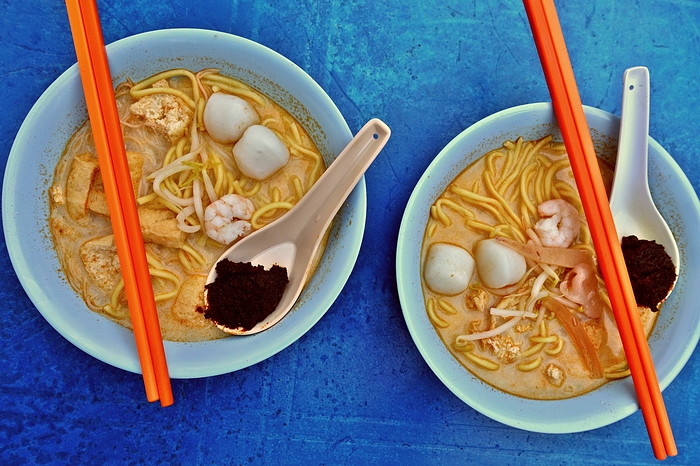 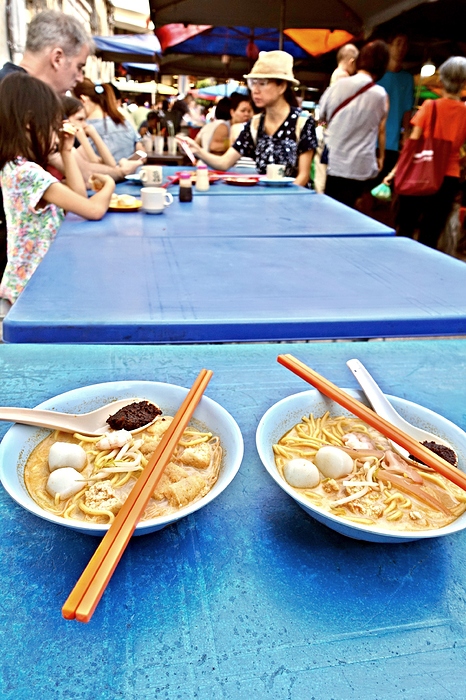 Chowrasta Market winds down towards noon, as the temperatures get warmer. It’s best to be here around 7.30am when the stalls are just opening, and the crowds are thinner.