Tiny Seow Fong Lye kopitiam on MacAlister Lane (the end closer to Burmah Road, not MacAlister Road) has been around since the 1930s, and boasts a famous chee cheong fun or steamed rice rolls stall that was founded in 1955, and perhaps the best-known char koay kak or fried rice cake stall in the city (it started back in 1963).

But Seow Fong Lye kopitiam here boasts of not one, but two famous stalls: 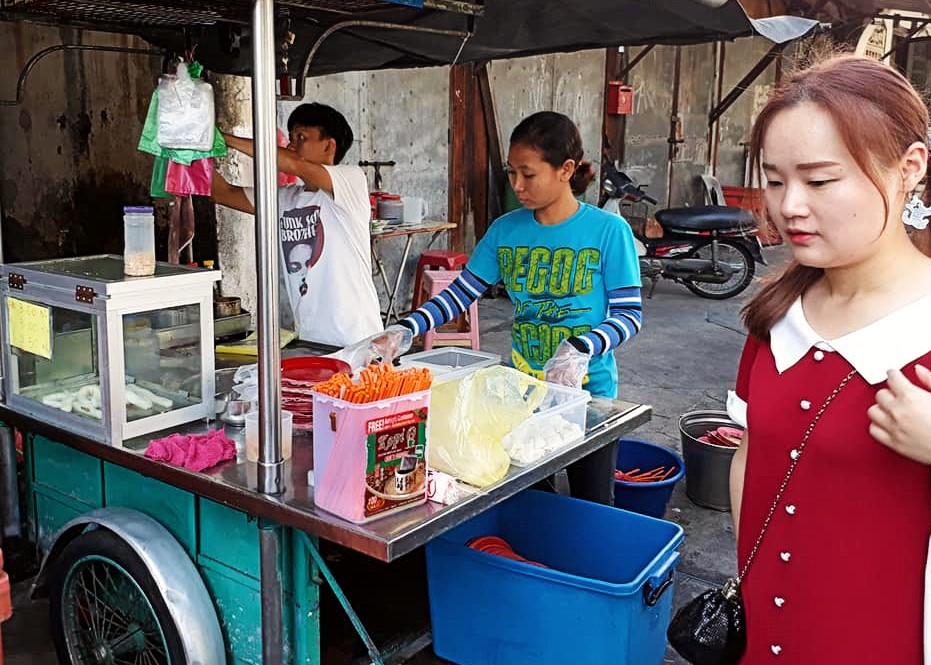 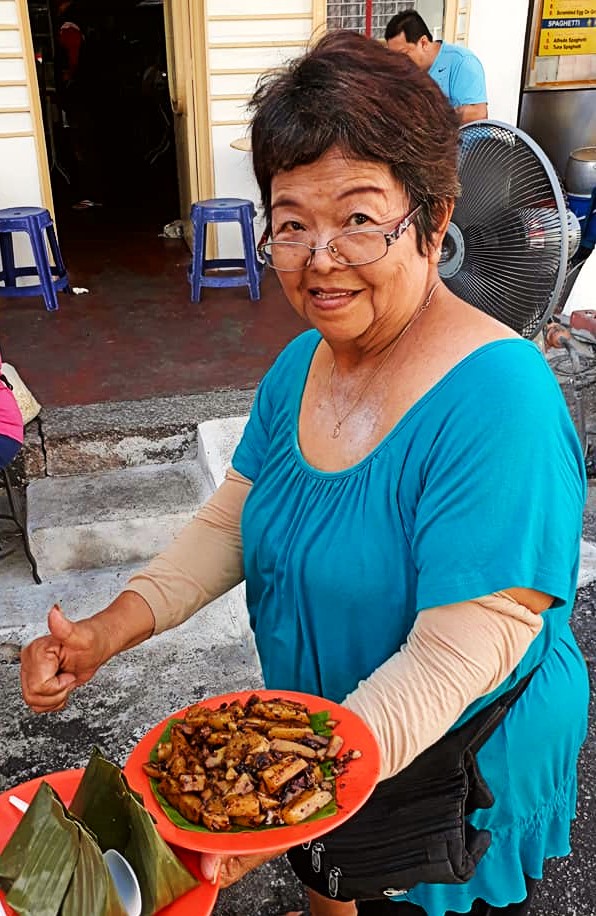 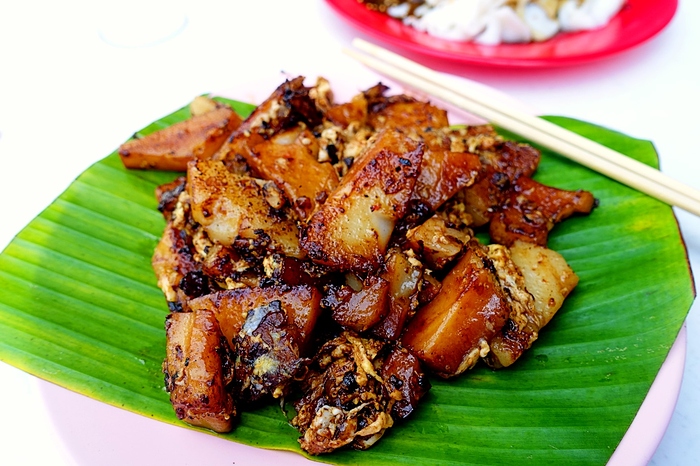 Both stalls are well-known in Penang for offering among the best renditions of the respective hawker food that they sell. 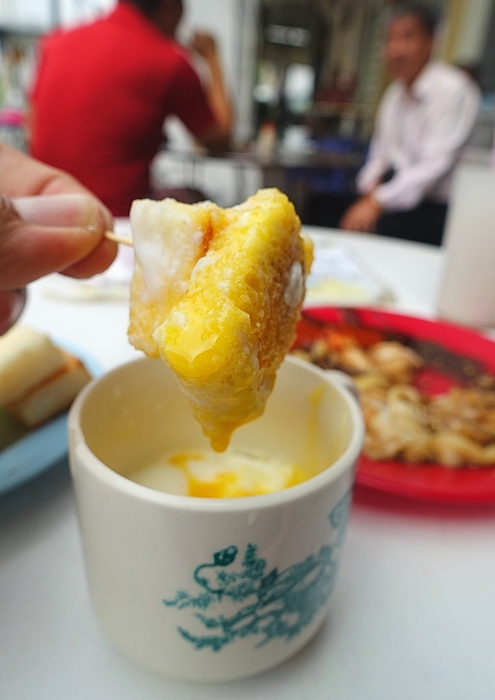 Despite its worn-out look, Seow Fong Lye gets extremely busy every morning, when the office crowd comes in for their morning cuppa before work. 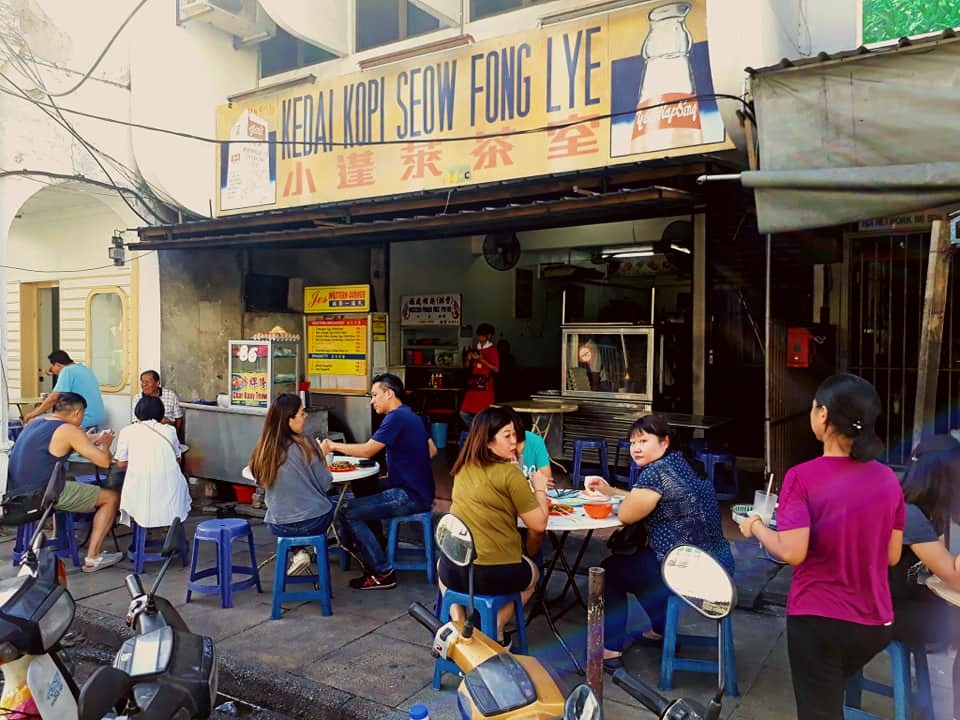 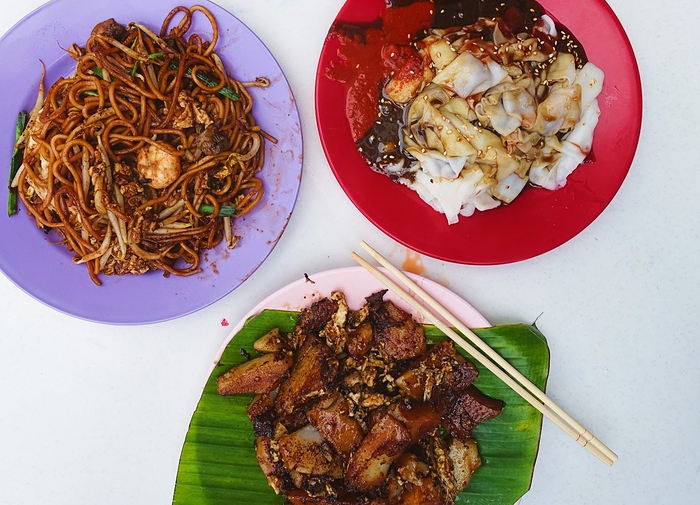 You’re making me want to go back to Penang! I overloaded on char koay kak when we were there but I have a big deficit now. We’re laying over for a few nights in Singapore and I was sorely tempted to transfer to Penang, alas, maybe we can do it on the return journey.

How does this style of chee cheong fun compare to what one might get in a dim sum restaurant in the UK? Is it still stuffed? It looks like they slice it rather than serve as the long rolls, which I’m normally awkwardly trying to share with someone.

How does this style of chee cheong fun compare to what one might get in a dim sum restaurant in the UK? Is it still stuffed?

Only the noodle used is the same - “chee cheong” meant “pig’s intestines” in Cantonese, a reference to the shape of the rice noodle when it’s rolled up and steamed (“fun” refers to its rice flour content). This dish would be different from the stuffed ones you find in HK-style dim sum restaurants. Even in Penang or Singapore, we only get this sort of preparation in the coffeeshops or marketstalls, but filled ones in dim sum restaurants. The sauces used for dim sum-style chee cheong fun are also different - lighter and more savoury.