The history of George Town, Penang, is intertwined with an ignominious time in British history vis-a-vis its American colonies and the American War of Independence.

George Town is named after King George III, the monarch who lost the American colonies; whereas the original name of Penang at its founding by Captain Francis Light of the British East India Company was Prince of Wales Island, as it was founded on the eve of the birthday of Prince George (later to be King George IV), the heir to the throne. 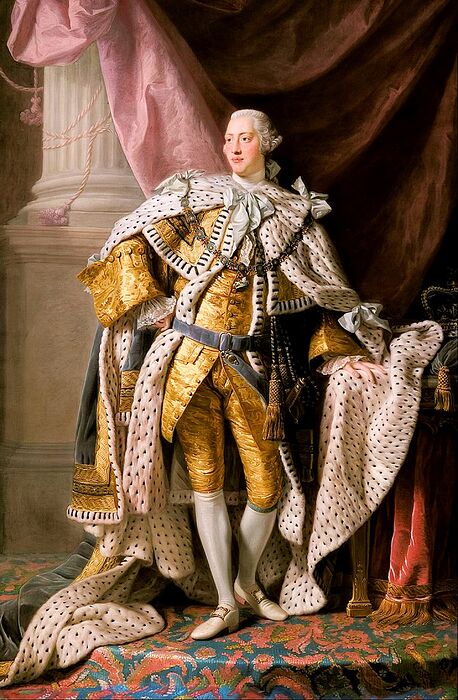 Fort Cornwallis (the largest standing fort in Malaya today, built by the British East India Company) was named after Charles Cornwallis, the 2nd Earl Cornwallis who was infamous for being the British general who surrendered his army to George Washington at Yorktown in 1781.

Today, Fort Cornwallis is usually the first stop on any “heritage trail walk” for the first-time visitor or tourist in Penang, as it’s seen as the place “where it all started”.

Breakfast in the Fort is a pleasant spot to start one’s morning, when one plans to explore the historic quarter of George Town on foot. It’s an al fresco cafe set under the shade of rainforest trees that shielded one from the harsh tropical sun. 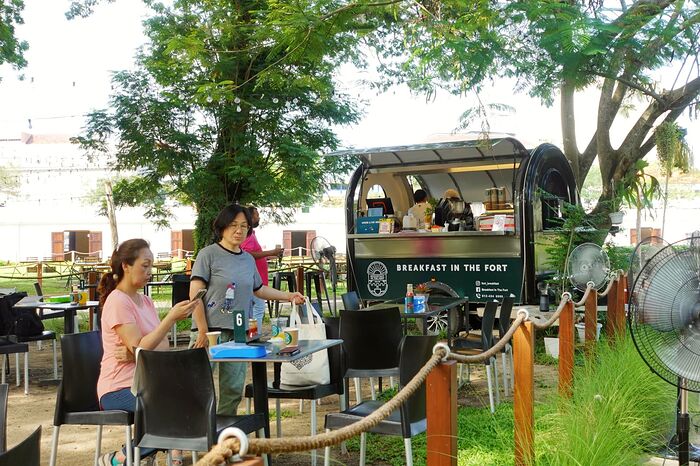 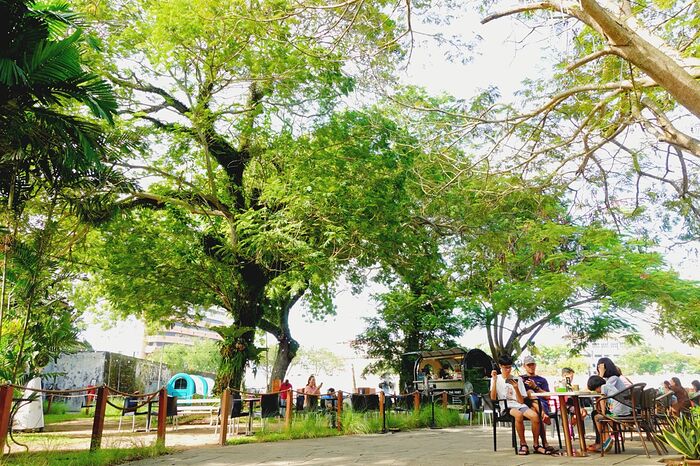 Dog-lovers abound here, as they meet for breakfast. 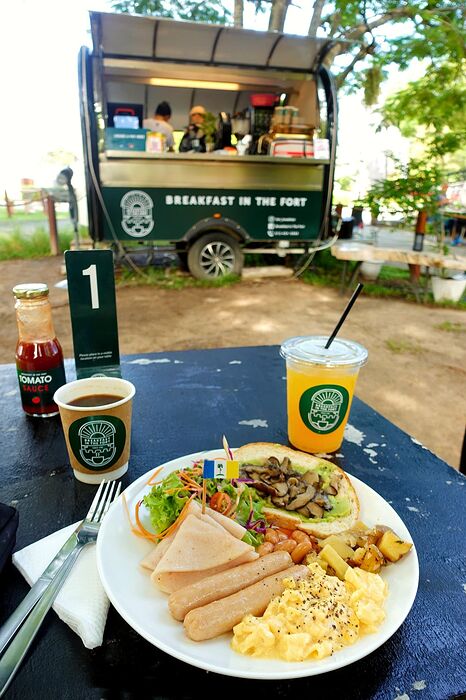 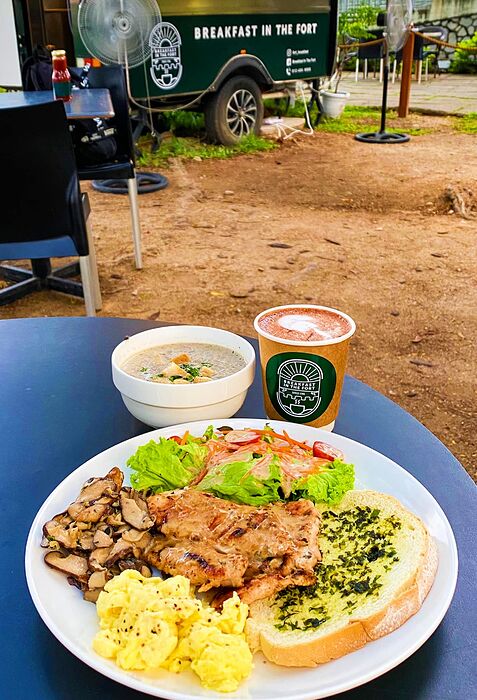 Conclusion: Come for the ambience, and to soak up the indelible sense of history that seemed to permeate everywhere.
The food here is “meh”, and I’m also not too enamoured with coffee served in paper cups. 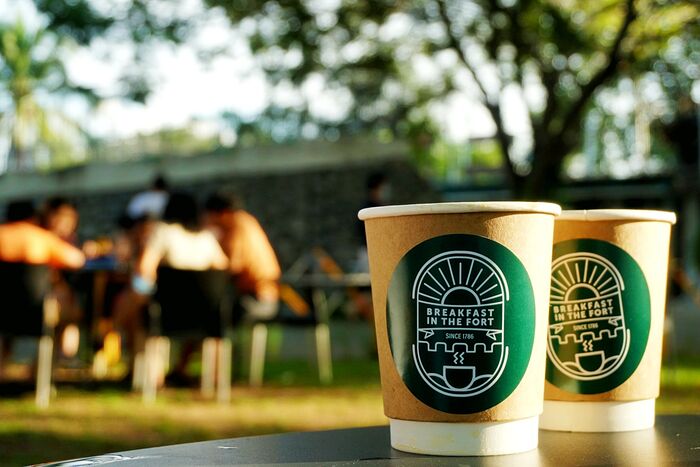 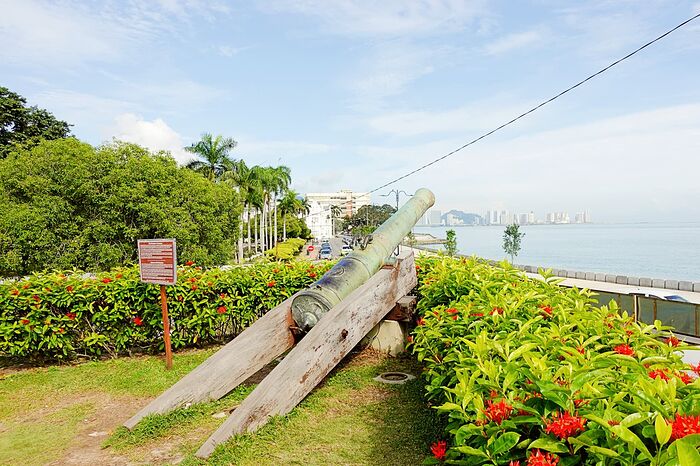 Noticed that the government buildings around the fort were all flying the Penang state flags at half-mast, as a mark of respect to the late Queen Elizabeth II who was to be buried today (Monday, 19 Sep 2022). 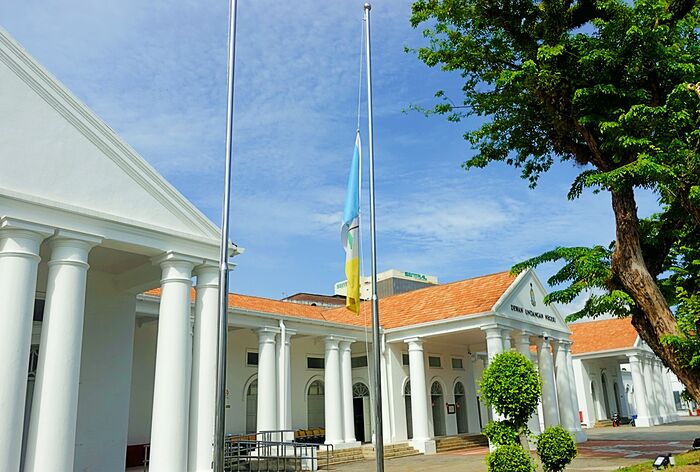 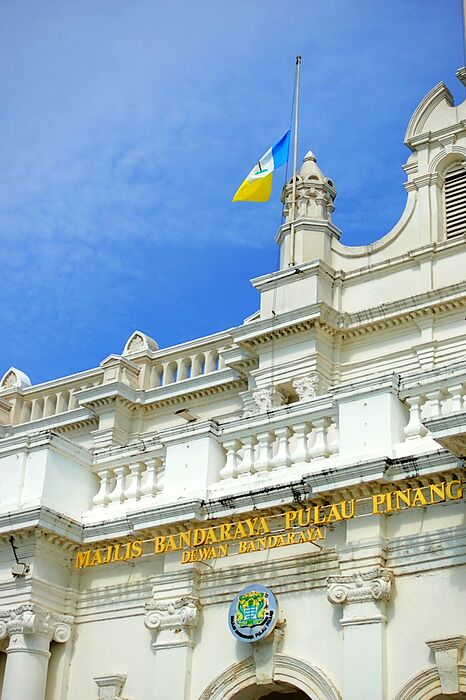 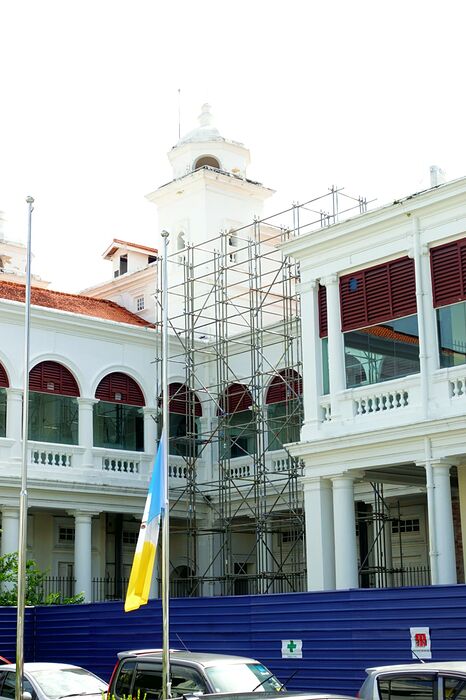 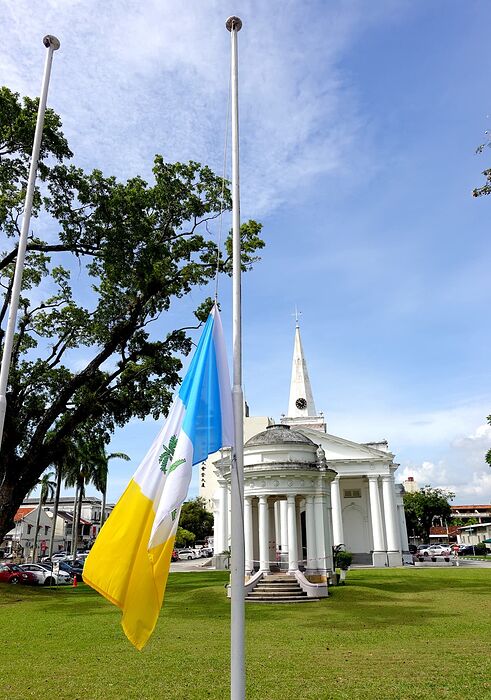 Interesting post about outdoor spaces and fairly decent food. Maybe not the finest meal you have posted about but the fort makes up for that.
As an aside to your note about the flags being at half staff there, I was visiting President Washington’s childhood home just East of Fredericksburg Virginia a couple days ago. And the flag at the home of the rebel General that led the military forces of the Colonial forces in rebellion against King George and his forces was at half staff as well. A rebellion that led to some incredibly vicious and horrific atrocities committed by both sides, particularly in the Southern campaigns.
And yet the flag at Washington’s childhood home was at half staff.
Given enough time and the right state of mind, old animosities can be forgotten.
A lesson that is more easily forgotten than old injuries.