This stall was started in 1968 and was nameless (like many traditional Chinese eateries at the time), until the original founder named it after his son’s nickname: “Ah Soon Kor” or “Older Brother Soon”.

Penang’s Hokkien prawn mee evolved from the “Spring Noodles” of Fujian, the homeland of most Chinese-Penangites, who’re of Hokkien origin. In Fujian, “spring noodles” 's stock derives its reddish hue from boiled prawn-heads/prawn roe, whereas in Penang, chilli paste is added for the reddish hue and also to provide the chilli kick which the Chinese in Penang (and Malaysia) looked for. The dish’s Hokkien origin is obvious, as the Hokkiens are the only dialect group here which combined pork and prawns for their soup stock.

Today, Ah Soon Kor’s Hokkien prawn mee is still one of the best I’d tasted in George Town. The flavoursome pork-prawn broth was light and tasty, not overly sweet like in some places which used rock sugar, nor overly “shrimpy” like the famous stalls in Ayer Itam or Presgrave Street.

The pork-ribs here are fall-off-the-bone tender, and the crisp-skinned roast pork complemented his Hokkien prawn mee perfectly, unlike the overly rich version at Presgrave Street. 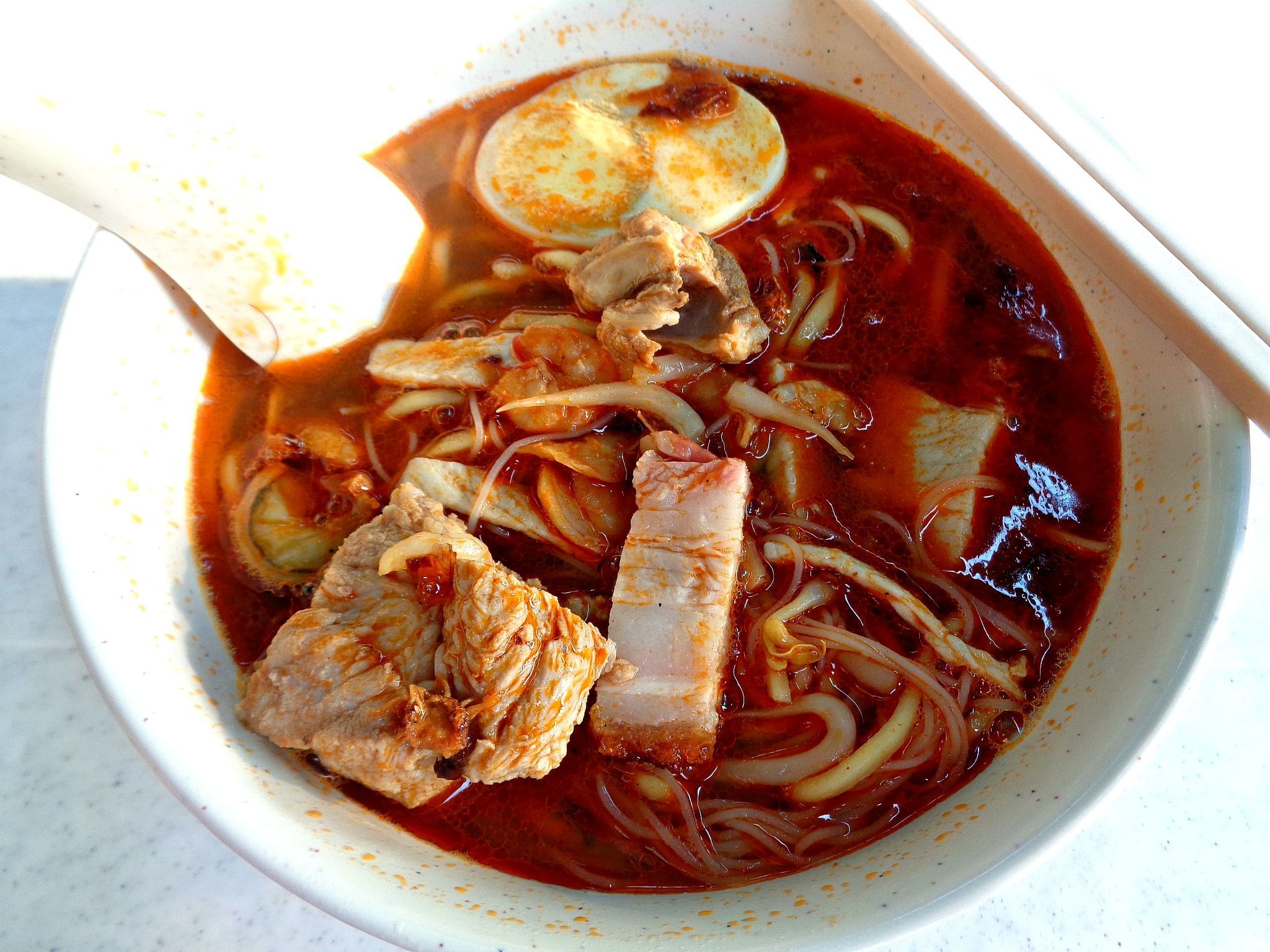 Ah Soon Kor has been operating from this Perak Road location, opposite the famous Padang Brown hawker centre, for the past year (the one who took over his old MacAlister Road location is not related to his family), but will be moving to a new location on Carnarvon Street at the end of this month - Ah Soon Kor hasn’t been able to tell me his precise new address yet, but one can call his mobile +6012-435 9933 next month to find out. I intend to 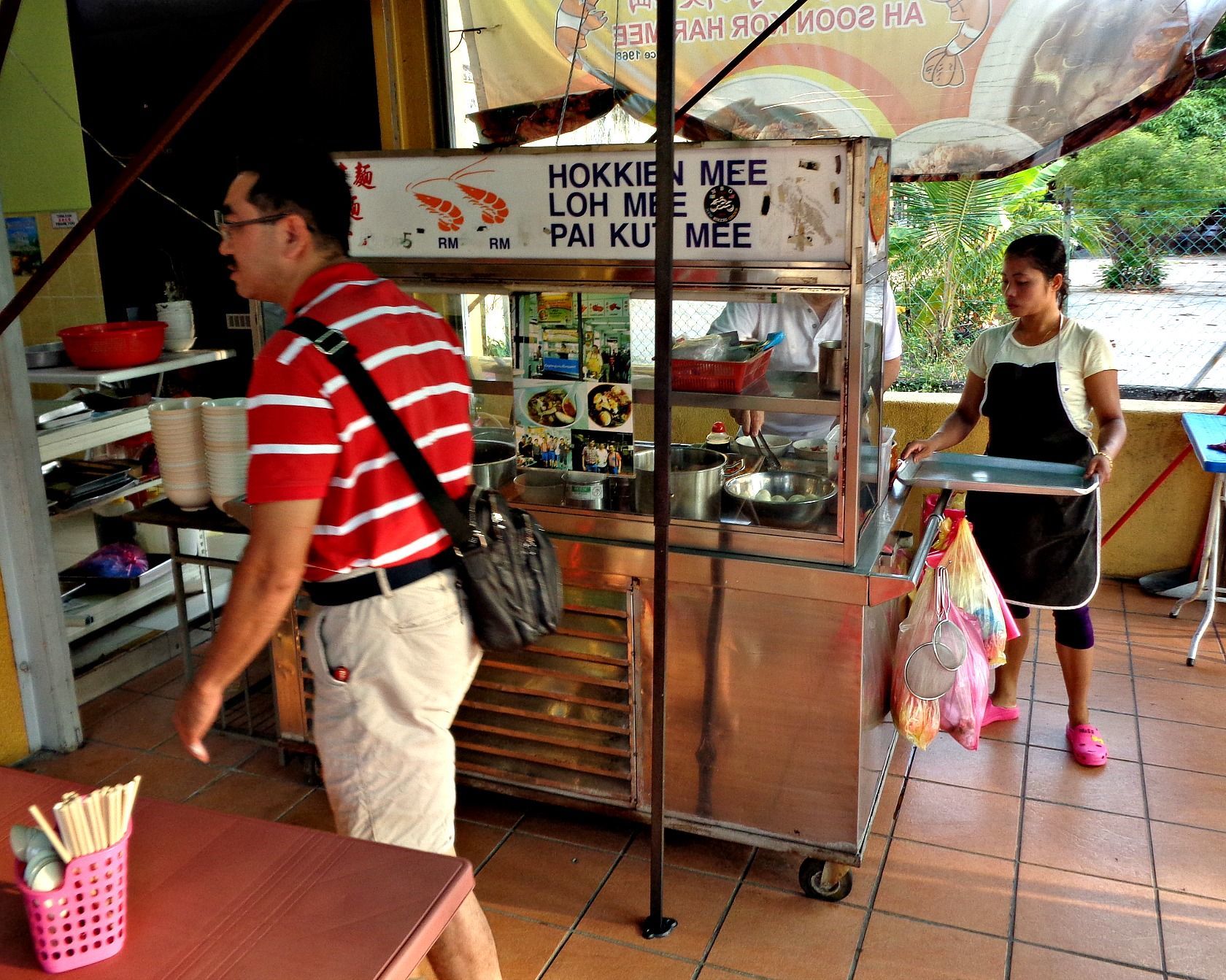 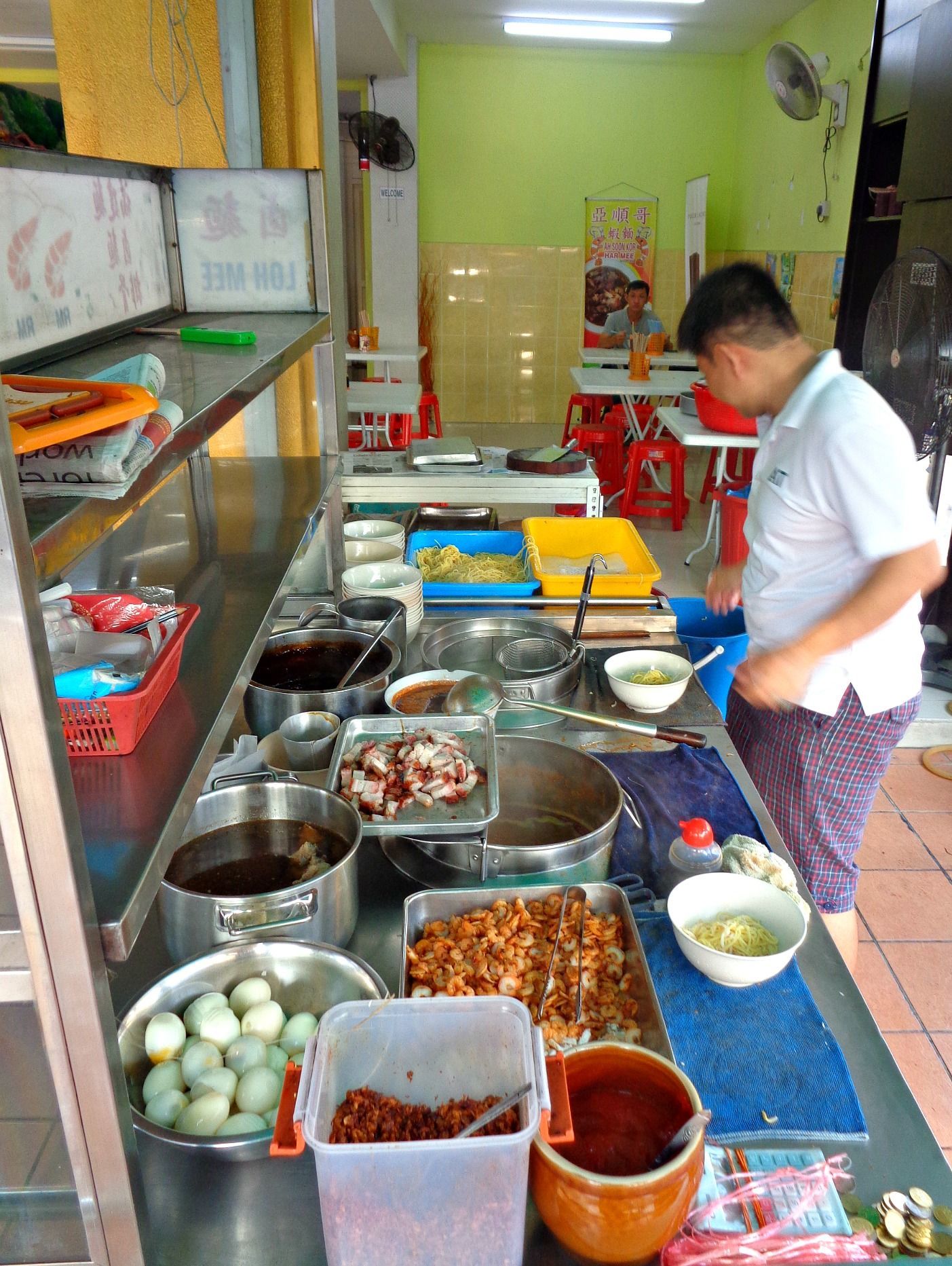 Ah Soon Kor’s Hokkien prawn mee, with small shrimps, a sliver of hard-boiled egg, pork-ribs and crisp-skinned roast pork. His rendition did not have any “kangkung” (water convolvulus), which is de rigeur in Penang-style Hokkien prawn mee. 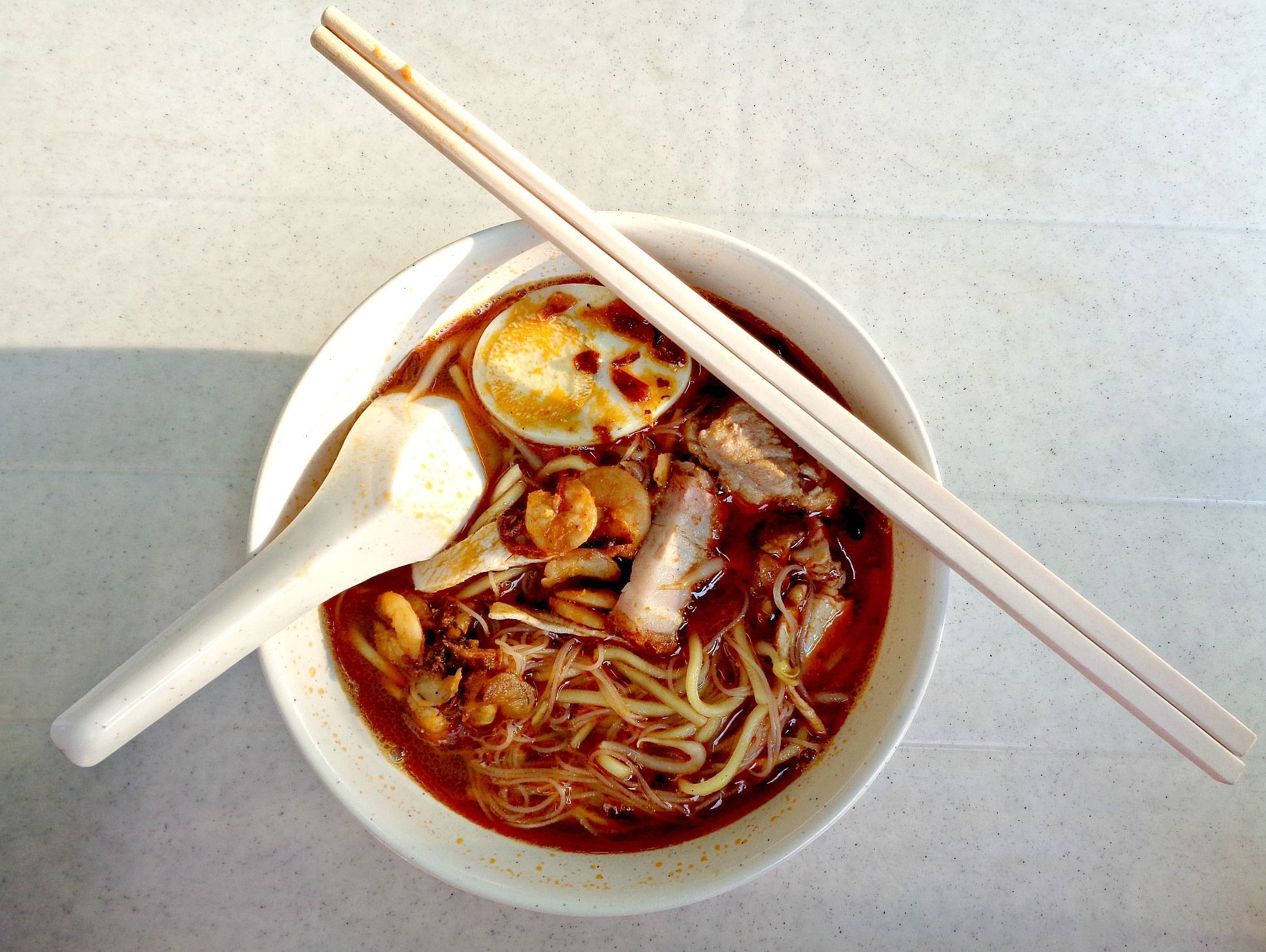