I’m not even sure why this is “news”. Do people really think they are shredding fresh cheese at each location? The fact it’s frozen is news? Not sure what to make of this story… 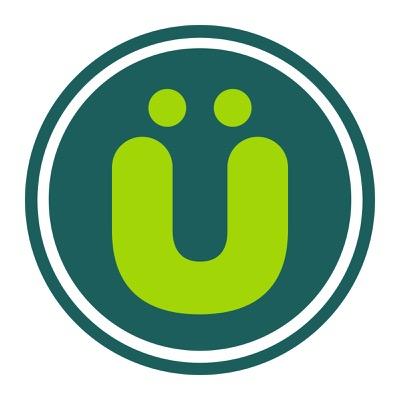 No idea why that is news either . . . did a quick search (panera mac and cheese was the first auto-fill suggestion from google - ha) seems like it isn’t the video itself that caused her firing.

People must be bored or needing something mindless to get excited about given the world right now . . .

The employee later reiterated on Twitter that this was not a case of wrongful termination and her firing was “completely justified.” The employee wrote in part, “Having such long nails and my phone out is a risk to food safety and health regulations.”

I think a lot of people have no idea that a restaurant kitchen operates differently than a home kitchen. They seem to think there is a crew whipping up their entire order from scratch. Then doing it for the next person. This is evident in the craziness of their expectations for substitutions. “Yes, I’d like the baked lasagna but please use zucchini noodles instead of the pasta…”

People are unfamiliar with the concept of frozen mac & cheese? Is Stouffer’s less common than I think?

What @Thimes said. Phones are bacteria farms. I don’t even want to think about those nails.

Oh, good reminder. Should wash my phone more often since it is always on my dining table.

Very very true. I’ve always said the public should be forced to work in the restaurant / retail business as part of the education process. People really have NO clue how stupid they are until they try serving their ignorant selves. (did I type that out loud?)

Oh, good reminder. Should wash my phone more often since it is always on my dining table.

The alcohol wipes sold for cleaning eyeglasses are easy. I worry less at home since there are so many vectors for bacteria transfer within a family. You just can’t get them all. In fact, you probably shouldn’t since that seems to reduce immunities. In a commercial kitchen most health departments ban phones AFAIK.

Agreed. Many years ago, I waitressed. The two most valuable lessons were that I learned to work as part of a team and deal with ever-changing demands.

Also I got ample practice preparing giant tubs of coleslaw, which obviously has limited applicability.

They seem to think there is a crew whipping up their entire order from scratch.

When it happens, and people grumbles about the costs of the meal.
In France, they passed a law that cooking restaurants can have a ‘fait maison’ special label at their door.

In the states an every day sort of restaurant often puts a warning on the menu when an item is cooked to order - letting the diner know that this item takes “x” amount of time to prepare!

Not the same thing at all. A restaurant may par cook things and hold for finishing later. That would still count as made in-house, because it is. That’s entirely different from opening a Sysco bag and shoving the contents into a microwave, fryer, or boiler (a la Panera)

Never said it was.

It always seemed like an eternity when I was a kid when we’d order fried chicken and the menus had that gentle warning.
Now I understand why adults didn’t care - they were ordering drinks.
Getting a coke, I remember the anguish of not finishing it before the chicken finally came out fresh from the frying pan.

Slow news day. Can’t say I’m surprised given how awful the food is at Panera.

not to zombie an old thread- but I just discovered these categories so forgive me please…
I think the issue here is that Panera tries to project an image of restaurant quality food and higher end for fast casual and stuff like this bursts that bubble.
When Panera first started appearing the food tasted much better, I even remember they made pretty decent pizzas at one time and it felt morel like a local bistro (I know its fast casual but please allow me this point). Once they became a victim of their success and things like private equity $$$ start rolling in they look to lessen costs, which means food prepped in a commissary and shipped frozen, etc. Thus the downfall of Panera’s upscale feel but most likely increased bottom line. To me now all the food tastes the same, processed and bland with a bunch of fails at incorporating upscale sounding elements where they don’t belong. They don’t even hide it at my local spot when you order soup, they just cut open the bag of soup and dump it in the bowl in front of you.
JR- I assume the same Panera services us both. It’s the worst run Panera I’ve been to more than once. Workers are uninterested, orders from the app constantly wrong. I lost count of the number of times I was given expired cream cheese- like literally over two dozen, once 5 times in a row. I should write corporate at this point, but who would think it’d make a difference.
At this point I really only utilize them personally when we travel, it usually signals a somewhat upscale neighborhood with a clean bathroom and inoffensive food in an unfamiliar place.

DnD suffered the same fate to some extent. I remember going there with my Mom when I was really little as they were in the same plaza at the Pathmark we’d shop in. I could get a fresh donut, a chicken noddle soup and a tuna on a croissant that all tasted like it was real food at one point and from this earth. The blueberry muffins toasted with butter were great too. Now it’s all microwaved Sysco stuff and the donuts taste like plastic. same deal- increased the bottom line to investors at the cost of the quality. Now that theres one every other gas station you see only makes it worse.

Rt. 35 in Shrewsbury, yep! What irks me most about the place is it use to be my FAVORITE breakfast place when it was the Shrewsbury Family Restaurant. God I miss that place!!

Yeah, I can’t stand the Panera brand and will try to avoid them at all costs. Speaking about expired cream cheese (since we are telling tails) I had particularly gross experience there. I ordered an iced coffee, however I do not like their actual iced coffee, instead I request a coffee cup of ice and go pour/pump their hazelnut flavored hot coffee in the cup. I paid, they went and filled my cup with ice handed it to me and as I looked at it looked odd. Upon closer inspection the ice cubes had mold frozen in them. Then entire cup was filled with moldy ice, I have NEVER seen this before in my life. I have no idea how badly you must neglect your ice machine to have it so moldy the mold get’s encapsulated by the ice. (to use a phrase beloved by our old friend Viking) Ewwwwwwwwwww!!!

Needless to say I will NEVER order a cold drink there again.

And there you have it. I used to think that both Panera and Dunkin were decent enough places for a bite or a coffee but those days are gone for me.

It’s quite amazingly difficult (impossible?) to get good french/italian style breads 50 miles from the coast in NoCal. When I either forget to buy bread for the country or choose not to make our own, we have occasionally stopped at Panera in Lodi for a batard. Now even this quisi bakery-bread sucks. And isn’t cheap!

Agreed. At one point there was some quality here. Now forget about it