A new restaurant opened a couple of weeks ago in Palo Alto. They must have signed the least just before SIP as this is such an uncertain times to open any eating spots.

But here they are, The Port of Peri Peri is part of the larger Peri Peri chain that originated from Chicago. I first learned about their opening when they had somebody handing out flyers at the Cal Ave Farmer’s Market. They already had a couple of locations in California, including one in the Bay Area in Fremont.

Peri Peri serves Nando’s style chicken, I was told. Nando’s is a South African fast food chain that operates mostly around DC and Chicago in the US. I have never had Nando’s or the Peri Peri sauce before. Their chicken is flame grilled with the sauce made with the African peri peri pepper slathered on top.

Chicken was succulent. Better chicken than the typical factory farmed one with loads of dry meat. I’d get it again. 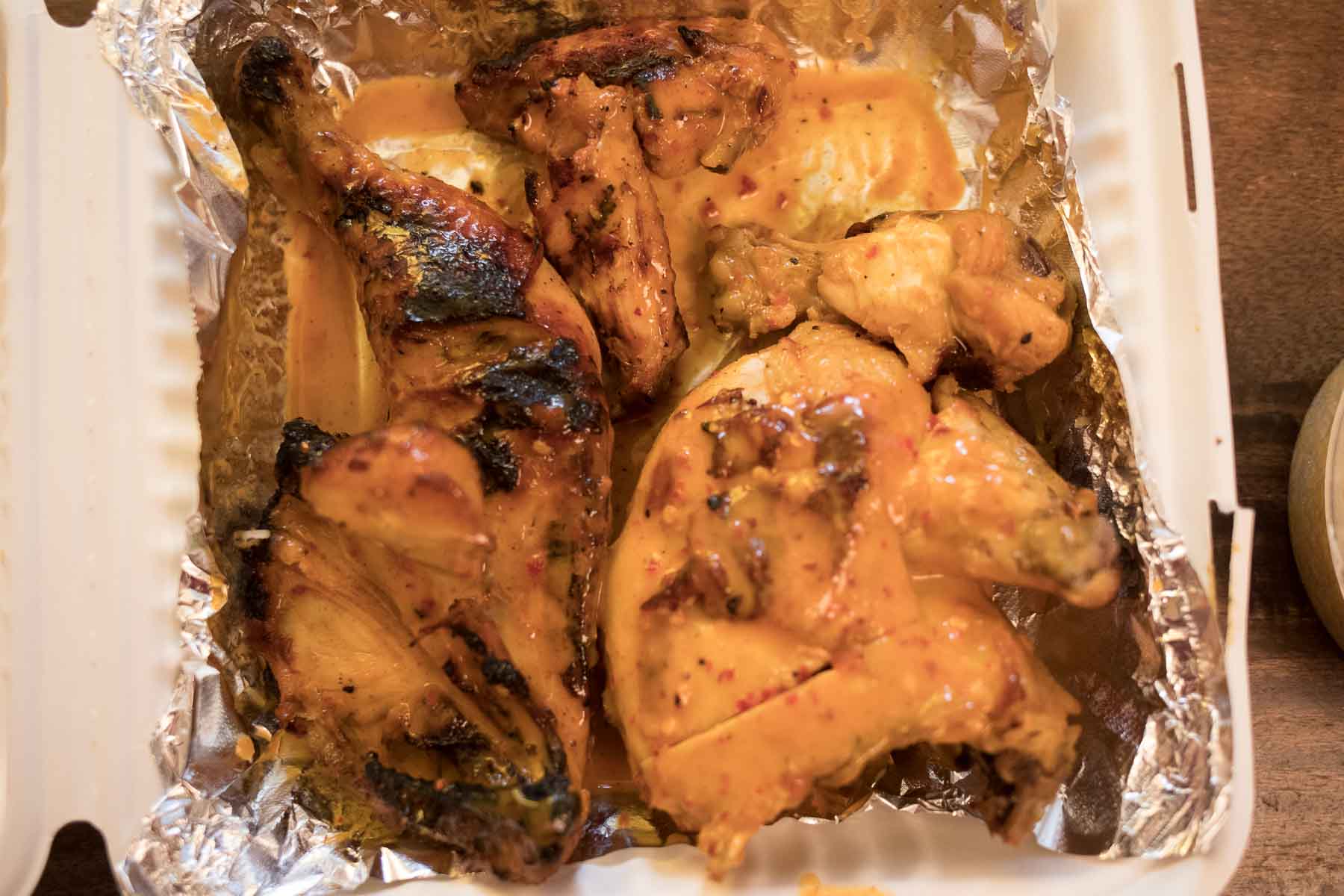 Also got a couple of natas. Natas were decent. Though they probably have been sitting too long since the crust was soggy. More sweet than the Macanese version. 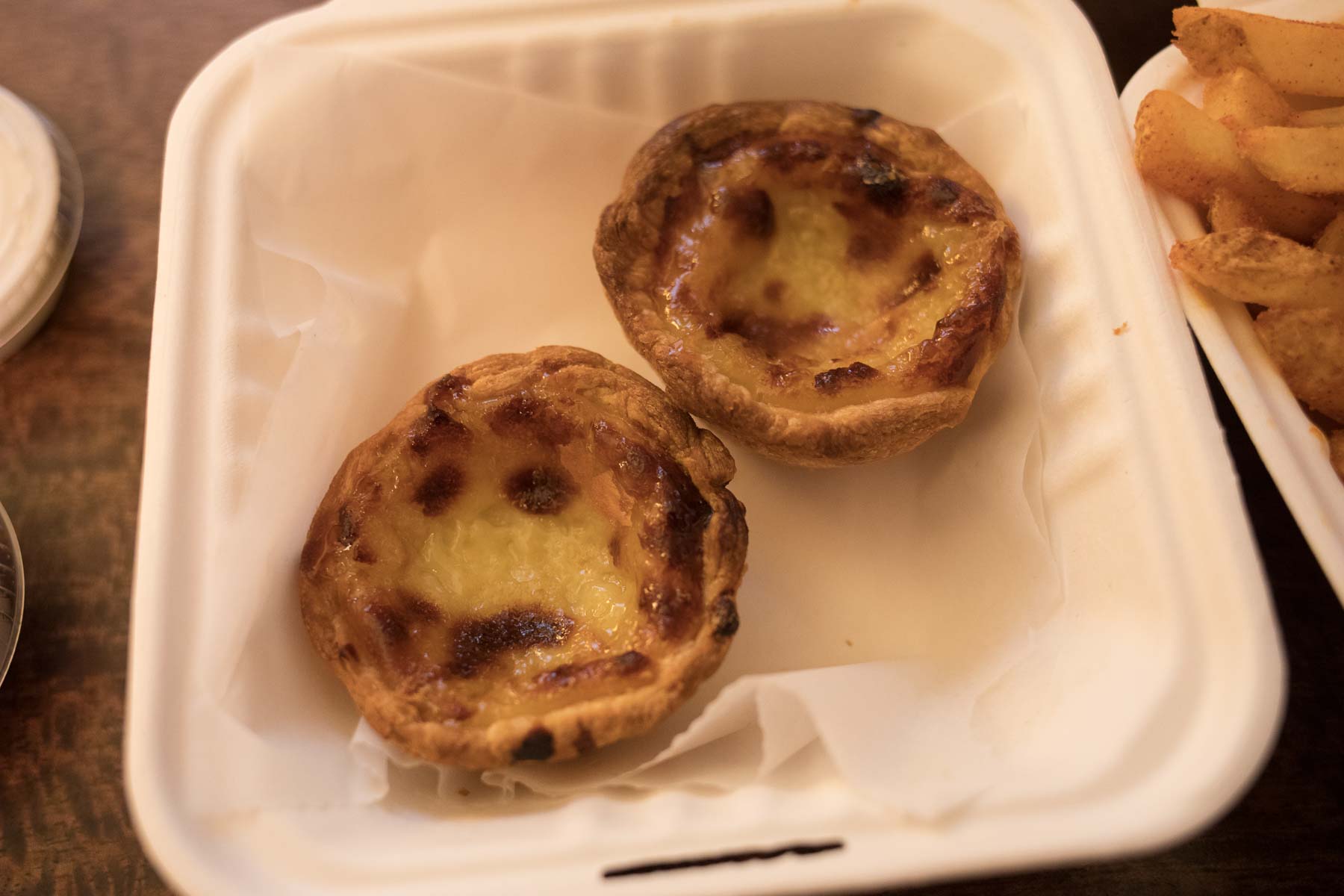 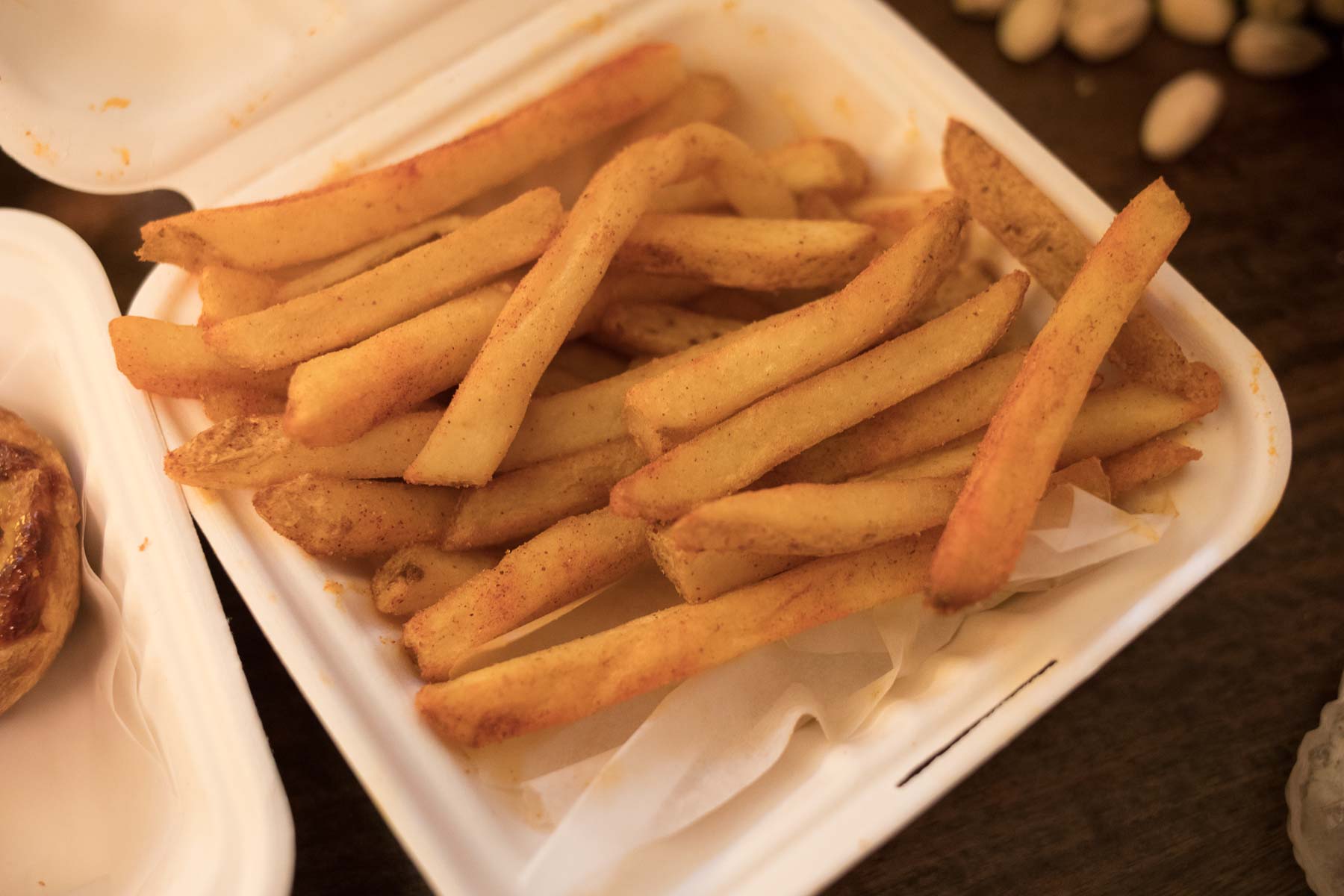 Additional sauces. Although for me just the default peri peri sauce is sufficient. 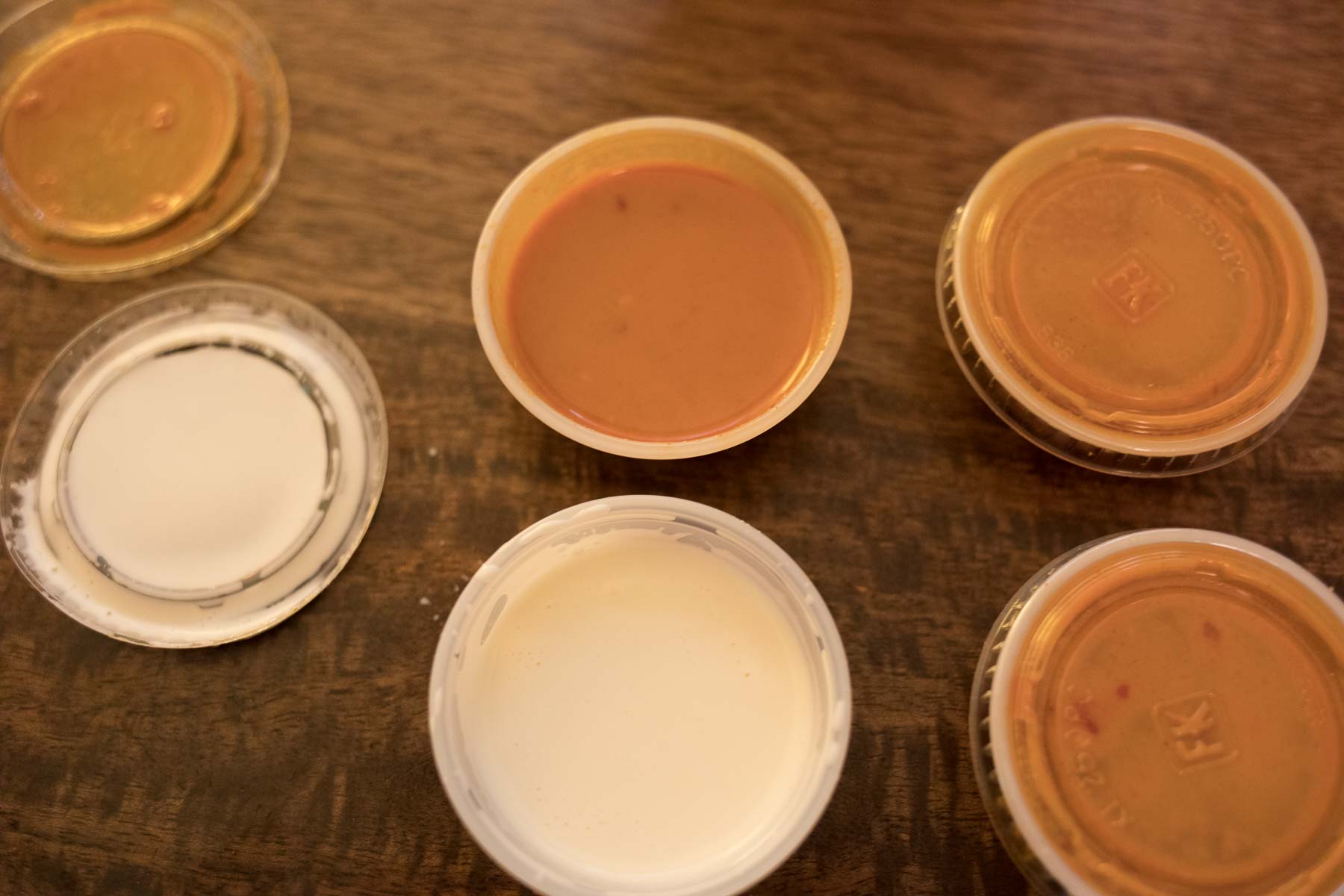 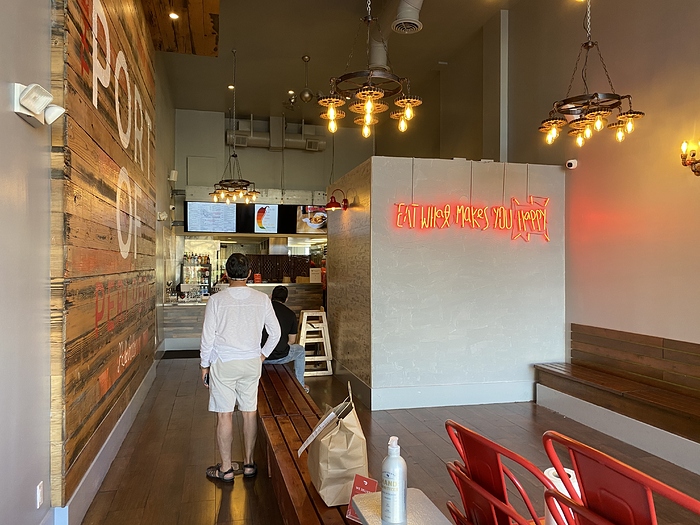 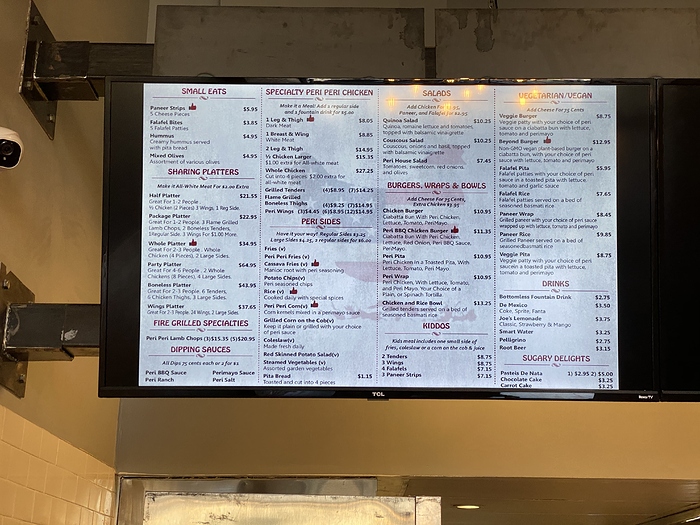 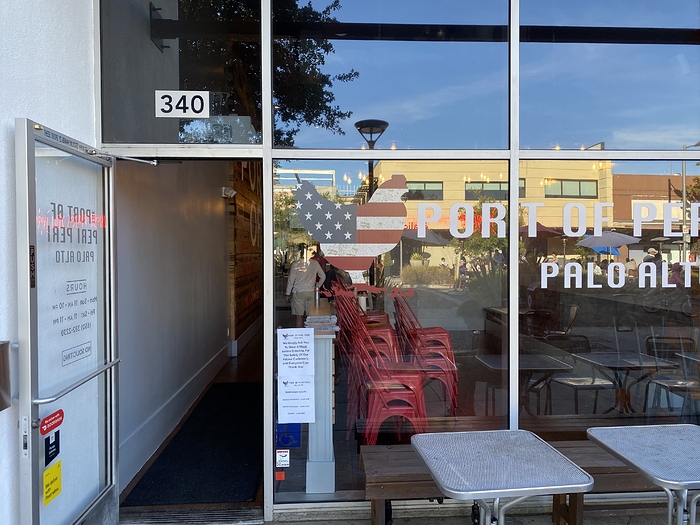 I liked the food at the Fremont branch–it’s too bad that it’s a 20-minute drive for me. This as close as we can get to Nando’s here, now that the piri-piri chicken place in the Mission has closed. (Though you can buy bottles of Nando’s sauce online and in some local stores like World Market.) I sure wish we had Nando’s out here!

Since I discovered Peri Peri, I’ve always considered it a special condiment.

Interesting. I thought it was a Portuguese chain as we saw some locations back a few years ago in Lisbon when we visited. Piri-piri Chicken is very popular there and its origins are from Mozambique.

One could argue that it’s the other way around. Piri-piri peppers were introduced into southern Africa by the Portuguese, who were the first Europeans in that part of Africa. Mozambique was also a Portuguese colony until the 1970s.

I would say that Nando’s is a worldwide chain originating in south africa, and very popular across the british empire, especially in england but also australia, known for tasty sit down food at reasonable prices.

Brand-wise, it’s like if Denny’s actually had tasty food.

“Cheeky Nando’s” is a meme, although the meaning is somewhat lost on me.

Given the extraordinary popularity of peri peri chicken worldwide, it seems odd we don’t have much… welcome to Port of Peri Peri!

“Cheeky Nando’s” is a meme, although the meaning is somewhat lost on me.

Look up some SA Nando’s commercials, and you’ll get the idea. They’re very well known in SA.

When I went to one of the DC Nando’s in 2018, I bought a Pride-themed T-shirt, with a rainbow Nando’s logo on the front and “Don’t swallow your pride” on the back.

This as close as we can get to Nando’s here, now that the piri-piri chicken place in the Mission has closed.

That guy’s original restaurant (Uma Casa) serves piri-piri chicken as an entree, although it’s probably fancier and more expensive there. Seems to still be on their takeout menu. Looks like the recipe for it is here.

Apparently Spinnerie has it as well? I’ve never been.