Everyone once in a while I got some bad meals. Cheap bad meals are disappointing, but I can live with them. But overpriced bad meals are just infuriating, particularly those associated with famous chefs.

The burger and fries plus the meandering hair $18/ $0. 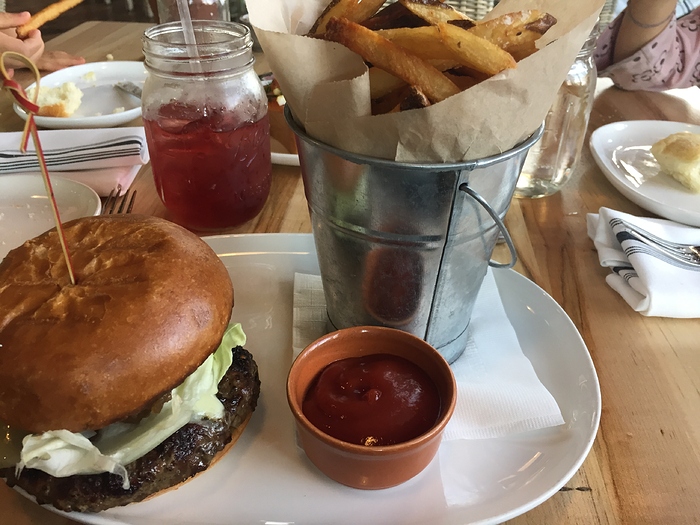 The dish arrived. We ate some fries that were soggy. I noticed a hair poking out from the pile of the caramelized onion. Hairs generally don’t deter me. And usually I just pick it out from a dish and move on. But this hair was truly special. I started pulling the hair out from the onions. Its completely tangled with the pile. I pulled, and I pulled, its a really long hair and its coming out from an assortment of angles. About a feet later, the hair snapped. I could still see the other end sticking out from the onions.

The dish went back to the kitchen. I didn’t want another one.

The toast that was barely toasted. $16 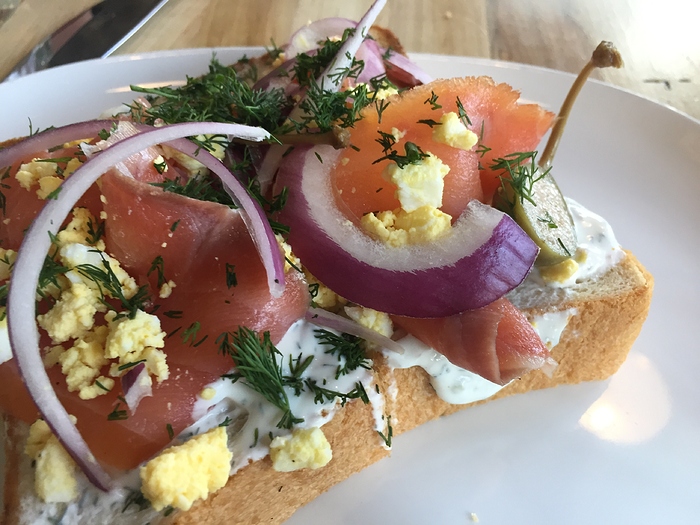 I guess the stuff on top of the toast was okay. But why was the bread barely brown with the texture of regular white bread? That’s smoked salmon on white bread, not toast.

The smoked ham quiche that was a little tired $16 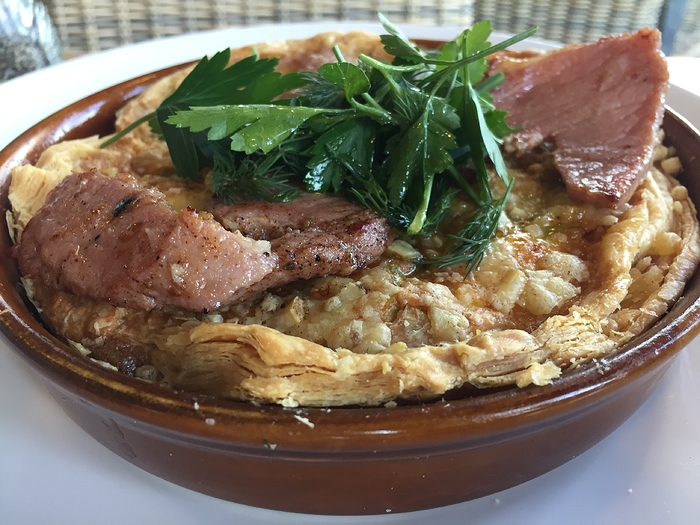 The outer pastry had a few layers and was a little crispy, but felt like it mustered up as much enthusiasm as a teenager waking up for school in the morning to barely crisp up. I thought the smoked ham would be in the quiche but it was actually a few slices that were lying randomly on top of the quiche like corpses on a sidewalk.

The house bread that was sitting in a planter. 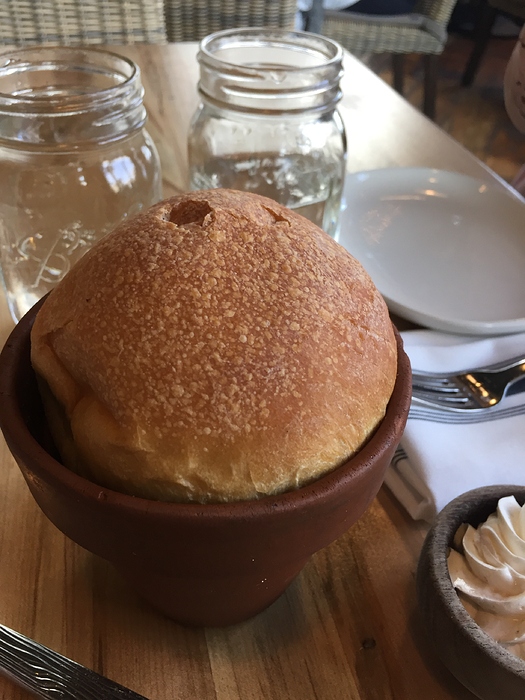 Yes, it really was a planter, which would be more okay if the bread was any good. Its not. The butter was questionable in taste as well- not sure if its butter.

The bill that came in a torn book. 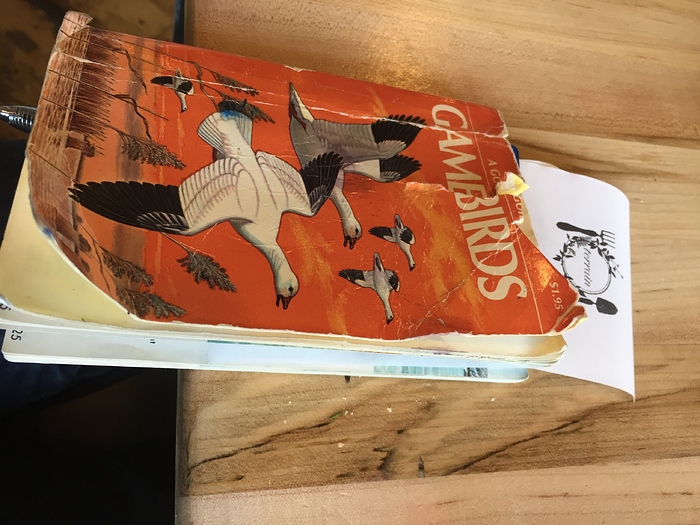 Perhaps it was intended to convey some sort of Anthropologie design ethos (the cafe is located inside Anthropologie), but a ripped book looked just sad.

The service was good. The environment was nice. But the food was regretful to say the least. Perhaps the James Beard Award winner Marc Vetri intended it to be different, but the execution was sorely lacking. If you shop at Stanford Mall, you can eat better and pay less at the nearby chains Tender Greens and Chipotle. I suppose there is a reason why reservations were hard to come by initially and plentiful now. 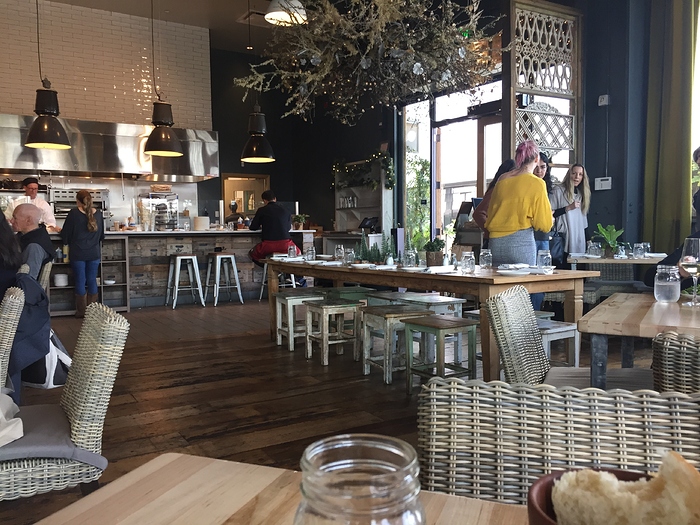 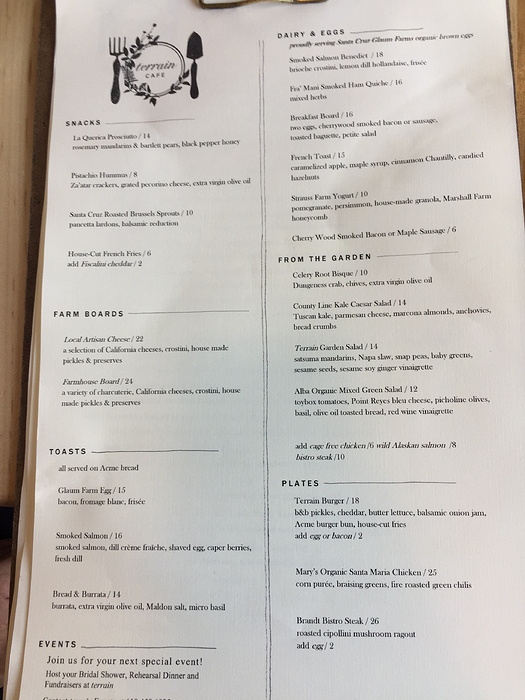 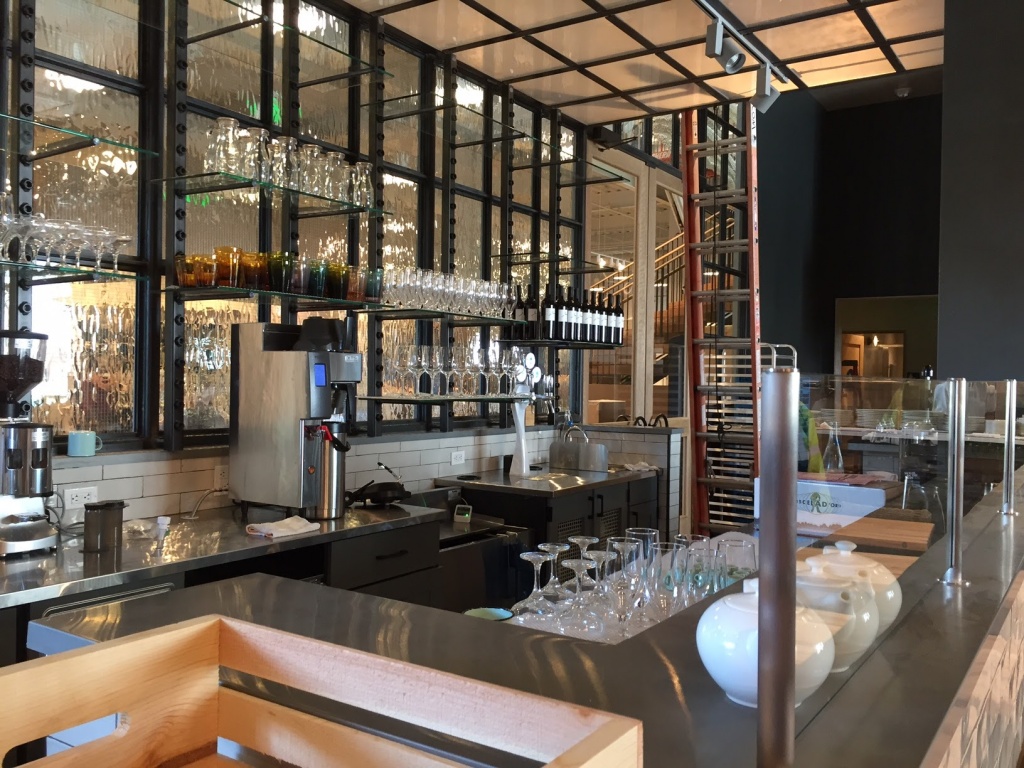 Philadelphia-based chef Marc Vetri made national headlines in 2015 for selling his Vetri family restaurant group to Urban Outfitters, will venture into the West Coast food scene for the first time …

Well, that’s too bad. I’ve eaten at the PA Terrain (I think that was the first one) a number of times and the food’s been very fine. I agree that the bread served in the flowerpot is both too precious and also not great bread, but the rest of my meals have always been fine. It is overpriced, though.

PA= Palo Alto or Philadelphia? I wonder how often the chef shows up in the West Coast, after the initial opening.

If one trusts the Yelp rating, it seems that it fluctuates over time. 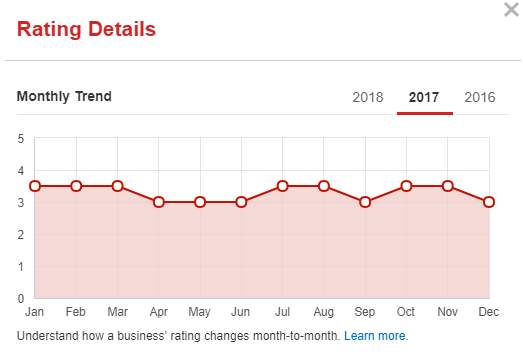 PA = Pennsylvania, Glen Mills to be precise. It’s not in Philadelphia.