Its a Monday lunch and we were looking for a place that served pies and noodles at the same time to please a birthday girl whose favorite foods were, pies and noodles. Going through my mental list of closeby pie places- Napoletana Pizzeria was closed on Mondays. So was Vesta. Not a fan of Terun and Doppio Zero. Howie’s were a salt-bomb. So we decided to go try the newish Vina Enoteca at the Stanford Barn, across the street from the Stanford Mall, and next to Tootsie’s.

Server recommended the Margherita amongst the pies. We picked the Lumache with housemade fennel sausage as our first course to share.

The Margherita- the San Marzano tomato sauce was quite acidic. The pie was off balance as a result. Crust was ok but overall the Margherita at Napoletana is superior. 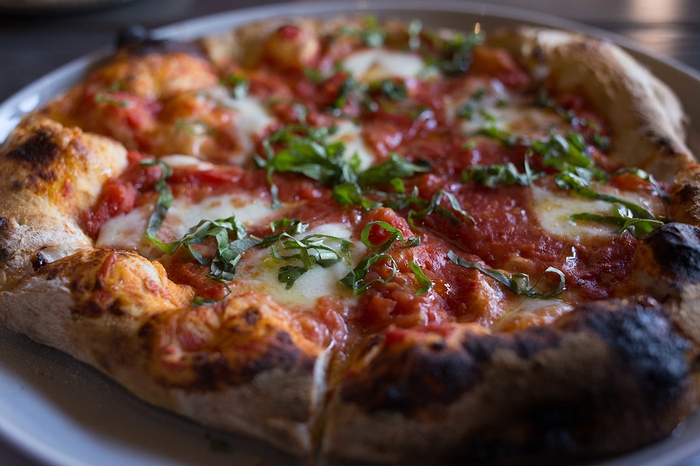 The lumache with brussels sprouts, caramelized cabbage and fennel sausage. Very faint fennel taste from the sausage. The sauce was somewhat sulfurous from the sprouts and cabbage. Would have much preferred if there was a much stronger fennel contribution. 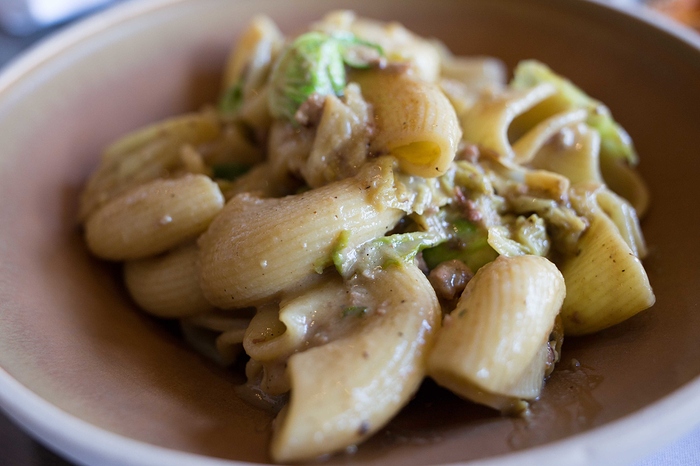 The two food-related highlights of the meal were the Lurisia chinotto soda (not housemade) and the house baked bread. The dining room was very comfortable, spacious, and airy. The service was more formal and way better than an average meal of $40 for 2 adults before tax, and welcoming of little kids. Even though the food we tried was of ‘Palo Alto’ quality (which is to say the restaurant looks nicer than the food, and the food falls short of SF), we enjoyed our meal, the service and the relaxing and uncrowded space. Vina Enoteca is now a choice for us if we don’t want to sit 1 ft away from the next table and deal with parking on University and Stanford Mall. We’ll probably be back at some point to try their other offerings. 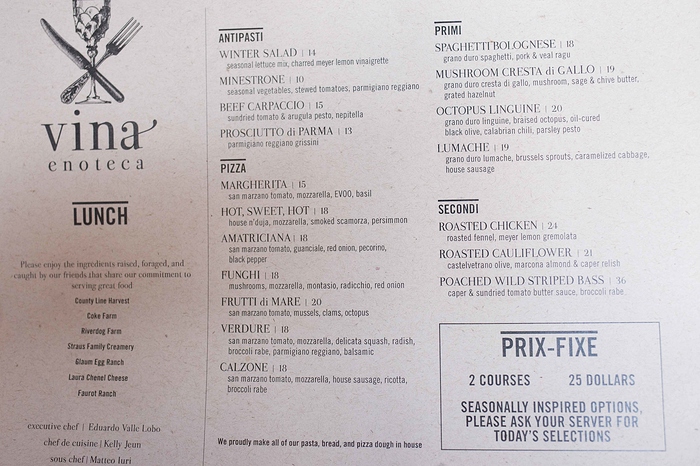 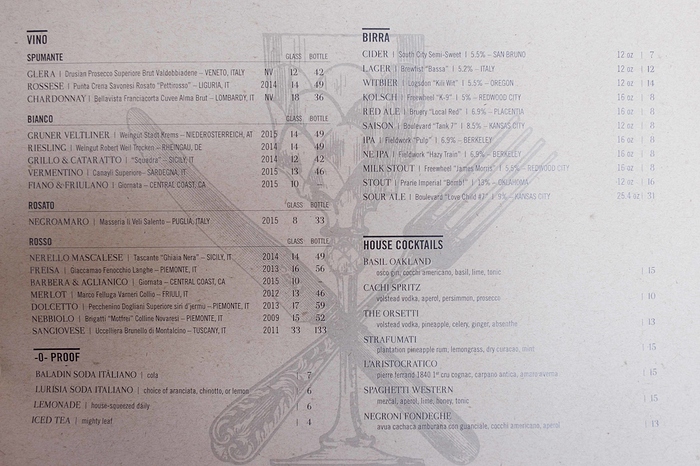 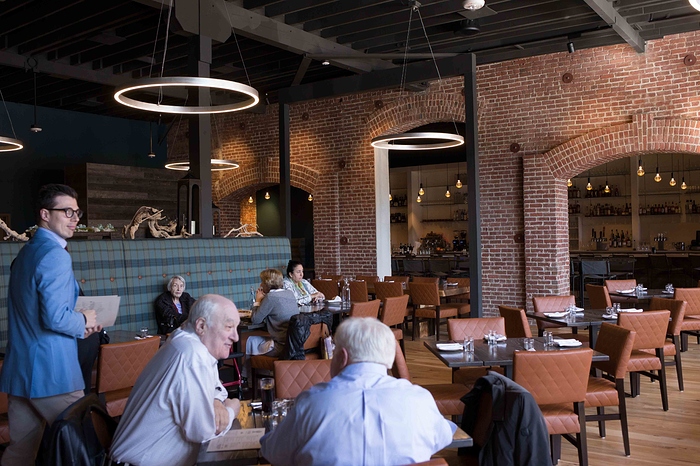