No, not Georgia the Southern state, but Georgia the country that sits next to the Black Sea that had had a territorial dispute with Russia over South Ossetia. I was originally curious about Bevri when news first broke that they were opening, because Palo Alto, especially around University Ave, normally has fairly safe eateries, and isn’t normally the place to find less common eats. It’s a first to find Georgian cuisine in the SF Bay Area, and one that doesn’t seem to be dumbed down with a bunch of dishes familiar to the masses (at least for now).

Overall the meal was satisfying, and combined elements of food from the Mediterranean, Eastern European and Arabic. Menu full of Georgian specialties. The restaurant seemed to attract lots of Eastern Europeans who seem to be speaking Russian? Very reasonable prices given the proximity to University Avenue. Great addition to the Palo Alto dining scene that added some much needed diversity and authenticity. Will be back for sure. I think I want to try the ajapsandali, lobio, salad, and maybe the lamb ribs/ chicken tapaka next.

Khachapuri Adjaruli- Georgia’s national dish. The dough was made into a boat shape (see Bevri’s logo) and topped with a raw egg and a dollop of butter with sulguni cheese underneath. Torn off chunks of the bread, and dunked into the cheesy/ eggy mixture in the middle. Savory and decadent. 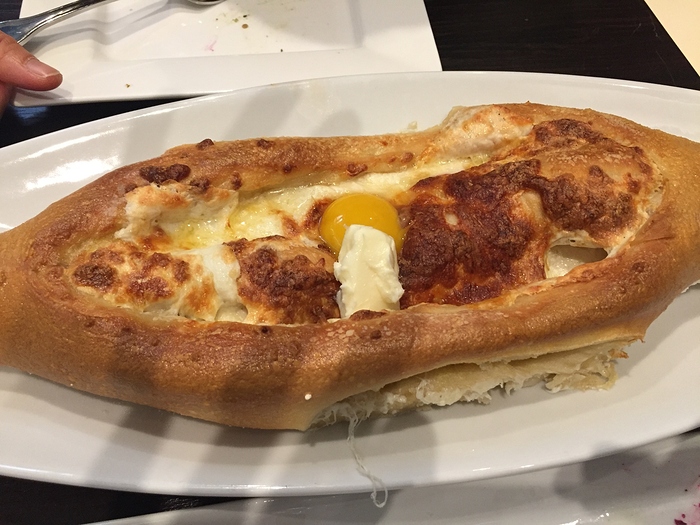 Pkhali- eggplant, spinach, beets, walnut. Tasty. Chopped walnuts mixed with pureed beets and spinachs, to create an aromatic and delicious appetizer. Slices of eggplants were in the middle but I think the eggplants were minced into the mixture too. Came with bread. 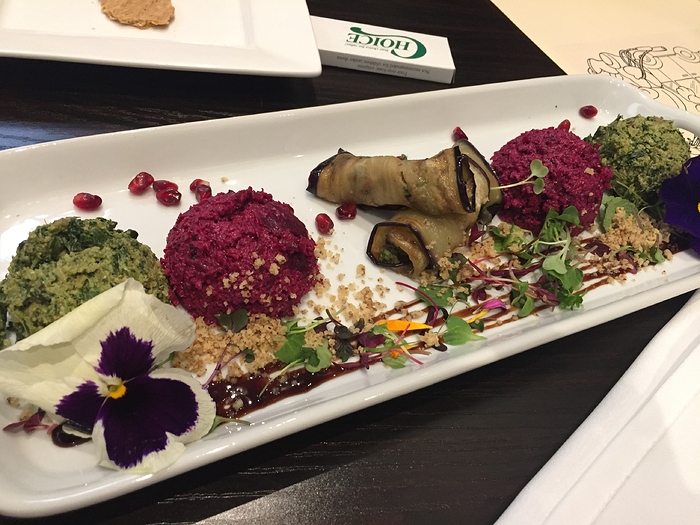 Pork and beef khinkali. Grabbed the top knot, bit a hole, and drank the broth. The meatball tasted slightly herbal. The dish was decent. I don’t eat Central Asian style dumplings often, so I can’t say whether this was a good version or not. I will have to state my preference for Jiangnan tangbaos. But that’s just me. 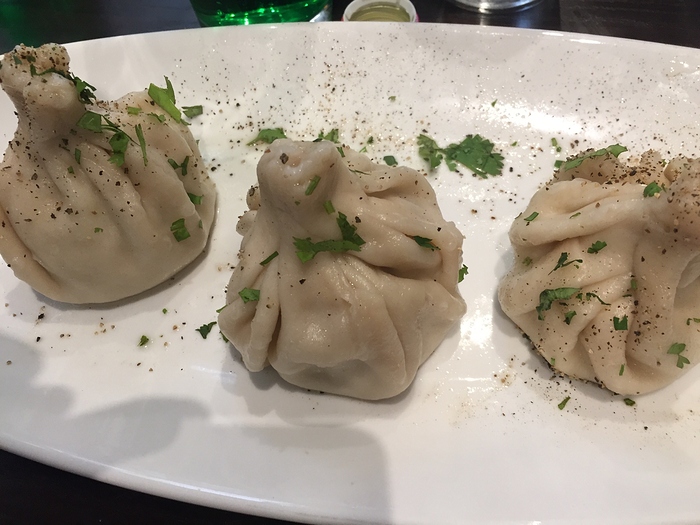 Kharcho with beef- A hearty soup. Simmered beef cooked in a tomato broth with a blend of spices and herbs plus onions, walnuts and rice with coriander as garnish. Delicious. An online search suggests that the soup uses khmeli suneli- the Georgian spice blend such as coriander, dill, basil, bay leaf, marjoram, blue fenugreek, parsley, safflower or saffron, black pepper, celery, thyme, hyssop, mint, and hot pepper. I don’t know how many of these were used in the soup but the flavors were complex and comforting. 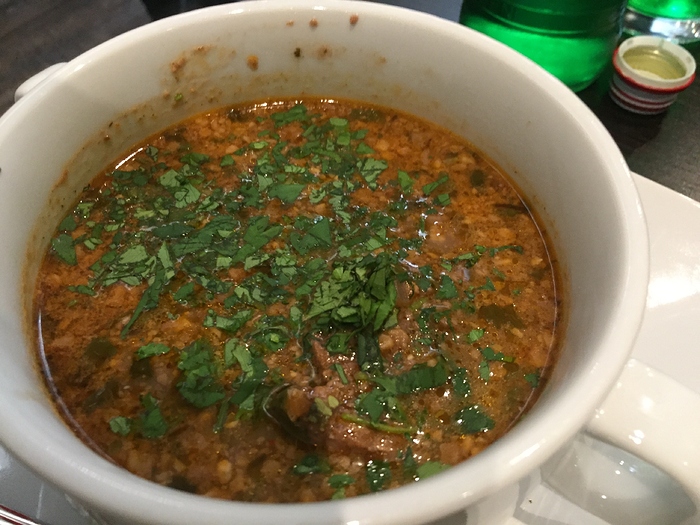 Chicken shashlik/ mtsvadi with baked potato. Very succulent and juicy pieces of chicken marinated just right and came with lavash and onions. This kitchen can grill. 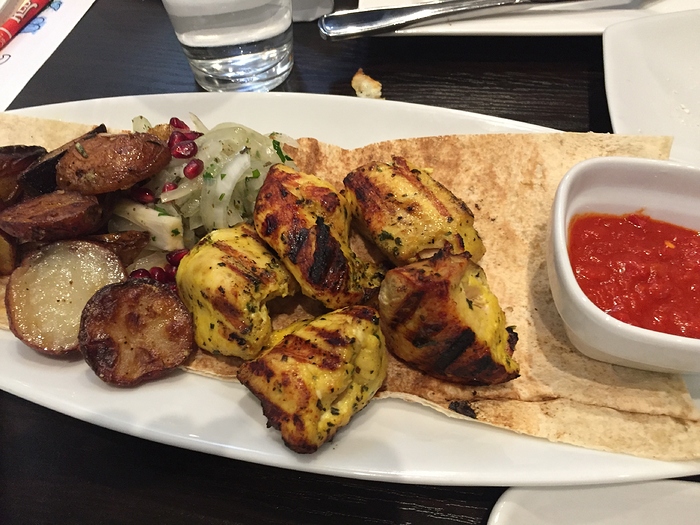 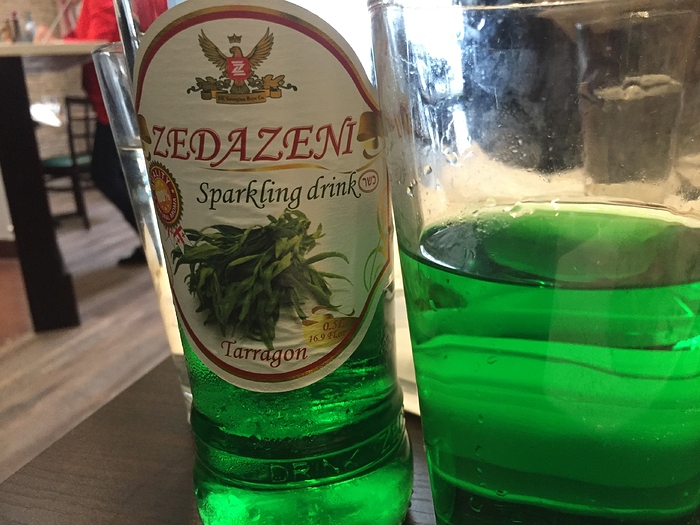 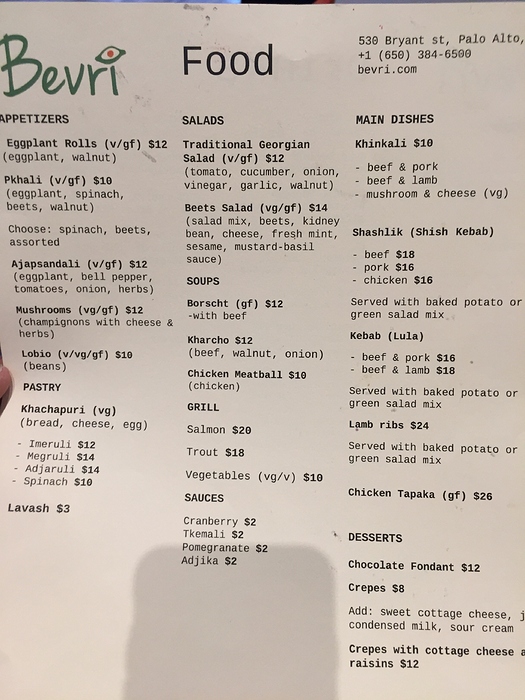 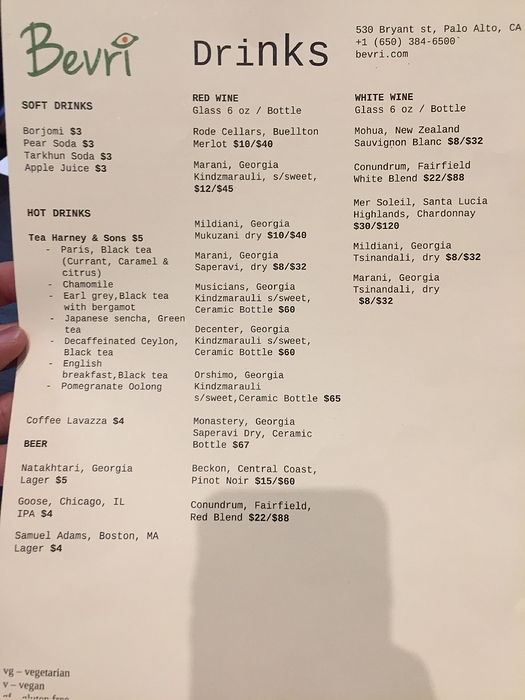 Unknown salad placed on our table before they realized its not ours: 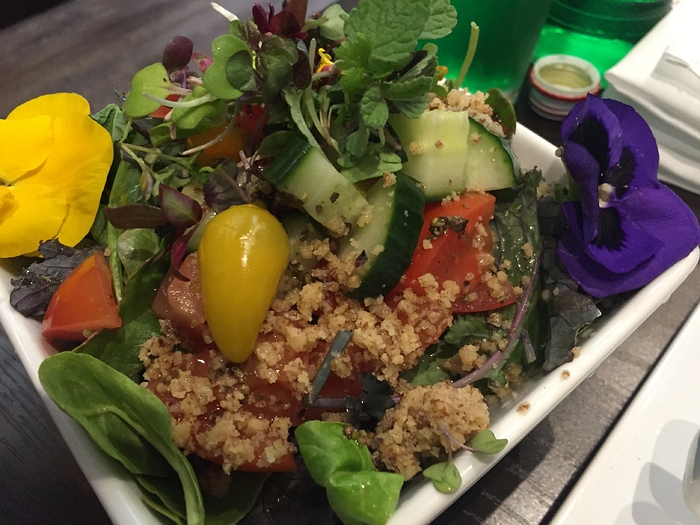 Open kitchen with the chef at work: 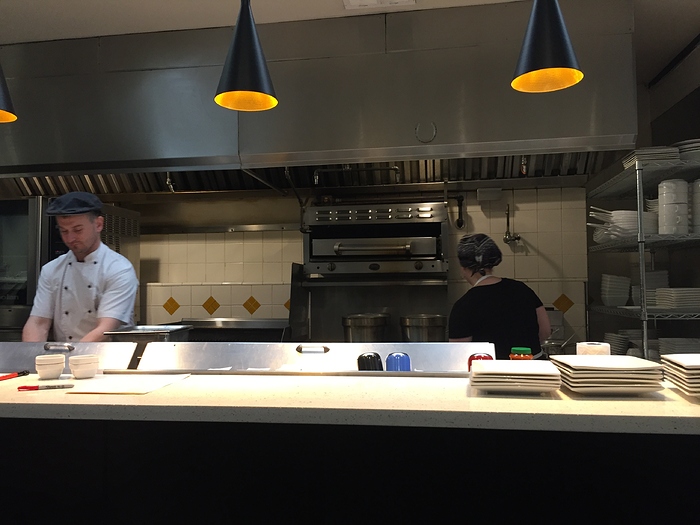 Dining room. That group of empty tables was reserved for a large family group, who showed up later. 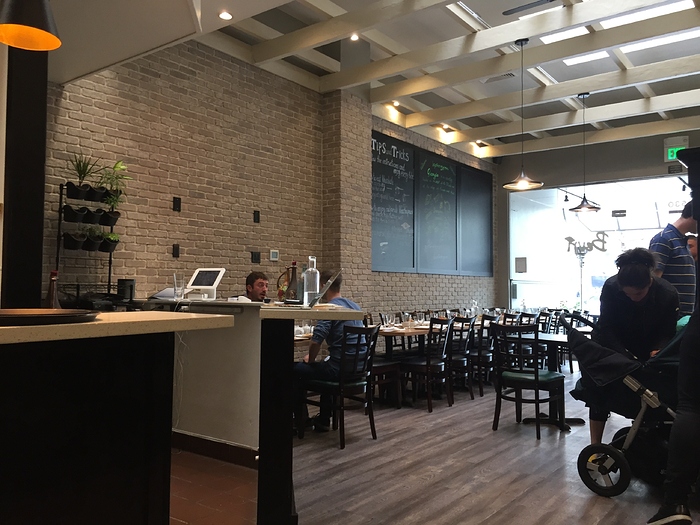 Review of Bevri on KQED Check, Please !Bay Area that aired tonight. The Bevri segment starts at the 12:17 mark: 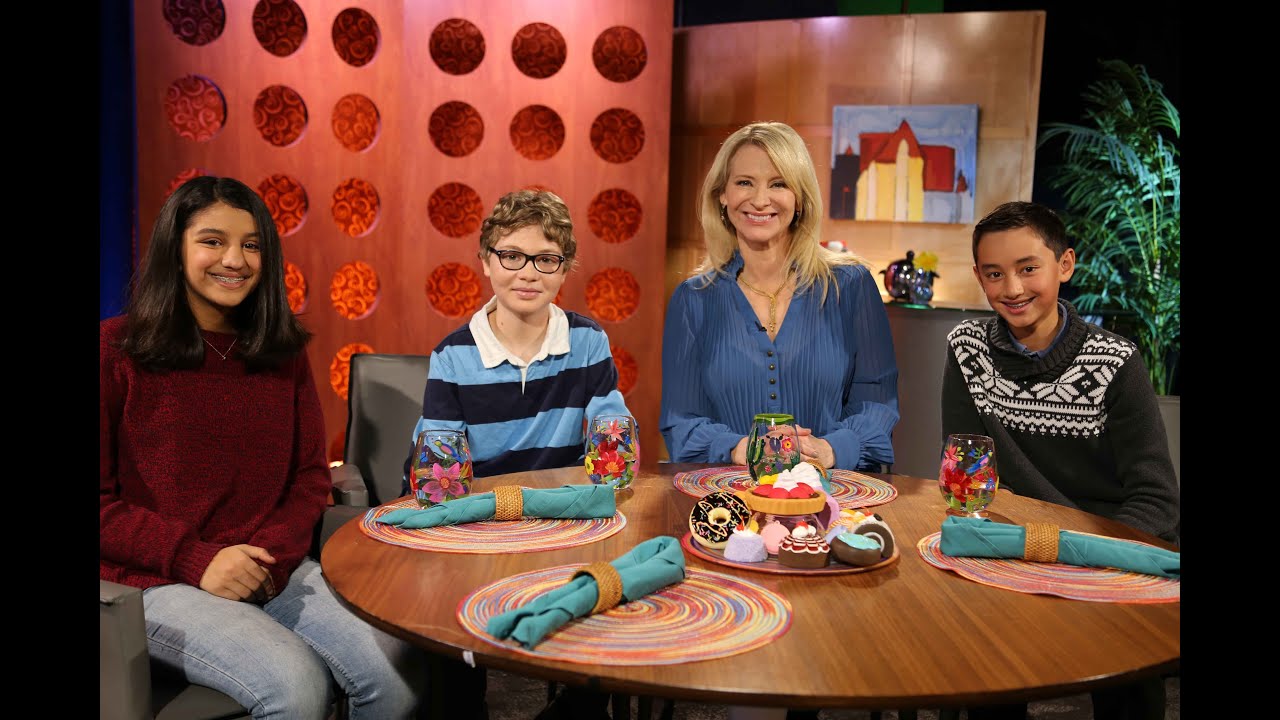