Since I couldn’t find the old thread …

To recap, I’ve been eating at Pad Thai for about 25 years. For most of those years, their Thai food was some of the best I’d ever had anywhere. I’ve been to many of the big names in Queens and Las Vegas and California but Pad Thai was as good as any of them. In fact, their Chinese Sausage Fried Rice was the dish I chose when we all did that silly " what one dish would you eat every day for the rest of your life" thread.

I was back last night and while the rice was still as good as ever, there were some issues with another old favorite dish. Years ago Pad Thai had a huge book-sized menu complete with pictures of many dishes and they also ran some specials. One special was so good it made it to the regular menu - Jumbo Shrimp and Avocado in Penang curry. When I first tried it I was skeptical about the avocado but it was such a great combo that I soon started making penang curry at home ( usually with chicken or beef ) and adding sliced avocado in before serving.

This dish is one of the more expensive ones at Pad Thai, but it was always a splurge-worthy treat. Last night the dish we were served did not contain the old huge shrimp I was used to, they had shrunk significantly. And, to make things worse, they were overcooked 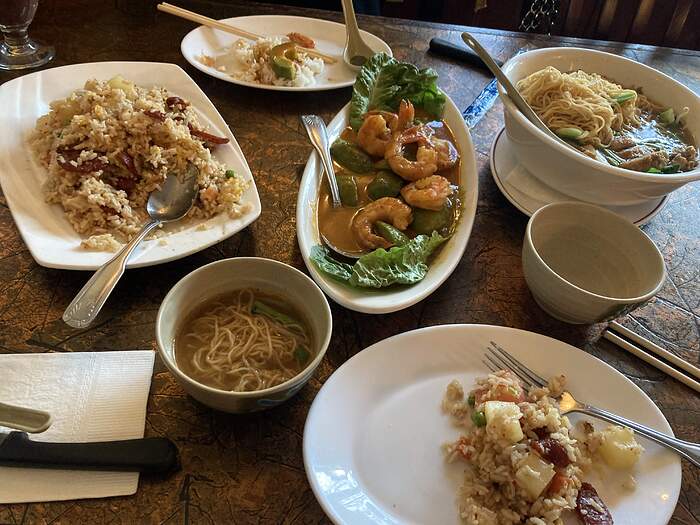 So we had room at the end for something I’ve always wanted to try here - fried ice cream. Previously, the only places I’ve seen that dessert was at a tex-mex kinda place. Turns out it was the same, oh, and I apologize for forgetting to take a pic when it arrived, but my dining companion attacked it so we put it back together as best we could. 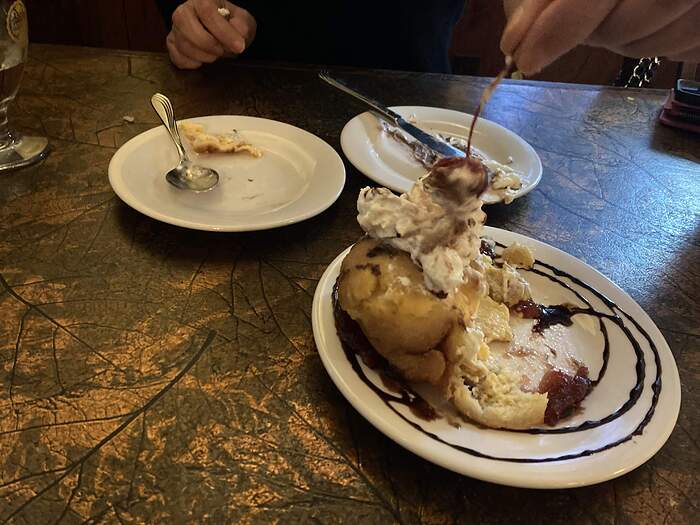 For the first time I can remember at Pad Thai, the company was better than the food.