Out to Breakfast - Houston

Today was one of those days when circumstances took me out to breakfast, and I don’t think we have a breaky thread yet.

I went to the Egg & I on I-10 @ Bunker Hill but it’s gone, and a new chain outa Florida called First Watch is in its place. Don’t go.

Only one option for eggs made your way, a “Traditional Breakfast” which was all served cold, really cold. How is that even possible? Are the eggs prefried? Some rather odd specials involving lots of kale and some mediterranean eggs. The rest is omelettes, benedicts and carbs. I had a similar experience at the Snooze at Town and Country months ago and won’t go back there either. Their hash brown puck was actually still frozen in the middle.

My favs are Egg & I and Denny’s on Wilcrest but I’m always looking for options. I strangely like cheese enchiladas for breakfast. Those are available at Los Tios (weekends), Poblano’s (every day) and Aranda’s on N. Gessner (every day).

I don’t do weekend brunch much but I took the smalls to Brennan’s one weekend at the holidays for a pre-theater nosh, their first time of many I hope.

Let me know your favs. 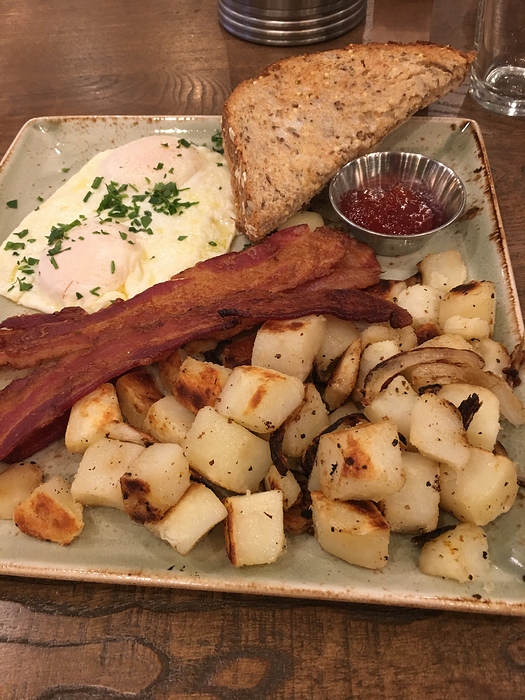 Frank’s Grill Mangum. It’s a total dive but they make breakfast fresh with one caveat on busy days they precook the bacon but just ask for it fresh and they’ll be happy to do it.

We like to sit at the stools in front of the grill and watch them cook.

We like to sit at the stools in front of the grill and watch them cook.

Sorry but I can’t help as I don’t eat breakfast.

I can say however that the fam had a similar experience at that First Watch. I wonder what will be going in there next.

There’s something going in the short storefront buiding to the east of First Watch. Right now it’s gutted.

Favorites, not on the same visit.

Grits, ham, bacon, hash browns, great biscuits, and only one pancake because they are huge.

We import our own butter instead of the mystery mix they serve.

Oops I forgot to mention eggs. I don’t do eggs.

First Watch has been around for years and is consistently bad. Off-tasting food and millions of children flailing egg bits on weekends.

Sorry but I can’t help as I don’t eat breakfast.

So you sleep until noon and call your first meal lunch.

I’m not a.breakfat or eggs for breakfat as a rule either. It’s weird to me that breakfast is all about eggs.

Ran across this review of The Toasted Yolk and thought of you breakfast eaters.

Eight locations currently with a couple of more on the way.

ETA: I forgot to mention that they also have alcohol.

Their motto appears to be “It’s never too early to get toasted”!

“It’s never too early to get toasted”!

I have been to the one in The Woodhood, and it was pretty good and hugely popular, but most places are there.

interesting sir so when do you eat ? 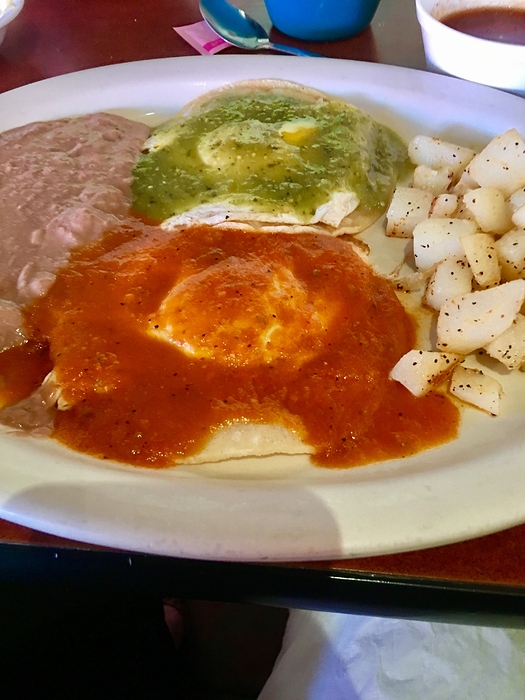 La Madeleine, $10 with coffee. One yolk was broken. They are usually better than this. The oven baked bacon is on point. 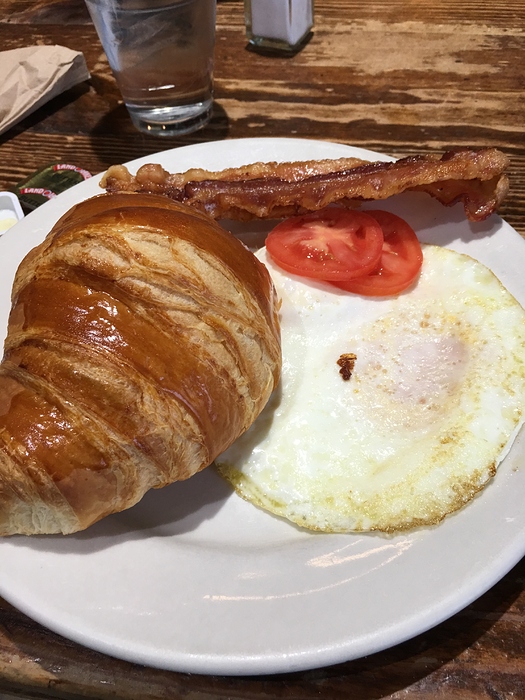 Avalon Diner: It’s the second time this year I’ve ordered eggs over easy and one came with a broken yolk. I hate that.

Still, 10x better than First Watch. Looking at these posts, I can see that I’m in a breakfast rut. I’m not a huge fan of breakfast anyways so I guess this is the only meal I really like at these places. 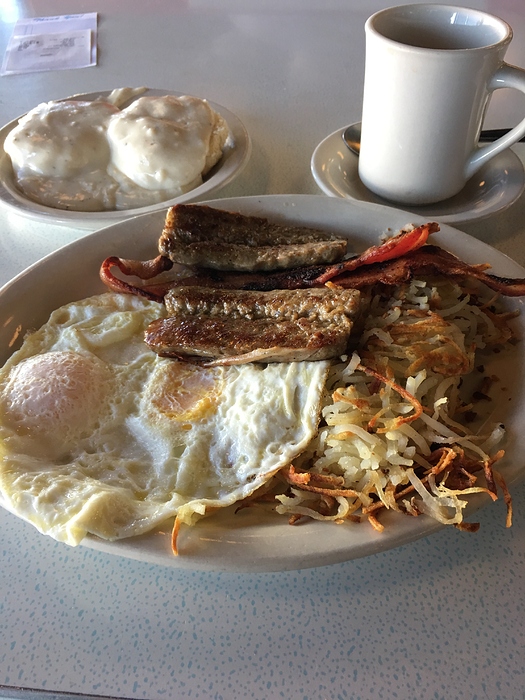 There’s something going in the short storefront buiding to the east of First Watch. Right now it’s gutted.

Mystery solved: this is a Chuy’s brand fast food, apparently a new concept.