Other Mama is a seafood and cocktail focused restaurant with an Asian influence from chef Dan Krohmer, who named the restaurant after his grandmother. It’s on the west side of Las Vegas a bit of a ways away from the strip.

Dollar Oysters ($1 each)
Dollar oysters all day on Sunday (and Monday)! Perfectly shucked. Very good oysters, especially for a dollar. They came with a cocktail sauce and a ponzu sauce. 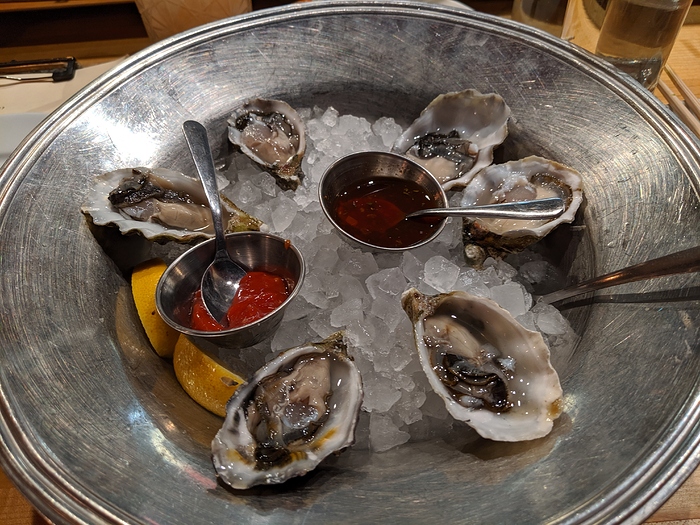 Amberjack Sashimi ($9)
Some Japanese amberjack sashimi off the specials board. Five pieces. Very good sashimi and a pretty good price. 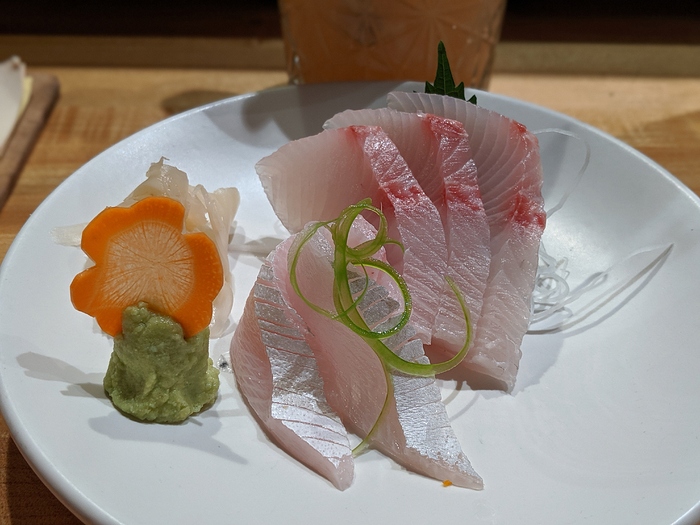 Philly Box ($7)
Also off the specials board. This was kind of like a oshizushi (pressed sushi) version of a Philadelphia roll with cream cheese and smoked salmon

. Quite good. I did wish the rice were a little warmer/room temp and maybe a little more loosely packed but this may just be the nature of pressed sushi. 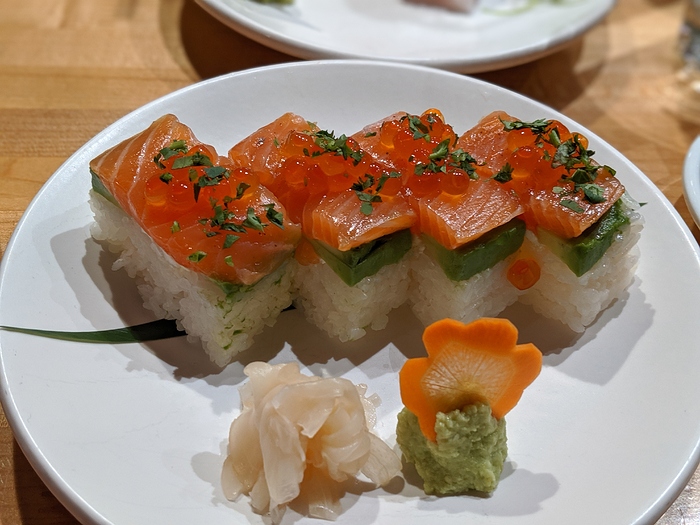 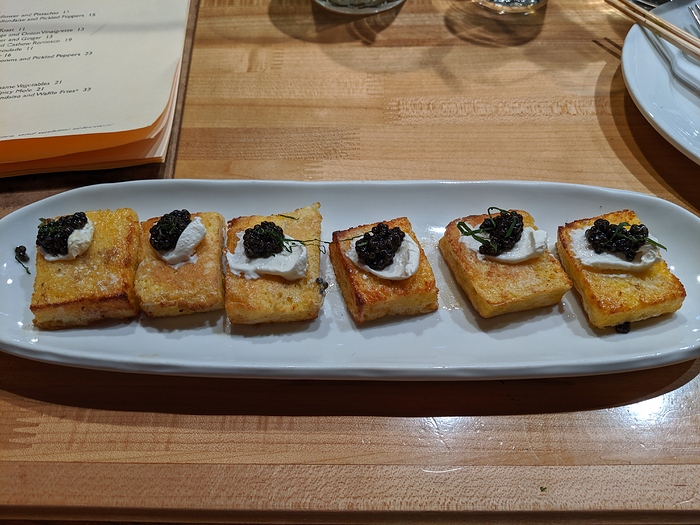 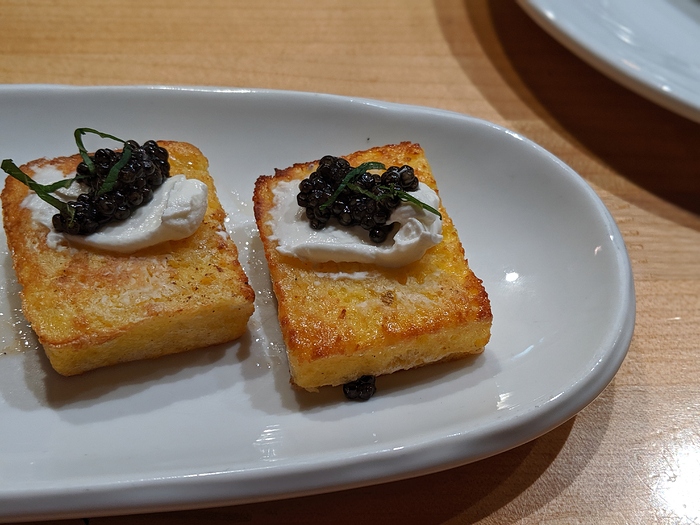 Chicken Fried Lobster ($25)
This was great! Best dish of the night for me. Well-fried lobster pieces with a light crispy coating that did not overpower the sweet lobster. Served with a creamy sauce for dipping that I think had some tarragon in it. A bit expensive (at least relative to the rest of the menu) but it’s lobster, and there was a good amount of lobster meat in there. 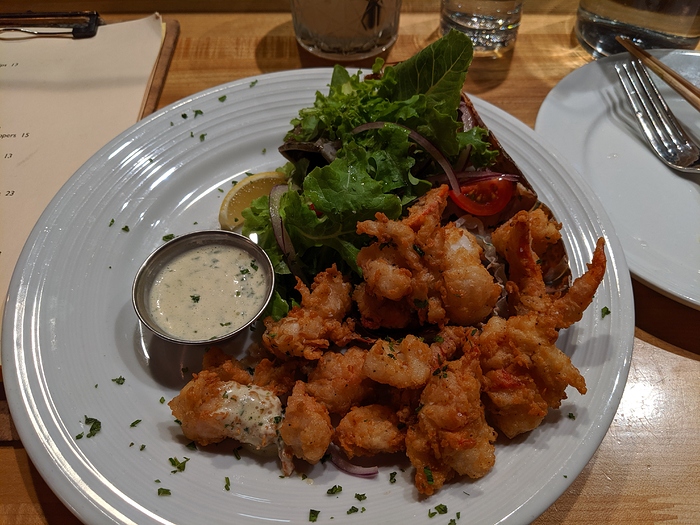 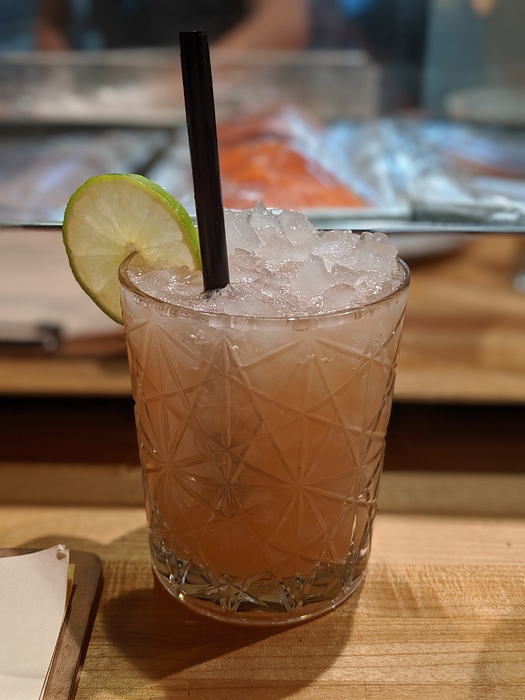 I had very good meal at Other Mama. It’s worth the trek out from the strip. 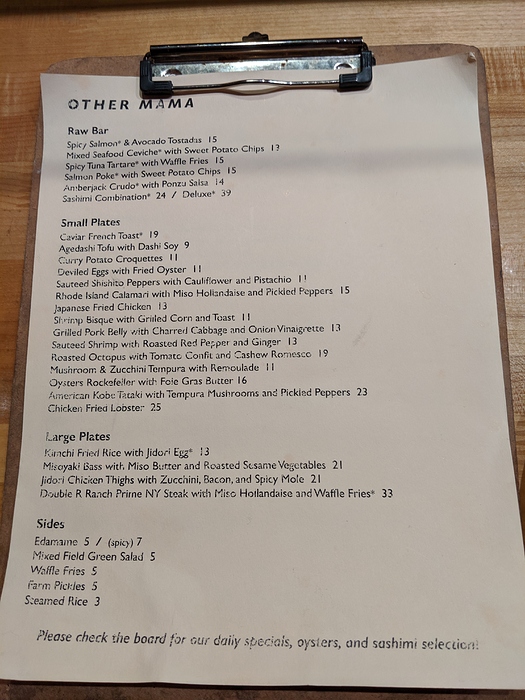 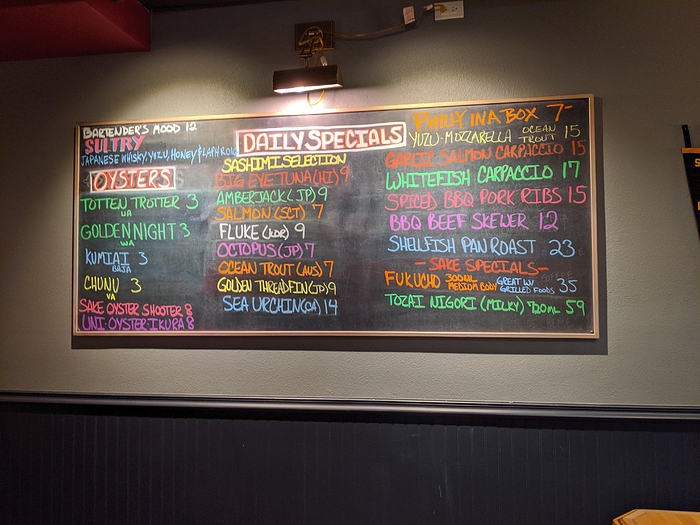 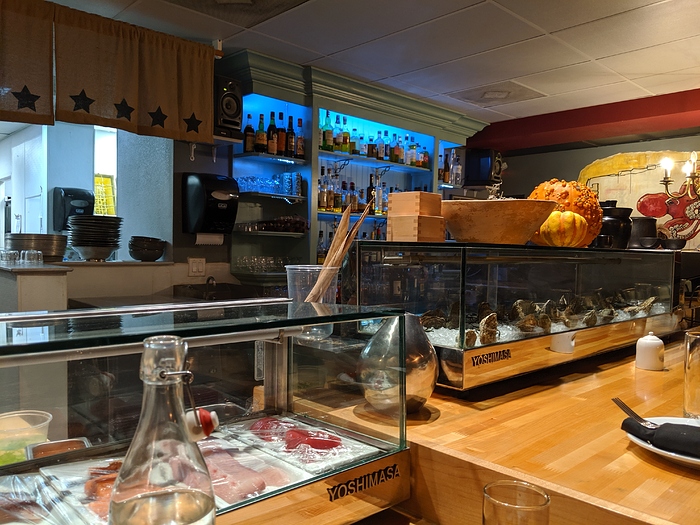 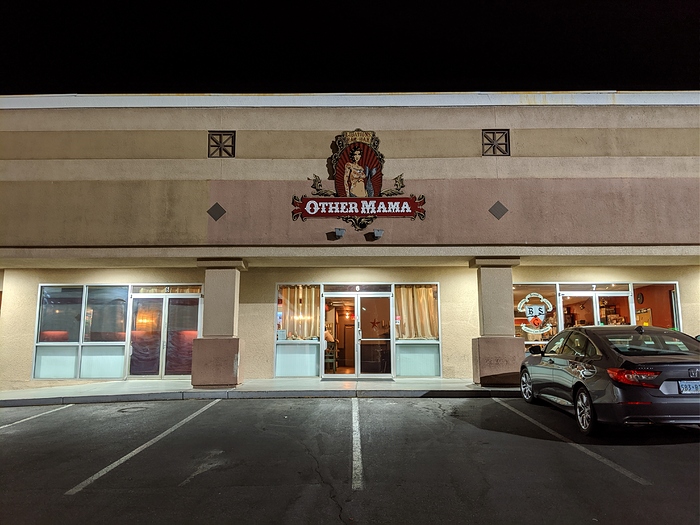