I had long been wanting to eat at Odo since anything like a regional Italian restaurant is as rare as hen’s teeth in these parts. Odo professes to be Abbusseze only it isn’t really.

My dining companion and I were seated butt up against the waiters’ station and opposite the bar. The first thing you should know about the restaurant is that it is noisy. Very noisy. There was a very active bar scene for a Thursday night (and the whole room was packed) and exacerbating the situation is the smallness of the establishment and the too-loud music. The first one can’t be fixed but the second one certainly could.

There is something on the menu called Scarpetta. Whatever reservations I might have about the place, I would go there to eat that again. In Italian, a person who is a scarpetta is someone who uses a piece of bread to clean the last bits of sauce from his or her plate. This Scarpetta comes as a tray containing a house-made bread similar to focaccia that has been torn into pieces. In the center is a divine dip that the waiter described as being like burrre blanc. Sort of. What it is is incredibly delicious. I could make a meal of that.

My companion ordered one of the pasta specials, which was a bowl of large-ish pastina, dressed in pesto with pieces of salami. It looked like risotto. It is certainly not Abbrusseze nor is it something you would get in Genoa since authentic pesto would never be served like this. My friend liked it because she likes risotto. I had an eggplant lasagna that was distinguished by its very fresh ricotta and mozzarella. Is that Abbrusseze? Maybe, but it is also something you could find in any restaurant south of Tuscany. For dessert we shared a bombolono, which I found to be odd. Most bomboloni are fried, but this appeared to be like a small baked roll that had been rolled in cinnamon sugar.

I would return but only if I could request a table at the front of the restaurant. I’d like to find out what on the menu is actually Abbrusseze!

What sort of dishes were you expecting from an Abruzzese restaurant? I have never visited the region but I did spend a summer in Le Marche, just to the north, which shares many of the same climate and topographical characteristics. I’m rather surprised there isn’t more of an emphasis on seafood given that all regions along the Adriatic do seafood so well.

I apologize in advance for highjacking your post, I didn’t want to start a new thread for something that hs not yet been substantiated. Quick question, it is rumored that the owners of Zero Otto Nove restaurants and Robertos plan to open something in the space formerly occupied by the Tap House. Does anyone have any info, if this is old news please disregard.

Up here where I live north of the border in Canada, our nicest Italian restaurant in town is named Abruzzi, and nothing on the menu is Abruzzese. The owner’s parents are from Abruzzi, and while the food is tasty, it’s pan-Italian and North Americanized.

When I have taken part on the annual ski trip to Tremblant (7 or 8 times), with the Friulian club, the bus has around 20 people with Friulian roots, a few with roots in Trento, one or 2 people from Naples, one man from Bari, a few people who are half Calabrian, and 4 guys from Abruzzi. When we have our big potluck, the guys from Abruzzi always make their agli e olio. That’s the only Abruzzese dish I’ve become familiar with!

No idea, but that would be lovely!

It looks like its a go and will be opening June 18th. 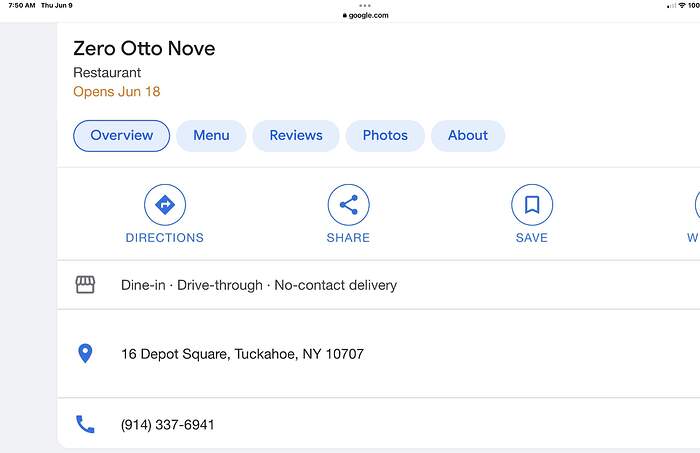 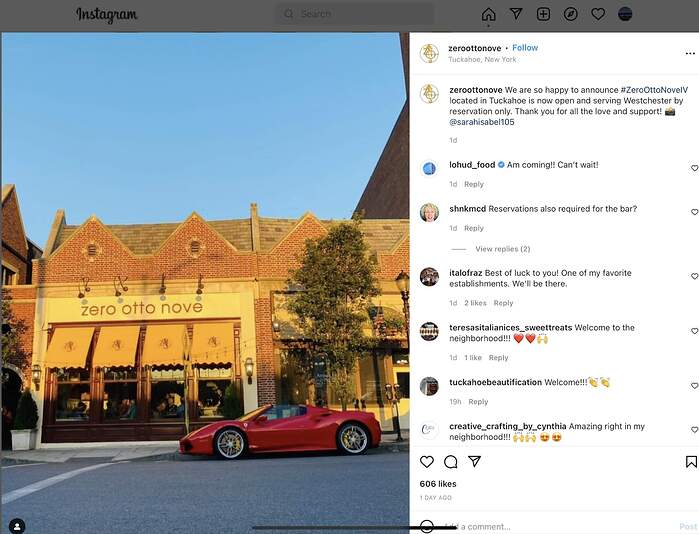