Aguachiles El Tamarindo is a mariscos truck on International Boulevard, a short walk from Fruitvale station. It has its own little lot with some parking spaces and a covered eating area with some plastic tables that you can sit down in. Judging by the signage on the truck they are part of the Mi Grullense family of taco trucks.

Most of the menu is seafood, including a few seafood towers, three types of aguachiles, seafood tacos, ceviches, and seafood nachos. All looked quite reasonably priced. I tried a baja style fish taco and the aguachile verde.

I liked my baja fish taco. The batter isn’t a beer batter like some places, more of a thinner cornmeal or flour crust. Fish was white, flaky and tasted fresh. It was topped with a little slaw, salsa Mexicana, and an orange colored crema that had a bit of kick to it. Also had a few slices of radish and pickled jalapeño. On good soft corn tortillas. Not the biggest baja fish taco I’ve had but it was only $2.75.

The aguachile verde ($12 for regular size) was also good. Kind of like a ceviche. Raw shelled shrimp “cooked” in a mixture of lime juice, cilantro, and green chili peppers, with some red onion and slices of cucumber. Sprinkled with a bit of chili powder. Shrimp tasted fresh and sweet, offset by the sour zingy citrusy marinating liquid. The liquid also had a bit of heat. The cucumbers and raw onion added some crunch, as did the crispy tostadas that it came with. I admit that I’m not a huge fan of ceviche style dishes though in general as the sourness in the sauce gives me a bit of taste fatigue after awhile, and this was no exception.

Good fresh seafood. Will probably be back to try one of their seafood towers. I don’t have much experience with mariscos and am wondering how it compares to other places like the nearby Mariscos La Costa. 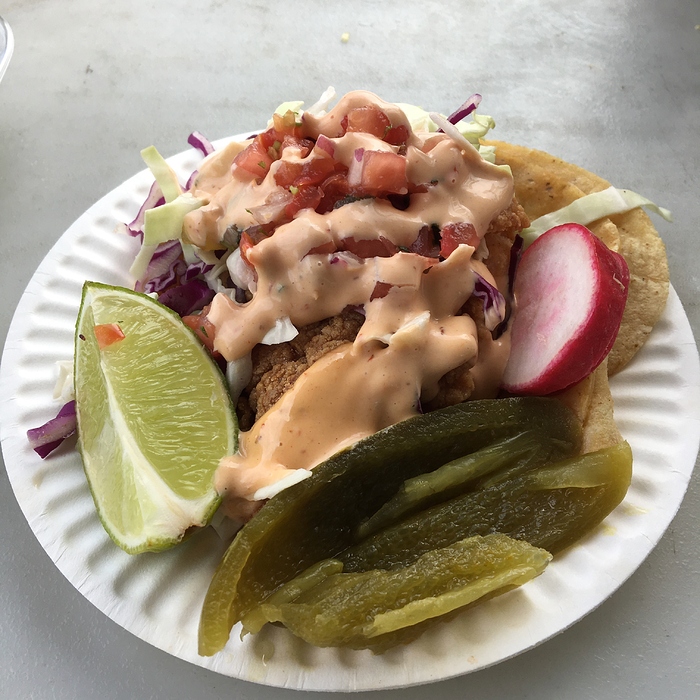 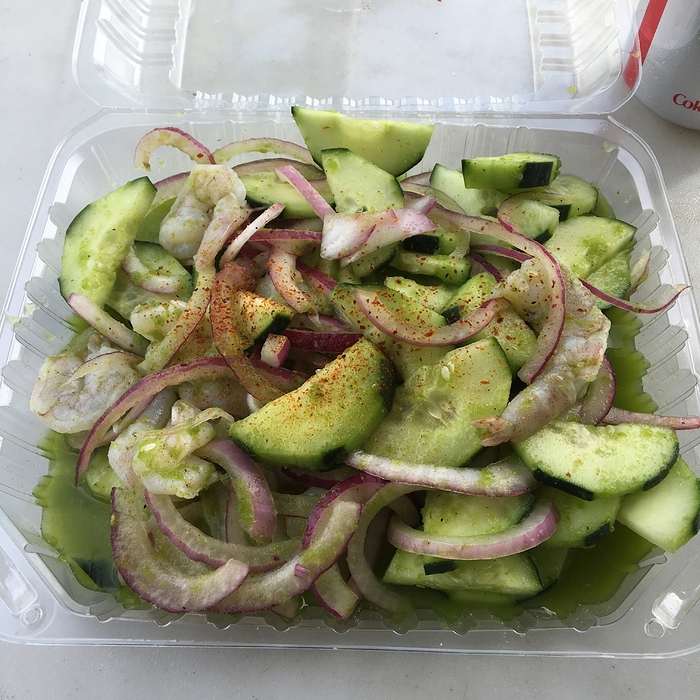 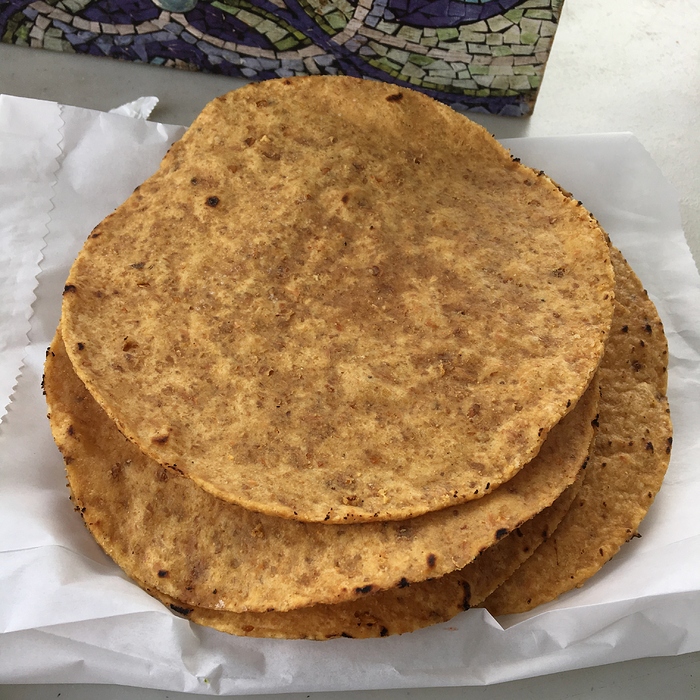 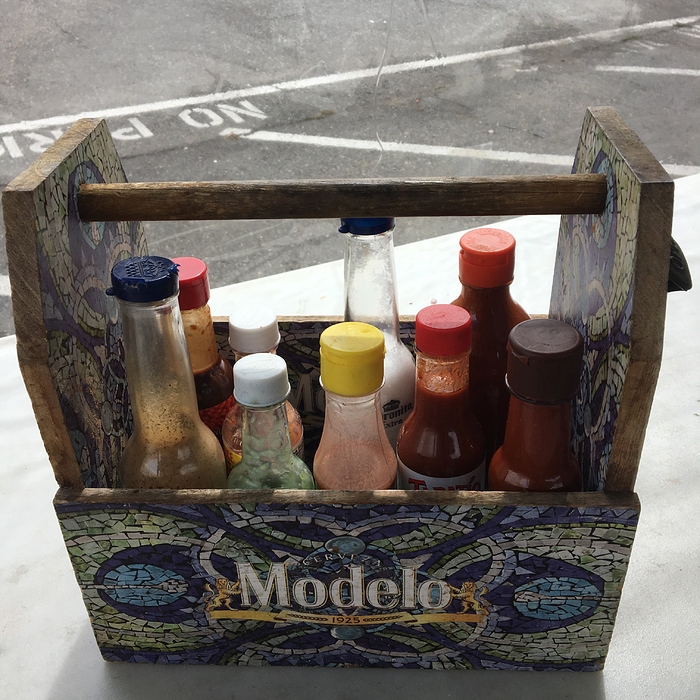 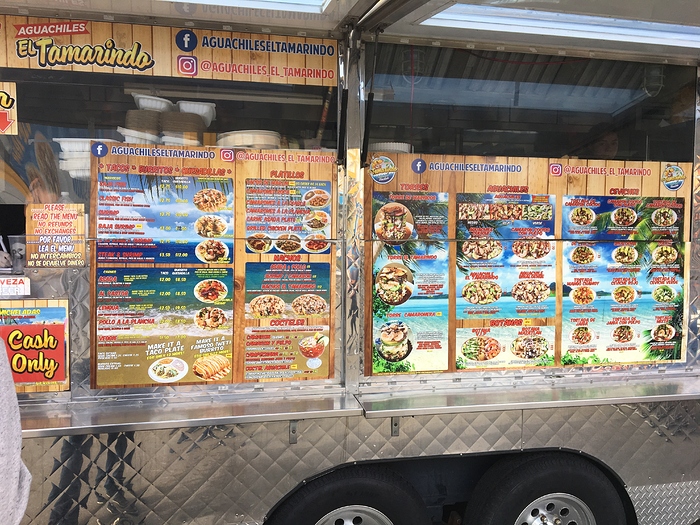 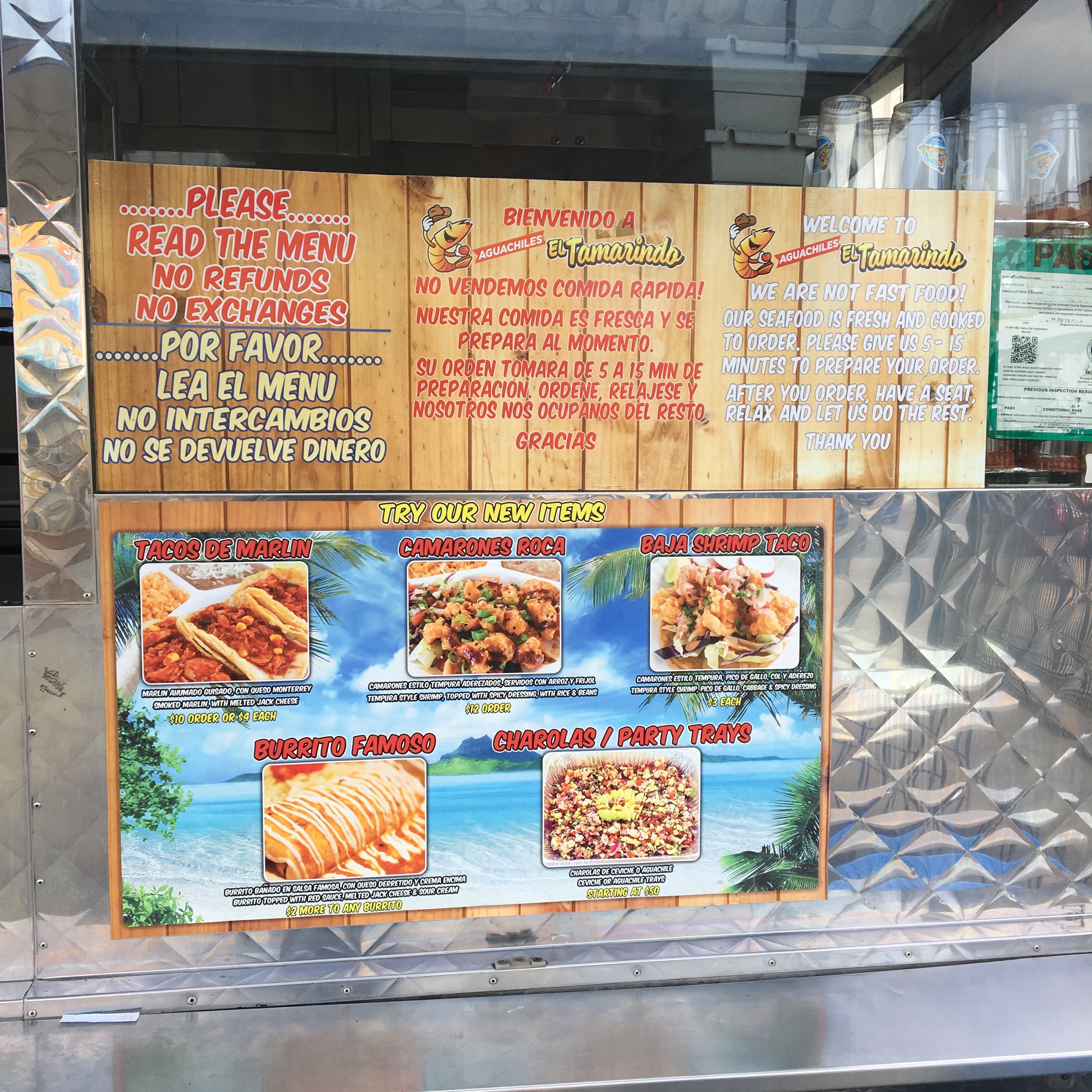 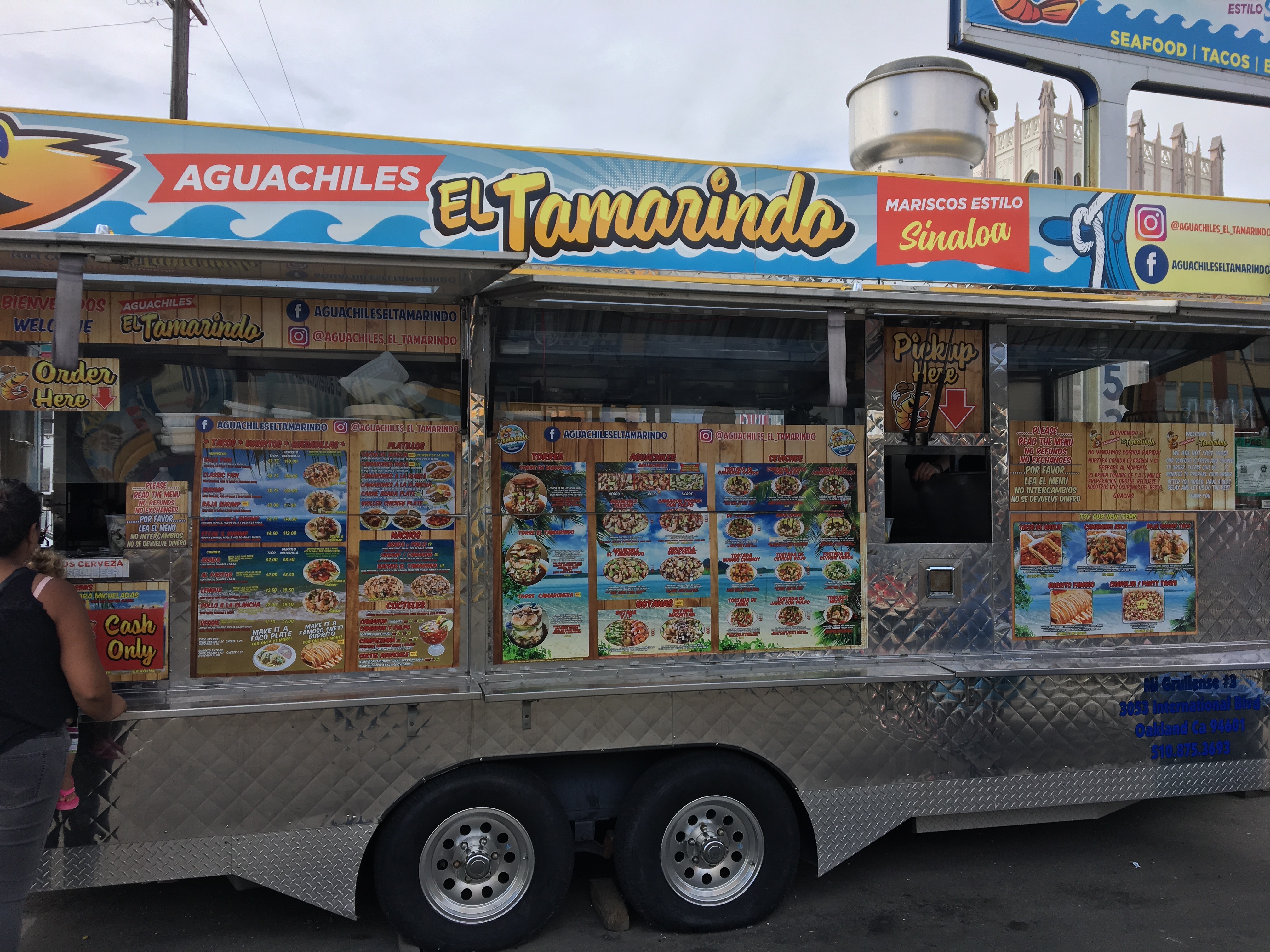 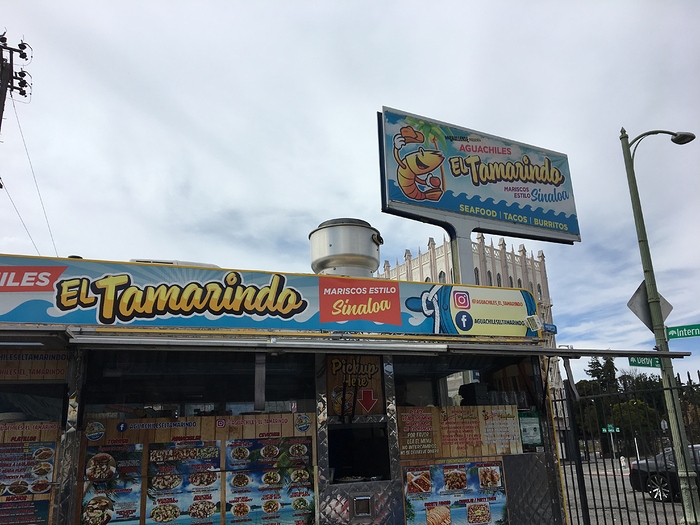 Mr Happy, its impressive that you were able to resist the temptations of eateries surrounding the nearby Bart station, pulled yourself away and ate two blocks away!

I gotta give it a try some time as I don’t see a lot of fish tacos, and in particular good ones around here. If you happen to have good spots for fish tacos, please share too! Do you happen to know what fish they use here?

Kinda weird container to put the aguachile in.

Don’t know what type of fish it was unfortunately, it just said fish and I didn’t think to ask. As far as fish taco places, I don’t know of many either. I like the beer battered fish taco at Garaje in SF. Wish there was something like L.A.'s Ricky’s Fish Tacos up here.

I was cursing a bit that I never went to Dia de Pesca when I worked near it for a few years.

And then I realized, I’ve been there once! I don’t remember much about what I ate though, something fish-y, for sure.