Went for a meal at Tay Ho a while ago. A restaurant liked by Janelle Bitker. They didn’t have the bun rieu or the Hue dumplings that I was looking for that day during lunch. 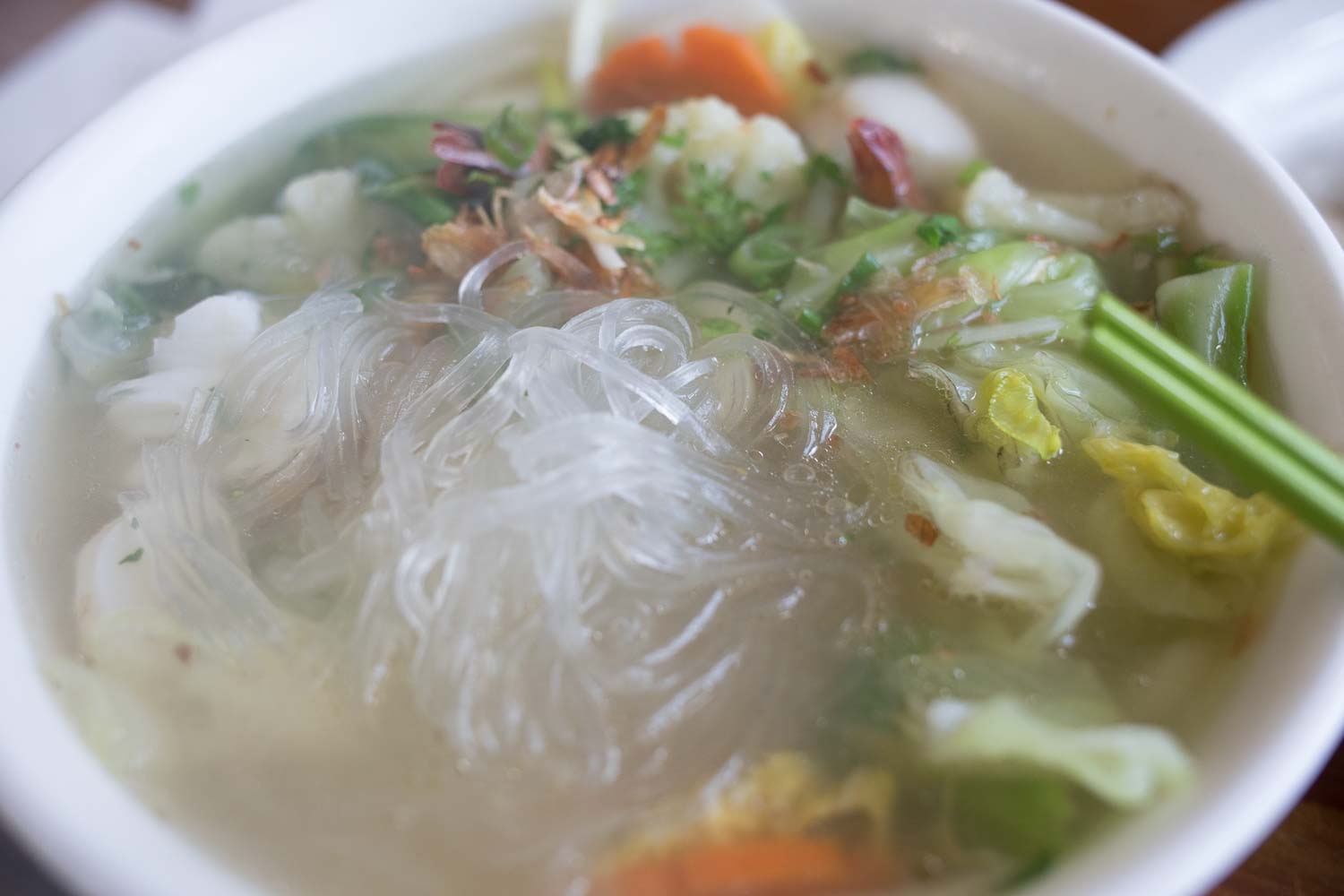 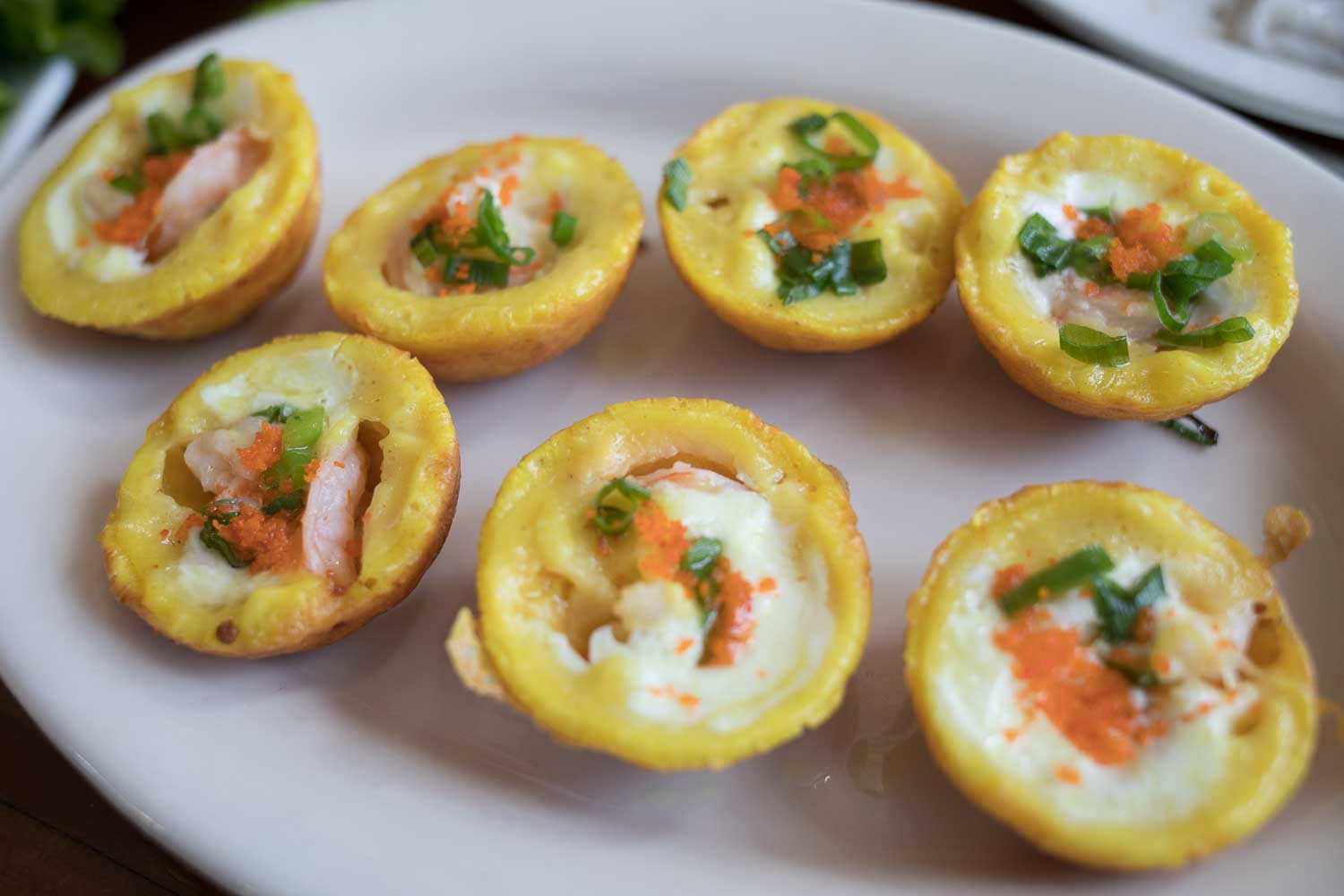 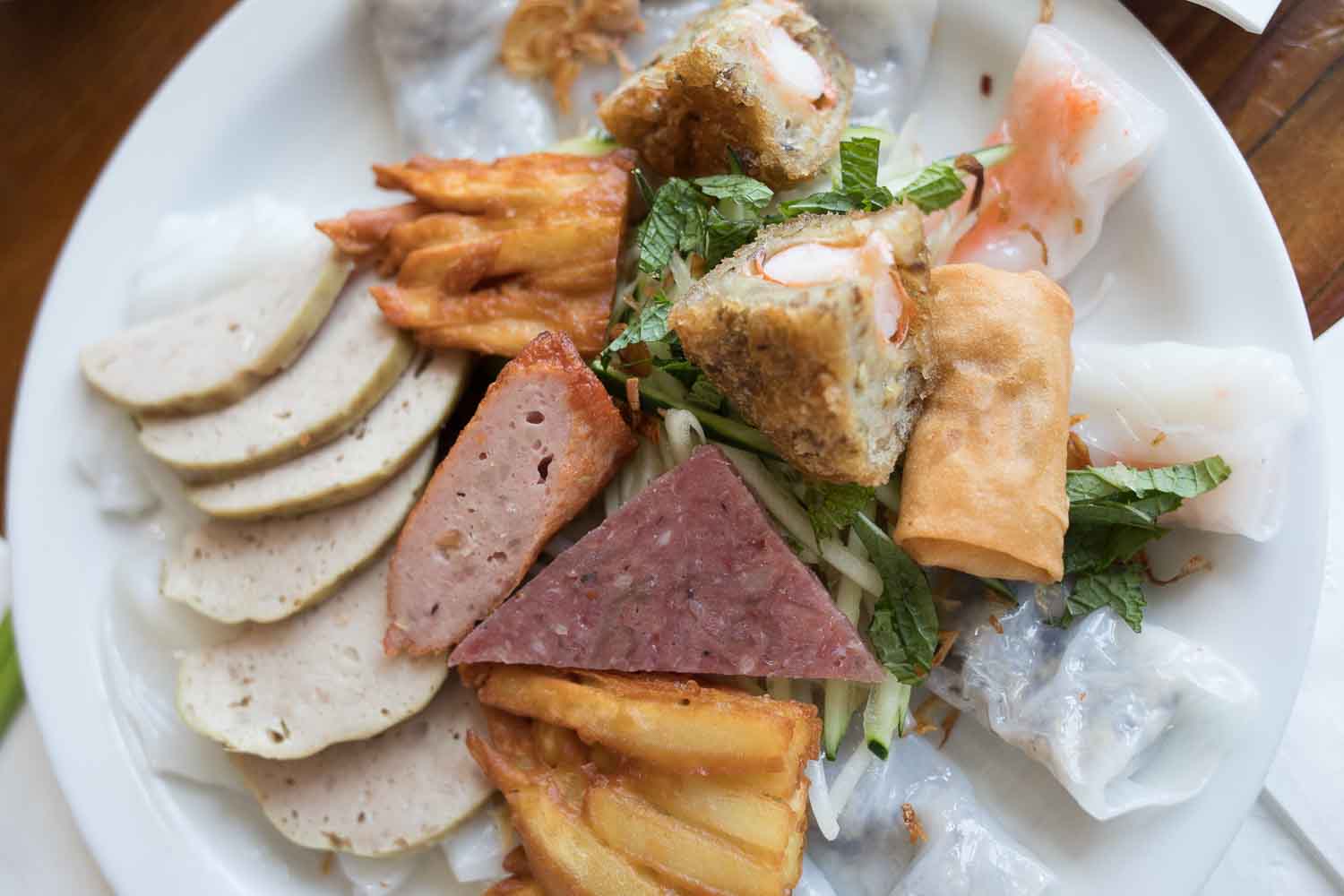 Forgot what this noodle was. For the kids. Safe noodle choice. 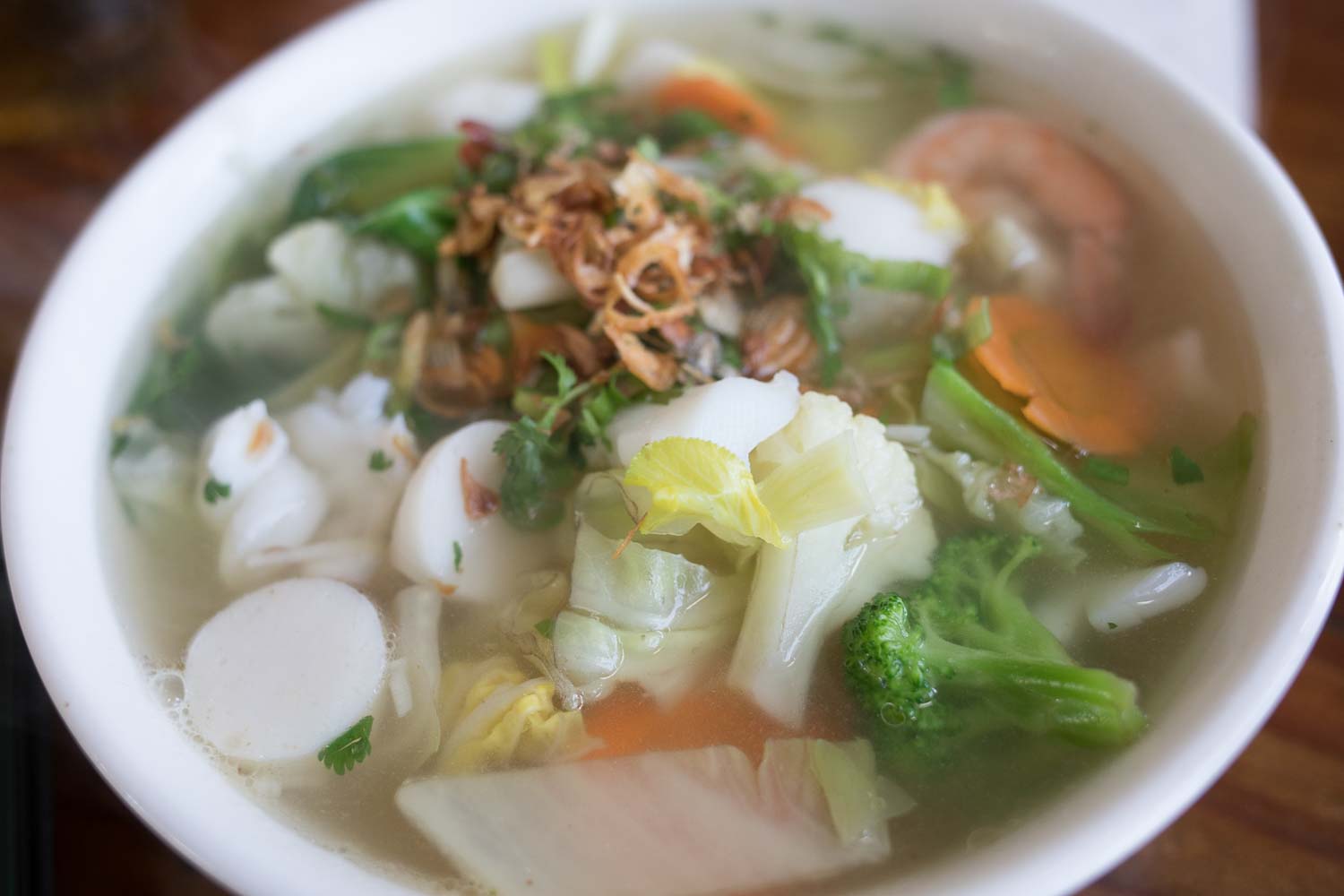 All the dishes were adequate though they didn’t stand out. We didn’t get the chance to order the highlights on the menu. The herbs were a little tired. What else do people like at Tay Ho?

Know your herbs and the herb plate. The plate was one of the better and more varied plates around. 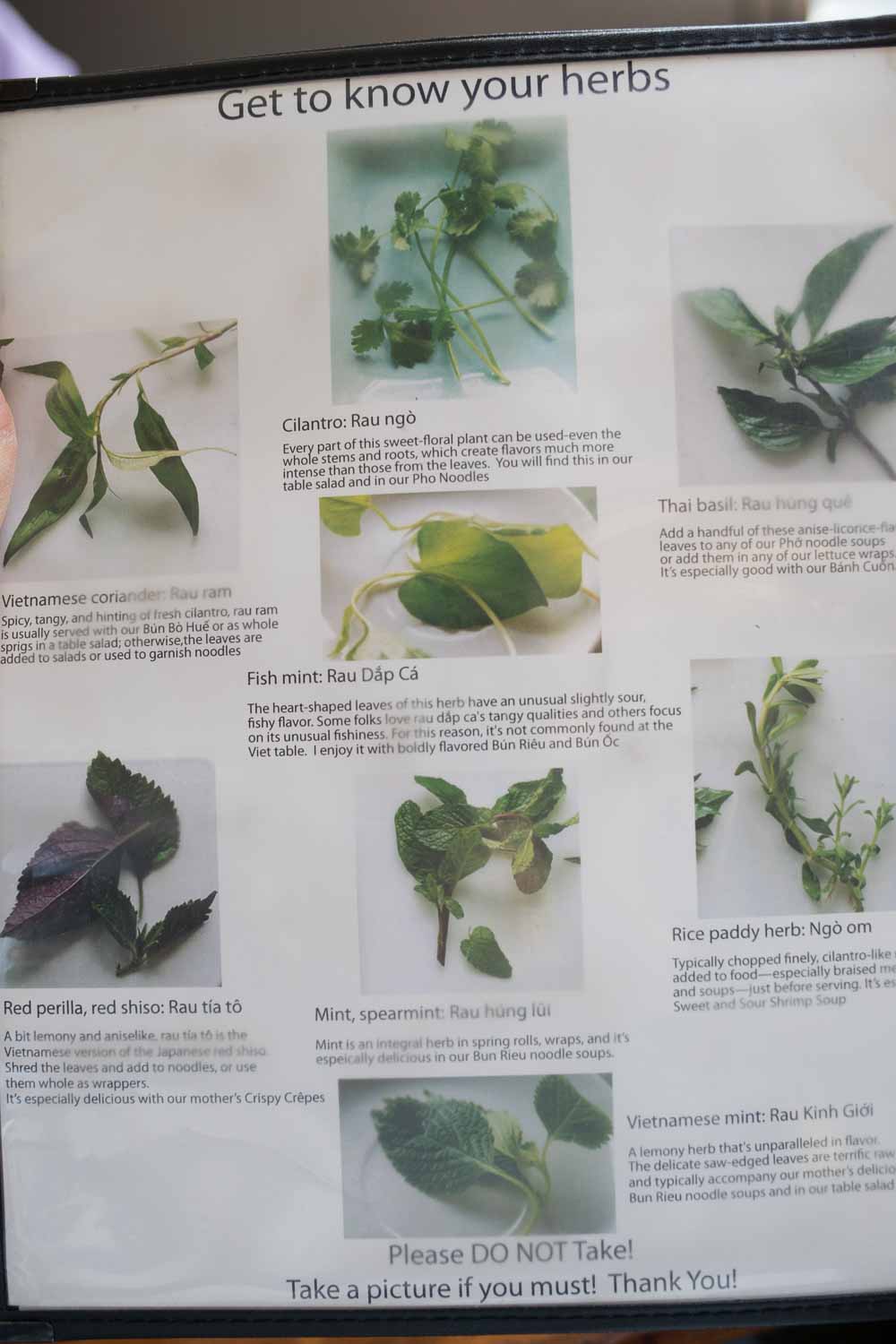 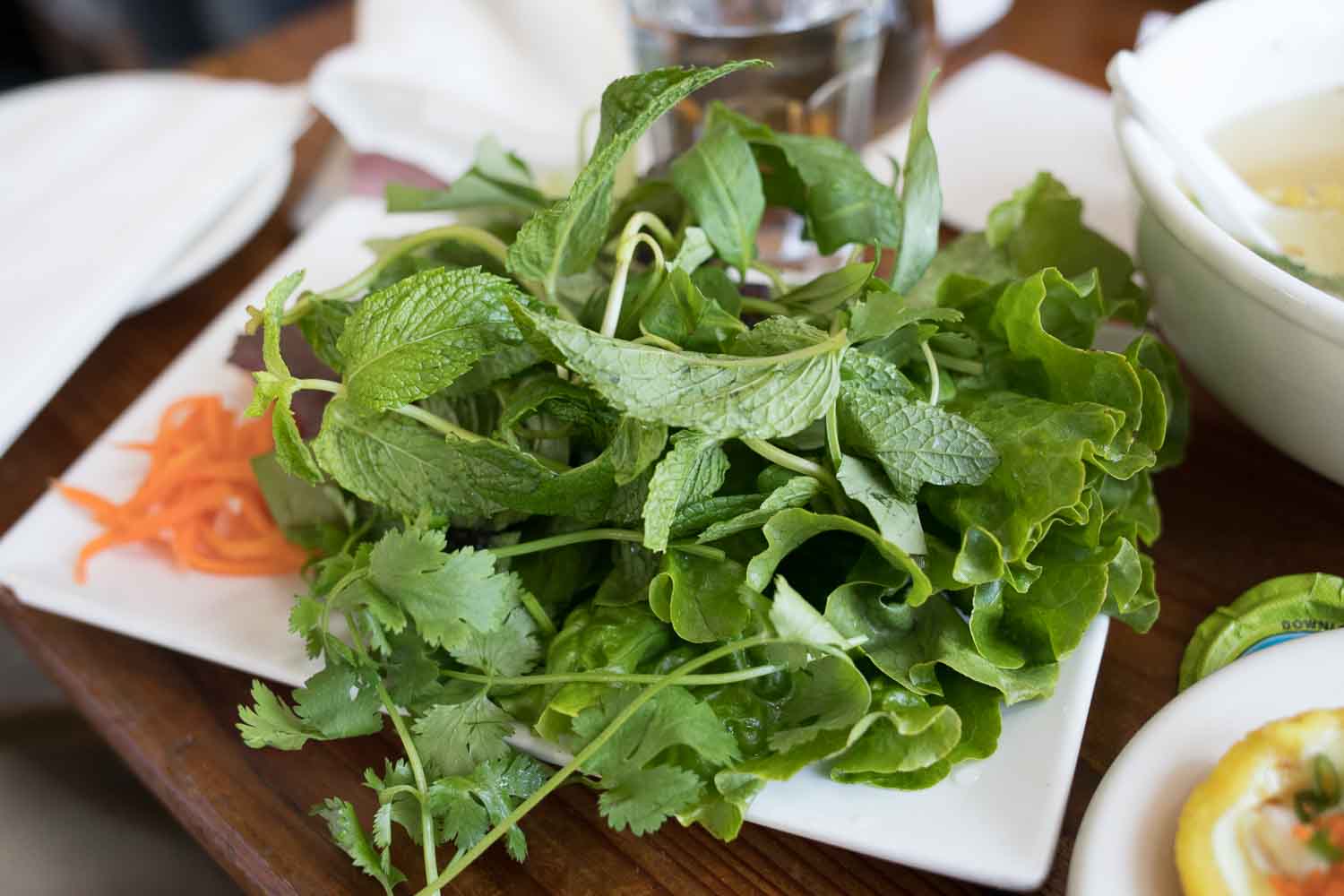 If you drive, don’t park under any of the nearby trees. You’d have noticed an incredible amount of bird poop underneath them. Take that as a hint.

If you drive, don’t park under any of the nearby trees. You’d have noticed an incredible amount of bird poop underneath them. Take that as a hint.

Funny you should mention parking… The reason I haven’t gone to Tay Ho lately, or anywhere in Oakland Chinatown after dark, is because the past two times I met friends there for dinner, someone’s car window was smashed. The next time I go, I’m BARTing.

When I am able to choose more than 1 dish, I will branch out to other favorites like lalot beef, ban cuon, bun cha Hanoi already mentioned by you and wildtomato. But the above three are my staples. The only soup noodles I order is the bun rieu, as I found a beef broth at Rang Dong and bun bo hue at Kim Huong that I like better.

Somehow I’ve never made it to Kim Huong–I should try their bun bo Hue. Previously, when it was dish of the month Tay Ho won my brief Oakland survey due to a broth with a better body and blood cakes that were much less metallic than at many of the shops on International. It’s still a go-to for takeout for me, usually ordering both the bun bo Hue and bun rieu.
I’ve had the Hue dumplings when I’ve eaten in and they were good, though I think the owner was a bit disappointed when she asked if I preferred them or banh khot and I chose the more flavorful banh khot. The hue dumplings have a nice springy texture, but the flavor is simpler, something I, an overly bold American have rarely learned to appreciate. 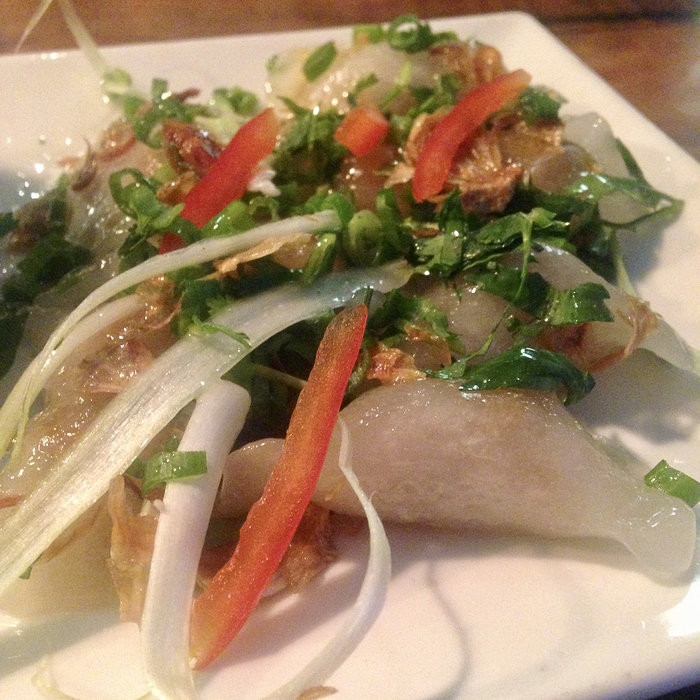