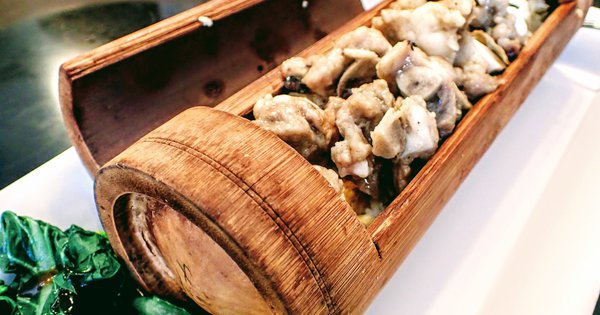 I was impressed with a recent early weekday lunch at the non-descript Imperial Soup at 723 Webster near 8th Street in Oakland Chinatown.

It’s been open for over a year and there haven’t been any reviews other than about 30 posts on ‘Y’ and a recent solo photo by Sarah Han of spicy beef flank noodle soup with thick noodles in Berkeleyside.

Before Imperial, it was Happy Café for a few years serving pho with ownership that I believe was from Hong Kong. And before that, I had had breakfast at Happy Café under a different staff when it opened at 7 or 8 am daily offering breakfast specials of jook, rice noodle, coffee and tea for about $4.

What caught my eye a few weeks ago were the listings for what looked like double-boiled soups, usually long-simmered in steam pots like Best Taste Restaurant, around the corner at 814 Franklin, serves in small red clay tureens, my favorite being the chicken and ginseng, for $2. Classic Guilin Rice Noodles at 261-A 10th Street had a wider selection of herbal broths accompanied with dubious claims of health benefits on the menu.

According to Luke Tsai, article linked below, soups prepared in the traditional Chinese double-boiling method have the soup ingredients sealed inside a small jar, then allowed to slowly simmer inside the big steamer for hours and then served hot.

Imperial had about 7 four-tops and a couple of longer tables back near the rear counter. Looks like there’s a mezzanine up some stairs to the left.

The waitstaff was helpful, service was fast for the combo lunch “C” with the choice of duck soup and spare ribs over rice in bamboo for $10.

The steamed duck soup came in a tureen larger than what I had been served at Best Taste and had a substantial portion of lean skinless duck, and some grain that looked like white hominy. Not salty, thankfully, rich with duck and hominy flavor, not quite the depth of the smaller Best Taste offerings, but with more meat and broth.

The spare ribs arrived in a bamboo boat with a side of gai lan in oyster sauce. The rice bed included corn, mushroom, specks of carrot and tofu with the spare ribs tender and fatty, the meat picking up some sweetness from the corn and rustic flavors from the bamboo.

While there for lunch, maybe 15 customers passed through.

Total bill was $10 plus tax and tip and CASH only.

Based on some of the ‘Y’ reviews, next time I’ll try the sea coconut (lodoicea) soup and the double layer steamed milk for dessert,

There is parking in the Pacific Renaissance Plaza at Franklin and 9th or hoof it on the bus, AC Transit line 51A stops at Franklin and 8th or other lines and BART stop at Broadway and 11th Streets.

The photos I took for the slideshow, above, were done with an Olympus Tough TG-4 pocket camera, all jpegs, and edited in ProShow Web. You can select the video resolution in the lower right up to 1080p.

Luke in 2014 on the double-boiled soups at nearby Best Taste: 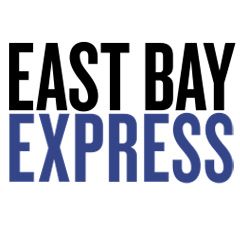 The Lunar New Year is just around the corner, on January 31, and if you’re like me, maybe you you haven’t got your act together... 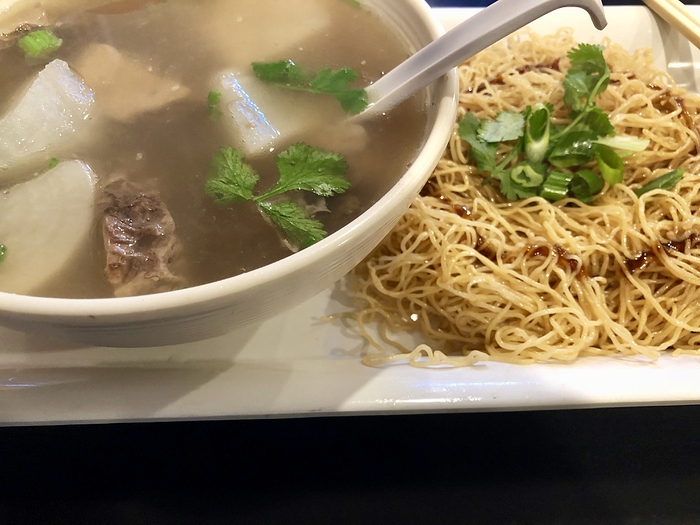 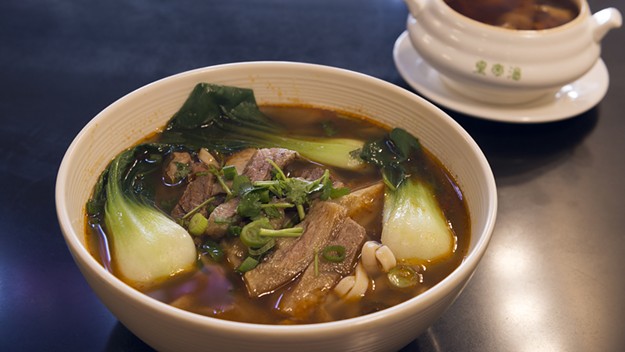 I tried four of these medicinal soups and there was a certain calming, revitalizing quality to them — or maybe it was placebo. Flavor-wise, they varied greatly. An oxtail soup with dried plums and tamarind was so subtle that it barely tasted like anything. A chicken soup with black beans and gingko nuts, however, was unctuous, earthy, and soothing. Another chicken soup was far more sweet with the addition of dried scallops, mushrooms, longan fruit, and sea cucumber, fuzzy caterpillars that taste like sea snails. But there were also surprising blasts of salt from chunks of ham. Perhaps the most medicinal-tasting of them all was the chicken soup with thin shards of American ginseng, dried figs, and orange flower buds, a collection that leaned pleasantly bitter.

My favorite entrée was the Taiwanese-style noodle soup, loaded with meltingly braised beef flank, bok choy, and thick egg noodles. Slicked with chili oil, the soup was deliciously beefy and, as with the majority of the restaurant’s offerings, not too salty. The curry seafood soup was nice as well, with a zippy yellow curry appropriately imbued with the flavors of shrimp, squid, and fish cakes. The spongey, yellow noodles are also a style you don’t see at most Chinese restaurants: yi mein. The dough is made with carbonated water and gets fried and dried before being used.

The steamed duck soup came in a tureen larger than what I had been served at Best Taste and had a substantial portion of lean skinless duck, and some grain that looked like white hominy.

If I get what I think you were referring to, that hominy is actually prickly water lily, or 芡實, i.e. the stuff in the middle below. Cantonese likes to throw some into their soups. Do you still remember its texture? It takes quite a long time to completely soften if the dried ones are added directly to the water at the beginning of the cooking process. So its texture can give you some idea how long the soup has been cooking, unless its soaked ahead of time. 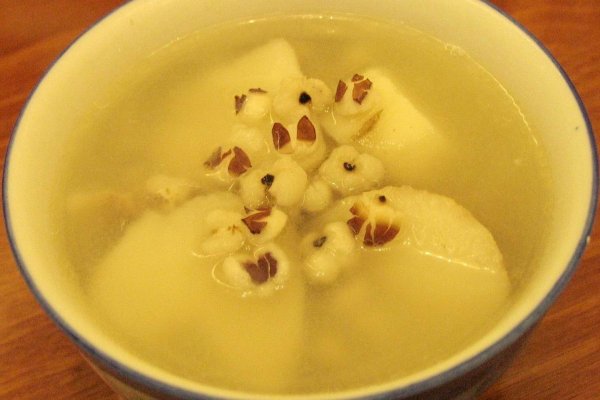 If I go strictly by quality, Best Taste’s double boiled soup wasn’t particularly great. But considering its merely the price of a soda, and its actually time-consuming cooked food, then its a very good deal. Same for Imperial Soup. Your $10 set lunch with a tureen of double boiled soup is an amazing value. Its hard to find either the bamboo rib rice or the soup by themselves elsewhere in the Bay Area for $10, let alone both for $10. Some relatively cheap food like a bowl of pho is also like $10. Fast food plus soda is also like $10. Imperial Soup are food that takes some labor to cook. Can’t believe there are only 15 people eating while you were there.

The medicinal properties vary dependent on the ingredients. Many of these are traditional Chinese herbal ingredients that are meant to steer your health subtly in one direction just like Chinese medicine in general, rather designed to suddenly produce dramatic results, like Western medicine. With that said, too much of certain ingredients in the unskilled hand can yield some unexpected results. The trick is the balance.

Better Cantonese soups don’t need to be salty. In fact, they aren’t particularly strong in any particular flavor. All the ingredients work together to produce a tranquil, harmonic soup like a tender breeze gently making love to a curtain. Too often, the Cantonese restaurants in the Bay Area add too much salt to the soup. And once you get home you end up drinking water for 3 hours straight and pee all night long.

That, is really what much of the Cantonese soups in the Bay Area is missing- the subtle and nuanced balance. Go to Koi and get a bowl of double boiled soup, and its still a bowl of salt.

Re: Janelle Bitker’s review- I’d probably just stick with the soup, all of the other items seem to be there to fill up the menu. XLB, hainan chicken rice, etc. are all items that can make a specialist restaurant all by themselves. And if this restaurant’s focus is the soup, they can’t nearly invest as much effort into making these items properly.

The texture of the seeds was soft but not yet mushy and the taste reminded me of hominy, though I’m not familiar with prickly water lily, foxnut or gorgon nut.

The listing for pork rib with rice in the bamboo boat unexpectedly attracted me because the dish was very camera-friendly and I wanted to see what aromas the bamboo would infuse into the dish.

Best Taste’s $2 soup gets help from MSG, while Imperial Soup’s version doesn’t and is particularly low in sodium. Imperial Soup will prep & steam Cantonese-style for anything you bring in for a mere $5(!) per dish. So shop in one of the several seafood stores in the same block or the next one (but remember they close very early in the evening), and pick up crab, lobster, fish, oyster, geoduck, razor clam, or anything you fancy.

$5? I will gladly have my budget seafood and double boiled soup feast there. How’re their skills with seafood?

Katherine Hamilton in the East Bay Express on the double-boiled soup at Best Taste (and other things such as their clay pot rice): 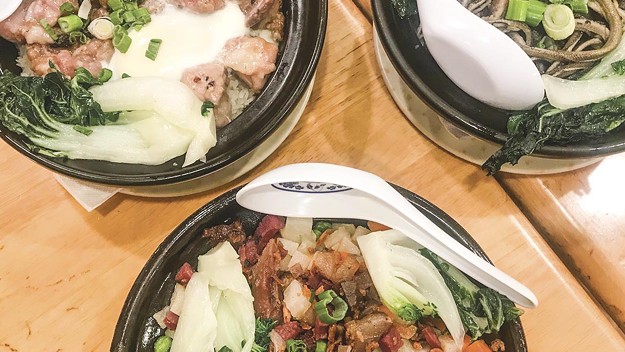 …be sure to ask for the house special double-boiled soup served in a small cup. It’s only $1.99, and my server told us that even though the restaurant has raised the prices of other dishes over the years, the price of the soup has stayed the same.

The house soup changes daily. On my visits, the soup was filled with chunks of bone-in pork, goji berries, and Chinese dates for a broth that was intensely umami-flavored and porky. Toward the bottom of the cup, the soup took on a bitter, medicinal taste that felt nourishing and healing. Sometimes, you’ll open the lid to find a surprise, like the chicken foot that my dining companion (my mom) was delighted to find in her soup.

the link to the Imperial Soup 201804 photo slideshow dated April '18, above, will not work after Dec. 21, 2019 so please try this duplicate from a different server -