No I have not posted but have gotten take out about 4 times now. It is my new favorite for Indian delivery - as my neighbor says Spicy Bite is dead to me now.

I live very near Spicy Bite, and I understand your feelings.

Naked Lunch - fried chicken sandwich and side of marinated beets with fennel was disappointing. Sandwich had two large pieces of fried chicken thighs, but slaw was sliced too thin and had no flavor so there was no textural or flavor contrast to the salty chicken. Even dousing it in Crystal hot sauce didn’t save it’s one note profile. Marinated beets tasted only of water. Whatever the marinade was they weren’t left in it long enough. Even the shaved fennel on top had little flavor. Would not return.

I finally went to Baonecci this week. I had been meaning to go because I had heard good things about their pizza.

It was okay but not very memorable. Their pizza is a bit different, with a very thin cracker-style crust. I had the pizza baonecci which was good because the prosciutto and arugula retained their freshness and weren’t cooked into the pizza. I had read that this was Roman-style pizza but I was expecting something different, with a thicker crust that could be cut al taglio.

I read recently that a restaurant called Montesacro serves Roman-style pizza. Has anyone tried that?

Benvenuto & Welcome to Montesacro Pinseria & Enoteca, the first Roman pinseria-enoteca to open in the United States, taking inspiration from the classic fraschetta of the Lazio region

I’ve tried Montesacro a few times, but only delivery through Caviar. They’re indeed Roman style ‘pinsa’ (Pinsa Romana) which uses a different kind of dough from traditional pizza. It’s basically street food that you can find in train stations and counter stalls in Rome. Its been over a decade since I was last there and I personally don’t remember eating many (not really my thing) so I won’t try and offer comparison because I’m certainly no authority on the subject. As already mentioned, I’ve ordered-in from Montesacro a few times and I’ve tried their pinsa with broccolini and spicy pork sausage, their margherita, and I think I’ve had the one with nduja as well. I recall them being pretty solid for delivery but nothing too exciting. They were just fine. Pinsas are usually smaller personal sized (wonky oblong shape) with a sort of thin pillowy dough that’s supposed to have some light crisp edges and softer center, I believe. They don’t feel as heavy as pizza either. Montesacro’s had decent char and as I said, it was good for delivery - probably much better in the restaurant. I remember enjoying the brocolini sausage one most. Their margherita was sort of boring and plain. Pinsas aren’t really the sort of food I’d choose to sit down and order off a menu to be honest, so I don’t have much interest in dining in person.

Well it sounds like there’s nothing in SF like the Roman style pizza I’m thinking of, a la Gabriele Bonci.

It looks like he’s coming to America though - but to Chicago. I may have to make a trip there

Not sure why I forgot to mention Il Casaro Pizzeria & Mozzarella Bar before. Their pizza is pretty decent and a bit different from Tony’s, but I think I understand the owner used to cook for Tony or at least was somehow taught by him. The pizza I like the best there is the Prosciutto Pizza with San daniele prosciutto, arugula, tomato sauce, mozzarella and comes with a pile of cold shaved cheese they call Raspadura, but it seems a lot like it was shaved right off the top of a wheel of Parmigiano-Reggiano. I have also really enjoyed the burrata plate with sliced mortadella, coppa, and their flatbread. I have enjoyed everything I’ve ever had there. Here are some photos that I lifted from Yelp. 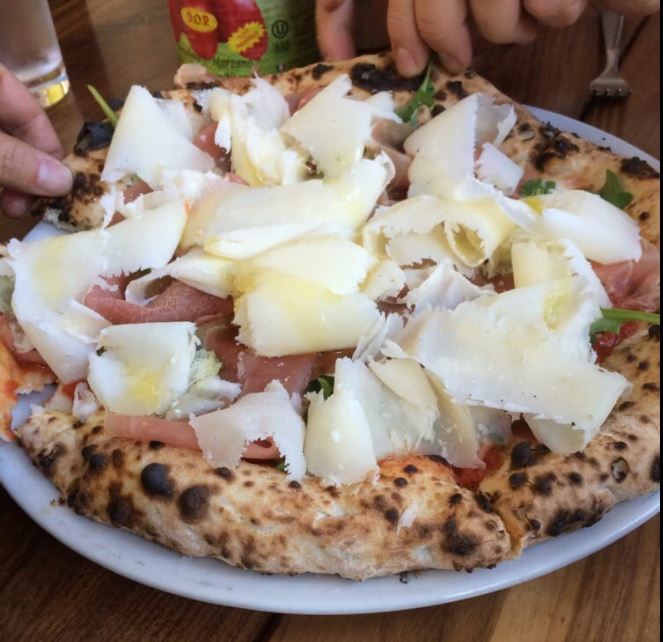 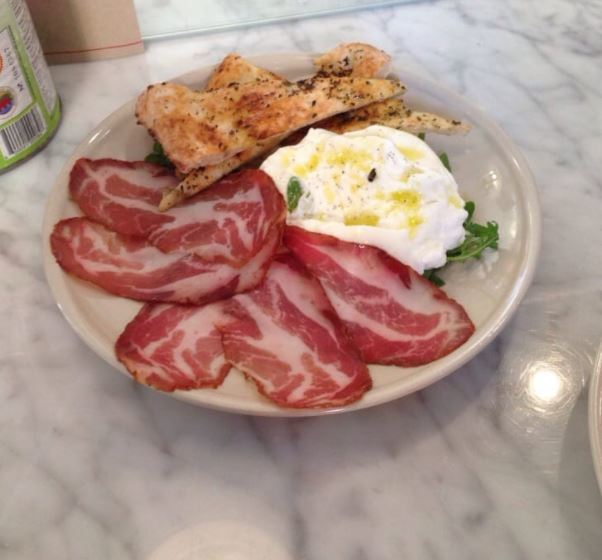 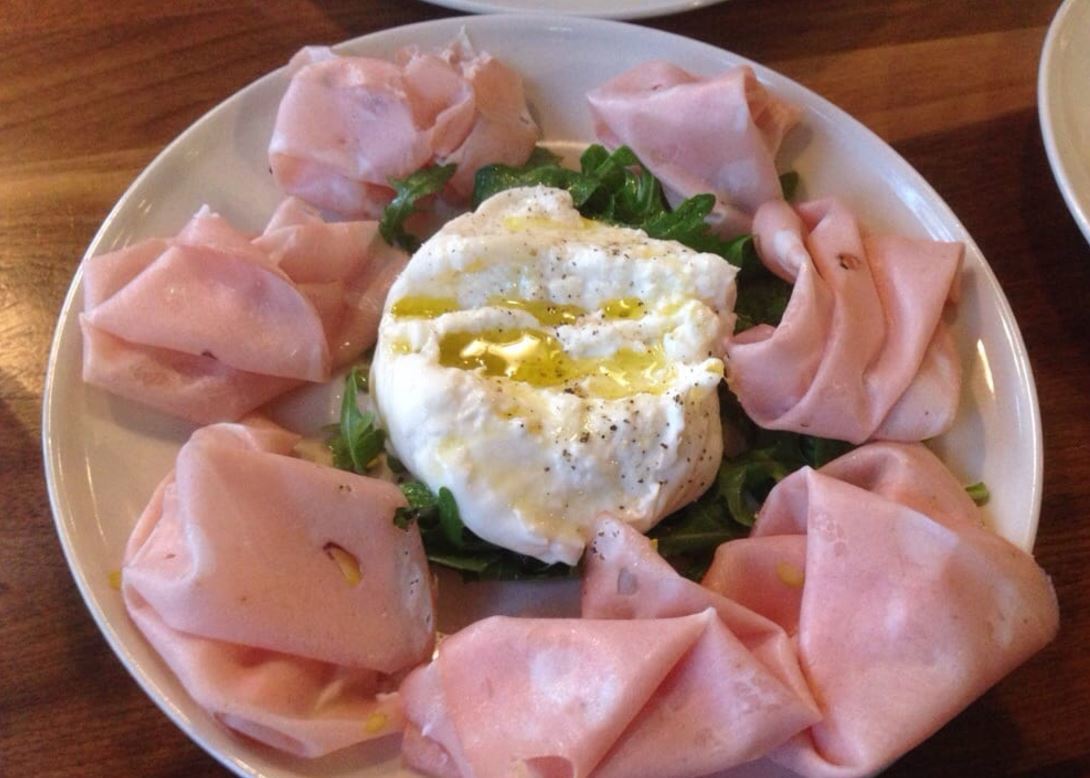 Bunn Mike’s banh mi on Columbus. Grilled pork, spiced chicken, tofu, traditional, all $6 for now. They also have Vietnamese coffee made from Cafe Du Monde’s canned coffee for some reason. They are just OK. I’ve only had the pork. Decent size. The carrots skew a little too sweet and they are a little heavy on the mayo. They are using the right bread but today it was clear it was yesterday’s bread, beginning to go stale. Not in the same league as my favorites Saigon Sandwich and Dinsosaurs.

Cilantro Taqueria on Mason Street: I would call this a serviceable neighborhood Mexican joint. Burritos, tacos, quesadillas. Very clean and the food tastes fresh, but nothing stands out. Salsas are pretty undistinguished.

Both places are nice to have for a cheap lunch option in North Beach but neither is destination worthy.

Miyabi Sushi on Mason at Bay changed ownership and has a new name that I don’t recall. They put out a smaller menu and raised all prices by about $5. I liked Miyabi’s veggie udon soup for $8, but now it it $13.

There’s a Bunn Mike now on 17th & DeHaro (Potrero). The partial sandwich I had the other day was ghastly. The rest went in the trash bin.

Miyabi has changed to There Sushi Bar & Restaurant. I have not been yet, but the Yelp reviews are all sterling. (whatever that means) Went to their website and there is not much listed on the menu that was mentioned in many of the Yelp reviews so I’m assuming they have not really caught up yet. Still hoping for good things. 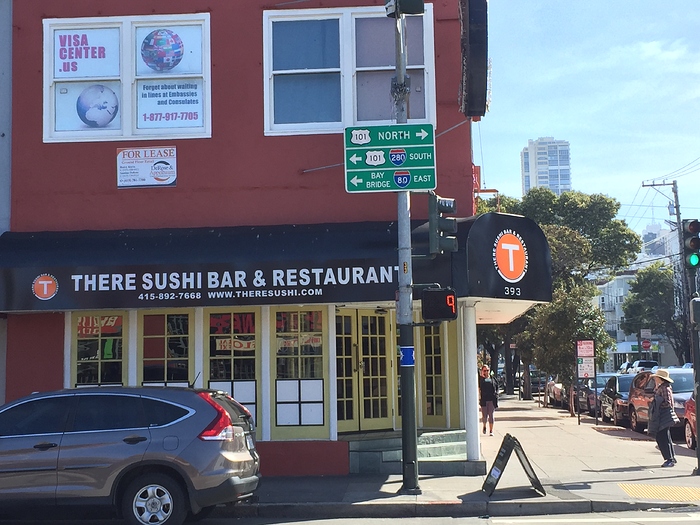 There Sushi is now New Thai Elephant, which appears to be a second branch of a San Mateo restaurant. 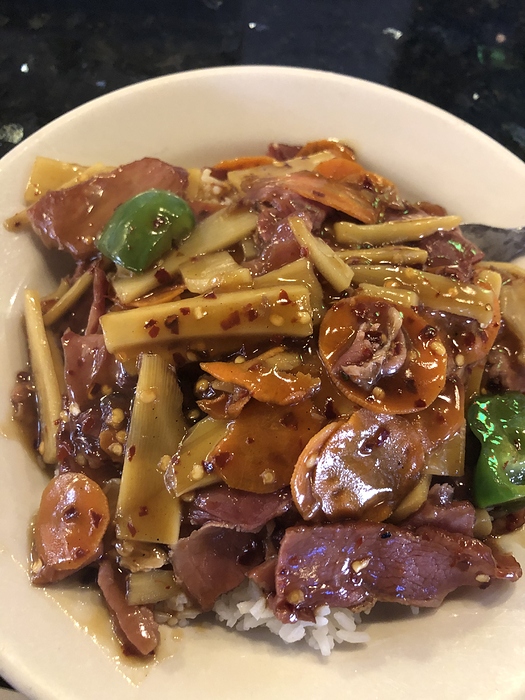 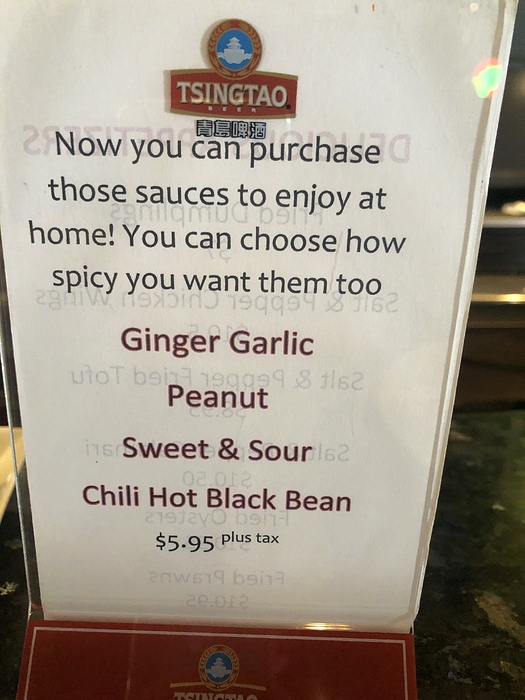 image.jpg10368×383 281 KB
Brandy Ho’s lunch special. $9.95 for a cup of hot & sour soup, scallion pancake, pickled veggies, and smoked ham over rice. Scallion pancake was great, hot, not greasy and nice scallion flavor, variety of pickled veggies had a nice spice but just a tad sweet for my tastes, soup was decent. Smoked ham over rice was generous and very good, I prefer it over Henry’s Hunan version. You can also buy jars of their sauces. Quite a bargain for a fast hot lunch.
2 Likes
brisket44 March 7, 2020, 12:22am #34 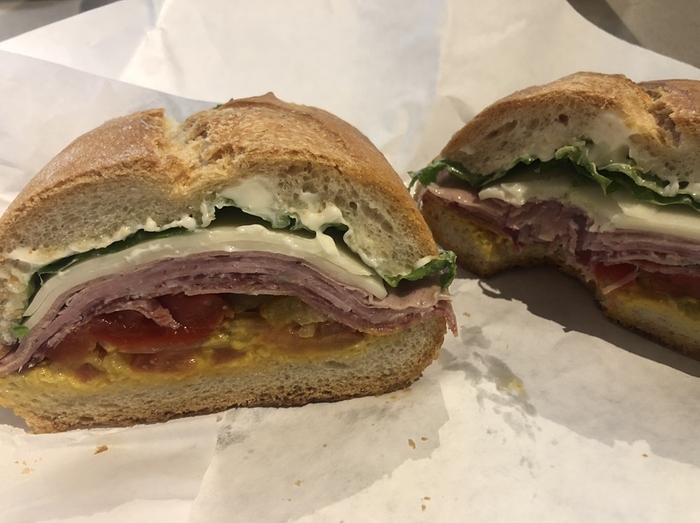 How is Caffe Sport at 574 Green Street doing these days? I was a regular for lunch about 35 years ago when Chef Antonio La Tona was still around and staff would grab young women from our table to show them the magic in the kitchen.

According to their site, they still offer lunch but only on Friday through Sunday. I still remember fresh bread and olive oil for dipping - you better not dare to ask for butter.

Our usual, if the waiter allowed us to order these dishes. was pasta al pesto, calamari insalata and Scampi all’ Antonio - Gulf Prawns in white garlic sauce (no cream in it) with steamed zucchini amidst pools of olive oil.

Years later, our waiter (Giuseppe?) opened his own place on College Ave. in Berkeley called Trattoria La Siciliana, good food but it didn’t have the vibe that Sport had its heyday.

Yes they are still kicking. Looks good but I don’t usually have time for a sit down lunch. Thanks for the tip, I’ll have to try to make time one day.

After doing the Caffe Sport post, I checked some more recent reviews and it appears it was sold a few years ago and let’s just say that many of the newer posts express disappointment in some of the changes made. In the old days, lunch was much cheaper than dinner and the large family-style platters could serve a small crew. It was a fun place.

Also, Maykadeh Persian at 470 Green St is highly regarded, see Hyperbowler’s post, above, and is open for lunch 7 days a week.

It looks like several of these places have low-cost lunches. 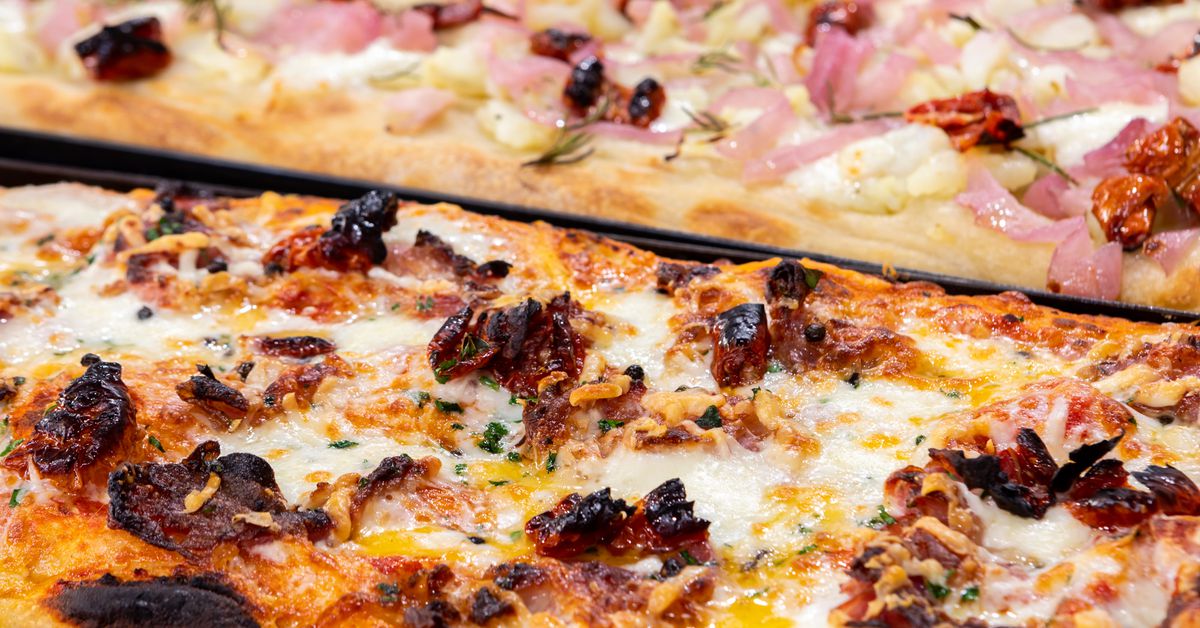 The Best Eating and Drinking in North Beach

From old-school Italian to new-age drinking dens, it’s all here