I figured this out on my own early in the pandemic. I was more concerned about food delivery people “tainting” my food in some way rather than the delivery being skipped or late. I figured if people didn’t see a tip on the order they might be more willing to do “something” to my order vs. seeing a 20% tip. So although I would prefer to tip cash to “benefit” the driver, I have been leaving my tip(s) electronically to try and ensure it’s safe and unaltered delivery. Personally I say every delivery service should have a mandatory 10% tip/charge for the driver included. So every delivery person understands that’s the minimum then let people tip additionally above that if they choose. That’s my $ .02 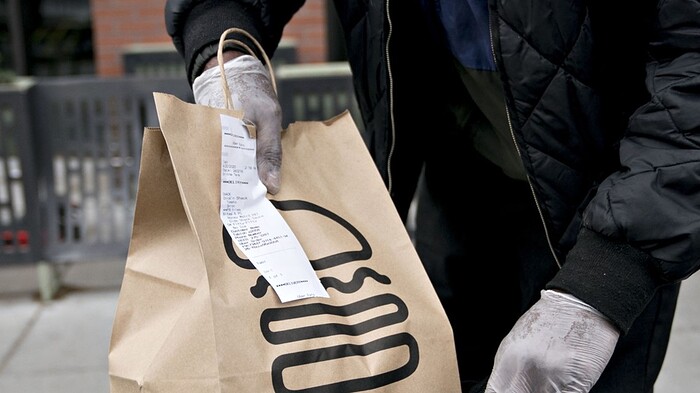 Food delivery services are more popular than ever during the pandemic, but with that popularity have come more problems

In the UK, our main home delivery company allows you to add a tip for the driver. My partner adds one when she’s ordering - generally 5% or so. I generally don’t. On the rare occasions that we order through the #2 company, they don’t have that facility. Presumably, any customer wanting to tip would do so in cash. We generally don’t tip.

As you’ll know, the UK is not particularly a tipping nation so my guess is that my partner’s in a minority. I happily tip in a restaurant or happily pay the discretionary service charge added to the bill if that’s a route a place has gone down. But I don’t tip other people who are just delivering to the house. I doubt whather any of those Amazon guys would even think they might get a tip.

My current method is 15% on the credit card and additional cash to bring it to 25% upon arrival. I don’t get delivery that often lately, although I used to. But I no longer get home too late or too tired to cook, because my commute is now 0 minutes.

I doubt whather any of those Amazon guys would even think they might get a tip.

No, but the difference there is that Amazon workers are (at least relatively) well-paid. Food delivery drivers here in the States receive the same type of pays as servers–below minimum wage and dependent on tips.

Since the pandemic began, I’ve been more generous in the tipping of drivers . . . $10 or 20%, whichever is higher. This is especially true since I learned most of my local places require the driver splits the tips with the folks who used to be servers but have now become order takers (and nobody tips the person answering the phone). Added bonus: my food almost always arrives quickly and piping hot.

Food delivery drivers here in the States receive the same type of pays as servers–below minimum wage and dependent on tips.

Ah, that’s definitely a difference. Drivers for the major company are paid an hourly wage that is below minimum wage but they then get additional pay per trip which would take them over minimum. A recent report in my metro area suggests delivery drivers earn about 50% more than minimum wage, so quite well paid. in fact, very well paid in comparision with what a relative earns driving a taxi.

I use DoorDash which includes a spot for the driver’s tip. I tip there so there’s no contact at the door. I just open the door and fight the dogs off me as I bring it in.

Personally I say every delivery service should have a mandatory 10% tip/charge for the driver included.

I understand the point of that, but I can also imagine that there might be ways for it to end up backfiring. Directly eliminating the ability to pay anyone below minimum in the first place would make more sense.

There’s also the structural problem that a minimum overall benefit is hard to sustain unless you also have a maximum overall benefit, to prevent the goalposts from moving. If you raise the minimum wage but then inflate everything else accordingly, you’ve accomplished basically nothing.

At least one very successful retail business owner in Canada has voluntarily limited his own income to some specific (non-outrageous) multiple of his lowest-paid employees’ income, but unless that becomes a law it’s not having a major effect generally.