For a couple of years I’ve read about the hot trend of eclairs in France and in Hong Kong. The varieties are dazzling to look at! I loved the idea of an eclair craze coming to Connecticut (not exactly a place for hot food trends:) but all I see around here are the ubiquitous cupcakes with a big scoop of fat on top (where did that style come from?), or worse ‘hot new doughnut shops’. I love almost all pastries but not doughnuts - grease sponges with bright thick sugar toppings. Will we ever see ubiquitous eclair shops? I wish and hope.

If I could just get a simple, fresh eclair with balanced proportions, I’d be happy. The pastry for eclairs, kind of like doughnuts actually, is only good the day it’s made. But more often than not, bite into an eclair and you’ll be greeted with stale, soggy pastry. And then you have to hope the glaze on top isn’t so thick that it overpowers and oversweetens the whole thing. I’ve just resolved myself to making them at home. You can freeze the shells, before or after baking, your choice. That makes it much easier to have eclairs whenever you want. Whenever you have leftover ganache or pastry cream or pudding or swiss meringue buttercream, you can make yourself an eclair that is different than the last one you had.

Perhaps there is a Beard Papa near you?

My working theory (all anecdotal) as to why some trends don’t make it in America - we as a group are drawn to big and messy, not small and meticulous.

So I don’t think eclairs will take over here unfortunately. (I wish they would along with a lot of other things). They are too small and dainty.
Americans flock to a huge cup cake with an insane amount of frosting, like you mentioned. Or the cronut … or giant ice cream sundays instead of macaron, eclair, or any other French style pastry.

We miss a lot because of that I think.

I had no idea of the eclair trend. I agree they look tasty and delicious. Thanks for bringing it to light. 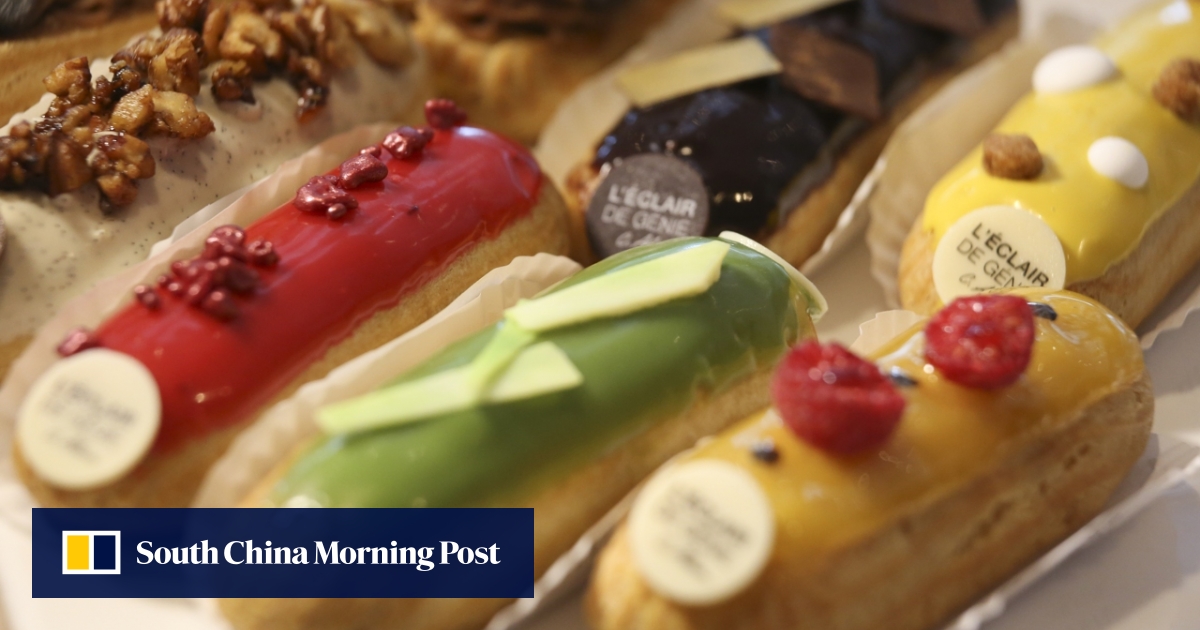 I don’t know if two shops makes a trend, but Seattle has a Beard Papa and Choukette (which I have not visited) https://www.choukette.com/

Also, one chain of Pho restaurants gives cream puffs with every order, and this bakery offers filled-to-order cream puffs in various flavors. https://www.crumbleandflake.com/menu/

So they’re out there, but there are still way more cupcake, doughnut, and macaron options.

There’s Eclair bakery on the UES in nyc, although the eclairs are rather pricey they have a wide variety of flavors

I think that as a trend/“thing” that eclairs won’t take off because they are very perishable and also take a level of pastry expertise that i feel is a different skill set from cupcakes (i can make cupcakes, eclairs? Doubtful.)

As an aside there were a number of locations of Beard Papas here for a few years but then most of them are also closed now, so if with the backing of a large those eclair and cream puff shops couldn’t survive i don’t know how a smaller independently owned one could…

A couple of people of brought up Beard Papa - in my opinion, these aren’t eclair in any sense, they are cream puffs - similar I guess but not the same.

I do like them (we now have 2 in the Boston area) - they are big and messy so they may have a better shot at success.

I’m all in for eclairs - they are one o my favorites. However, the real action? Profiteroles.

You can always find choux dessert in most bakeries in France, the classic like chocolate éclair or coffee éclair are the most popular. At times you can find Paris Brest and other classics like chouquette or religious. The bakery ones are mostly industrial frozen dessert, and I must say generally they are not particularly good and the choux pastry is soggy. The choux pastry Saint Honoré is found in artisan pastry shop.

Since they exist all the time, they are never out of date, but the “trend” is never as big as the macaron trend. A few years ago, some specialised choux pastry stores appeared, including L’éclair de génie.

@Thimes I don’t know what you referred here as cream puff if they are like in France: sliced choux pastry sandwiched with chantilly. Like profiterole, both of them are usually restaurant dessert and not bakery dessert. 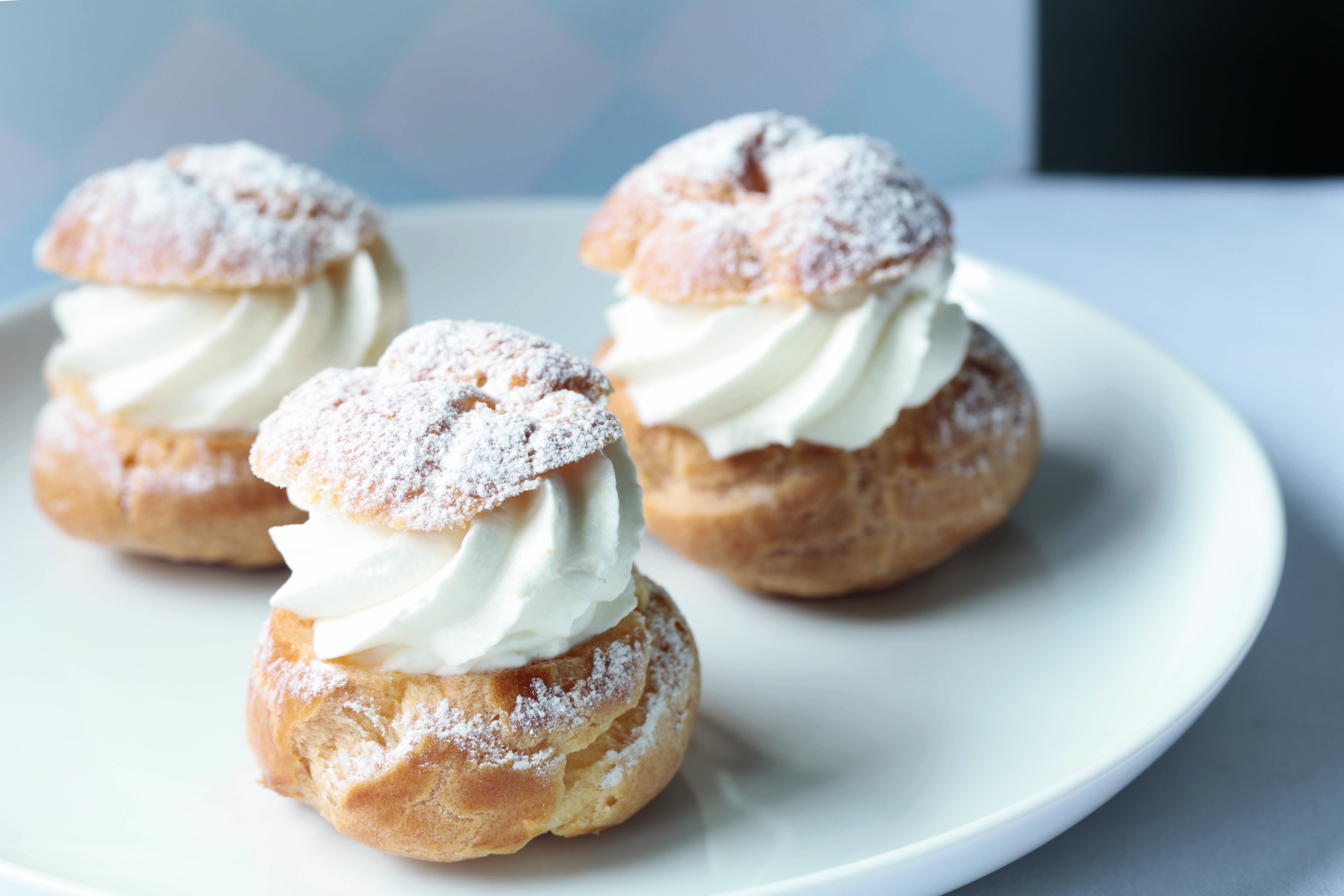 I know there are a lot of French expats working in Hong Kong, I guess there are many French pastry chefs opening stores or doing pop up stores to see the potential. The Chinese preference for dessert: they shouldn’t be very sweet, should be light in texture, they like it soft: cheese cake is very popular there. Note that the size of dessert is much smaller in portion size than in France. I guess that is the reasons why choux dessert is popular there.

’ve just resolved myself to making them at home. You can freeze the shells, before or after baking, your choice. That makes it much easier to have eclairs whenever you want.

Very true, I made it twice or 3 times. I freeze the whole éclair (the shells with the cream). You can just thaw them in the fridge for a few hours and ready to eat. They aren’t very beautiful, my éclairs, but better than the soggy ones in many bakeries.

A couple of people of brought up Beard Papa - in my opinion, these aren’t eclair in any sense, they are cream puffs - similar I guess but not the same.

I do like them (we now have 2 in the Boston area) - they are big and messy so they may have a better shot at success.

Several Beard Papa locations here in the LA area. They do cream puffs primarily, but they have different versions of cream. They always have chocolate and vanilla creams, but they have a limited flavor of the month, like strawberry or green tea. They have the plain cream puff pastry, but they do also offer a chocolate eclair pastry too.

I really like their items because they are a Japanese based company and make their desserts less sweet to appeal to the Asian palate. I don’t like super sweet desserts, so they are perfect for me!

I enjoy them both - I just don’t consider them equals. 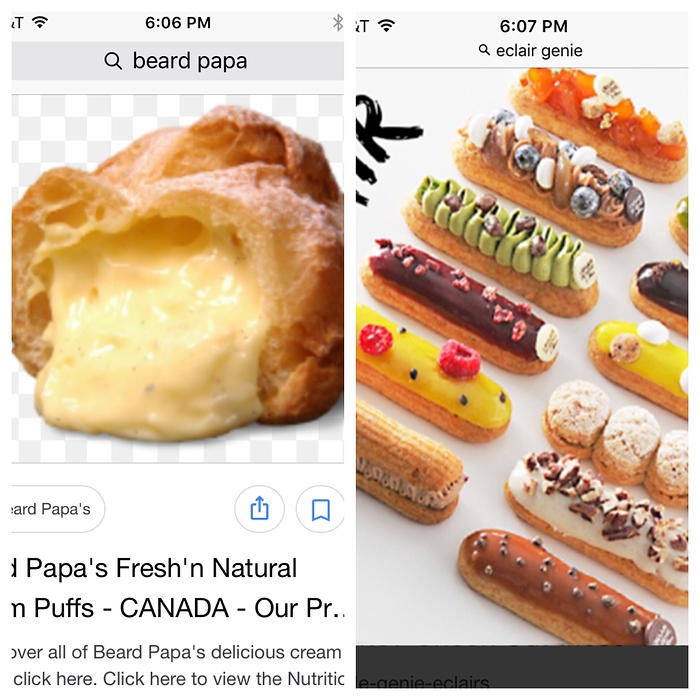 I enjoy them both - I just don’t consider them equals.

We have a lot of Asian bakeries in our area and many of them do eclairs similar to the Beard Papa filling style. I’m guessing it’s more Asian style as opposed to the traditional French style. It’s better than the donut shops selling cream filled yeast donuts and calling them eclairs!

I think this thread shows why the eclair trend hasn’t had any traction here in the US.

Where is the thread?

I think it’s hard to lump it all together since the US is so big compared to a much smaller city like Hong Kong. I’m in the LA area, and we do have several good French bakeries that do incredible eclairs and other pastries. (and a gazillion Asian bakeries, due to the large Asian population, many of which do Asian-French style pastries). We have a couple of eclair shops too. But I doubt smaller towns have those kind of options available.

If macaron trend has came to US, maybe people like sweeter dessert? Also reading certain links the high price might be another reason? Some places sell éclairs for $8, that’s too high. I think around $5 is more reasonable.