Dairy Ashford and I-10 in an Old Texas Land and Cow.

Yikes! My streak of going west of the Beltway on I-10 only once in the last 7 or 8 years could be in jeopardy, of course I can always go Memorial to Dairy Ashford. Yeah I’ll do that.

Doobs, how’s the chicken fried steak? Since the demise of AAA I’m looking for a new favourite.

Where do you people out there go for cfs? Lurkers are welcome, we’re a friendly little group and don’t bite. 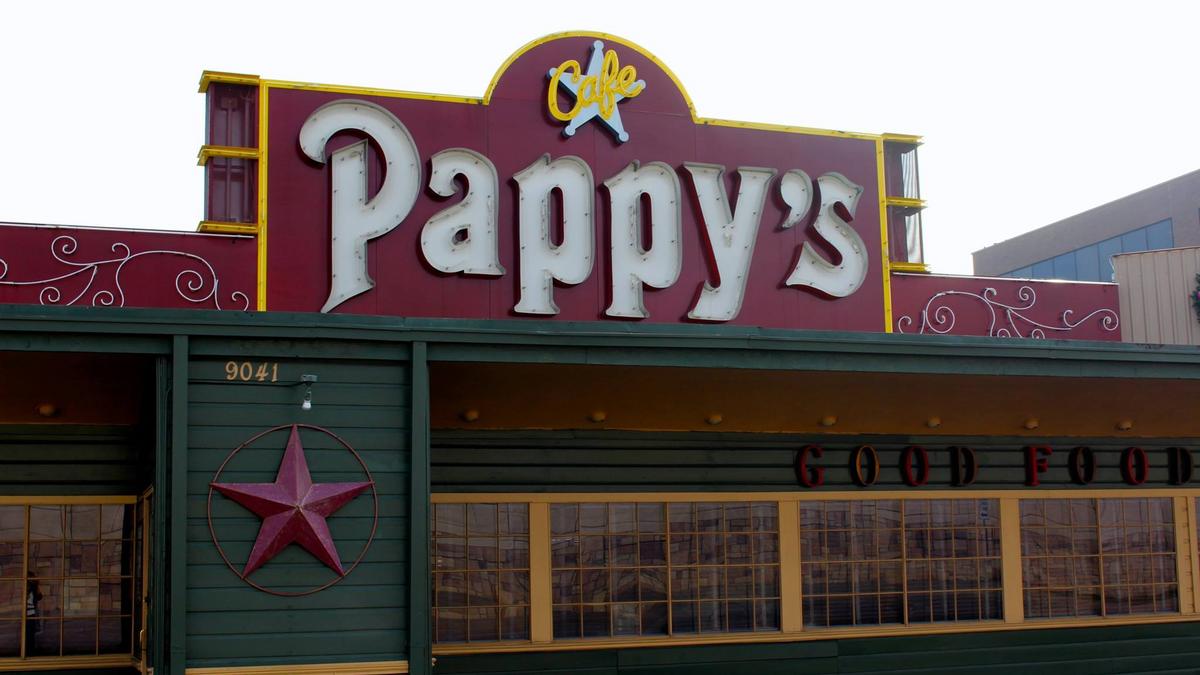 I saw the signage on the old Land & Cattle this week, it’s a much nicer building. I only eat cfc and my favorite is away up in the Woodlands at Republic Grille. Outstanding. Of course you know of the legends at Goodson’s and Mel’s up in Tomball? I wonder if the legend stems from size alone, because they are off the plate large. To me, it’s all in the gravy. Floury paste is no bueno.

Every time Pappy’s has been mentioned here and on CH, I’ve thought I really should get up there and try that. Maybe now I will. The new location will be more convenient for me coming off the Beltway.

JC - Have only had one CFS in the past 5 years or so, at Lankford Grocery. Not as good as I remembered it and only available on Thursday at lunch.

The best one I’ve had in the last 20 years or so was the original Kelley’s Country Cooking on Broadway at Park Place. I go for the CFS fingers with a bowl of gravy for dipping. I’ve eaten at a couple of the other Kelley’s but none are as good as the original and it’s a fantastic time warp, too.

Back before that – well, those places are all gone, anyway.

A friend is taking me to lunch this week for my birthday; I’m going to steer him to one of the Hughies locations and suggest he try the CFS. I’ll get a bite if I can and report.

Of course you know of the legends at Goodson’s and Mel’s up in Tomball? I wonder if the legend stems from size alone, because they are off the plate large.

I’ve seen the pictures and there was a time that would have been enough to spur me on but I’ve never been – I suspect that’s a big part of the appeal and I couldn’t handle it these days.

BTW JC - not that I expect you’re going to trundle all the way over to the Gulfgate/Hobby area, but be advised the portions at Kelley’s are humongous.

Come on guys…I want to see some TX cfs pics. We don’t do that around here too much so help us northeast folks out! 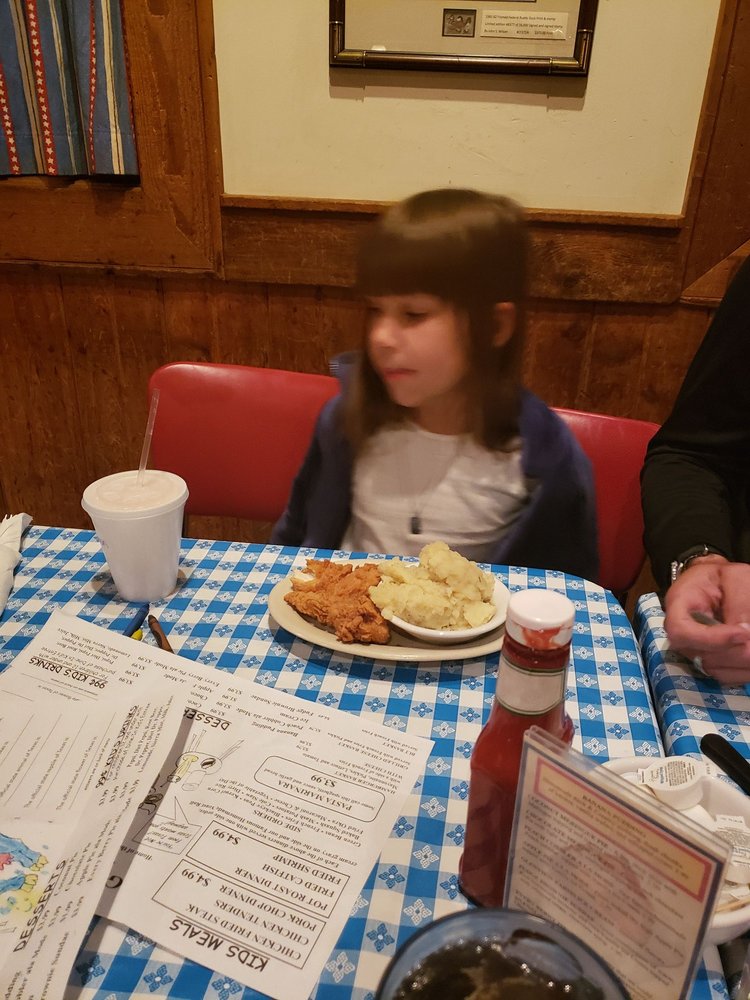 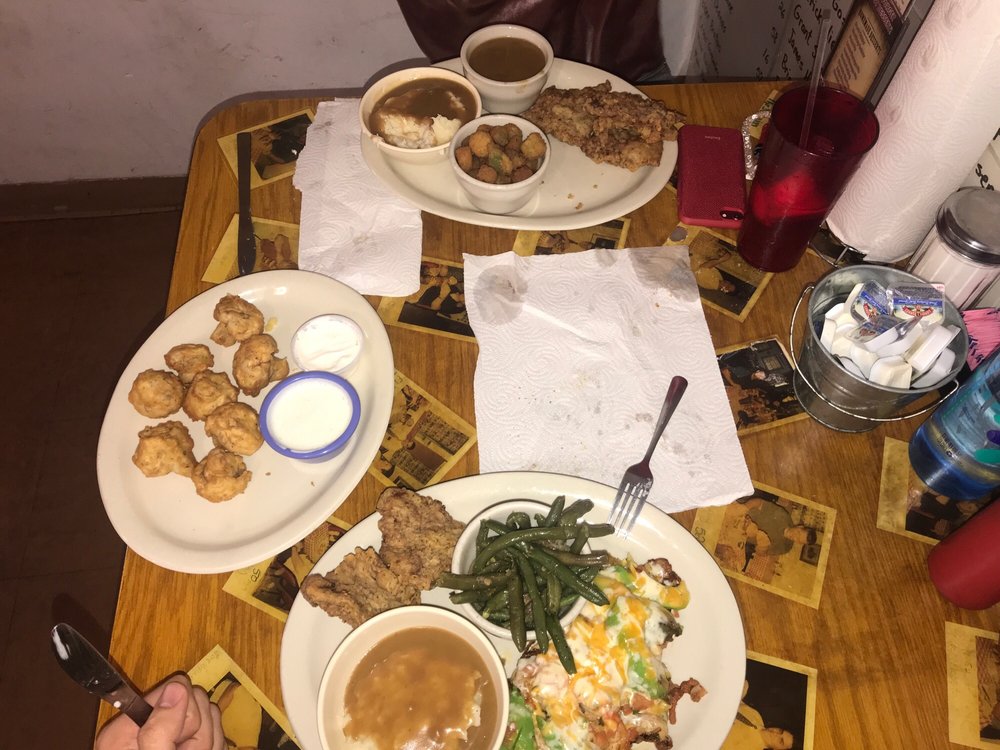 do you doctor it up with anything or just eat it? 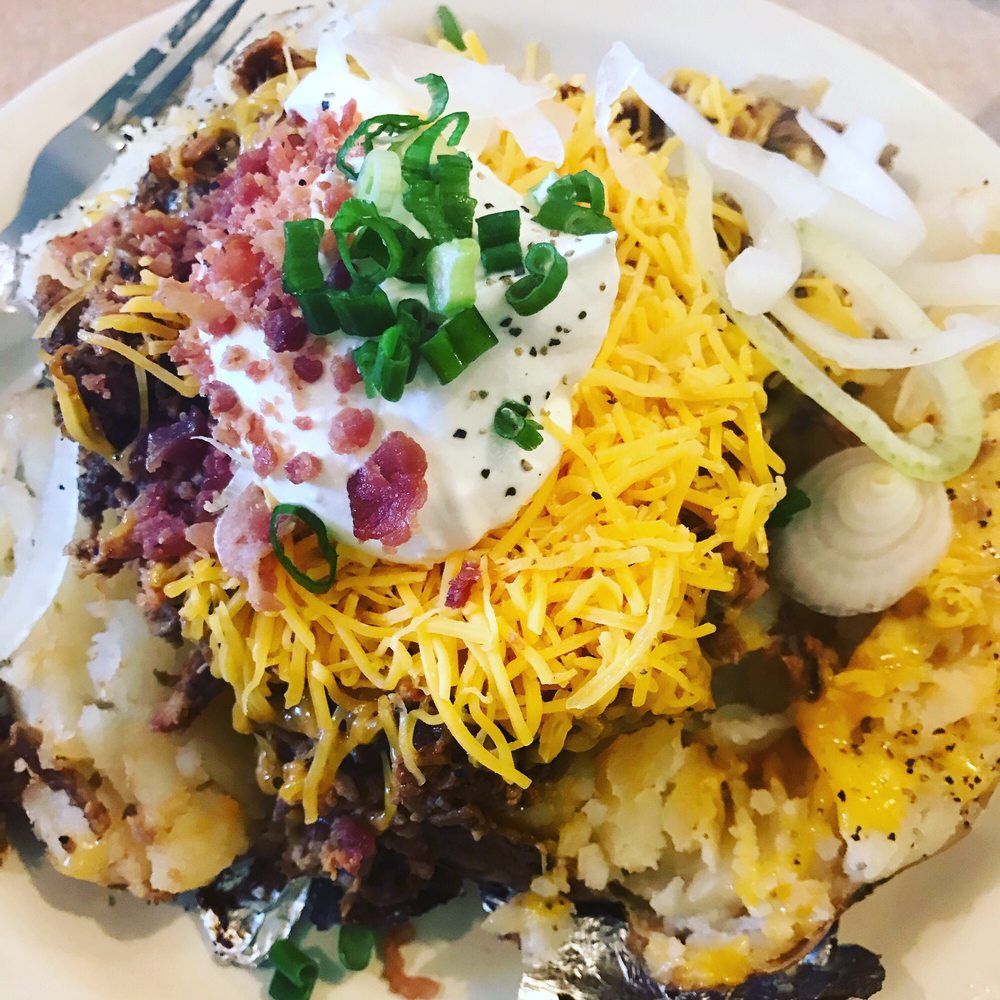 You’ll see lots of pictures with cfs covered in gravy, I’m along with the Wifeacita are strictly gravy on the side, I’ll rarely dip more than a couple of tablespoons of gravy on mine. I’m a meat and crust guy.

My chicken fried steak recipe which was my Mom’s and I assume my Grandmother’s which I learned by observation and helping out, nothing was written down.

Get a lean round steak and cut all the fat off and cut into smaller pieces trimming off as much grizzle as possible.

Pound both sides with the large side of a meat cleaver, repeat with the small side.

Put the steak in some flour with salt and pepper and pound both sides again with the small side and it will be tender.

Dip in egg and milk with more s and p place in seasoned flour and double dip.

I fry in Crisco vegetable oil no more than two minutes a side.

You’ll see lots of pictures with cfs covered in gravy, I’m along with the Wifeacita are strictly gravy on the side, I’ll rarely dip more than a couple of tablespoons of gravy on mine. I’m a meat and crust guy.

Hickory Hollow is near my office. I will say that those fried balls are delicious balls of jalapeno spiked mashed potatoes and that bowl of gravy next to it is a chicken broth gravy…amazing.

I haven’t been to HH in a long time. I started watching the video and said ‘whoa, they have servers on roller skates now?’

Nice! I have to give this a shot. I don’t eat many cfs up here and haven’t tried to cook any. I cook a lot of steaks but this is something that we don’t do much of around my neck of the woods.

@Lambowner you’re killin me! That is a beast. They definitely do it bigger in tx! Just out of curiosity, what does that plate run?

And yes…that looks like a very talented wait staff

what does that plate run?

Even includes a CFS photo.

(Scroll down to second item.)

Holy cow…that’s a great deal! I don’t think there is anything like that here in nj