We were attracted to Tujagues partly because of its menu and partly because it’s the city’s second oldest restaurant. You’d hope that, after all that time, they’d know how to run a place properly – and they do.

There’s a bar as you walk in – it was packed when we arrived and deserted when we left, which seemed odd. Through the bar is the dining room which was also packed. And noisy. Very, very noisy. We were glad we sat next to each other and not opposite, as we at least had a fighting chance of being able to understand what the other was saying.

There’s a full menu leaning heavily on local dishes and they offer an option to have a sort of five course tasting menu by adding $28 to any main course price. So we did.

First up was shrimp remoulade. This isn’t something we’d had before so had no idea what to expect from an American remoulade. Well, it’s different from a French remoulade that’s made with mayo and mustard. This sauce was very astringent from vinegar. Too astringent for our tastes and it meant you couldn’t actually taste the shrimp.

Next up, duck and crawfish gumbo. Now this divided us. My companion in life didn’t like it but I loved it. So I ate hers as well. It was nicely presented. A bowl of good stock – someone knows how to make a proper roux – to which shreds of duck and crawfish are added. Rice is added to the bowl, the heap of white contrasting nicely with the soupy parts.

Brisket features on the menu as a main course but it’s a sampler portion that’s brought next. Long cooked , very flavoursome beef with a really poky horseradish sauce on the side. It might have nice if the kitchen had put some effort into plating this. With this, and other courses, it looked as though the food had just been thrown on the plate.

Main courses now. For one of us, gnocchi with two kinds of mushroom, in a cream sauce. Exactly what was wanted after several days of restaurant meals featuring big lumps of protein. For the other, a double cut pork chop was perfectly cooked to medium and was delicious with its apple glaze. Alongside, chunks of sweet potato and the slight bitterness from wilted chard worked well.

Bread pudding is a classic dessert of the south. Here it’s quite dense, almost cake like. It comes with a rich toffee sauce. Again, it’s only a taster portion but it’s so rich, you don’t need more.

Service was absolutely on the ball. There were four or five middle aged guys who knew their craft perfectly – watching their tables and knowing when plates were finished or something was needed. Just what you want from a server and rarely ge

Thanks for the report. I didn’t eat here but stepped in the bar at around breakfast time (because why not?) and it was pretty empty. Had a grasshopper cocktail, which was apparently invented here. Creme de menthe, creme de cacao, heavy cream, shaken and strained, with a little brandy drizzled on top. Like everywhere else in New Orleans you can get it to go as well. It was good, tasted like a boozy andes mint. Would probably make a good dessert. 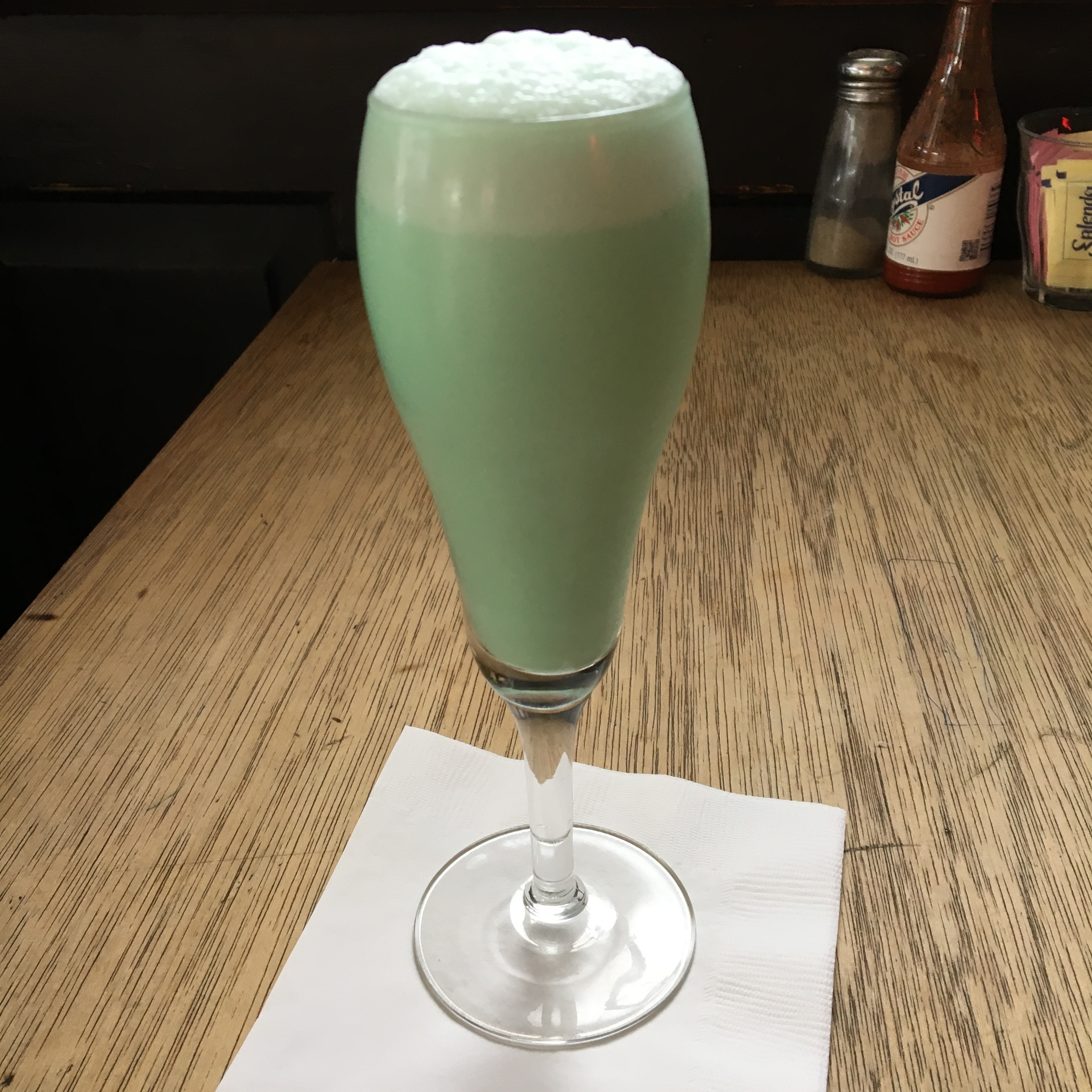 Thanks for the report. I didn’t eat here but stepped in the bar at around breakfast time (because why not?)