Forget the silly spelling of the name – this is a serious place. We had to wait a few minutes for our reservation. The manager did try to speed things along, offering us seats at the chef’s table, but we declined preferring a “proper” table.

It’s an upscale place, the menu having its own caviar and salami sections. For starters, one of us went with a raw vegetable salad – fine shavings of carrot and asparagus, together with frisee. Dressing was a light and very fresh citrus vinaigrette. The other starter was house made country pate. Bang-on for flavour, although the texture was much smoother than a French pate de campagne. There were very good accompaniments – nuts, pickles, chutney… And there was good bread for both of us – a wheat roll and another than had used duck fat in the baking.

Tuna was given an interesting spin. There had been a light marination in what was a sort of BBQ sauce. It had then been lightly seared so that it remained mainly raw. And there were cheffy twists on the BBQ theme, with corn cakes, as light as a feather, an excellent coleslaw with only a tiny amount of dressing and a little scattering of BBQ beans. It was all rather clever. And all very tasty.

Across the table, another cheffy take, this time with lasagne. This wasn’t sheets of pasta built up into a stack, but folded casually across the plate mixed with the cheese sauce – the cheese was caciocavallo. In between were cubes of aubergine and chunks of cherry tomato. A drizzle of pesto across the top finished it off.

Desserts were simplicity itself. Or, at least, looked simple. A single ball of peanut butter ice cream for one of us. A single ball of satsuma sorbet for the other. Both house made and absolutely delicious. A real credit to the pastry chef.

And, to finish, some OK petit fours.

Of course, food like this does not come cheap. And with the current sterling/dollar exchange rate pricing is a real killer. But this food is worth every penny.

Had an excellent lunch here with friendly service while I was there in late October. We had wanted to lunch at Galatoires on a Friday, but it was the Friday before Halloween and it was full. We walked over to R’evolution, which was pretty empty and remained so during our lunch.
We started with crab beignets with four different sauces. Everything about this dish, even the slaw, was fantastic! 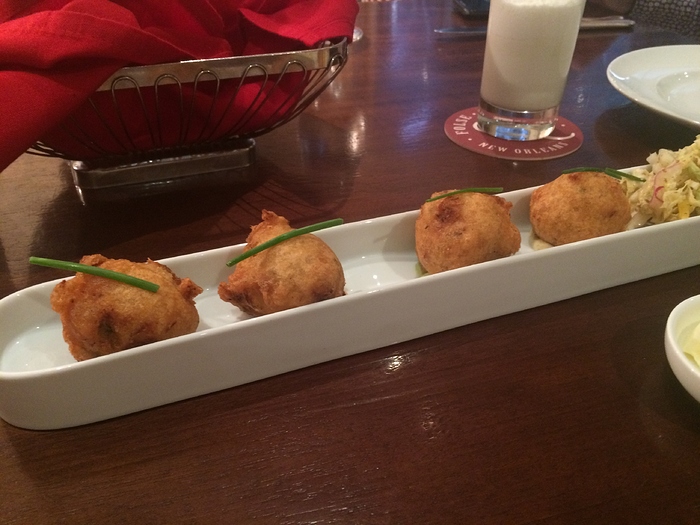 I got the turtle soup. It was good but once was enough, for me at least. 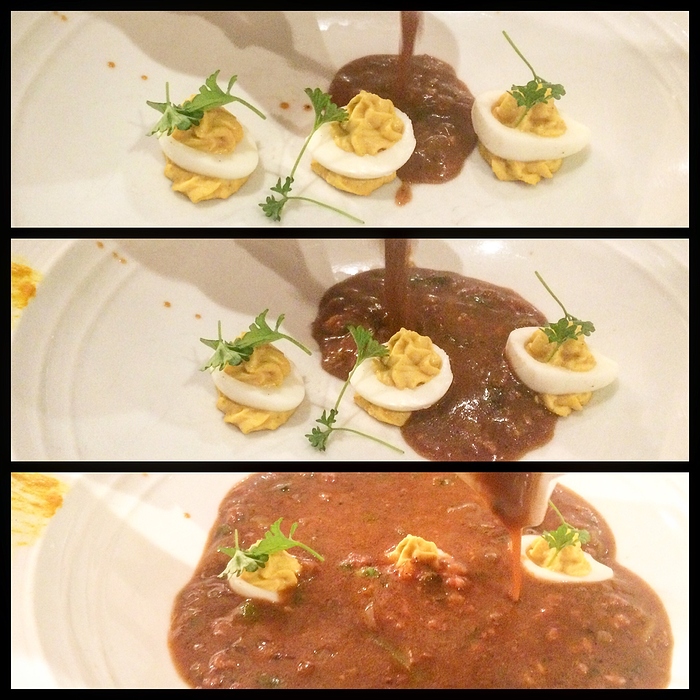 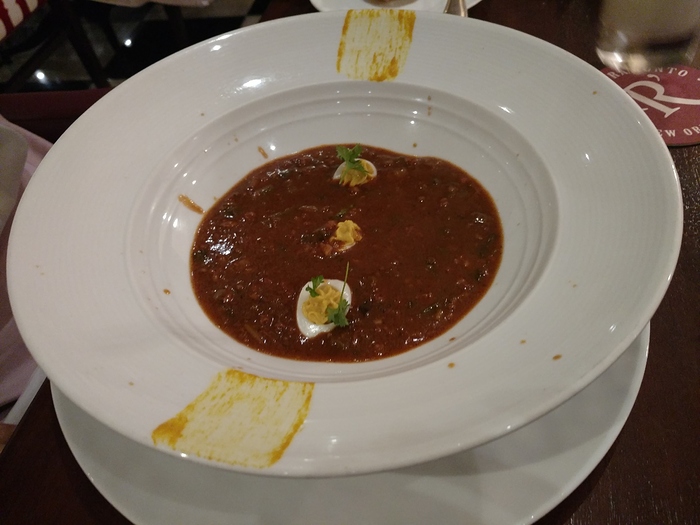 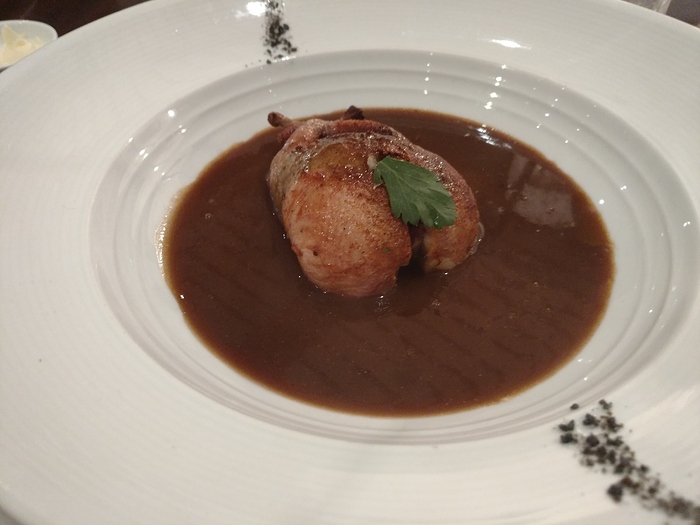 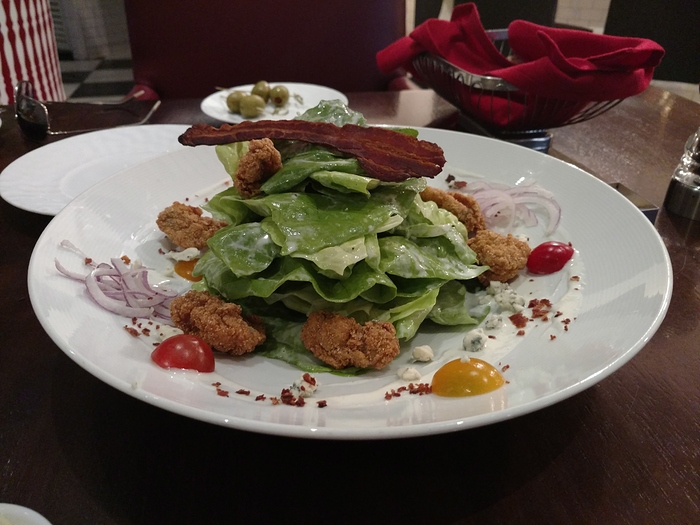