I’m gonna be in New Orleans solo for a few weekdays in late January. Thinking about Cochon and Commander’s Palace for two dinners. I’ll be posting a tentative lunch itinerary soon.

Before I do that-- would anyone in the area be interested in meeting up for a meal? If so, send me a private message.

Also, I need to pack a takeout lunch at 7:15am one day. Any strong suggestions? I’m tentatively staying near Lafayette Square, but would be willing to move hotels if it means I can squeeze in a special meal!

If you are planning a Friday lunch, you might consider Galatoire’s.

My first night in New Orleans, I took a trolly from downtown to Brigtsen’s, a converted house turned into a restaurant in Carrollton, near Tulane. Ambient folk rock music matched the subdued tone of the restaurant, white table cloth but not stuffy. Friendly servers.

Butternut shrimp bisque was smooth, with puréed shrimp bits just large enough to be identifiable in texture. Crystal Hot sauce added a kick (i’m not very familiar with Cajun and Creole cuisine and noticed spice heat and butter or dairy to be a theme during the meal). 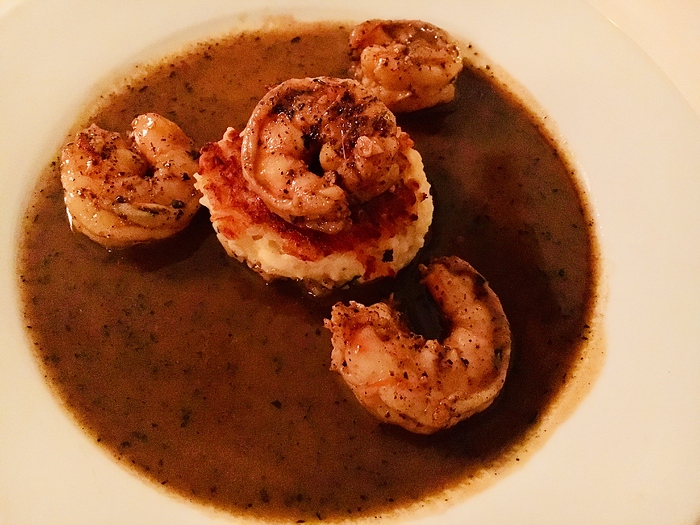 The BBQ shrimp, sautéed and paired with a rosemary (sage?), Worcestershire, and garlic sauce was intense and complex, unlike anything I’ve had before. The creole rice cake below it had a crumblier texture than arancini and I preferred it sauceless- I soaked up the sauce with a baguette (mmm… banh mi bread).

The sweetbreads, creamy interior with flour coated brown exterior, were excellent and paired with a mushroom sauce. 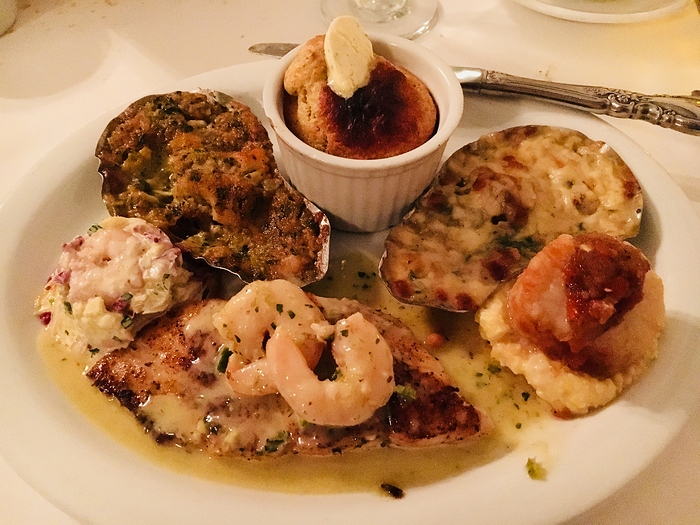 And finally, the seafood platter, the “shell beach diet”, five seafood dishes and a slaw. My favorite item was the drum fish, which had large white flakes and was in a jalapeño lime sauce. Cornbread, baked in a mini-ramekin was stellar and topped with a jalapeño smoked corn butter. 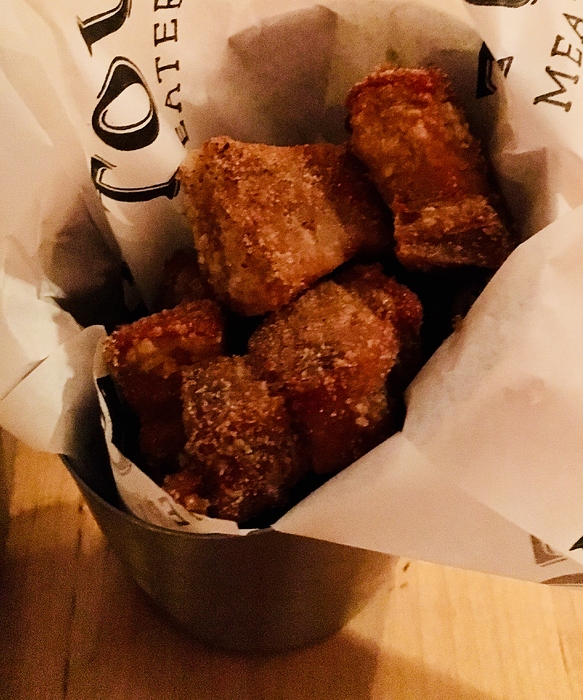 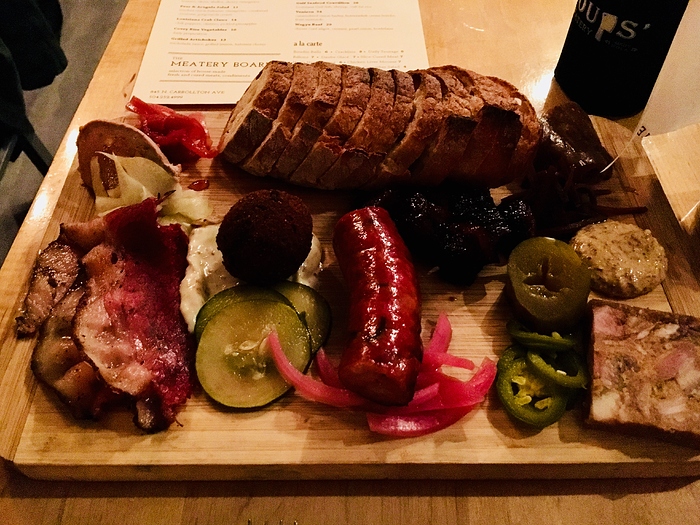 Commander’s Palace sounded too stuffy, so I followed the advice of some locals I met at Brigtsens and went to Toup’s north for the meatboard. The chicharones were my favorite—- crisp porky cubes, smooth in the center, dusted in a salty spice mixture. Thin sliced, bacon looking, pastrami initially offended my NY sensibilities, but redeemed itself with an unexpected juiciness and perfect mix of salt and smoke. Everything else on the board was great, Including the boudin ball. 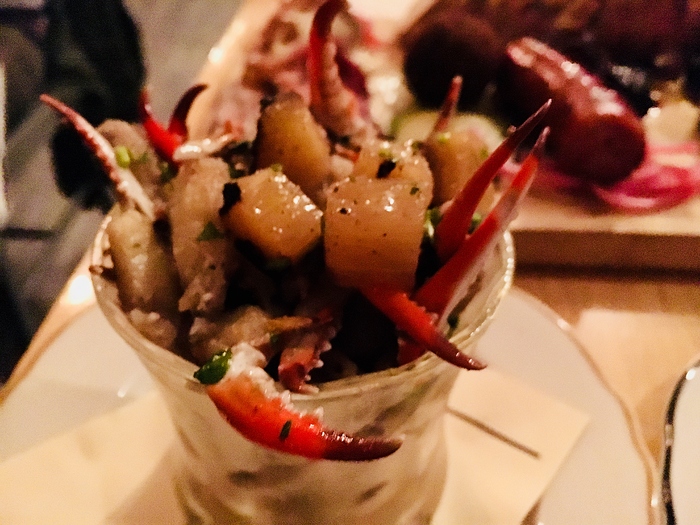 I also got the crab with smoked pineapple. The Crab meat was plentiful but didn’t compare to the sweetness of dungeoness, perhaps I’m not getting it at the best time of the year. Smoked pineapple was great. 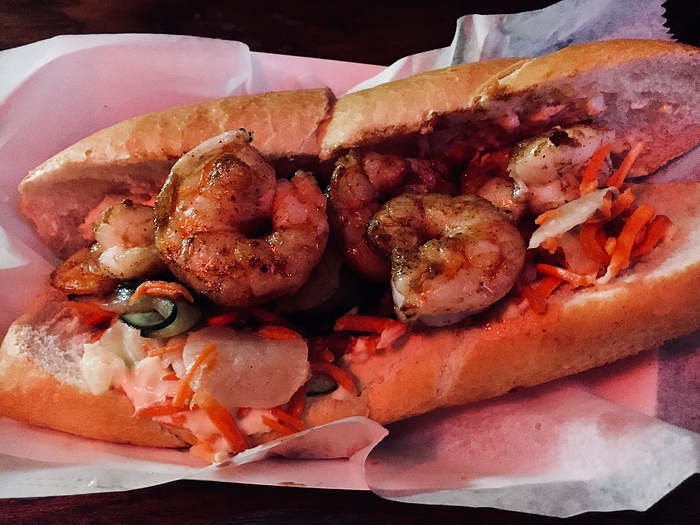 I then head to Killer Po Boys (in the back of Erin’s pub) for a shrimp po-boy, a fusion po-boy closer to a banh mi In bread and preparation. It was fine, but I think I’ve ordered too conservatively and should’ve gone with their more experimental options. 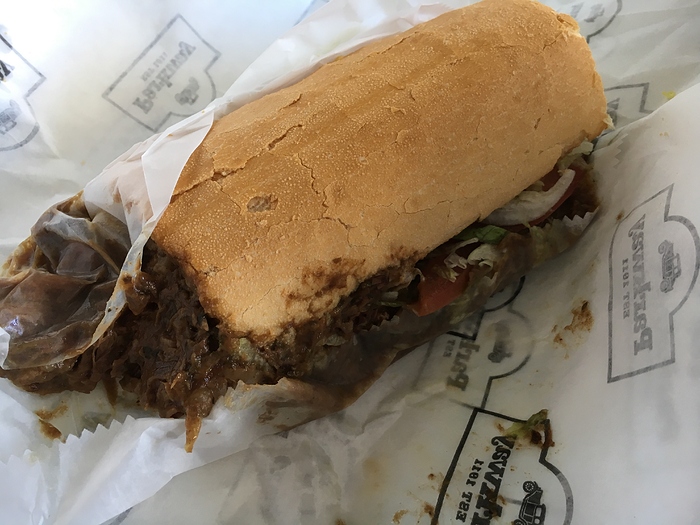 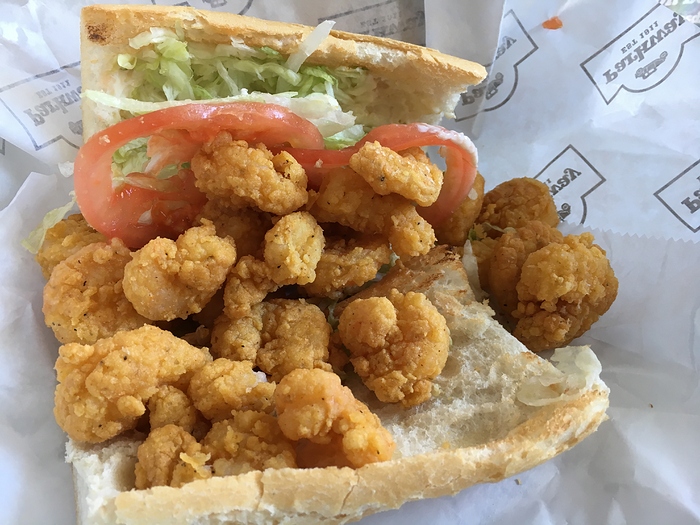 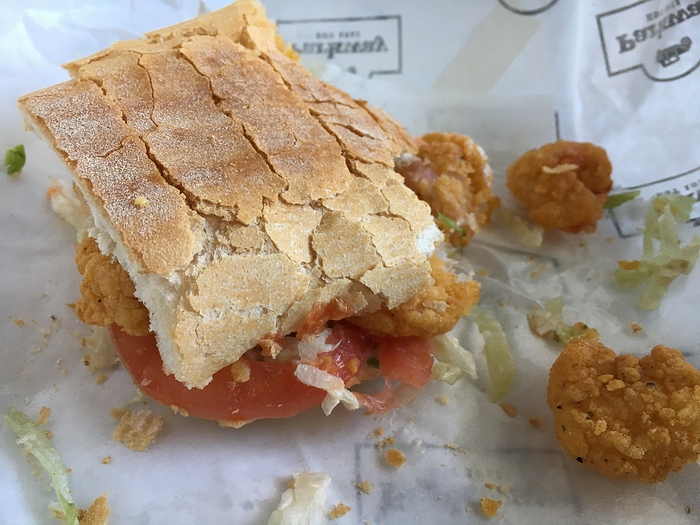 The shrimp po-boy at Parkway Tavern lived up to the hype. The bread’s crumb was airy and the outside lightly crisp, with large surface crackles. Roast beef was huge And sloppy,and didn’t do it for me. 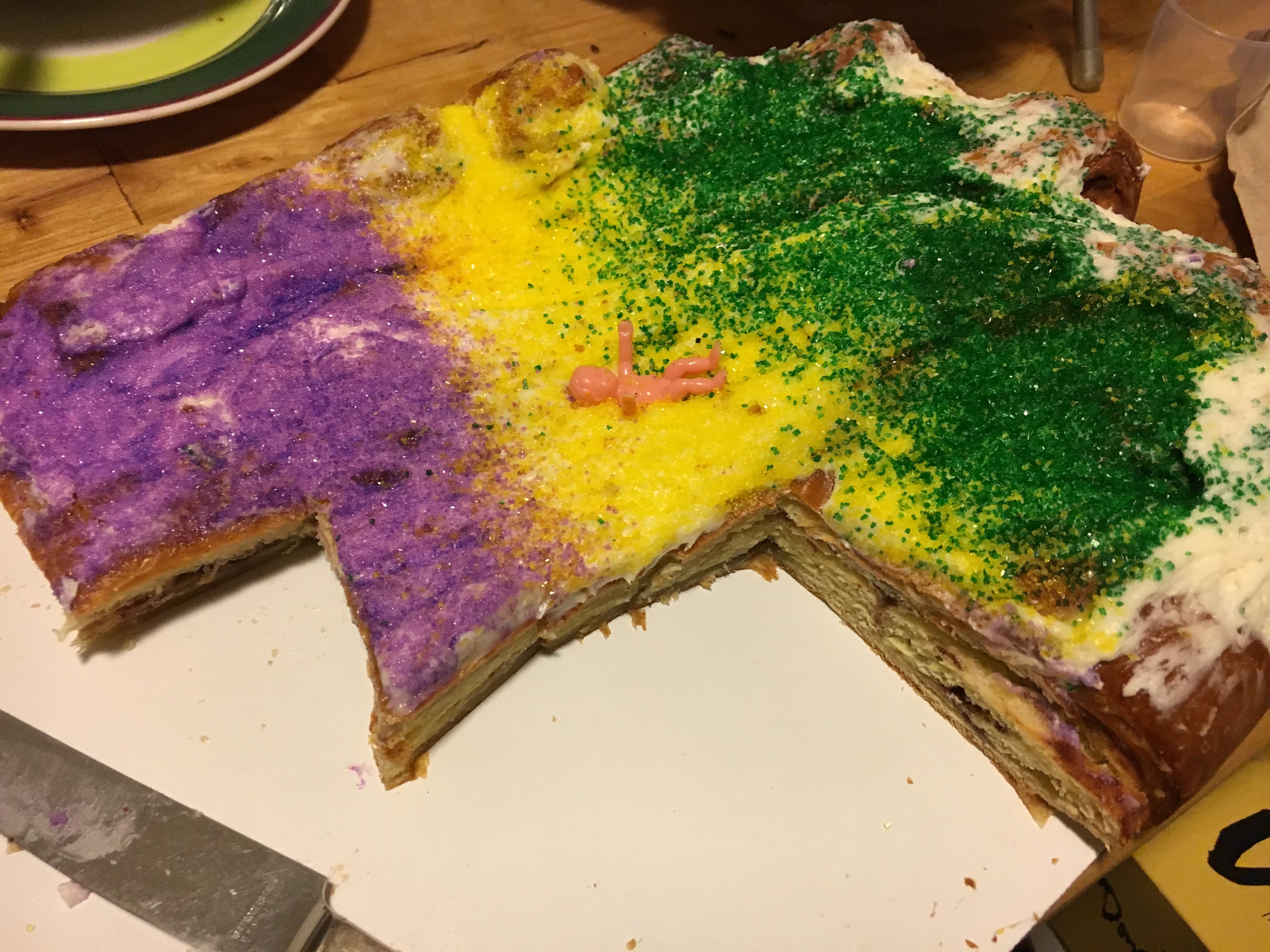 The king cakes I’ve tasted from NO visitors taste like 7-Eleven danishes, so I sought out a king cake from Dong Phuong, recent winner of a James Beard award. I reserved a cinnamon one at at Poeyfarre market and brought it back as carry on. Wow! Not too sweet, brioche-ish dough, cream cheese based icing—- only a Zingerman’s coffee cake has been devoured more quickly in my household.

Poeyfarre market’s proximity to Cochon butcher made for plane carry-on bliss. Buckboard bacon, andouille, and Tasso were my favorite of the several pounds of meat I brought back home. 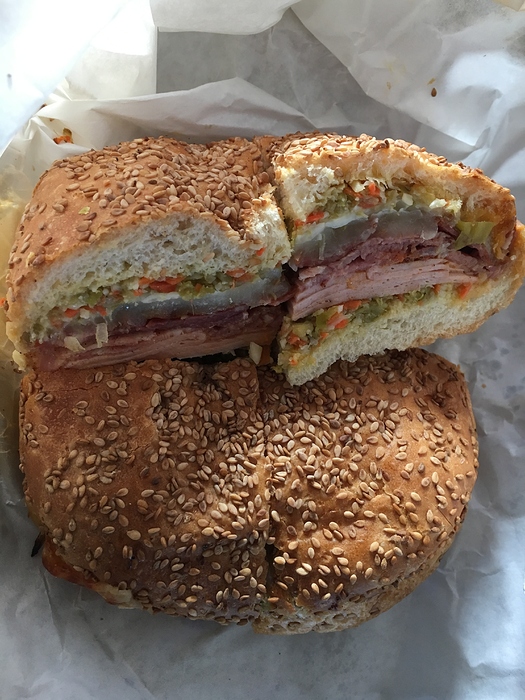 I’ve been told muffaleta gets better with age, but five hours may have been too long to enjoy Cochon’s version– – each component of the sandwich, from sesame seeds to individual meats (was that lardo?), was stellar, and the construction was solid but I don’t feel like the composition led to something more than the sum of its parts. Still a fantastic sandwich though.

Thanks for the report and pictures! I had a similar opinion about Parkway’s shrimp and roast beef debris when I visited a while back. That king cake looks really good, apparently Dong Phuong’s are a hot commodity. Brigtsen’s looks great too.

I think Cochon Butcher’s muffuletta doesn’t travel as well as say the one from Central Grocery because Butcher’s is heated up and their bread is a little softer.

Thanks for linking your report, and for making it in the first place – – I based my selection of restaurants on what you would had written!

Wow, that’s crazy about Dong Phuong’s king cakes only being sold at their original location now. I understood only a handful of places carried them as it was, and I consider myself very lucky to have got one given the bakery’s remote (for tourists) location.