Went to Pêche, chef Donald Link’s seafood themed restaurant in the CBD, for a dinner at the bar. 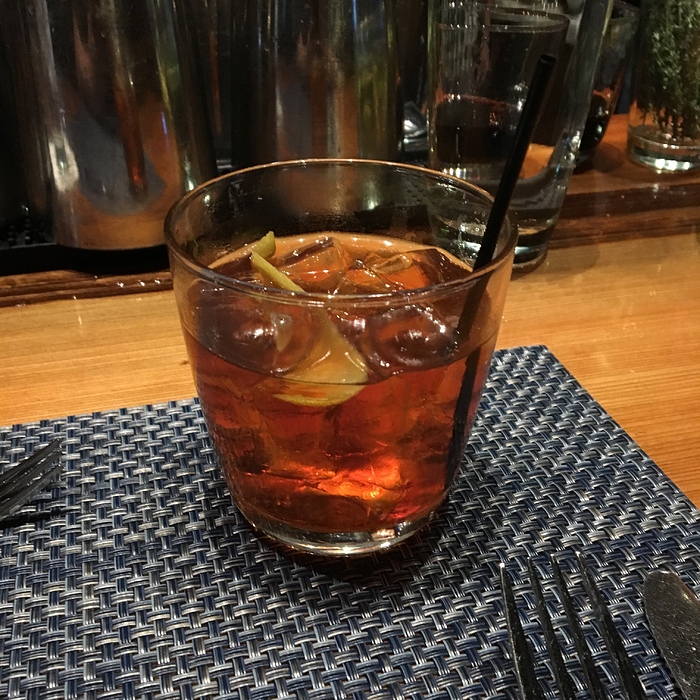 Oysters
Got 3 oysters from Caminada Bay, and 3 from Champagne Bay. They tasted very similar to me. A little less intense in flavor than the west coast oysters I usually get in SF, but also quite plump and meaty. Very good with a dab of the mignonette or the habanero sauce provided. 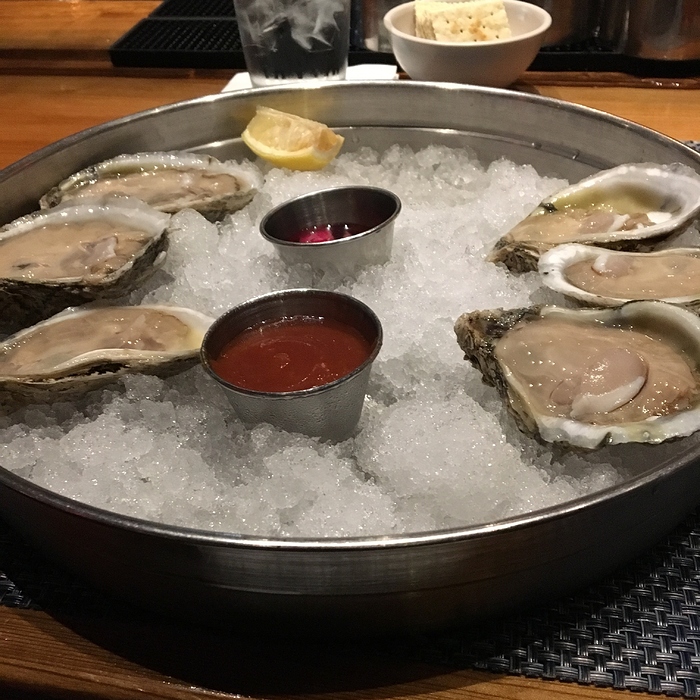 Smoked Tuna Dip
Served with lots of saltine crackers. Very good, tasted like a smoky tuna salad. There were a few little whole fish in there as well (anchovies?). 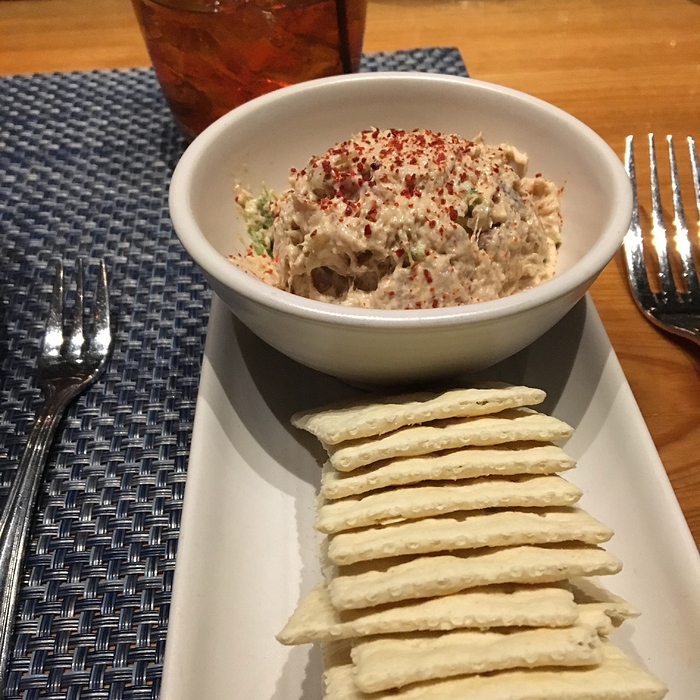 Spicy Ground Shrimp + Noodles
The spicy ground shrimp sauce had a ragu-like consistency and stuck to the wide noodles. A little spiciness added from the chili oil gave it a nice kick. I think the noodles are made in-house. They had a good texture. 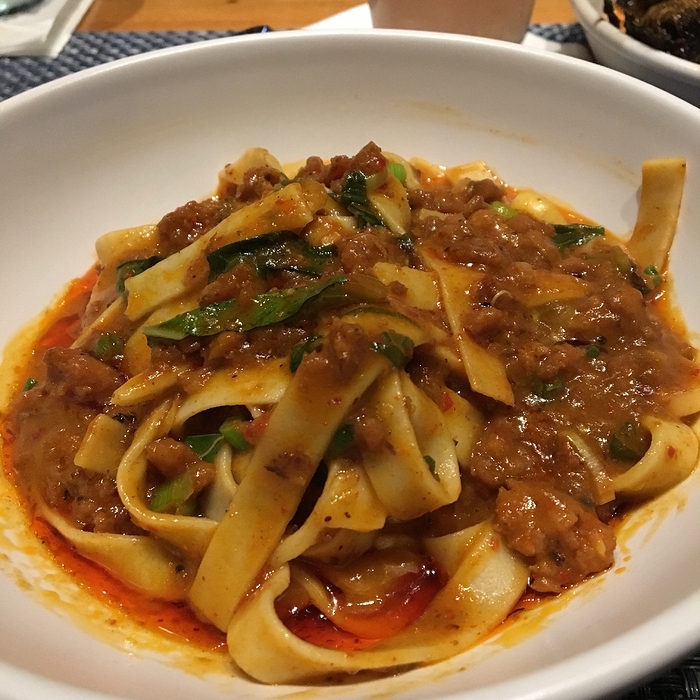 Fried Brussels Sprouts w/ Chili Vinegar
My waiter recommended this to round out the meal. It started out tasting pretty good but the vinegar began to overpower everything, especially when there were only leaves left. The opposite of the salt and vinegar potato chip effect. I ended up not finishing it. May have been better with less vinegar or maybe some more fat to balance it out. 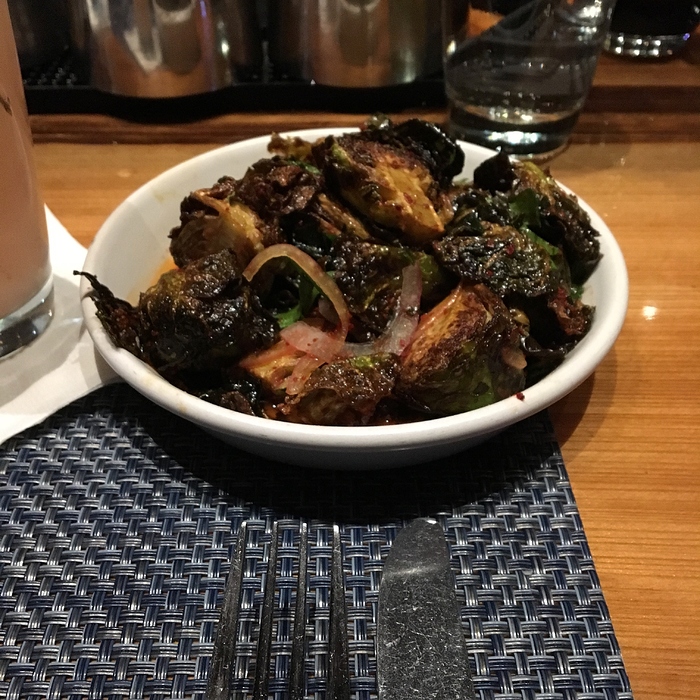