This was my first visit to New Orleans and I wanted to have a meal at one of the creole “grand dames” of the city. Tried to get a brunch reservation at Commander’s but they were booked up that weekend, so I ended up going there for lunch on a very rainy Monday. The rain in New Orleans is no joke. They have a dress code that’s a little more lax at lunch but I ended up wearing a suit anyway. Seemed appropriate in the elegant dining room.

I ended up having their three course fixed price creole lunch, but had the turtle soup instead of gumbo as the first course.

Martini
Good stiff martini. They are 25 cents each at lunch! Limit of three per person (‘cause that’s enough’). I just had one as I also had a very good sazerac and didn’t want to get too impaired. 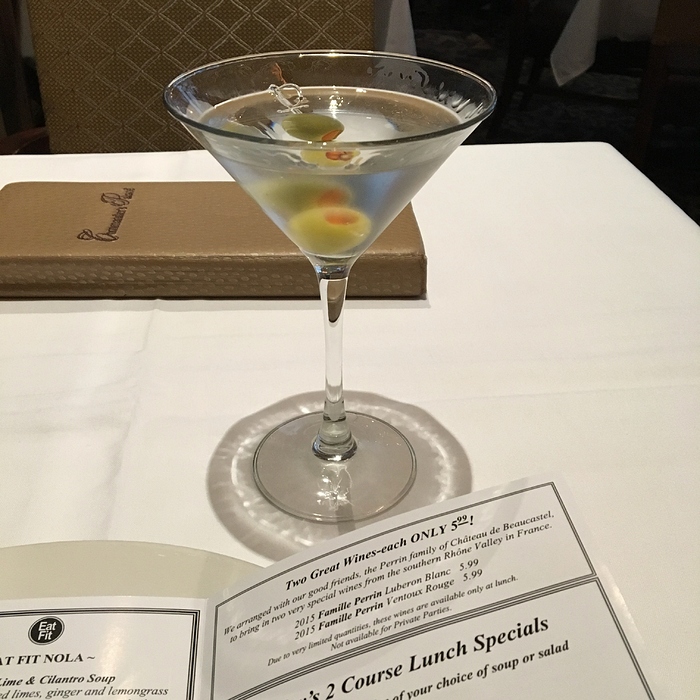 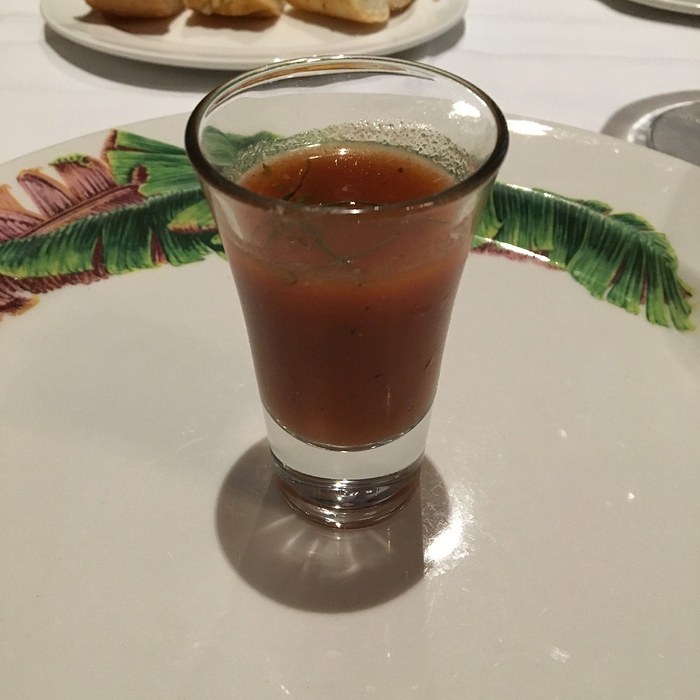 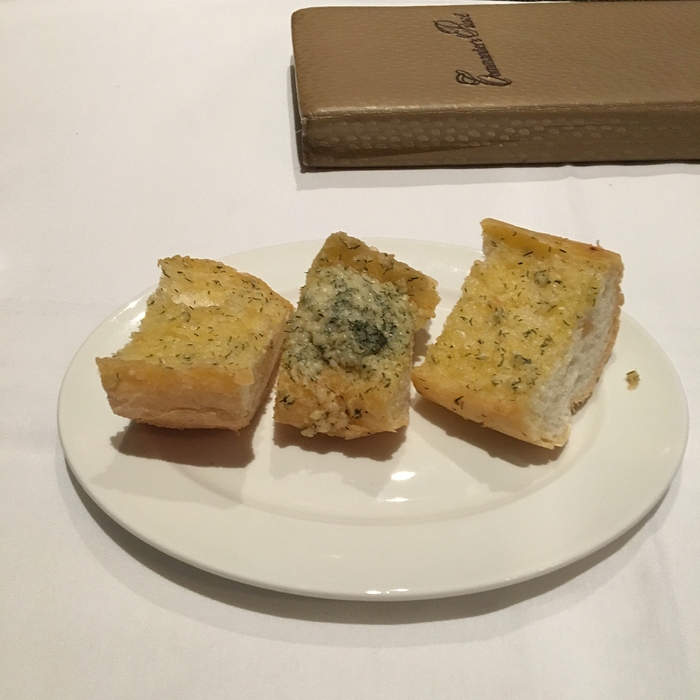 Turtle soup
I’ve only had mock turtle soup before and never the real thing. It was poured out of a metal cup into the bowl and drizzled with a little brandy. The bits of turtle had the consistency and taste of ground beef or ground pork. Did not have a distinctive turtle-y taste, not that I know how turtles taste like really. This was a good, hearty soup enhanced by the brandy. 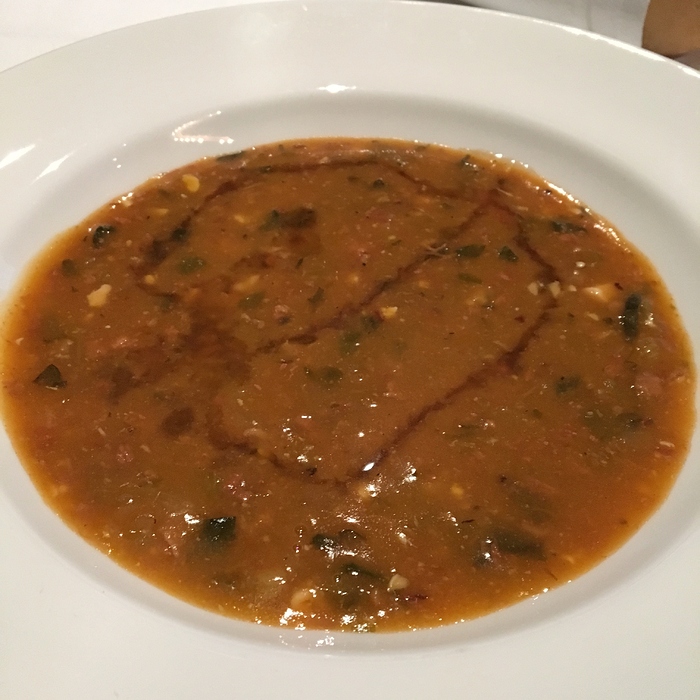 Catfish over grits
This was a special on the fixed price menu, I forget what was exactly in it. Cornmeal battered catfish served over grits, with some sauces and vegetables. Very good. The catfish was fried well, batter was very light and crispy. Grits were good too. 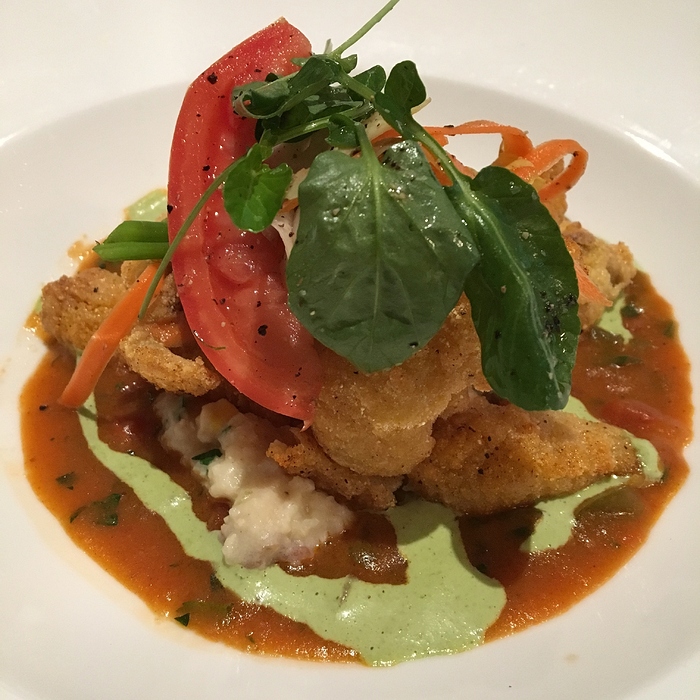 Creole Bread Pudding Soufflé
Nice presentation, my waiter poured the whiskey cream on top of the souffle and it kind of formed a crater. Light souffle layer on top, and a more conventional bread pudding layer on the bottom. Delicious. 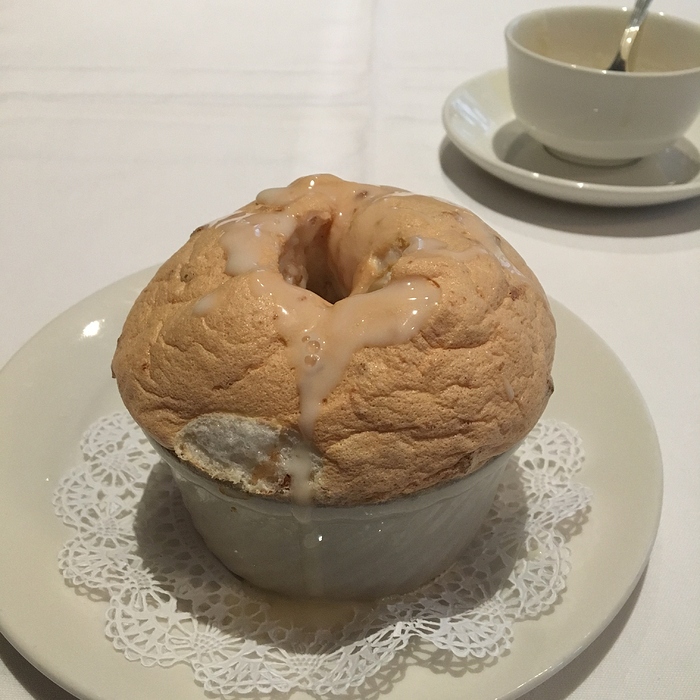 Service was excellent. Also a pretty good deal at $35 for the fixed price lunch, plus the 25c martinis.