New and notable near Lincoln Center?

We’re going to the opera next Friday and looking for something nearby. Pre-theater prix-fixe acceptable but not required. Anything new and exciting? We’ve been to (and enjoyed) Lincoln Ristorante (not to mention most of the old stalwarts in the area like Fiorello, La Boite en Bois, PJ Clarkes, etc.) so we may go back to Lincoln, but we’re up for something new as well. Price point flexible but probably not much more expensive than Lincoln ($78 for their 3 course pre-theater prix-fixe). Thanks!

This is brand spanking new. 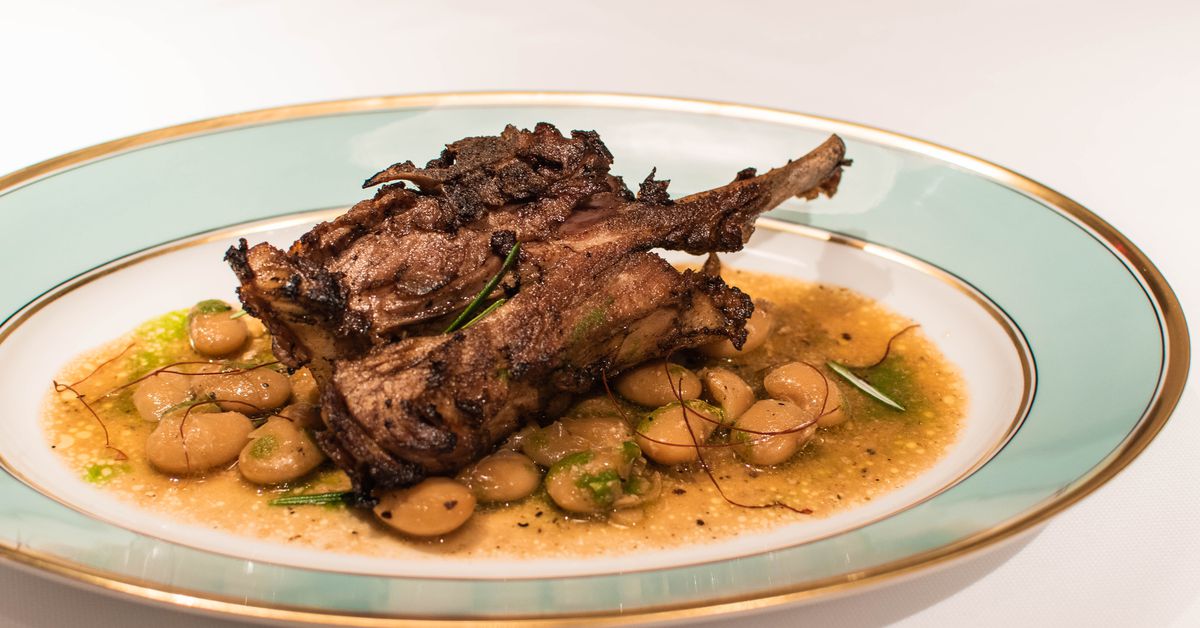 Inside Leonti, the Grand Italian Restaurant Replacing Dovetail on the UWS

Oh wow, this is a coincidence! I was chatting with a pianist the other day and he mentioned that he bartends on the side, and that he had been busy because his restaurant was having a major reopening. I asked where he worked and he said “the restaurant formerly known as Dovetail.” Thanks for the reminder!

You’re very welcome! If you end up there, I’d be very interested in your report.

There’s also The Ribbon on 72nd from blue ribbon bros- not especially new but not included in your list.
Oh, and the new Bluebird London in time warner center, they have a really reasonable pre theater menu and i read a good review of it recently.

If you want a glass of wine afterwards I really like the Vanguard which is super close- nice btg selection
http://www.vanguard-nyc.com

Bluebird at TWC is new, there’s another new one in there but I forget the name.

You’re very welcome! If you end up there, I’d be very interested in your report.

I managed to snag a reservation - a little earlier than I wanted, but we can always kill time before the opera if necessary. I told DH he can make the final call so we’ll see what he says!

We have been to most of these but Bluebird and Oxbow are new to me - thank you for the suggestions!

If you want a glass of wine afterwards I really like the Vanguard which is super close- nice btg selection
http://www.vanguard-nyc.com

I keep meaning to try this place - perhaps we’ll stop for a glass of wine after dinner if we have time to kill before the opera!

Pre theater is the busiest time at Vanguard, and it can be hard to get seats… go early or go after. If you’re not very hungry, they also have a small food menu that’s quite tasty.

We ended up at Leonti and had an excellent meal! Since we were there so early, the place was mostly empty, but there was a lot of hustle and bustle among the staff, as well as a couple of small service issues with the people running food - it was obvious that they are still working out the kinks, but it was nothing major. Lots of people observing in the background as well. Our waitress did a great job and the sommelier guided us to a fantastic bottle. BTW, the wine list is heavily Italian and offered a broad range of prices, from under $50 to $3,000+. We chose a $125 Amarone that retails for around $65-70, so the mark-up was not bad at all.

Anyway, the food was very solid overall, with a few standouts. We started with the Assaggini appetizer course, which was basically 12 different amuse bouche-sized treats. We chose this because there was nothing else in the appetizer section that really appealed to DH, but I ended up being very pleased with the choice. Aside from a cold tripe salad with pickled vegetables that was just a bit bland, they were all quite tasty, with a good variety of textures and flavors - we enjoyed chicken liver pate, a tiny bruschetta with tomatoes, a small salmon/cream cheese bite, a miniature spinach-chard pie, a bit of pata negra, a yogurt sformato, and my favorite, an anchovy filet on buttered toast with a hazelnut. They also supplied two lovely breads (made in house) and small chickpea pancakes.

For our second course DH had the cinnamon fettucine with boar ragu. I was waffling between the chestnut gnocchi and the porcini escargot pasta, and our waitress guided me to the gnocchi. Excellent choice - they were divine. Soft and pillowy with tons of sweet earthy chestnut flavor, just right against the blue cheese sauce. With the buttery chanterelles, it was a stunningly delicious dish. I enjoyed DH’s dish as well, although I was disappointed that the meat in the sauce was ground instead of braised/shredded. The cinnamon was subtle but added a delectable, exotic note.

We had the lamb with tarbais beans and the veal chop with bagna cauda to finish. Both excellent choices and high-quality cuts of meat - buttery and tender. The lamb was actually two preparations - a grilled double chop and a cube of tender braised meat (neck or shoulder I assume). The braised meat was the winner of the whole night! The veal chop was wonderful but I didn’t love it with the bagna cauda, which I felt could have used a small hit of lemon or other acid to perk it up just a touch. It was accompanied by radicchio in a vinaigrette, though, which helped balance things significantly.

We didn’t have time for dessert but it turns out we didn’t need it anyway, for they brought us an absolutely delightful selection of mignardises with the check. There was a fabulously soft, chewy almond cookie, a coconut chocolate meltaway, apricot pate de fruits, a chocolate meringue cookie and my favorite, a Luxardo cherry covered in a salted chocolate ganache. We aren’t big sweet people so this was more than enough dessert for us!

Obviously this was not an inexpensive meal, but I felt the food quality was commensurate with the prices. I don’t know if I would choose it for a pre-opera meal again, though, simply because it was a bit of a nightmare getting back down to Lincoln Center afterwards due to traffic (this was probably exacerbated by the rain, and if it had been nicer out we would have just walked). We will definitely visit again on other occasions, though!

Thanks for the great report! That gnocchi description makes me wish I didn’t hate blue cheese…

I didn’t mention places in the 80s earlier, but if the distance isn’t an issue, I really like Maison Pickle, Han Dynasty (it’s an old prewar dining room, great food and an interesting beer and cider list to match), and Cotta (I like their pizza better than Motorino which is across the street) - busy downstairs at happy hour but there’s an upstairs too.

Aw, too bad! This was actually pretty mild - just a hint of funk. DH isn’t a blue cheese fan either and he didn’t realize it was there until I told him (though he did note the funk). It really complemented the sweetness of the chestnut.

Thanks for the excellent, detailed review! We don’t eat dinner before evening performances (we have a major lunch before and a late meal after). But Leonti could work for us after an ABT matinee.

A big issue for me is the noise level. You did eat early which would be the case for us after a matinee. However, presuming the restaurant filled up while you were there, how noisy was it?

However, presuming the restaurant filled up while you were there, how noisy was it?

I would say it was about three quarters full when we left at 7:30, and imo the noise level was not bad at all. We did have one extremely loud talker at a nearby table, but that was the only annoyance. Ambient noise was minimal and most other patrons were using their inside voices, thank goodness!

Glad to hear the noise level is reasonable. Obviously, there’s always the possibility of loud speakers or noisy tables.